This fall John Quale and his University of Virginia students are proving that “extra small” may be the next big step in green and affordable living. The ecoMOD XS project—the fifth to come out of Quale’s ecoMOD studio class, which was established after the university’s triumph in the 2002 Solar Decathalon Competition—asked students to design […]

This fall John Quale and his University of Virginia students are proving that “extra small” may be the next big step in green and affordable living. The ecoMOD XS project—the fifth to come out of Quale’s ecoMOD studio class, which was established after the university’s triumph in the 2002 Solar Decathalon Competition—asked students to design small, environmentally-friendly Accessory Dwelling Units (ADU’s) or “granny flats.” Working in collaboration with a local group on the aging, the students created affordable, zero-energy units, which meet a variety of accessibility criteria and achieve a LEED Platinum rating. The students were broken up into six teams of two and encouraged to generate conceptual schemes that pushed the boundaries of conventional residential design. The six final designs will be exhibited at the Charlottesville Community Design Center (CCDC) in January, as well as made public via the ecoMOD website and affordable housing providers. “We’ll be creating drawings detailed enough that it will be easy for them to approach a modular builder or on-site builder to complete the work,” Quale says. “We will also be trying to spread the word about the designs—which will be available to be licensed for a low cost—as broadly as possible.” In the meantime, here’s an early look at designs created to allow grandma or grandpa to age gracefully in place, tucked efficiently into a shady corner of the backyard. 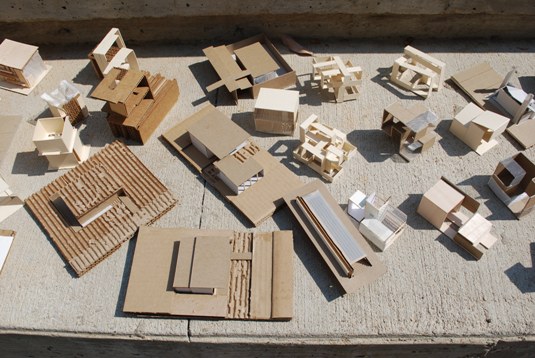 The students made some exploratory models individually, before teaming up to produce the more detailed designs. 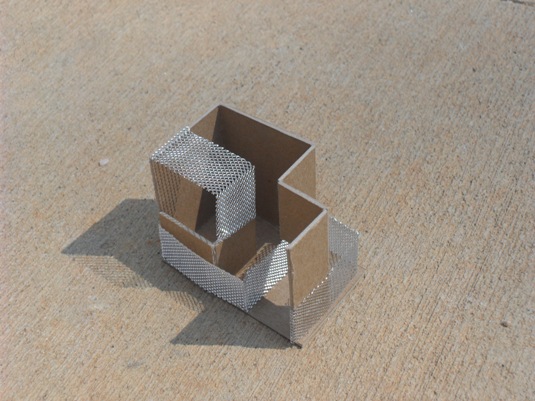 Two contrasting material elements weave and wrap about each other to create variations in both interior and exterior spaces. Model: Peggy Chang. 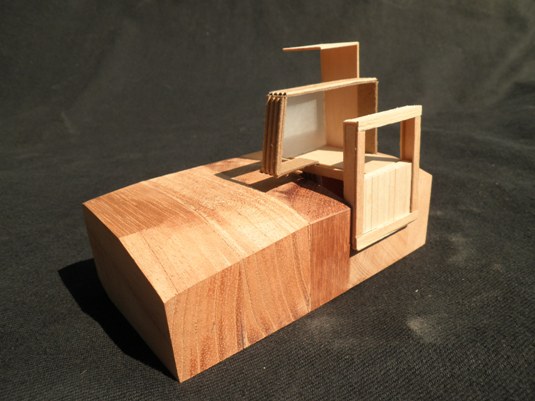 Part of the house is submerged, but the interior still maintains a feeling of openness.  The operable walls respond to the orientation of the site and allow different levels of privacy. Model: Lauren Nelson. 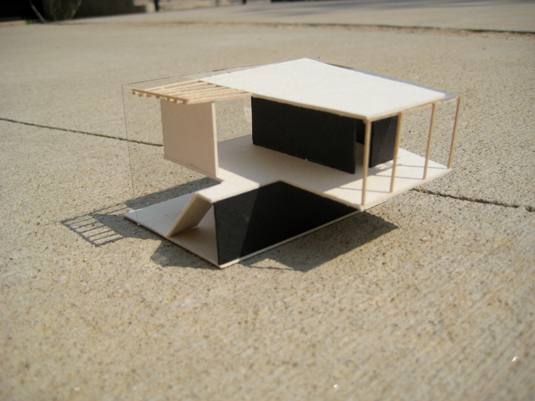 The integration of opposites can create elegant and practical spaces. A successful home balances transparency and opacity, expansion and compression, the public and the private. Model: Lynn Teng. 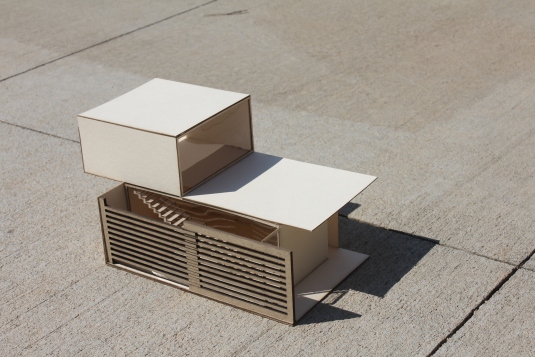 Creating a large opening to nature and light blends the interior and the exterior. The cantilevered form provides multiple social spaces, whether private or public. Model: Shehzeen Cassum and Peggy Chang. 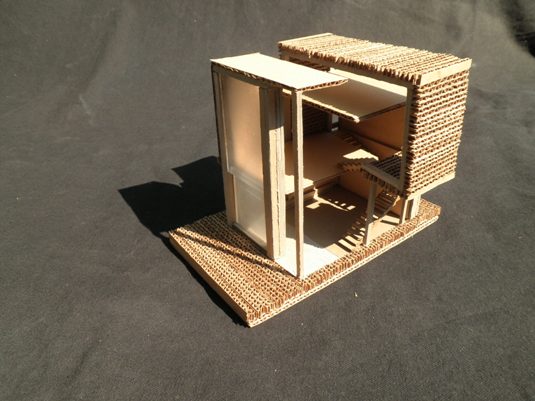 Interconnected spaces and a green wrapper bring nature into the design.  Movable walls and windows allow the house to respond to its environment. Model: Ben Dance and Lauren Nelson. 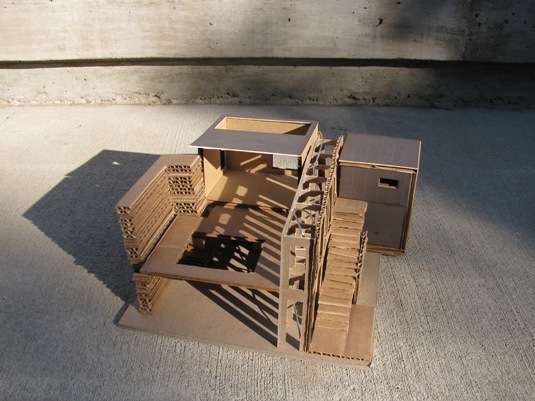 The modular wall that divides the public and private spaces can house all the utilities of the building, besides acting as a slot for solar technologies. Model: Erik De Los Reyes and Liz Rivard. 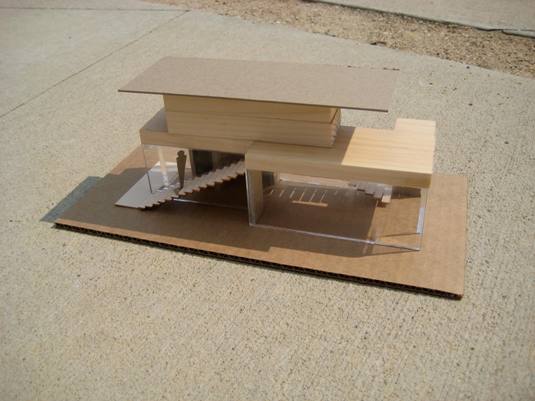 A social house merges two worlds — the personal life of the family and the social life of the neighborhood. The open transparency of the first floor invites the outside within, and a staircase directly connects the front porch and the upper deck space. Model: Britteny Madine and Lynn Teng. 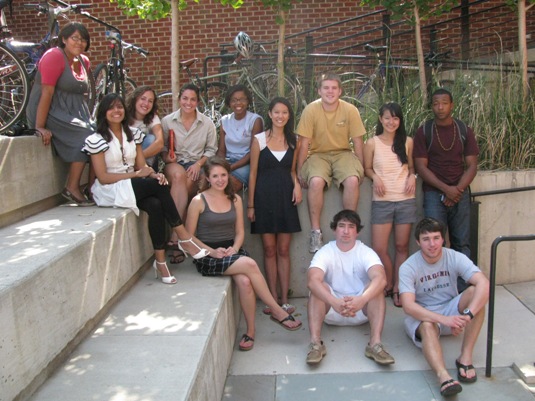