The craft revolution has been brewing for years-from the late-nineties hipster appropriation of knitting to last year’s standout traveling exhibition Radical Lace and Subversive Knitting, from the dedicated DIY-ers who make apron smocks out of old pillowcases to the popularity of ReadyMade magazine. One of the strongholds of that revolution is the Pacific Northwest, with its vibrant tradition of craft, and of subverting traditional craft. Starting this week Portland’s Museum of Contemporary Craft pushes that one step further with their new show, Manuf®actured: The Conspicuous Transformation of Everyday Objects. Guest curated by Steven Skov Holt, who is a former editor of ID and current head of the CCA’s Industrial Design department, and art historian Mara Holt Skov, this exhibition focuses on artists who are using craft techniques to make art out of mass manufactured objects.

These are not just pretty curiosities. An elegant column dress by artist Cat Chow is, upon closer examination, made out of a single, very, very long, industrial zipper. 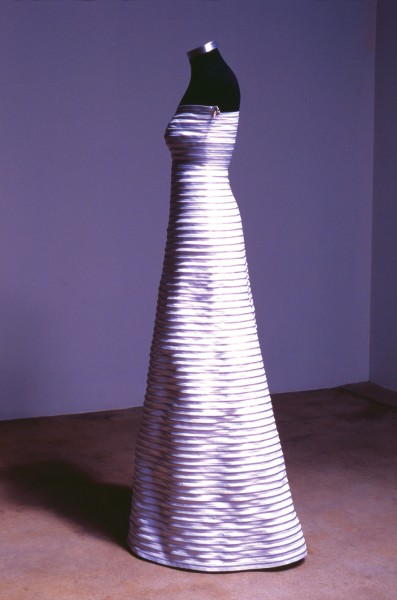 A cache of toy soldiers melted together to form a bowl becomes a meditation on war, while a vast array of lipstick tubes, with the lipstick itself carved into chess piece-like shapes, is an equally poignant look at the war of self-image. 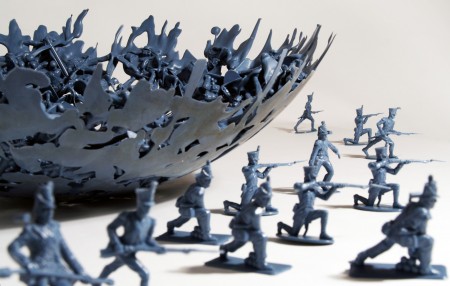 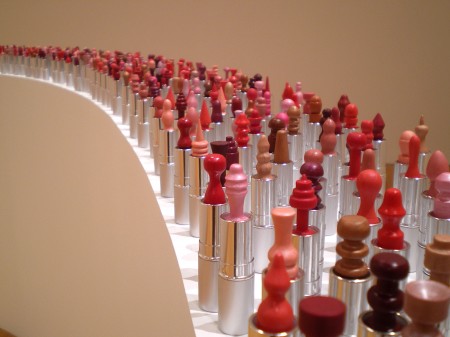 The show, ultimately, hopes to “illuminat[e] issues such as over-abundance, re-appropriation, the relationship between creator and creation and environmental awareness through thought-provoking reuse.”

Bonus: On Thursday, September 18th, the guest curators (who have cleverly subverted the tradition of double-barreled surnames) will be presenting a slide lecture at the museum discussing the three-years-in-the-making development of Manuf®actured.