Architects and planners are often eager to shepherd infrastructure into the shadows of a city. Amy Mielke and Caitlin Gucker-Kanter Taylor advocate for the opposite—revitalizing Las Vegas’s stressed water supply and putting it in plain sight for all to experience. 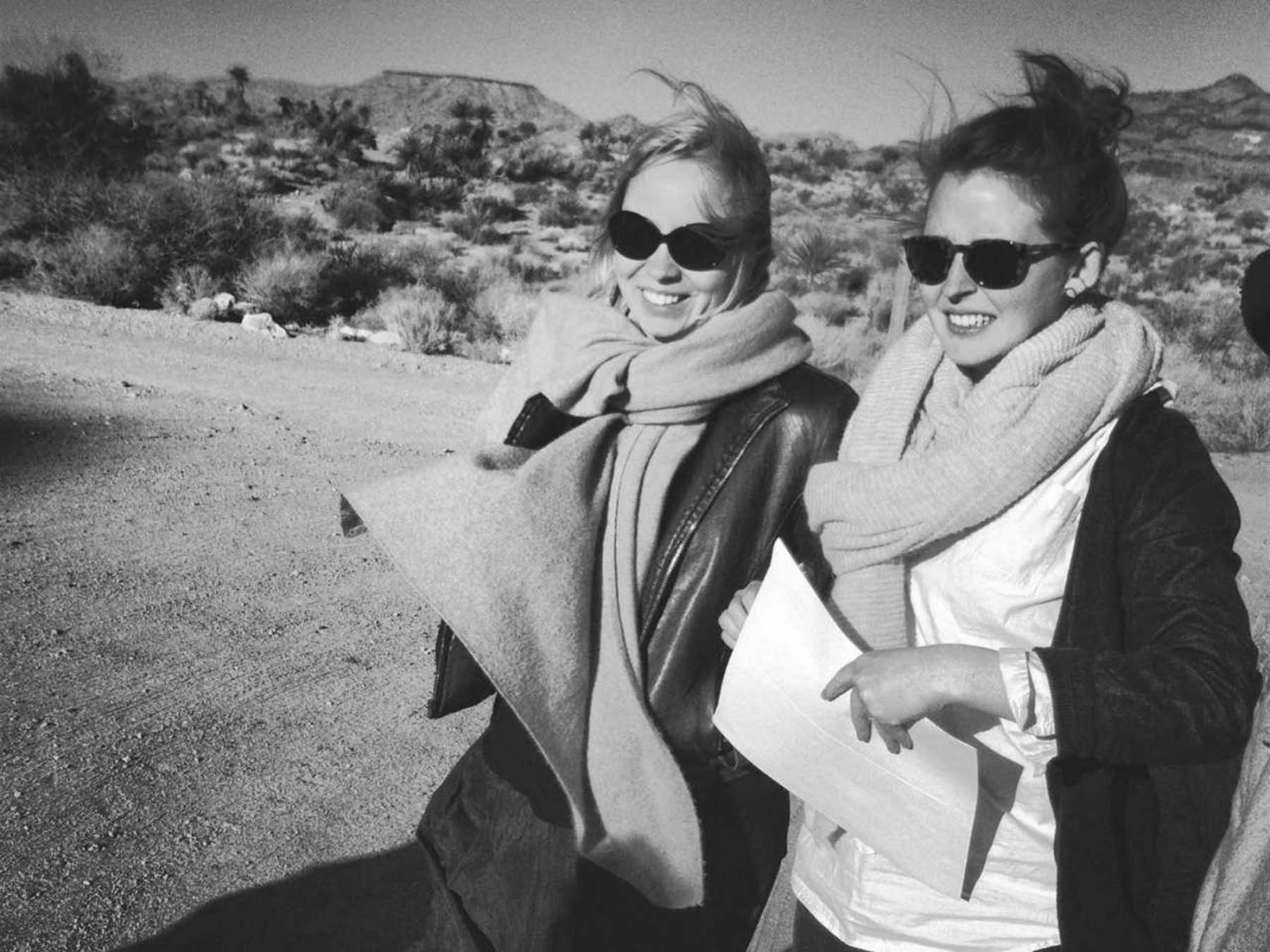 Amy Mielke and Caitlin Gucker-Kanter Taylor are the designers behind the Poreform project, a recipient of the 2014 North American Holcim Gold Award that aims to reframe water as a valuable resource and urban amenity

For architects, particularly American architects, Las Vegas is something of an enduring enigma, an absurdity that has to be confronted at some point or another. It looms there in the back of many a practitioner’s mind, or at least it does for those given over to self-aggrandizement or historical role-playing. The inflicted can blame Robert Venturi and Denise Scott Brown, who polemicized the Strip’s cavalcade of infantile trappings and fuddy T-bone gigantism. But as four decades separate us from the quaint world of Learning from Las Vegas, what is there left to glean from this incorrigible place?

Designers Amy Mielke and Caitlin Gucker-Kanter Taylor—far from self-promoters—think there remain lessons to be learned. Like those erstwhile pioneers Bob and Denise, Mielke and Taylor first encountered Las Vegas as part of a graduate-school studio, their last at the Yale School of Architecture. The thesis project they developed there formed the basis of their professional collaboration, Water Pore Partnership (WPP).

The pairing was fortuitous—Mielke studied architecture at Oklahoma State University before moving to New York City to practice, eventually making her way to Yale, while Taylor had a background in biochemistry. “She said she was interested in infections, and I said I liked temporary architecture, so we thought, ‘Let’s see where this goes,’” Mielke remembers.

For the duration of the youthful partnership, the object of study has been water (it’s right there in the name, after all). And while their aim seems almost single-minded, it’s impressively multifaceted, if admittedly unglamorous: How to sensationalize the mundane mechanisms of water storage, rain collection, and flood controls? Poreform, the modular system of water capture that Mielke and Taylor designed for Las Vegas, injects these infrastructures with verve and drapes them in spectacle. It layers a seductive concrete skin on otherwise typical storage tanks that can be plugged into the city’s existing pipelines. These tanks would be integrated at crucial junctions between downtown and surrounding suburban enclaves, acting as sponges to absorb some of the tens of billions of gallons of water that fall on Las Vegas each rainfall. 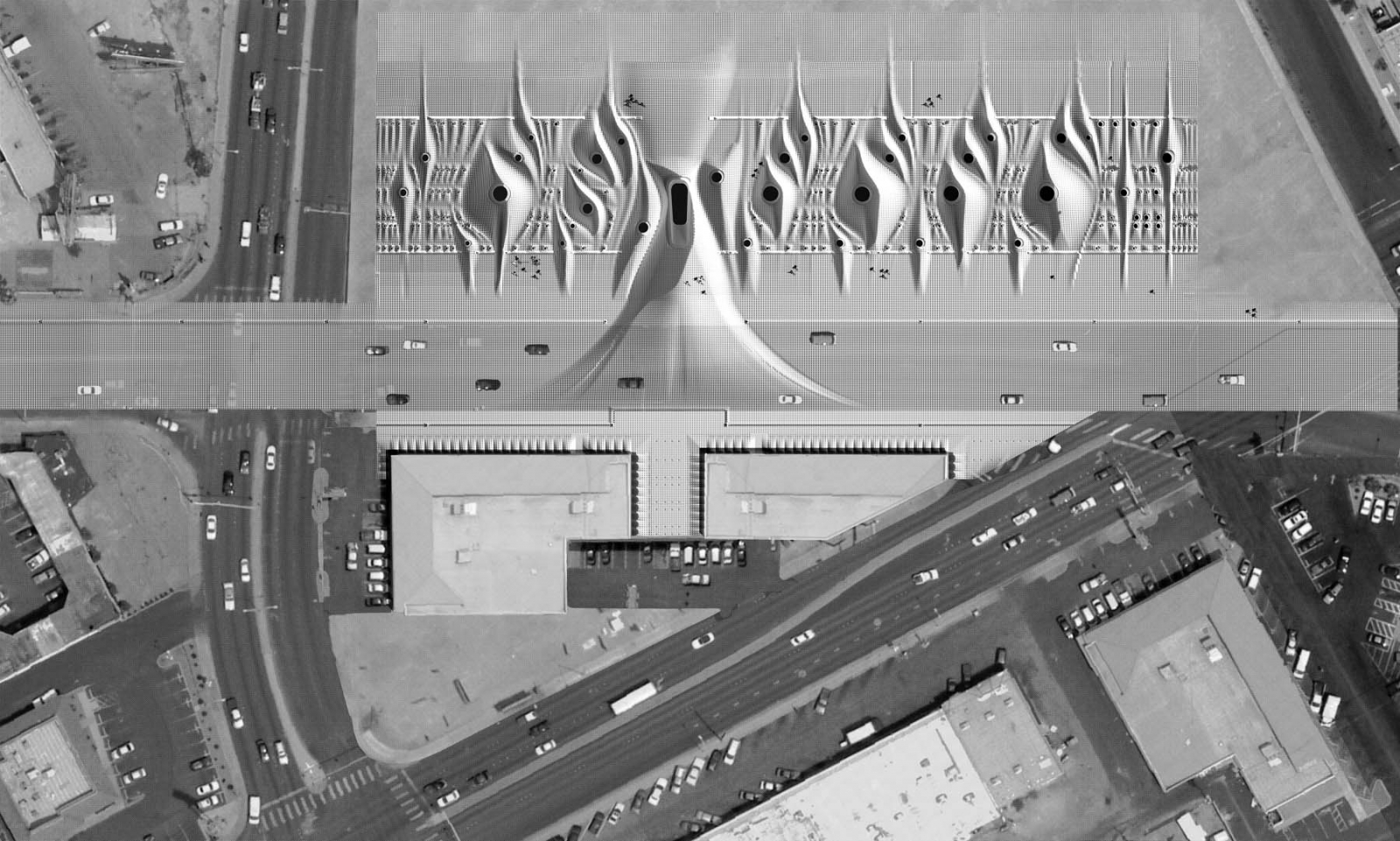 Las Vegas is plagued by drought and flash floods that unleash billions of gallons of water onto the city—most of which is lost to runoff. “The overall contrast between extreme scarcity and flooding became a really productive thing for our project,” says Caitlin Gucker-Kanter Taylor. The solution, she adds, was to balance an im- balanced system by “capturing as much floodwater as quickly as possible, and then hold it.”

Beyond its functional (read: absorptive) capacity, Poreform also carries political resonance, encouraged by Mielke and Taylor’s then-professor Keller Easterling. “The studio was laughingly interested in Tony Hsieh’s urbanism-as-start-up proposal for downtown,” Easterling says of her time with the twosome. Since defunct, Hsieh’s urban aspirations amounted to the stuff of “naturally occurring fiction” and scenery-chewing chutzpah—not to mention hype— that Easterling suggests Las Vegas is prone to. Irrationality easily takes hold here, she says, and the city’s “risky relationship with water use similarly defies all reason.”

Despite their centrality to the concept, Mielke and Taylor surprisingly knew little about the politics and economy of water management before embarking on their shared project. Las Vegas’s improbable formation and its artificial cityscape— the modish architectural historian Reyner Banham, sunburnt and channeling his best desert hippie, abstracted it as “pure environmental power”—offered many rabbit holes to burrow into and take creative refuge. “Las Vegas came before water for us. I didn’t know the first thing about it—I’m pretty sure I Googled ‘water issues Las Vegas,’” says Mielke. Taylor explains how cursory research gave way to entrenched engagement with two key problems that have plagued the city since its founding: drought and flash floods. As she recalls, “We got deep into the municipal records, flooding records, and flood maps, and tried to understand how Las Vegas maintained and valued its water resources.”

The diligence paid off. In September, just over a year since graduating, Mielke and Taylor received the North American Holcim Gold Award and $100,000 (the same bounty awarded to Shigeru Ban, last year’s Pritzker Prize winner) to develop their project from architectural schematic to proof of concept, and, if they’re lucky, physical implementation. Currently, WPP is in the first phases of prototyping, having enlisted aid from Holcim and its concrete technology experts, and engineers from Arup. 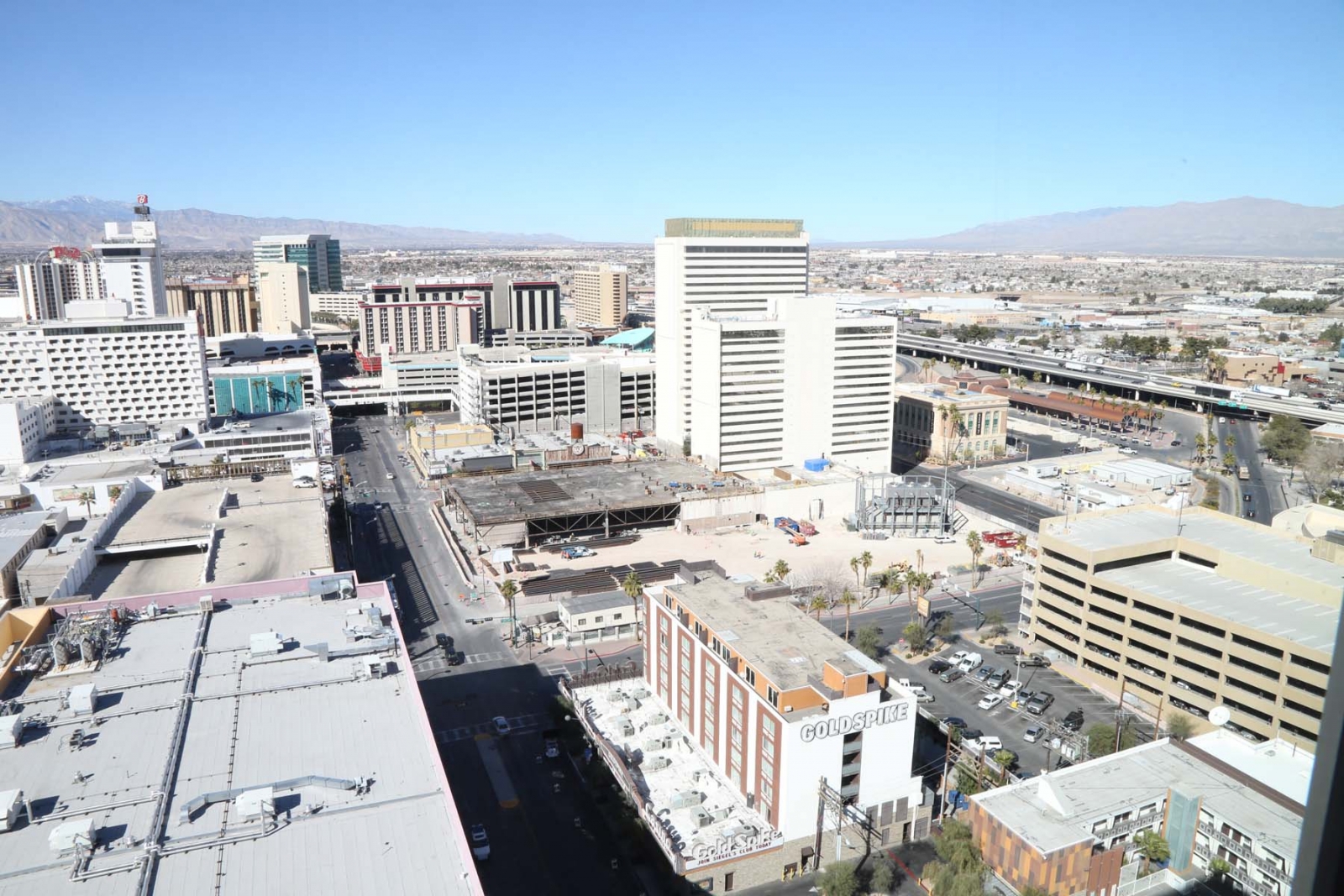 The Vegas Strip and downtown are situated at the center of a bowl, surrounded by suburban developments that move uphill around it. “The city has to spend a lot of precious energy pumping water uphill to the suburbs,” says Taylor. “The further uphill the suburbs sprawl, the harder it is to get water up there.”

“What initially drew me to Water Pore was the idea of bringing attention to and creating a place for stormwater that doesn’t just hide away under the street like traditional infrastructure,” says Arup engineer Nancy Choi. For Choi, a specialist in storm and wastewater management, Poreform is in some ways akin to +POOL, whose architects she has consulted with. That project, envisioning a cruciform-shaped natatorium in the East River, was a crowdsourcing hit that made public amenities sexy (or dumb) enough for Internet consumption. “Instead of sending water down a pipe or staying away from urban waters,” Choi adds, “the projects try to reimagine ways to interact with, acknowledge, and accept water in the urban environment.”

This is at the core of the project and the partnership in general. As the Holcim jury commendation reads, Poreform articulates a desire to recover the heroic role of infrastructure, in the process reconceiving it as an architectural undertaking. “As architects, we typically think of infrastructure as being in service to us,” says Mielke. “Instead, we’re trying to explore how these types of systems can benefit from an architectural way of thinking.” Taylor agrees: “The primary issue is not hiding shared infrastructure from the public it belongs to.”