All photos courtesy the architects

In central Florida, on the campus of Florida Southern College, stand no fewer than 11 Frank Lloyd Wright–designed buildings—the largest collection of the famed architect’s work gathered on one site. Built over nearly two decades, from 1941–1958, Child of the Sun—as the buildings are collectively known—was given landmark status in 2012. But restoration efforts, overseen by Albany-based Mesick Cohen Wilson Baker Architects (MCWB), were by that point already underway. In 2007, the firm completed the Water Dome, a wading pool animated by vaulted jets of water, which Wright had intended as the campus’s centerpiece but never actually built.

Among the several key buildings MCWB was charged with restoring, none proved as difficult as the Annie Pfeiffer Chapel. The chapel features Wright’s distinctive textile block system, first used in 1923 on his famed John Storer House in Hollywood, California. Wright designed the blocks to reflect his concept of an “organic” architecture that appeared to arise naturally from its surroundings. At Florida Southern College, these modules are used most sculpturally at the Annie Pfeiffer Chapel; but a 1944 hurricane and a misguided 1981 restoration campaign—not to mention decades of exposure—have left much of the structure’s blocks compromised. As MCWB soon discovered, the costs of replacing the thousands of elaborately patterned textile blocks used to construct the building would be enormous.

Given that the original molds were made by craftsman, the knowledge of their making was never systematically recorded. How then, the architects asked, could the building blocks be faithfully and economically recreated? 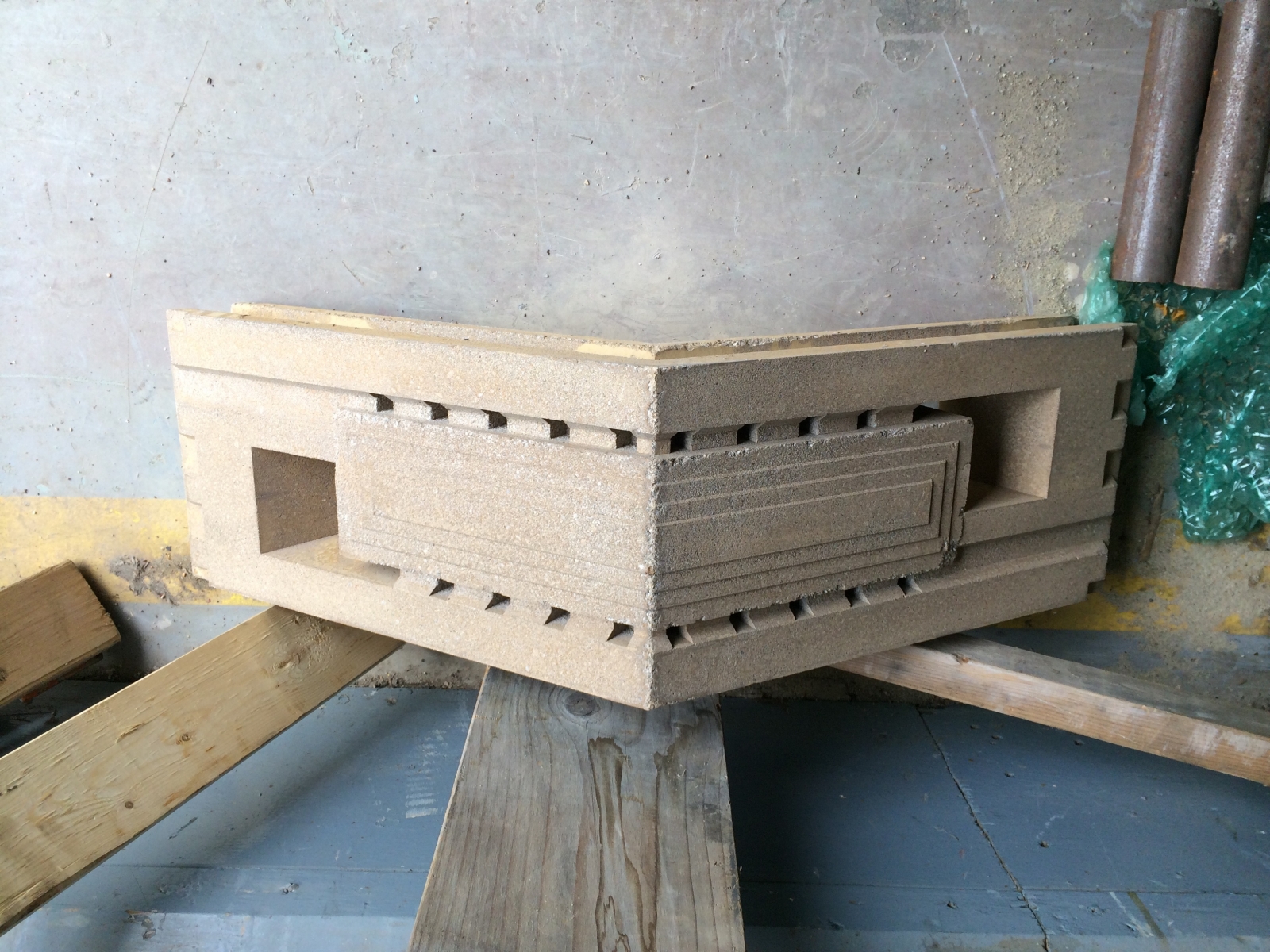 Architect Jeff Baker, a partner at MCWB who is overseeing work on the chapel, looked to 3-D printing as the answer. “I’ve been interested in this for the last twenty years but haven’t been able to apply it until recently,” says Baker. What’s changed in that time, however, is the advent of affordable desktop 3-D printers. “We still do most of this sort of work using hand-machined methods,” he says. “[But] it’s clear that 3-D printing, combined with CNC machining, will be the way of the future for these and similar molds.”

With Baker’s help, the college was able to secure grant money to investigate and apply 3-D printing in the recreation of the building blocks. They received a $50,000 grant from the Florida Division of Historical Resources and $350,000 from the National Park Service’s Save America’s Treasures Program. With the funds in place, they have been able to purchase the hardware necessary to carry out Baker’s scheme.

To recreate the blocks, Baker’s team looked to Wright’s original blueprints, and, from those, created baseline 3-D-software models and then the negatives of the blocks. Elements of the molds were isolated to fit within the beds of the 3-D printers, and then printed. They added some handmade parts to the printed elements to produce the new molds—a hybrid approach intended to save money and time. 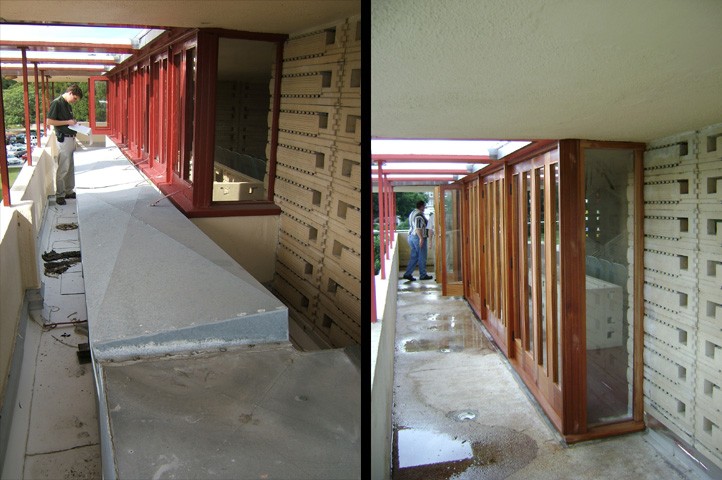 As part of their restorative work, MCWB removed the ductwork that occupied large parts of the chapel’s balcony and relocated it elsewhere in the building. New, full-height mahogany doors were also installed following Wright’s original project drawings. The concrete blocks in question can be seen to the right.

The process was less straightforward than it now seems, Baker says, recalling the toubleshooting involved in the project. “We tried various printer types, different types of materials, and various software programs—all with seemingly infinite setting options—to determine how to print the parts and get them to release from the molds,” says Baker. He adds that, while they have had initial success, they are still refining the process and expanding it to encompass larger parts of restorative work.

Baker sees this as a game changer for the entire architectural profession. “It will certainly affect the restoration field and will do so in ways that are beyond our imagination at this time,” he says. For the time being Florida Southern College is happy that one of its Wright buildings is being brought back to life. 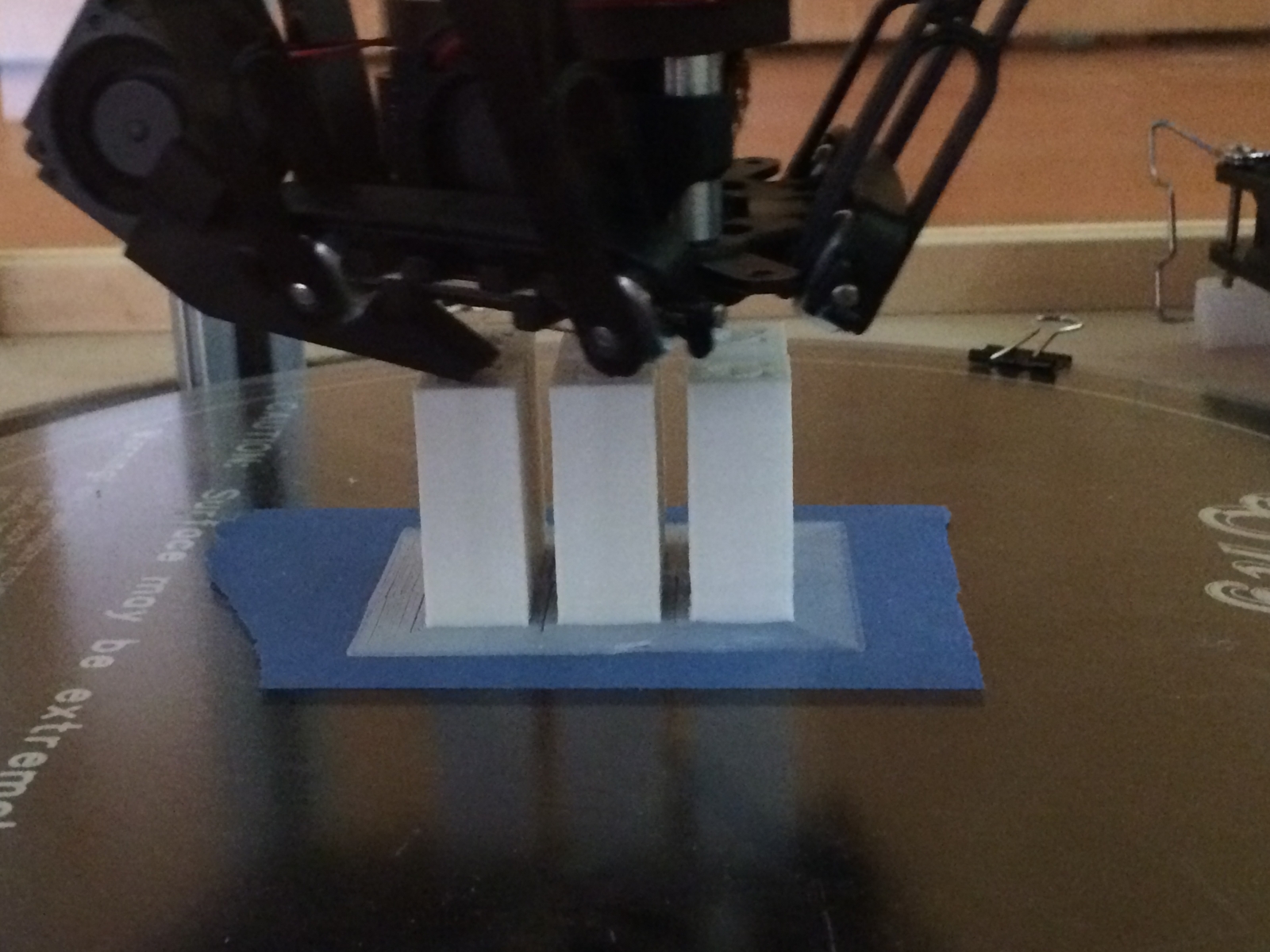 Some of the more difficult parts of the molds to make are the small holes for the cast glass inserts, Baker says. Here, forms are being printed to create the voids in the finished blocks. 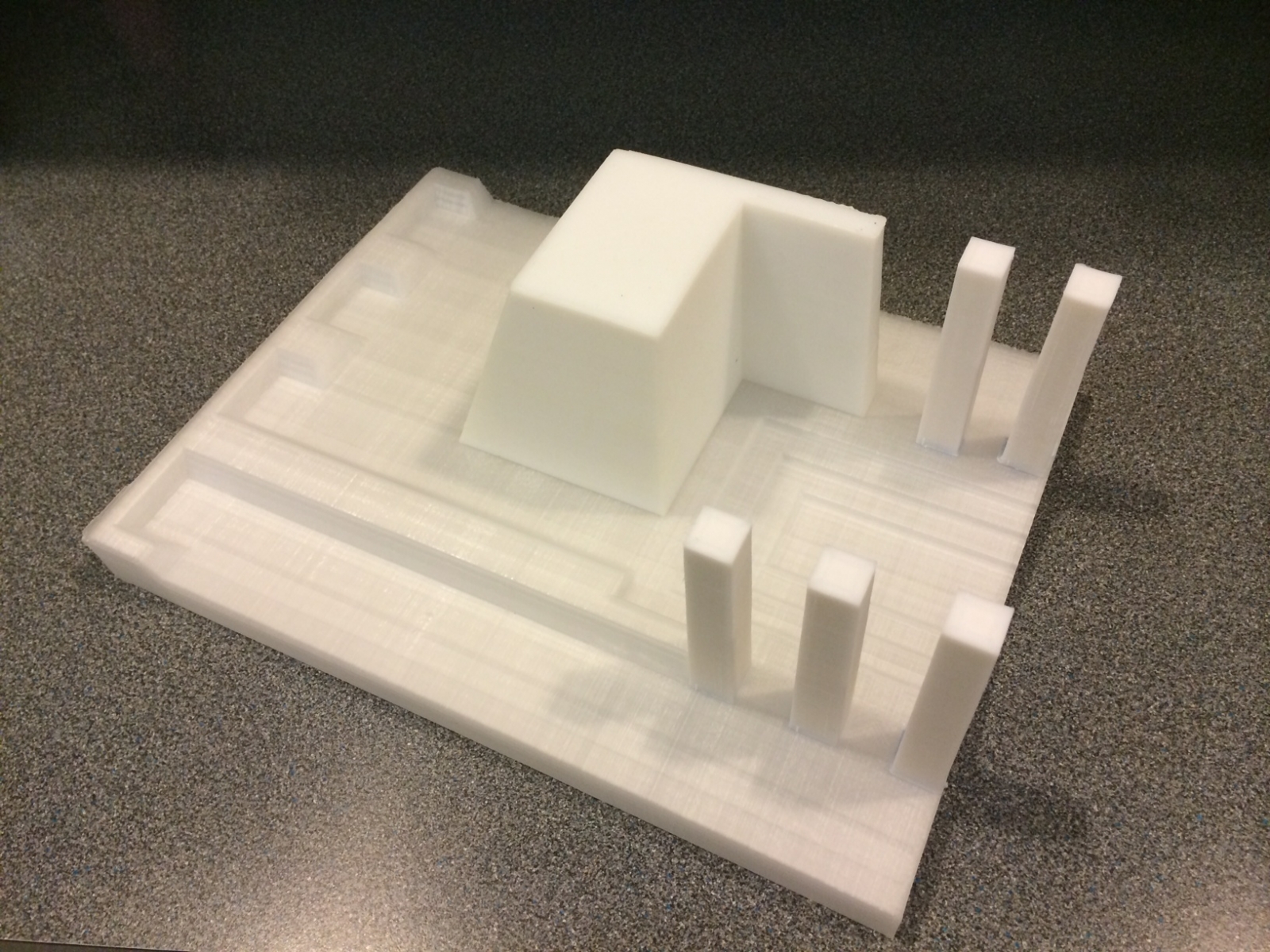 Although not yet used in the project, printing of the molds continues with the intent to print the entire mold faceplate which will dramatically decrease the cost of mold manufacturing on campus.