In China, Health Has Been Compromised for Wealth

Can China use its design intelligence and inventiveness to overcome environmental dangers? 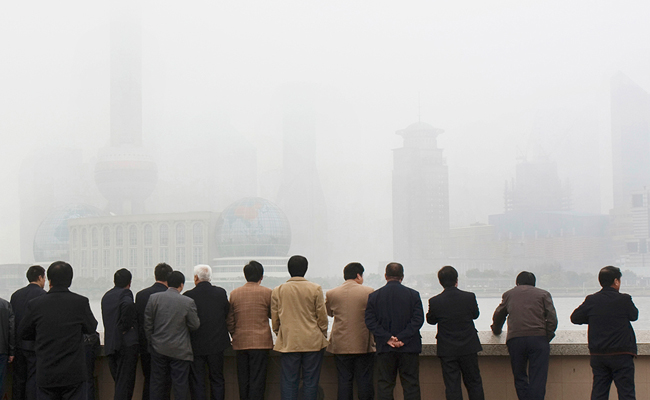 On Friday, January 17, 2014, 9:39 a.m. (New York time), the Real Time Air Quality Index (AQI) in Shanghai is 239. That reading, according to the EPA, is “very unhealthy,” and comes with a warning: Any number above 201 would trigger an alert signifying that everyone—not just children, older adults, or those with heart disease—may experience serious health effects.

I’m checking the Shanghai AQI because, during my recent stay there, pollution was a daily topic of conversation, and I keep thinking about what I saw, heard, and experienced. The murky air we observed from the 100th ﬂoor of the Shanghai World Financial Center became a harsh reality on the street. In the heart of the ﬁnancial center, in the historic settlements built by the French and British—everywhere in this spectacular city of about 24 million, it was nearly impossible to escape the pollution.

On that same Friday in January, Australia Network News carries the lede: “China’s capital has been shrouded in dangerous smog, cutting visibility down to a few hundred meters.” The day before, Beijing’s ofﬁcial AQI hit the top of the scale: 500, or “hazardous.” The billion people who can’t escape to high-rise ﬂats or ofﬁces are living with a man-made calamity produced by the great economic boom that’s shifting the world’s power to Asia. That is, if we judge the wealth of nations by only economic activity.

But the unprecedented growth of automobile trafﬁc, construction, coal-burning power plants, and manufacturing also tell us that quality of life hinges on more than material wealth. It’s found in the air we breathe, the water we drink, and the foods we eat. In the numbers that come out of China, we’re witnessing a twenty-ﬁrst-century truth: When the health of nations is compromised by the wealth of nations, a new type of accounting is called for.

China’s central government seems to be aware of the massive environmental degradation that has accompanied the country’s economic boom. Its people, historically and into the present day, have developed a reputation for intelligence, inventiveness, industriousness, and business acumen. These facts give me hope that the most populous country on Earth—with a population hitting 1.354 billion in 2013—may be able to pull off the environmental equivalent of the spectacle it produced in 2008. The opening ceremony of the Beijing Olympics showed the world what happens when art, design, science, technology, and people power focus, in unison, on a well-deﬁned goal. What’s more important to focus on than the health of this most populous nation, and the health of the globe?