The Center for Architecture Sarasota is an innovative hub for regional architectural programming.

The newly renovated Center for Architecture Sarasota opened last month in a 1960 Sarasota Modern landmark, which was once a furniture store.

All photos courtesy the Center for Architecture Sarasota

The Center for Architecture Sarasota is an original, both in the design of its spectacular building—an authentic product of the city’s midcentury-modern heyday in the 50’s and 60’s—and in its mission: to reanimate the local architecture scene. Rather than focusing exclusively on AIA programming, as so many of these centers do, the new organization boasts an exceptional student- and community-oriented set of goals.

Designed in 1960 by Joe Farrell and William Rupp, the building recently underwent a renovation that endeavored to stay true to the city’s modern architectural heritage. Both Farrell and Rupp were highly influenced by Paul Rudolph and the “Sarasota School,” an architectural camp characterized by oversize glass sliding doors, light-shell exteriors, imaginative ventilation and shading systems, and other details dictated by climate and environment. Indoor-outdoor distinctions sometimes melt away.

Guy Peterson, a Sarasota-based architect, designed the refresh, but he consulted extensively with Joe Farrell, now 84, during the process. “It wasn’t like I was in a vacuum,” Peterson says of their dialogue. For Farrell, who has lived in Sarasota since he was a teenager, the spirit of the place is especially conducive to the opening of a center of this kind. This quintessence can be summed up, Farrell says, as “an underlying passion for aesthetics,” combined with a community of people receptive to new ideas. Both qualities are embodied in the area’s fulsome midcentury adoption of Modernism. 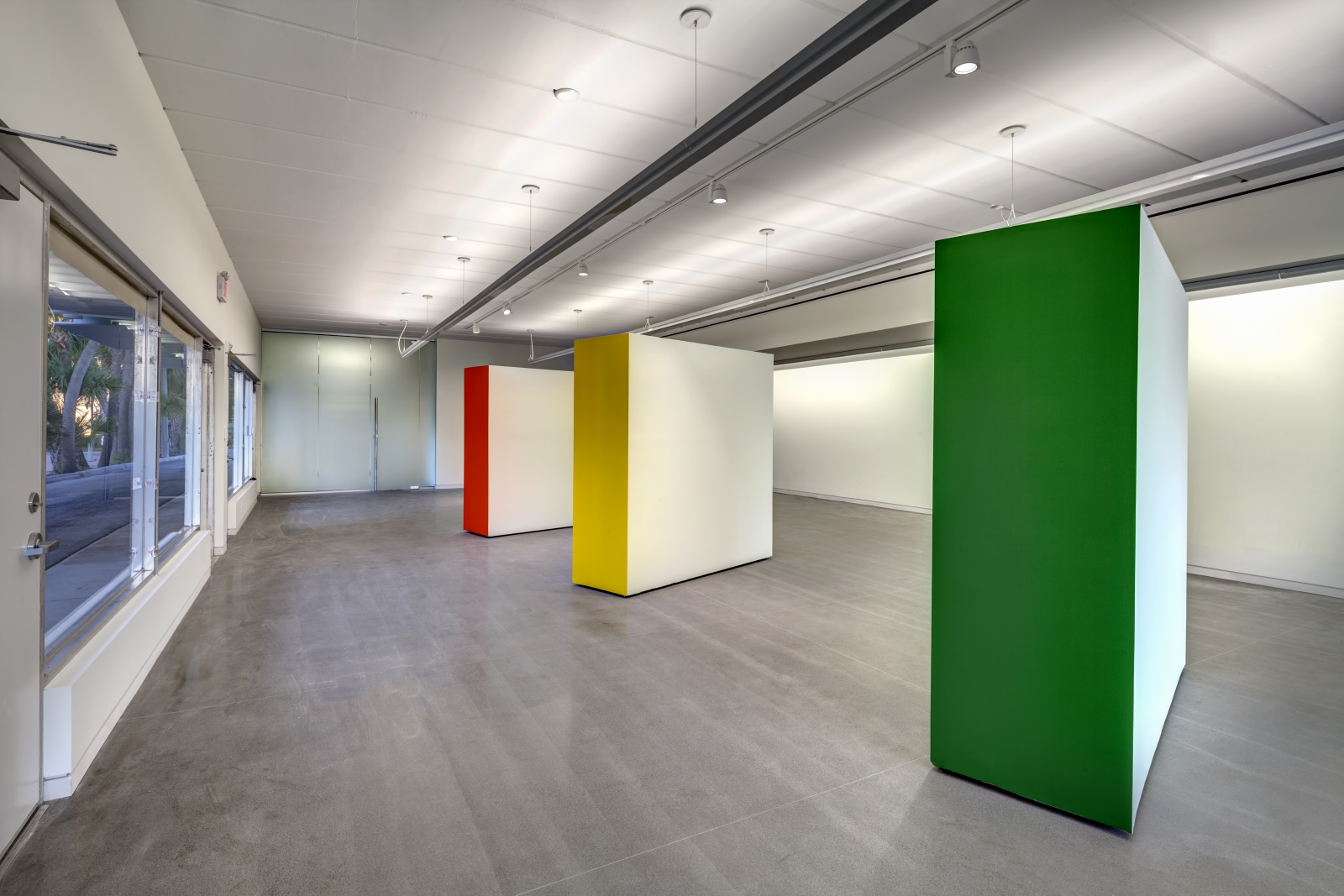 “I think there’s always been a narrow audience for Modernism, but in Sarasota it’s a strong audience,” Peterson says. “It created its own gravity.” The movement, he adds, was centered around Philip Hiss, a benefactor and visionary for architecture in Sarasota. Hiss was a designer himself, as well as a photographer, author, entrepreneur, and diplomat who in his later life served as chairman of the trustees of New College in Sarasota, and chairman of the Sarasota school board. He hired Paul Rudolph to design beachfront houses and commissioned other projects to attract new talent.

Peterson himself remembers attending Paul Rudolph’s Riverview high school and living and working around other local landmarks designed by members of the Sarasota School, such as Tim Seibert, Jack West, and Victor Lundy. “I wasn’t part of it, but it was part of me,” Peterson says.

Today, no single politician or philanthropist seems to be leading a charge for contemporary architecture in Sarasota. Instead, the Center for Architecture looks to be taking on the role of preserving and furthering the city’s great modern legacy. “The future is the students,” says Peterson. “They’ll get to work in Joe’s beautiful building and see how a building works.” 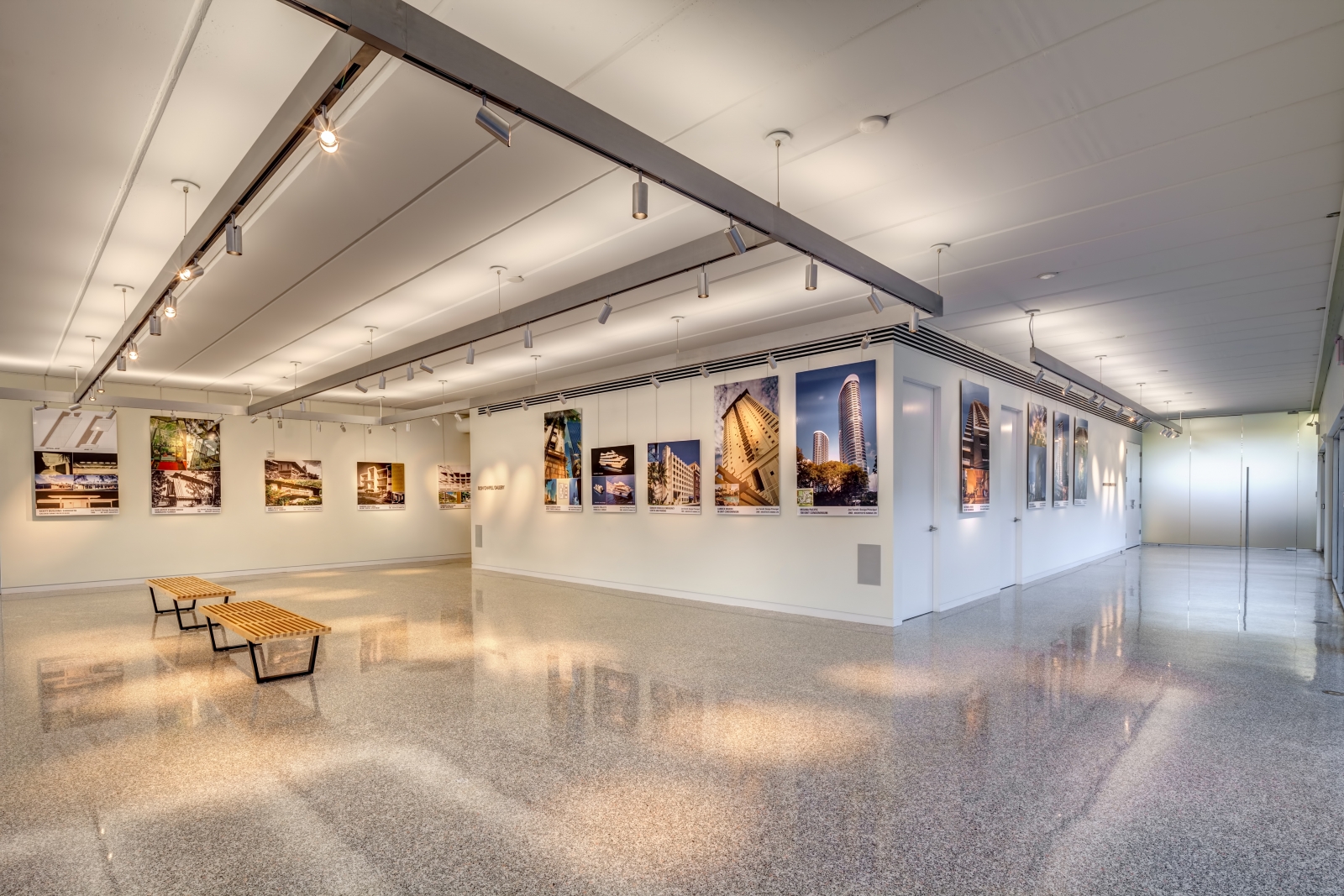 The Center for Architecture Sarasota opened its gallery space with a retrospective of architect Joseph Farrell, the original architect of the space.

A planned program with the University of Florida School of Architecture, hosted by the new Center for Architecture, will be bringing in graduate students to study and tackle Sarasota design problems, such as better linking the waterfront with downtown. “We’ll have these uncontaminated minds that aren’t biased by our local jurisdictions and the politics of what’s going on,” Peterson explains. “Each student can take a project and generate their own idea.”

The plan would then be to bring in stakeholders to respond to these ideas, hold community meetings, workshops, and display the student’s work in the Center. In this way, exhibits won’t only honor Sarasota’s rich architectural past, but also reinvigorate contemporary urban planning.

It’s an ambitious undertaking, but it couldn’t have a more fitting home. The future of civic design in Sarasota appears to be housed in a building plucked from its history, made new again. 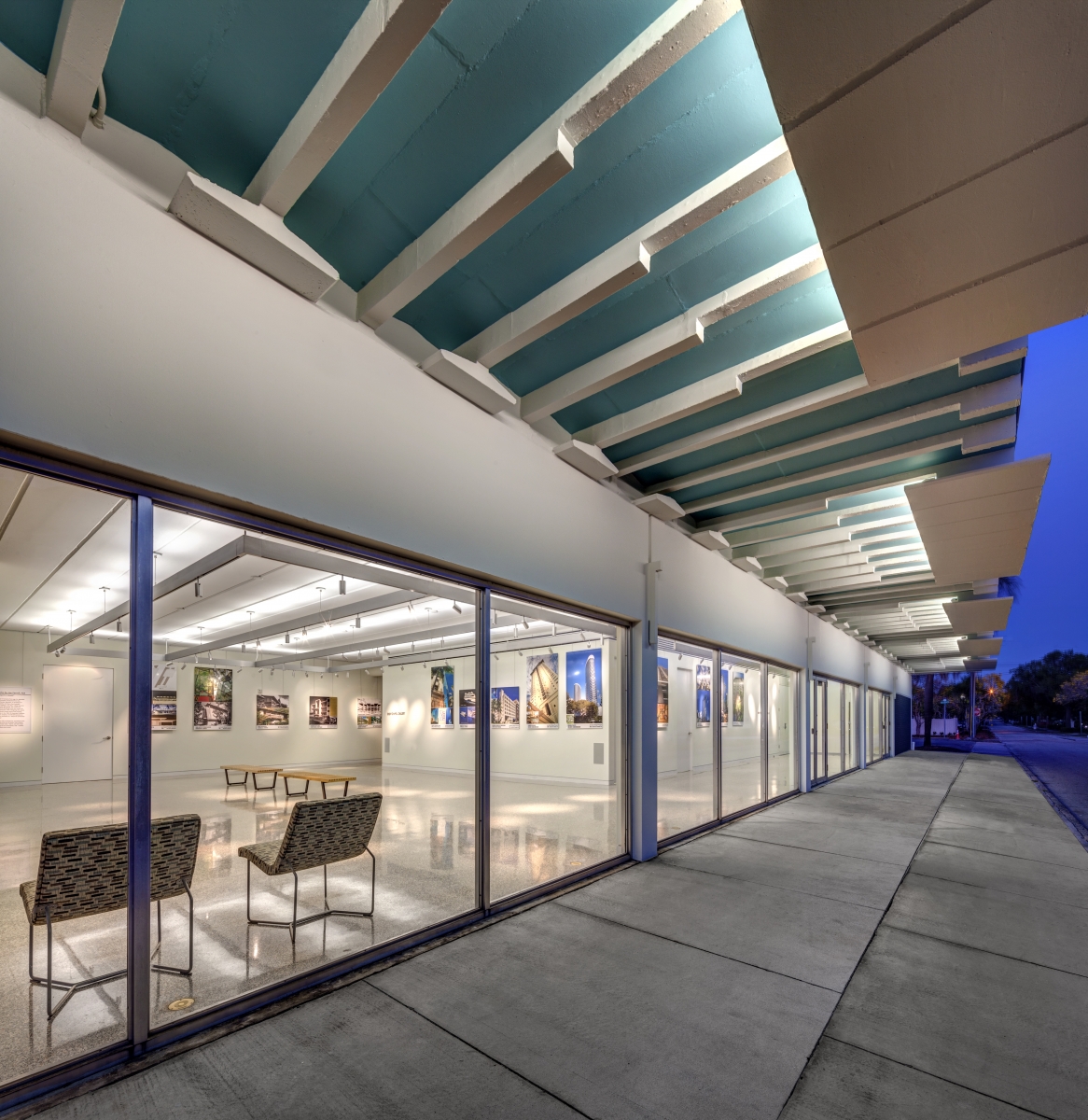 The renovation architect Guy Peterson had the building’s soffits painted blue, a local trick to keep pigeons and wasps from nesting.