How IDEO Boston Encourages Creativity in the Workplace

Creativity in the workplace is high maintenance; it cannot be turned off and on.

Immigration and healthcare are complex problems; it’s difficult to wrap your head around them. Such challenges require months of investigation to understand the influencers, the experiences, and the opportunities. And while they are rewarding to work on, they can be emotionally draining.

When our clients find themselves mired in complexities, we at IDEO are hired to tackle the challenges; they come to us because they know that through the years our teams have found ways of managing potential paralysis.

The making of our “maker space” in Boston began because a team was stuck. They couldn’t figure out how to start reconnecting a massive industrial supplier to their core customers. Rather than sitting on their hands and talking about it ad nauseum, they simply began doing something creative together: They redesigned the space around them and, in the process, reignited creative flow and fluency.

Creativity in the workplace cannot be turned on and off. It can’t be effectively sequestered to a “design thinking room” or a “creative thinking room” (both of which we’ve seen way too often). It can’t be suddenly initiated by donut breakfasts, casual Fridays, or giving everyone iPads. It won’t survive if it’s just a one-off event like a make-a-thon weekend or an innovation workshop. Creativity is high maintenance. 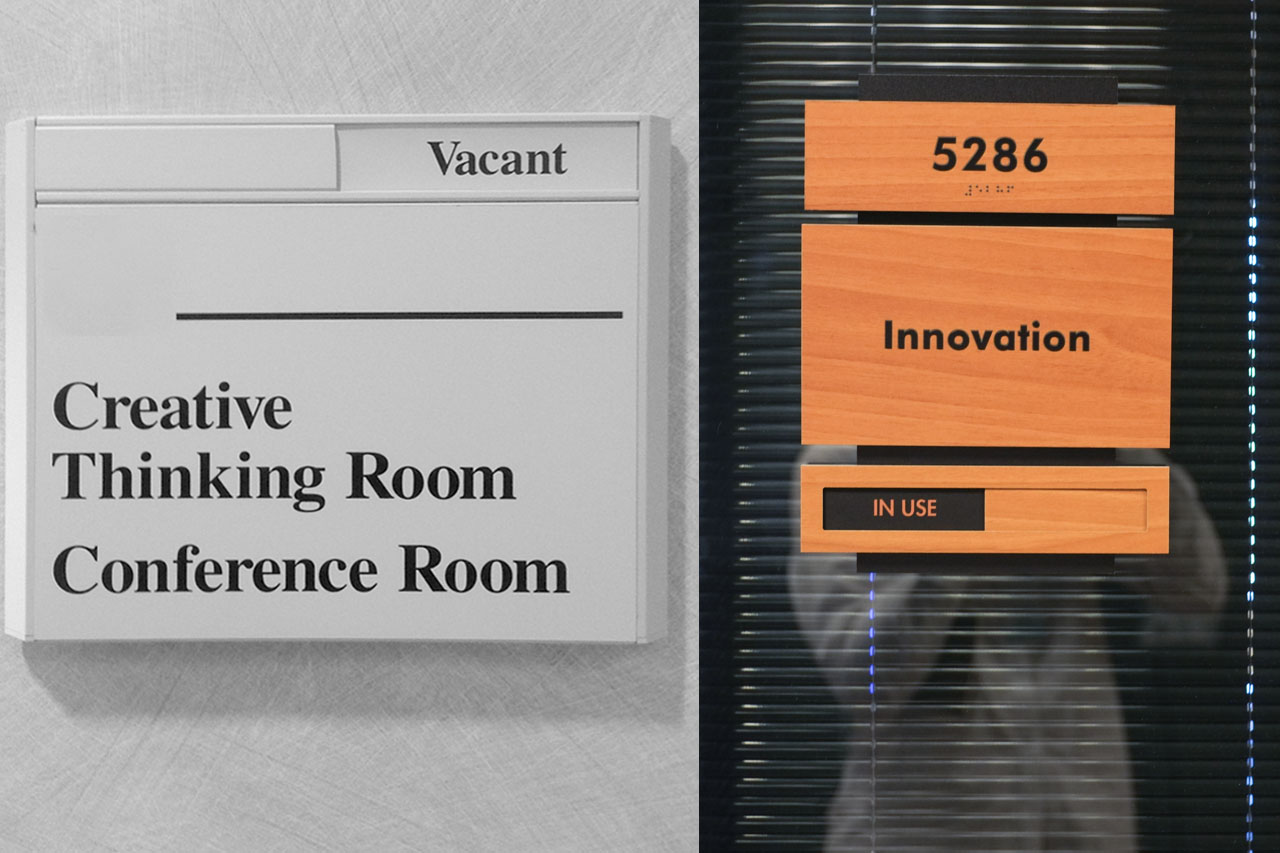 Creativity is also like language. Fluency develops through practice, and it’s much easier when you’re immersed in the culture than if you pop in and out of it.

Recently we faced a challenging diabetes management project. Our client’s insulin device was several years late to market. Distinction was only achievable through service design and aesthetics. To sharpen our thought processes, we decided to organize a team that was new to the category—none of them had healthcare experience. This approach guaranteed fresh perspectives and open minds. But it also meant they had a lot of “catching up” to do. 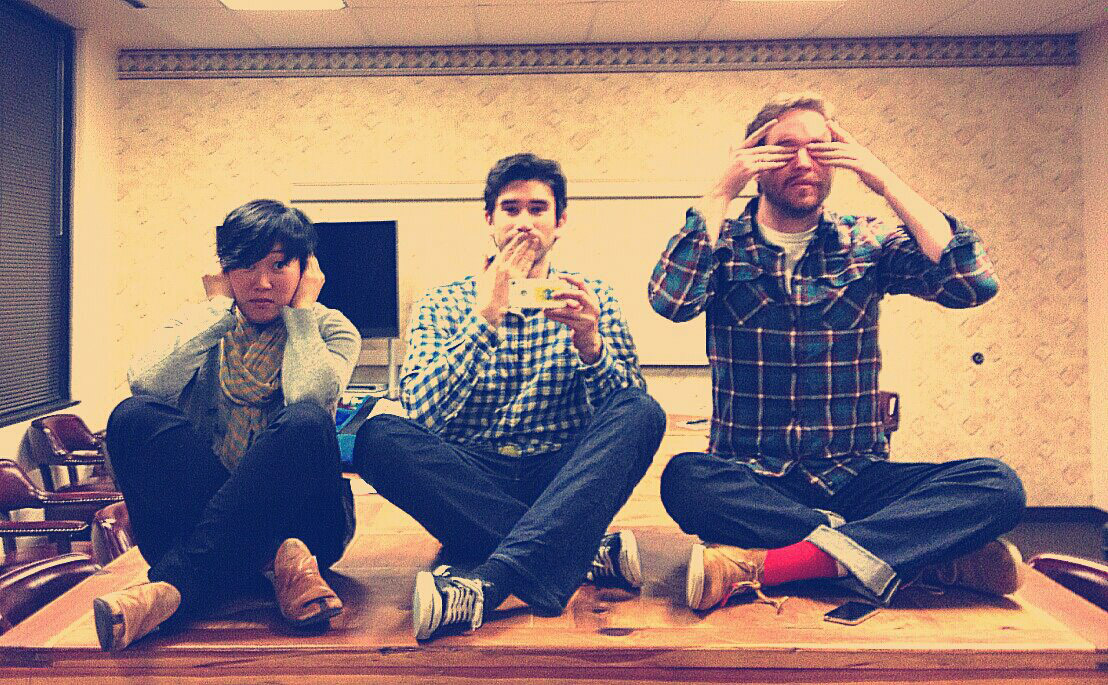 To gain empathy with those challenged by the disease, the team conducted over 40 in-home interviews. They heard heart-wrenching and frustrating stories. And through it all they found that the problem was so much more than just quality of life—it was life and death. This weighed heavy on them. To make matters worse, the new lexicon of medical terms was foreign to them too. Molecule designations sounded more like Japanese horror movie monsters than helpful drugs.

To continue building empathy the team focused on behaviors, habits, and rituals. They joined the gym. Some tried to stop smoking. Others stopped eating sweets. One team member took an unexpected turn; he decided to found a cult. 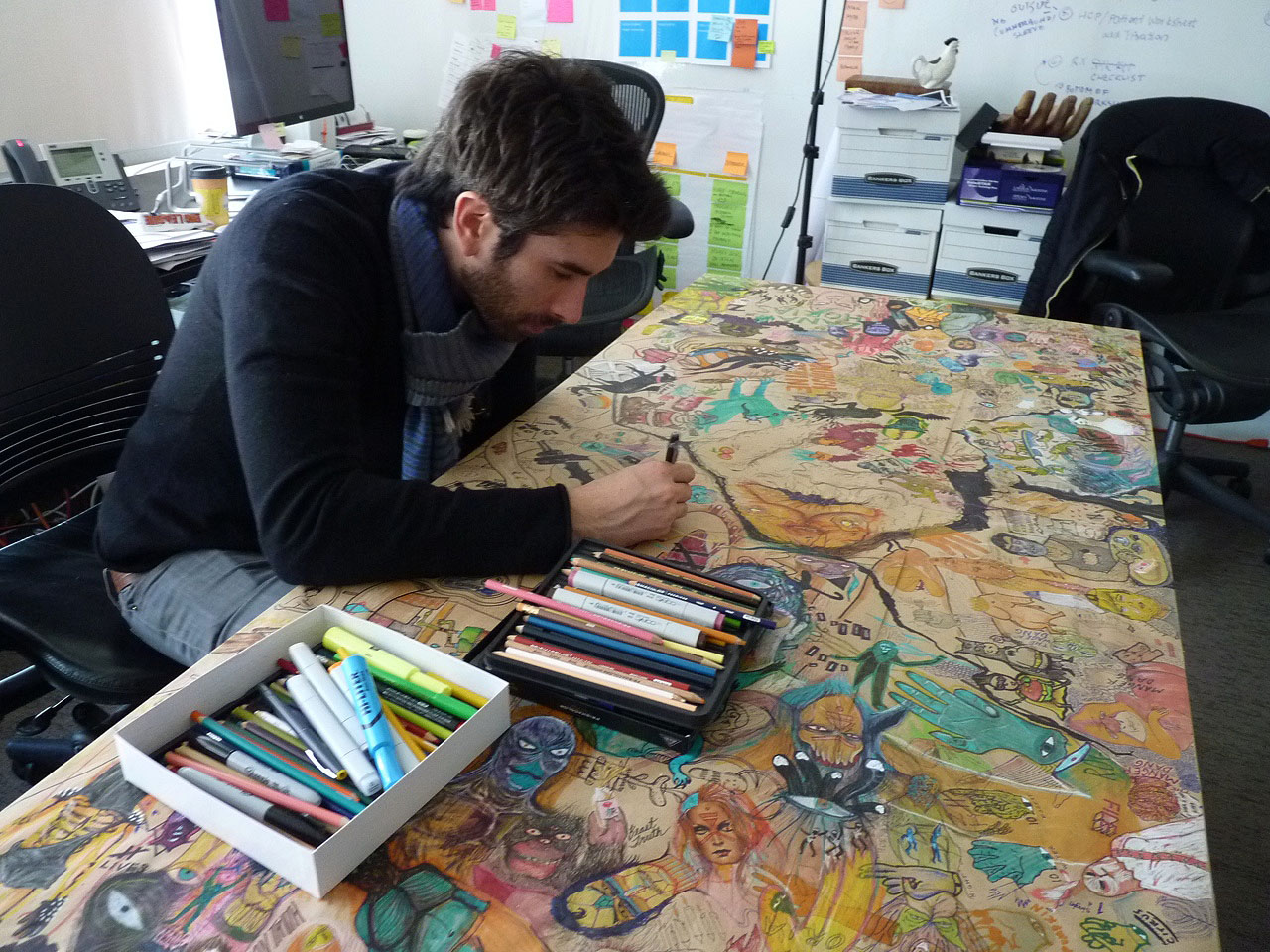 All this didn’t come out of the blue. Our team regularly held long conference calls with our client. The unfamiliar terms would get doodled on a table top at the studio. Quickly these doodles emerged into an imaginary world where Degludec was not insulin, but was actually the lord of an alternate universe. 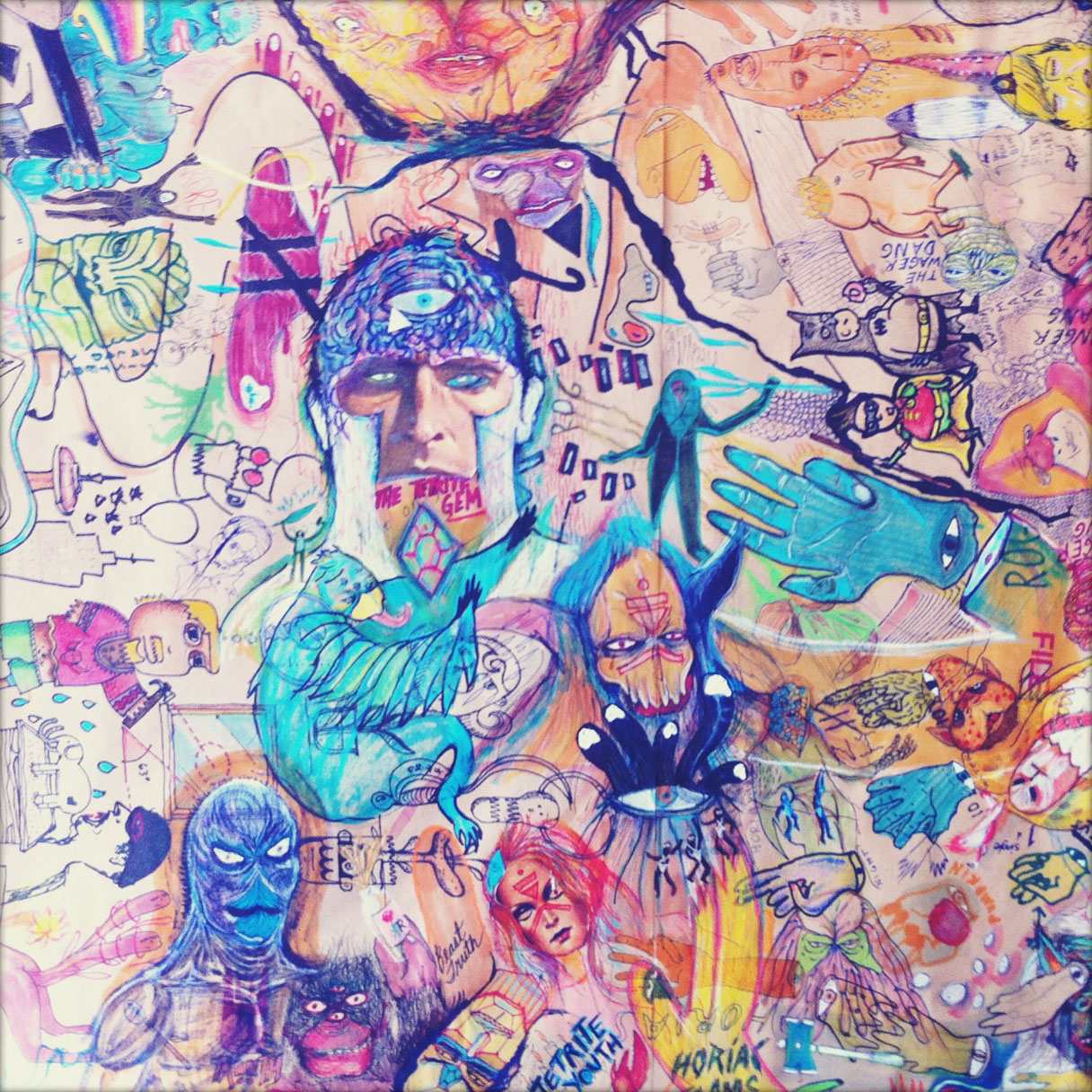 Zana Horias (taken from the Spanish word for carrots, zanahorias) became the cult leader. Symbols, altars, and even chants were made—all alongside dozens of prototypes for this new drug therapy, which eventually led to a simple and effective insulin starter kit. This was creative flow and creative fluency at work. It became an outlet in the midst of an emotionally challenging project. 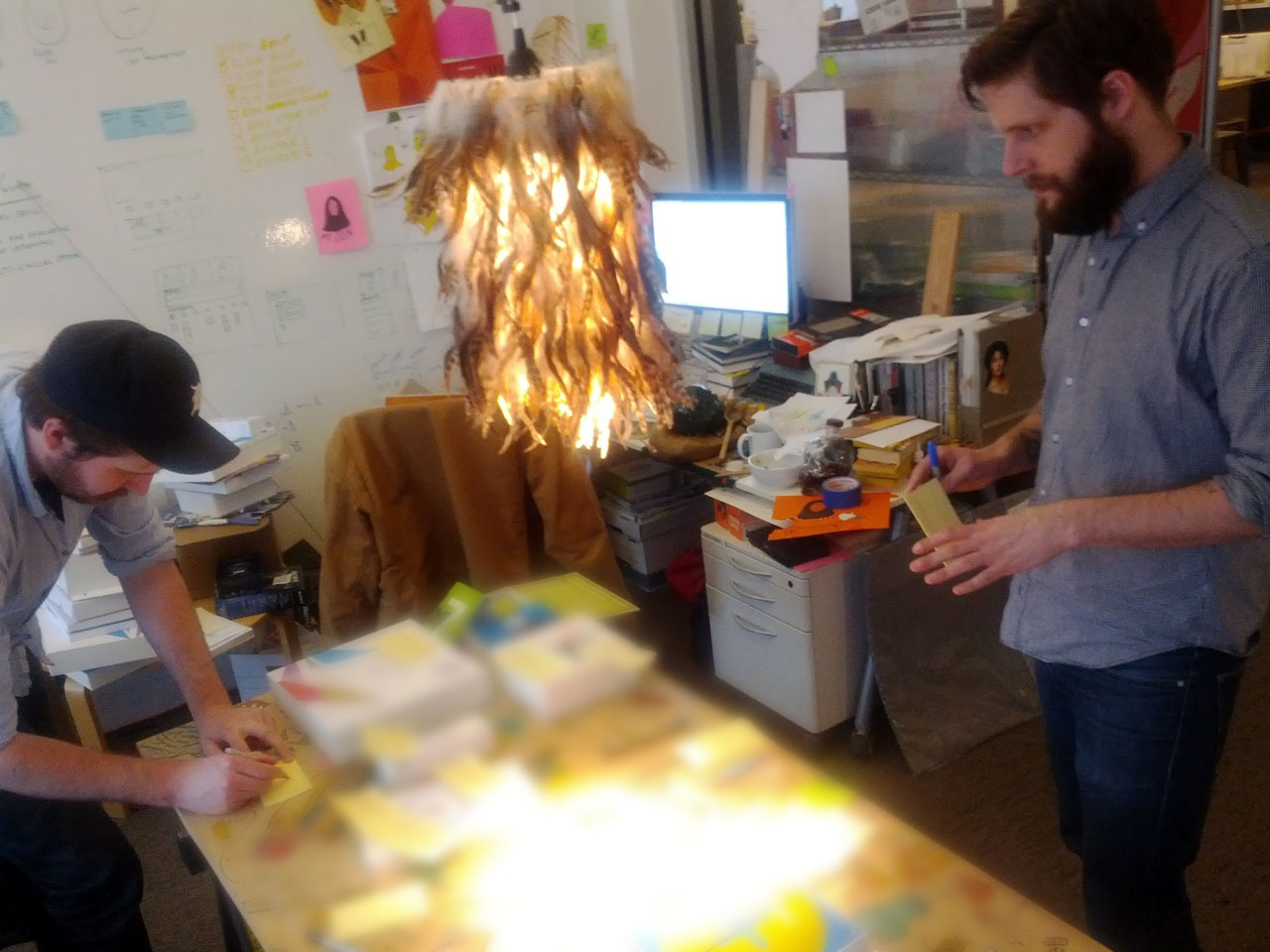 By now you’re scratching your head and wondering what kind of drugs we take while we’re designing drugs. But we’re clean! This wasn’t a one-off moment.

Our studio has a number of regular activities and behaviors that help us stay fluent. One of them is a weekly design fiction lunch. (How is design fiction different than science fiction? Designers make or write as a means to an end, not an end.) 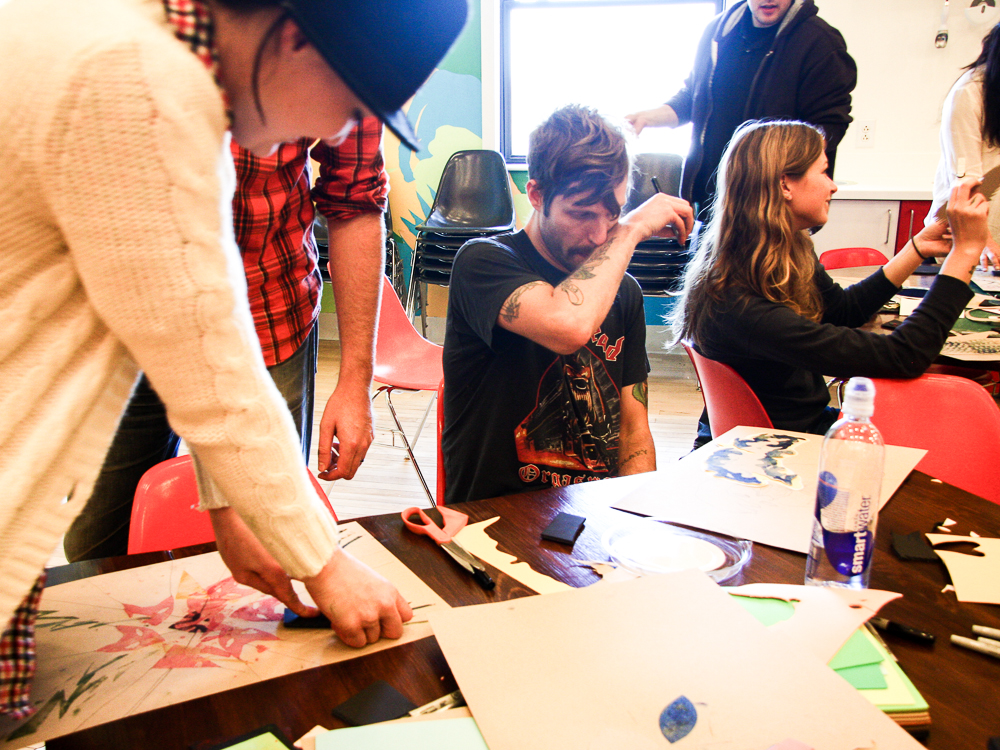 We’ve challenged ourselves to create “Dreamcatchers of the Future,” 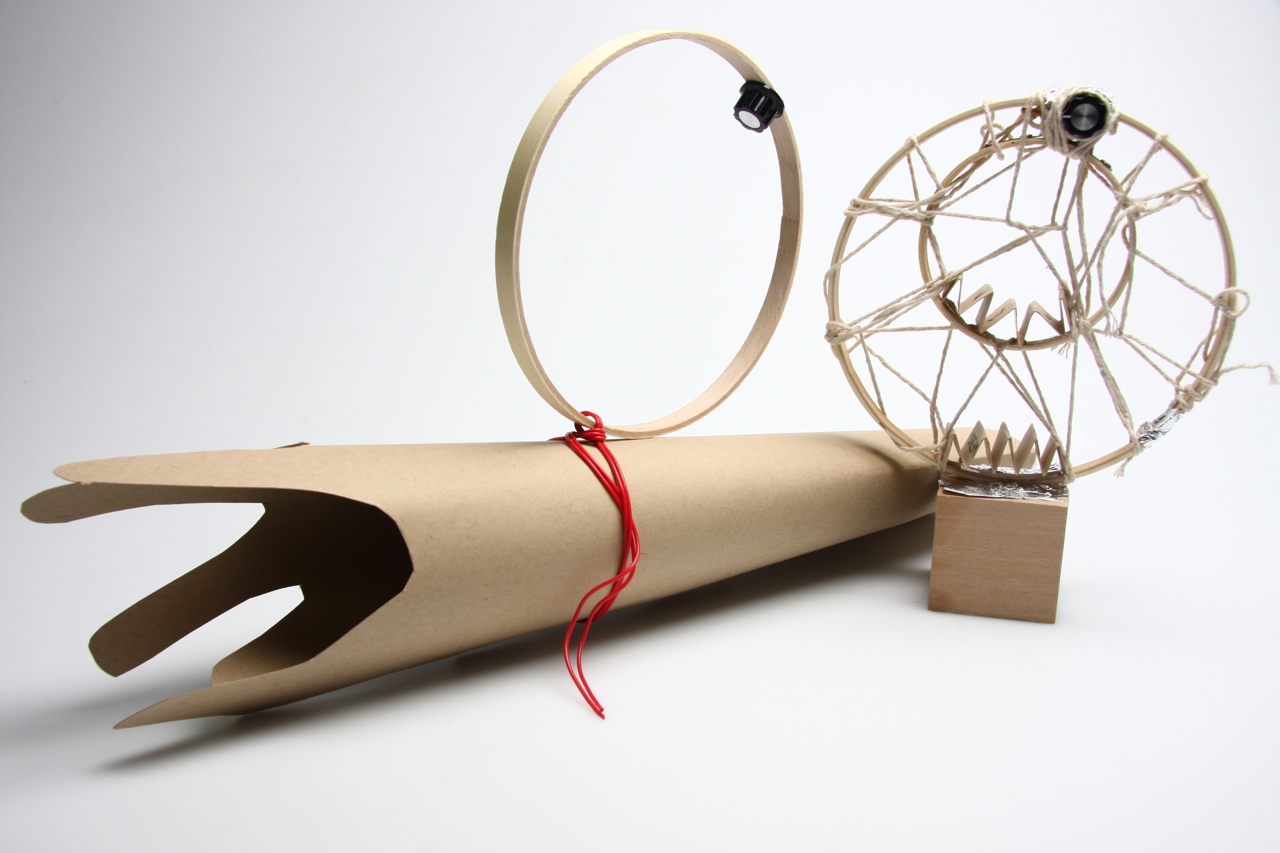 “New Materials and Their Properties,” 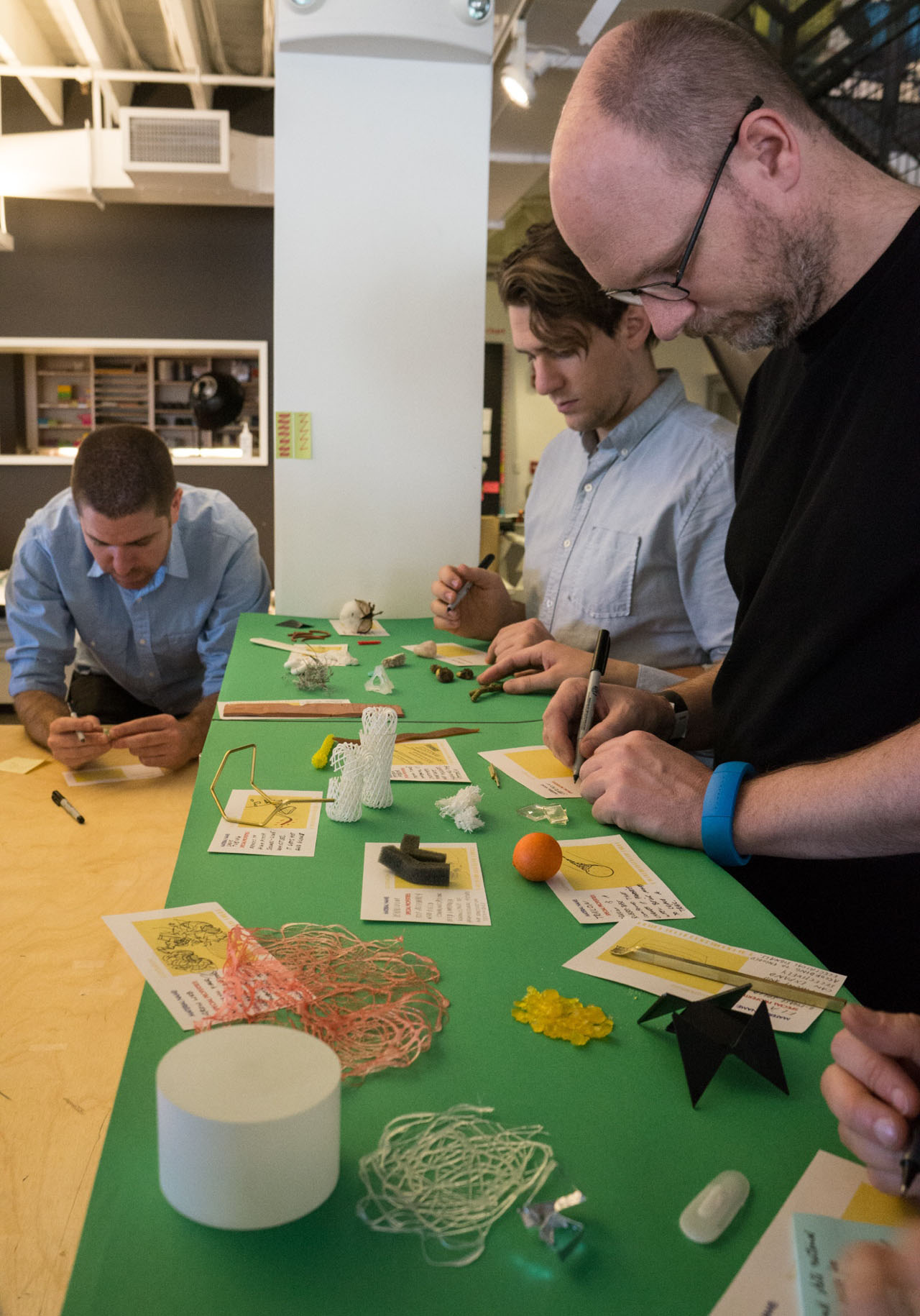 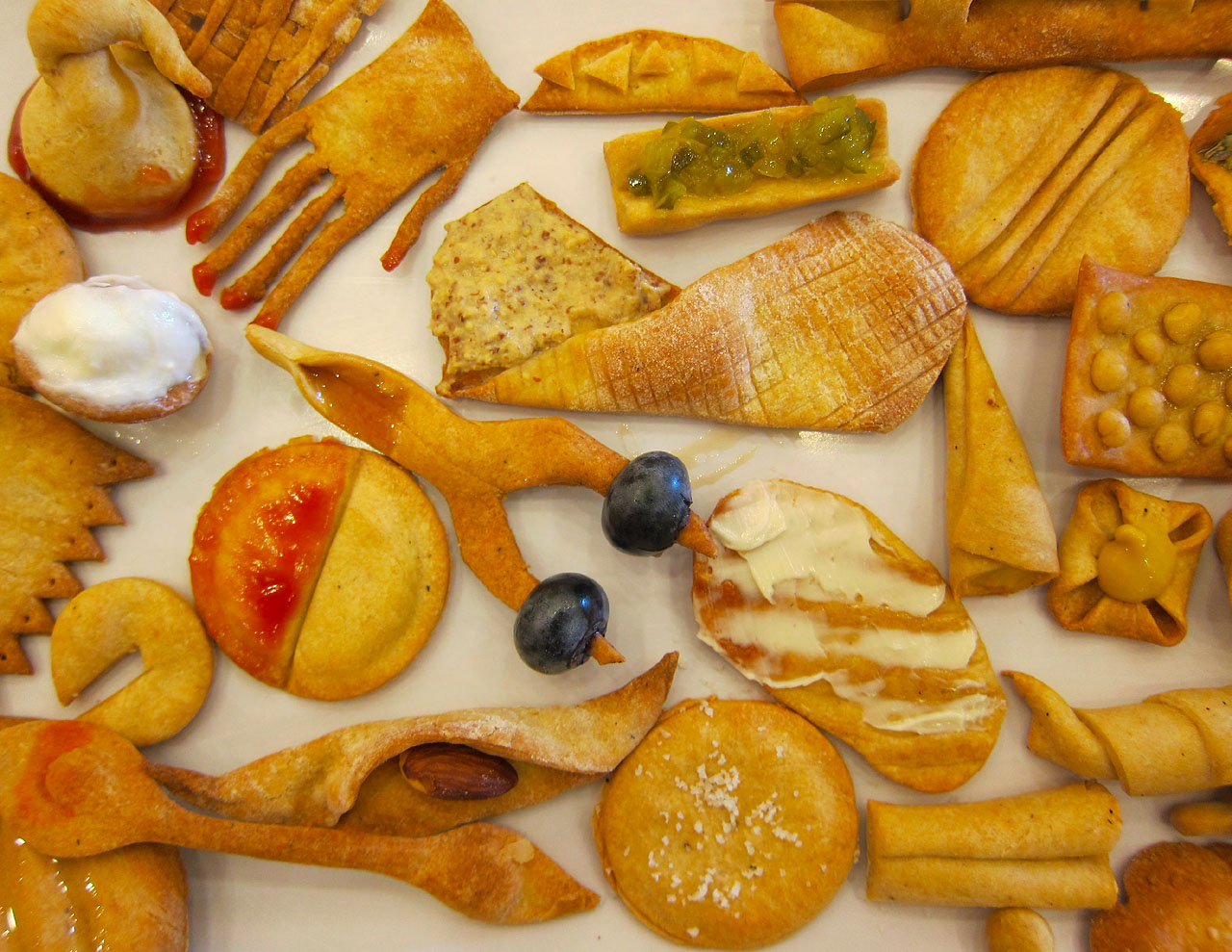 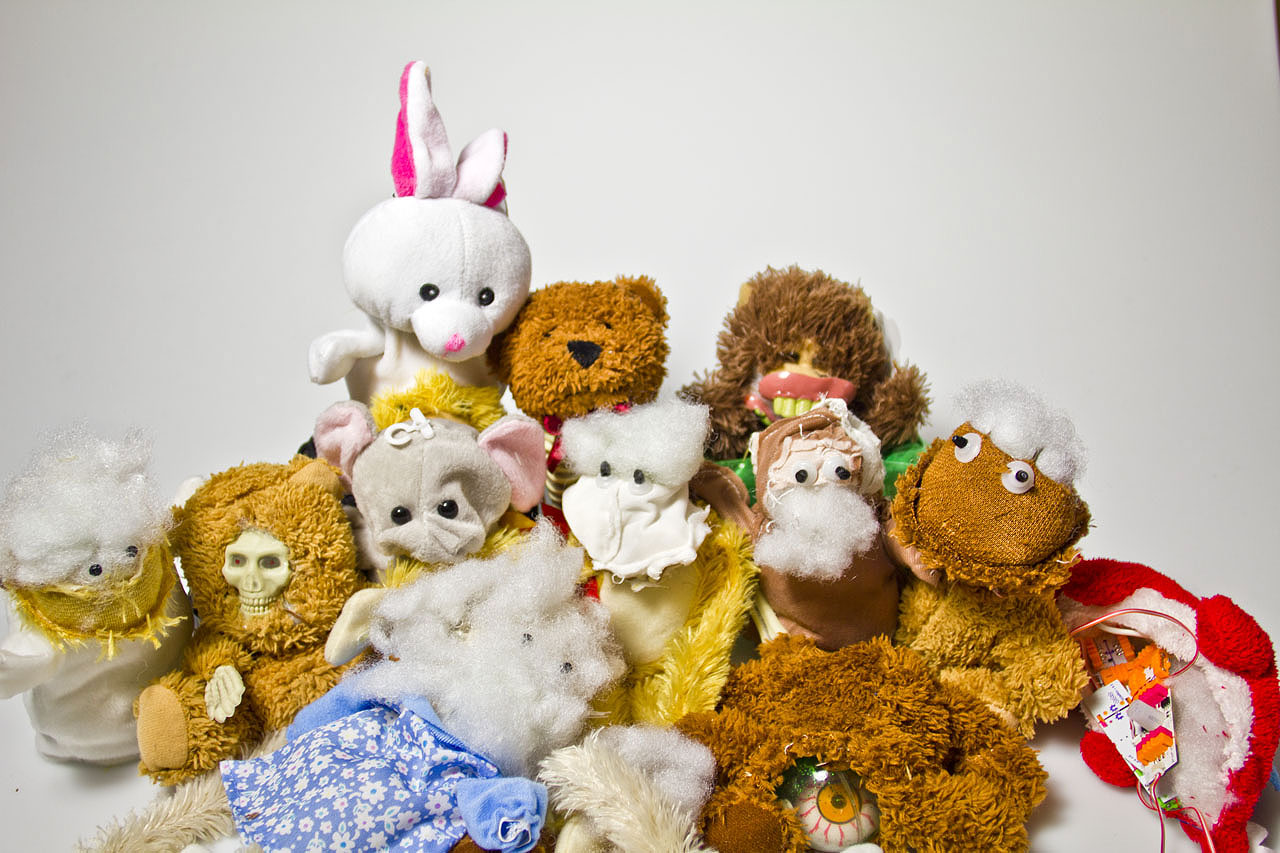 It’s hard to imagine all the touch points and details of an unknown future. But it’s not hard to imagine basic human experiences that continue to be around, regardless of time and space. By regularly exercising our imaginations and keeping us empathetic and generative, we connect with our humanity.

Our process also includes encouraging one another to take on personal projects alongside our billable projects. You’ll see in our space everything from furniture to leatherwork being worked on. We post many of these designs to a public website called “Made By Us.” This, too, scratches the creative itch when we’re in the midst of dense research and synthesis.

An outside observer might look at our playfulness and mistake it for frivolity, indulgence, even madness. But these are effectively programmed and “gardened” moments in the studio. They are a means of creative immersion and creative calisthenics.

Yes, the Cult of Zana Horias is outrageous, but design fiction doesn’t always have to be this extreme. Its real power is in sharing complex, abstract challenges in a tangible way. It’s a mindset of curiosity, exploration, and play that bleeds into all aspects of our business and community. It’s how designers can stay optimistic and confident in the face of ambiguous challenges. It’s a key to creating empathetic and effective designs like the Lantus & You Journal. 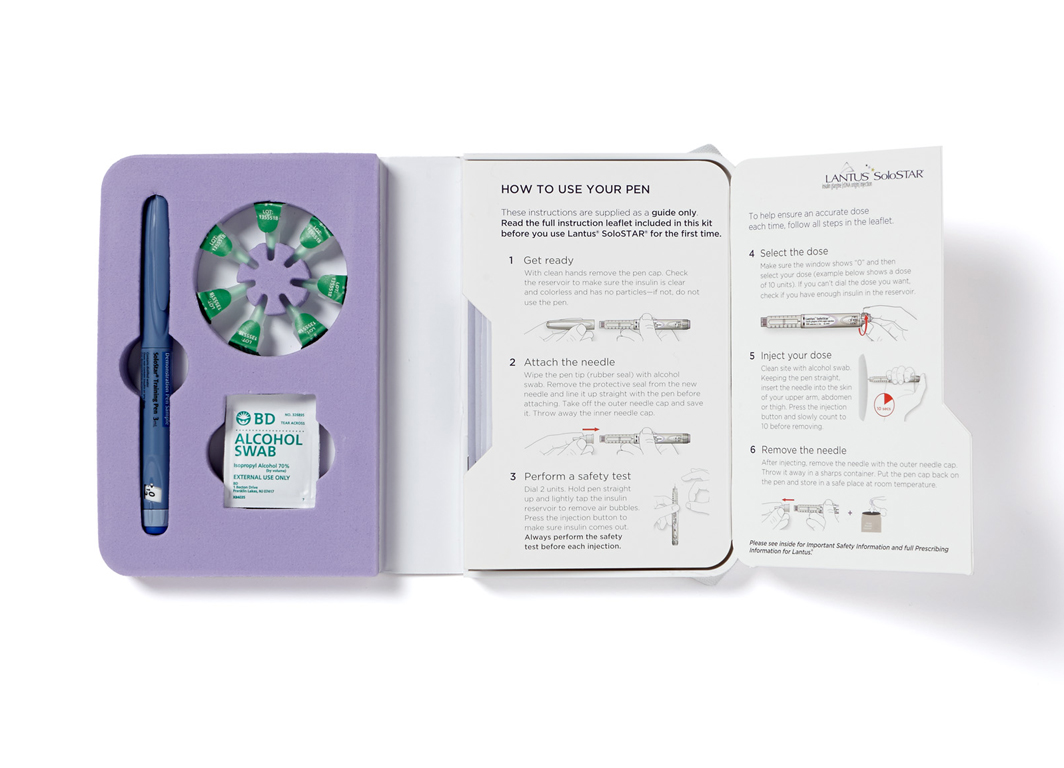 R. Michael Hendrix is an associate partner and managing director of IDEO Boston.