The Green Team discusses design strategies that can thwart rats from taking up residence in our landscapes.

Our last post focused on the burgeoning edible landscape of New York City and how the MillionTreesNYC program seeks to enhance it. This post takes a look at the insidious creatures all too eager to devour the remnants of such fruit trees…the urban rat…and how urban design can control and reduce their swelling population.

New Yorkers breathed a collective sigh of relief when the New York Times recently ran an article debunking the long-standing myth that the city has a one-to-one ratio of rats to people—a ratio that would roughly translate to a five-borough population of approximately eight million. Fortunately, according to a study by Jonathan Auerbach, there are likely six million fewer rats living in the city than we have been led to believe. The population is actually set at a more manageable two million and comprised of a single species, Rattus norvegicus, AKA the Norway rat.

Despite these more reassuring numbers, rats are still a plague on our urban open spaces. Landscape architects are frequently asked to make their designs rat-proof, something more difficult to do than it may seem. While there are preventative measures that landscape architects can employ, it’s always important to remind clients and property owners that rats are not an isolated problem restricted to public plazas or planting beds alone. Their elimination from a site requires a multi-faceted, community-driven solution.

This all-inclusive approach starts with city agencies. In January 2014, New York’s Department of Health and Mental Hygiene launched the Rat Information Portal, an interactive map of the city that shows DOH inspection results and recorded rat violations across the city. Along with this new map, the DOH also published a rat prevention guide for property owners and tenants. The guide offers tips on cleaning up debris and plants located in or around building perimeters and sealing holes around properties where rats find cover and protection. While they are capable of climbing, Norway rats tend to stick to the ground floors and basements of buildings, so site maintenance is critical. These preventative methods may seem like no-brainers, but the next time you’re in the city, take a look around and see how often these simple measures are absent. 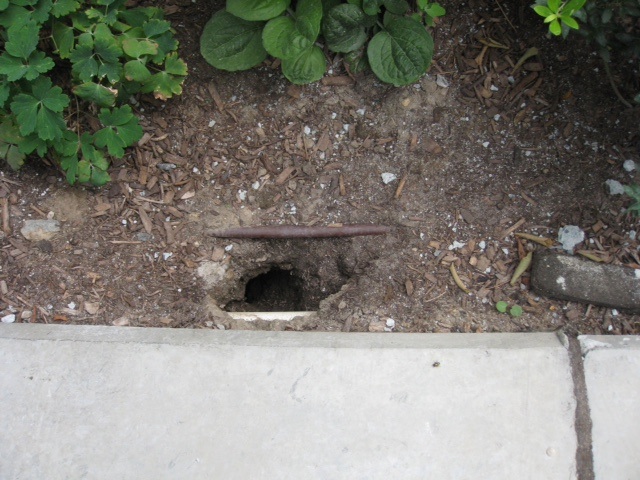 Of course, as we all know, rats don’t just cause trouble above ground—they are also a serious problem in New York’s subway system. In an effort to control their subterranean population growth, New York’s Metropolitan Transit Authority (MTA) began a pilot program run by SenesTech to sterilize female rats. Before we all start dreaming of a rat-free commute, be warned that the goal of sterilization aims to reduce the rat population by 75 percent, not in its entirety. Because rats are territorial, if one population were completely eliminated from the subway system, a new colony would take over. By maintaining a diminished population, new migrations can be held at bay.

City-run initiatives that target property owners and the subway system are an important part of the solution, but we are also inclined to ask: What can we as urban designers do to discourage rats from taking up residence in our landscapes? In order to understand how to design an inhospitable landscape (for rodents, at least), we need to understand why rats are moving in. Urban landscapes typically offer several key elements that they need for survival: shelter—within the soil, protection—from low level plantings, water from irrigation, and a food source, namely trash. 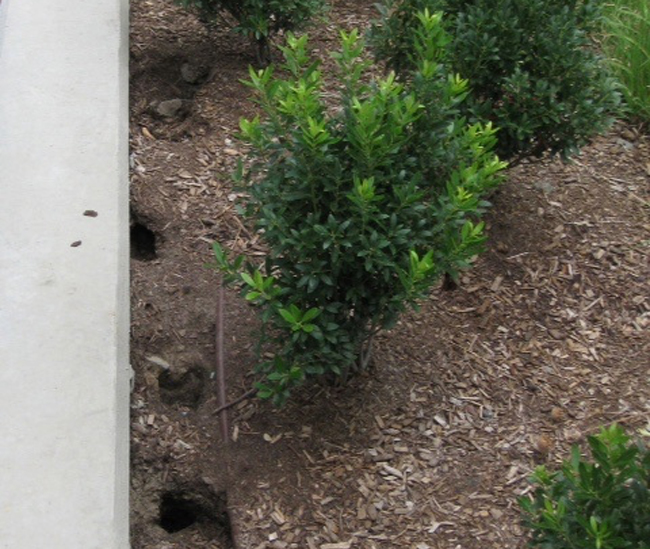 A 1996 study, “Norway Rat Infestation or Urban Landscaping and Preventative Design Criteria,” published by the University of California, Davis, looked at 54 sites in Boston and offered a thorough study of planting design, site layout, and associated rat inhabitation. The study shows that the planting types and layouts most favored by rats were continuous plantings of needled evergreens with mounded or spreading shapes, a popular configuration for clients who want to see year-round green and fullness in their plantings. The study also offers solutions such as breaking up shrub masses and keeping shrubs away from walls that rats, which are poor of sight, use for navigation. Maintaining clean edges along walls and curbs is also an important maintenance tool for controlling these rodents. The greasy smudge marks that they leave along these pathways contain pheromones, a form of communication detectable by other rats. They also thrive in continuous beds of ivy and other groundcovers that provide shelter.

Because rats burrow into soil to create nests, solutions such as meshes and steel screens can be used to thwart their home making. Installation recommendations for stainless steel mesh call for the material to be installed directly under sod where it is able to create an impenetrable layer. Unfortunately, this approach is not entirely relevant to contemporary urban planting, as lawns are not the current trend in urban landscapes. Turf also lacks sufficient vegetative cover and therefore is not a rat’s landscape of choice. A continuous groundcover, perennial, or shrub bed is preferable to a lawn. To adapt these materials to this type of planting, both the meshes and screens can be cut to accommodate shrubs and trees. The manufacturers recommend that that these be installed as close to the soil surface as possible. While these solutions may impede a rat from burrowing, they can also make replanting and maintenance very difficult. 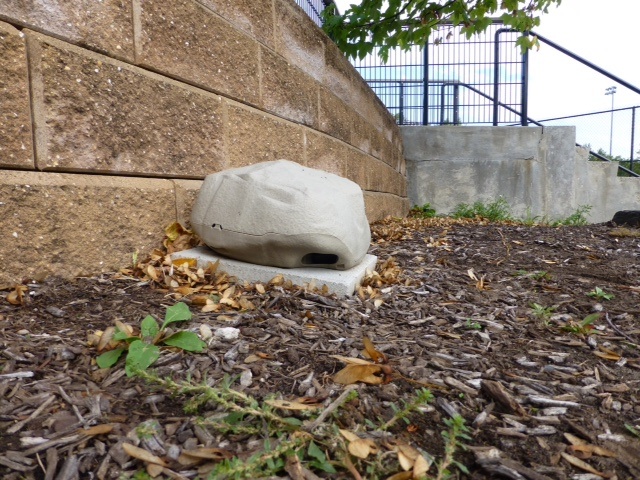 In addition to plant type and layout, easy access to trash and proximity to restaurants and food vendors should also be taken into consideration when designing a rat-proof site. The further food and trash are kept away from soil beds and planting areas, the better. The elimination of secure routes from burrows or catch basins to food sources makes them less appealing. When these preventative measures are unsuccessful, city and property owners can then turn to exterminators, baits, traps and other reactionary methods to kill the rats who have taken up residence in our landscapes.

Johanna Phelps, RLA, is a senior landscape architect at Mathews Nielsen Landscape Architects, P.C. in New York City.  Since receiving her MLA from the University of Pennsylvania in 2004, she has worked on urban design projects in Manhattan, Brooklyn, and Philadelphia, and a botanic research institute in Texas.