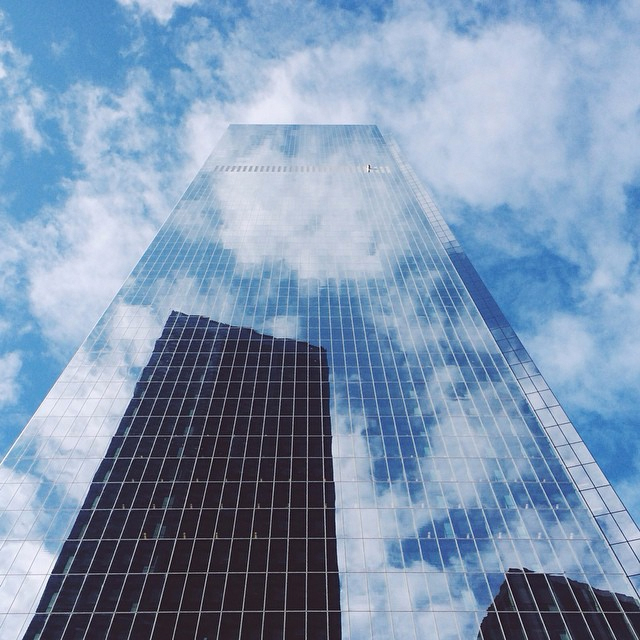 Courtesy Instagram user satinskyphoto, via the AIA’s Look Up campaign

I’m watching CBS Sunday Morning in early February. It’s the season of darkness and frost, a time when I’m especially vulnerable to warm and inspirational stories. I count on the easy-viewing format of this program, in any season, to rekindle my innate optimism.

During a commercial break, a young woman’s face fills the screen. Pencil in hand, she’s drawing what looks like a building detail. She looks up. I’m watching the debut of “Look Up,” the American Institute of Architects’ (AIA) newest public-awareness campaign. Early on in the clip, it becomes clear that we’re seeing a new conception of architecture. We hardly encounter any white, middle-aged men—the familiar faces of the profession until recently.

Though the reality might not yet match this vision, I can’t help but think that dramatic changes are already afoot. Hopeful signs are everywhere.

A growing number of young women are gaining recognition for their contributions to a humane-built environment. The formidable Liz Ogbu, known for her commitment to impactful design at the community scale, and the irrepressible Katie Swenson, who directs the Enterprise Community Partners’ national design initiatives in affordable-housing development, are only two.

There are also highly visible young men of color making lasting contributions to how we need to think about living in the twenty-first century. The multitalented Vishaan Chakrabarti, partner in SHoP Architects, is one of them. He is a professor in real estate development at Columbia University, one of the 2012 Metropolis Game Changers, and the author of the popular book A Country of Cities: A Manifesto for an Urban America, published by Metropolis Books (2013).

Granted, their numbers are small, but their influence is growing. The AIA knows it needs them if the organization is to survive and thrive in this world of ours that spins at warp speed. Liz, Katie, and Vishaan are there for us to look up to. What their work tells us is what the AIA commercial advocates.

According to the ad, the architect envisions the potential of what can be; her work considers nature, art, and history, as well as the limitations of every project and “the ways around” these limitations. It asserts that architects “look within,” “look through the eyes of others,” and listen to their clients as well as to their own hearts.

When was the last time you heard an architect talk about listening to her heart? Some say this is a fantasy. I recognize “Look Up” as a commercial; and commercials are about image, aspirations, and branding. I am hopeful that this vision has a good chance of becoming the reality—soon.