Why The Maker Movement Is Spreading to Cities Around the World 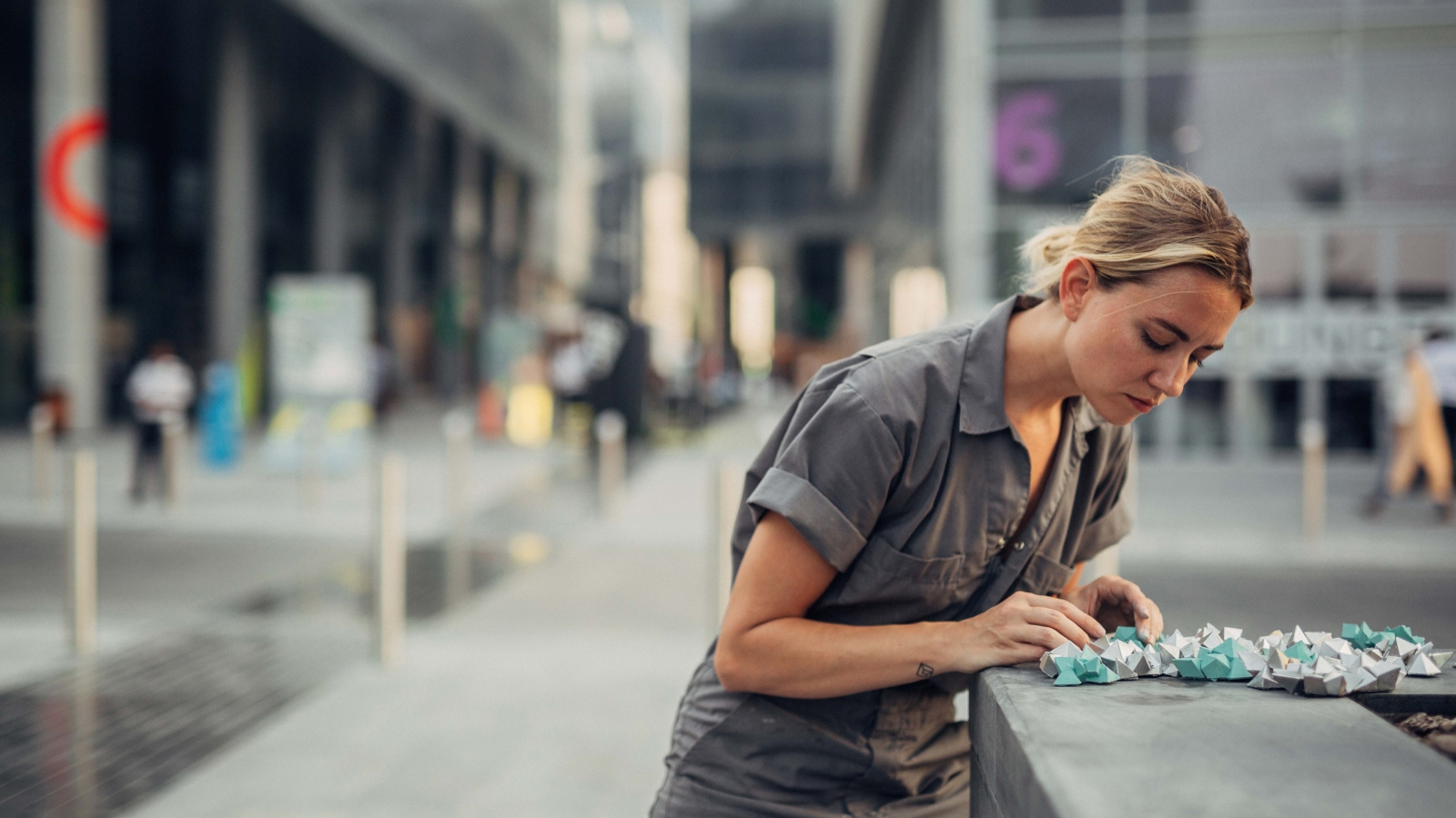 In a collaboration with local retailer S*uce during Dubai Design Week, Los Angeles-based artist and designer Paige Smith created Things [Extra]Ordinary, a series of paper and resin sculptures on public surfaces around the city.

“We are inventing the future here,” said Nate Goore of MKThink, a Bay Area group that calls itself an “ideas company for the built environment.” Goore was among the experts invited by Gensler’s San Francisco office in February 2015 to help us kick off last year’s Think Tank, Metropolis’s discussion series with those who give physical and emotional shape to our 21st-century lives. Our purpose in starting out in the Silicon Valley vicinity was to explore what innovations the area is bringing to the practice of design.

“People live here because they want to be part of a community, of a society that is about reinventing things for the better, not just for the sake of reinventing,” Goore noted. “We are questioning everything, whether that’s education or business or design or government. We’re willing to try, and we’re willing to fail. Failure isn’t as catastrophic as it is in other places in the world. We’re willing to pick ourselves up and invest in someone else’s idea and go forward.”

This culture of reinvention and pure invention fuels the design-driven maker movement we explore in our March 2016 issue. It’s not by accident that these creative clusters are forming and growing in cities around the globe, from Dubai to Lodz to Singapore. As this century’s unique urbanization takes hold, the thinking that creates cities is seeping into our consciousness. Designers these days, for instance, regularly use urban terms such as “piazza,” “town square,” and “avenue” to describe how areas function in workplaces and other spaces.

“If you look at the way we talk about our environments, you realize that our terminology is all city nomenclature, which is the nomenclature of how we build culture and how we build community,” said Nathan Shedroff, chair of California College of the Arts’ MBA program in design strategy and another guest speaker invited by Gensler for that evening.

It’s that kind of community building, malleability, and connectivity that you’ll find as you read our makers’ stories. As Dawn Zidonis, the spirit behind San Francisco Design Week, told us, attendees get “a glimpse into the culture that exists only here . . . we deliver content that can’t be found anywhere else.”