The Other Social Network

Sustainability is, by now, a well-embedded and highly visible part of public discourse. Buildings that breathe and cities that live are less science fiction than just plain science, and people are becoming more and more conscious of the impact their actions have on increasingly stressed ecosystems. But even with shifting mindsets and a host of […]

Sustainability is, by now, a well-embedded and highly visible part of public discourse. Buildings that breathe and cities that live are less science fiction than just plain science, and people are becoming more and more conscious of the impact their actions have on increasingly stressed ecosystems. But even with shifting mindsets and a host of technologies making it ever easier to build better buildings for the environment, designers still work hard to find solutions to the most fundamental design problem of all: how to design better buildings (or cities, landscapes, or products) for people.

Public Architecture’s Open Space Strategy hopes to reclaim San Francisco’s urban space for people (rather than cars), and brings together designers and the community.

Socially-conscious design is an established topic of interest for us at Metropolis, so we were especially excited to see a series of panel discussions at this year’s NeoCon that engaged with that very issue. The panels collectively raised an important question: what does social sustainability look like? Unsurprisingly, there’s no single answer, just as the concept of sustainability itself resists an easy, singular definition. Every design project exists in a web of complex relationships—cultural, geographic, legal, or otherwise—that a designer must navigate, and potential responses to those circumstances are as varied as the ambiguously-defined terms we throw around (“community-based”? “Public interest”? “Crowdsourced”?) when we’re trying to talk about working from the “bottom” up rather than from the top down.

Despite the inherent slipperiness of the subject, though, the NeoCon panels showcased some exemplary people and organizations who’ve set the bar high for social responsibility in design. In this series of blog posts, we’ll be exploring their (and others’) projects and approaches in an effort to find a working definition, messy and multivalent though it might be, of social sustainability. 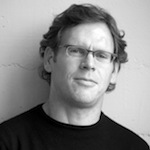 To begin, we’ll focus on one of the panelists from “Sustainability Without Borders,” a NeoCon discussion hosted on June 12: John Peterson, Founder and President of Public Architecture. (He spoke alongside Rose Tourje of ANEW and Tracy Backus of Teknion.) Public Architecture is a multifaceted entity: part design firm, part outreach organization, part policy advocate, its self-professed mission is to “[put] the resources of architecture in the public interest.” One particularly successful outgrowth of the organization’s work is The 1% program, which matches nonprofit organizations (that need but often can’t afford architecture and design services) with design firms and professionals who have pledged about one percent of their billable hours to work pro bono.

What’s great about the program is that it gives designers and firms a system to formalize and follow through the do-good intentions so many of them profess. In an industry where high-end residential and commercial projects are the bread and butter of a firm’s fee-paying work, The 1% provides a framework for interspersing those projects with design work that can have a real impact in a firm’s community. John Peterson’s own experience with the lack of a support network for pro bono work in the architecture was what led him to initiate the project; his and other’s successes sparked a recent Metropolis book, The Power of Pro Bono. 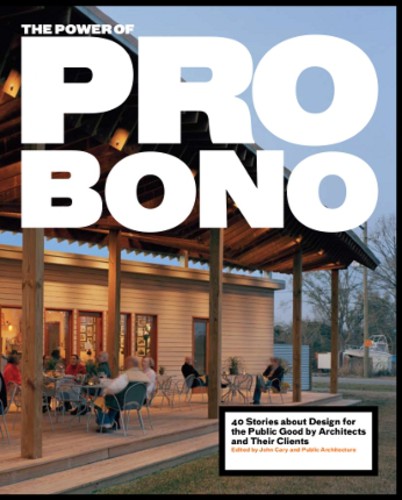 In the “Sustainability Without Borders” NeoCon discussion, John took a slightly different tack, talking about the counterproductive borders that can be created with poor communication—because sustainability isn’t just for the environment, after all, but for its people too. He cautioned the audience especially that industry jargon might be useful within the walls of a firm, but can actually alienate designers from their clients. The design profession, he argued, needs to find ways to communicate its relevance to the wider public beyond the broad strokes that usually get bandied about (how often have you heard—or used yourself—the rather vague “the power of design”?), to articulate specific values and skills that can be put to the good of clients and communities. And it’s important to do this not just through language, but through action as well, which, thanks to efforts like The 1% project, is becoming ever easier for designers.