In his new book, the CEO of IDEO extols the world-changing potential of “design thinking.”

Tim Brown admits things that many in his field won’t, including:

Unusual thinking for a designer, yes, but Tim Brown doesn’t think like an ordinary designer.

Last night, in the second-floor auditorium of the New School’s David Schwartz Fashion Education Center, Brown, who is the CEO of the design firm IDEO, spoke about his new book, Change By Design. IDEO is responsible for design innovations like the original Apple mouse and the Palm V, but Brown is more interested in what his profession can do for American health care, global warming, and development in the third world. The point made in his book, and expounded upon last night, is that “design thinking”–a term Brown coined to describe the techniques IDEO uses to achieve design innovations–can and should be used to tackle some of the most daunting problems of the 21st century. 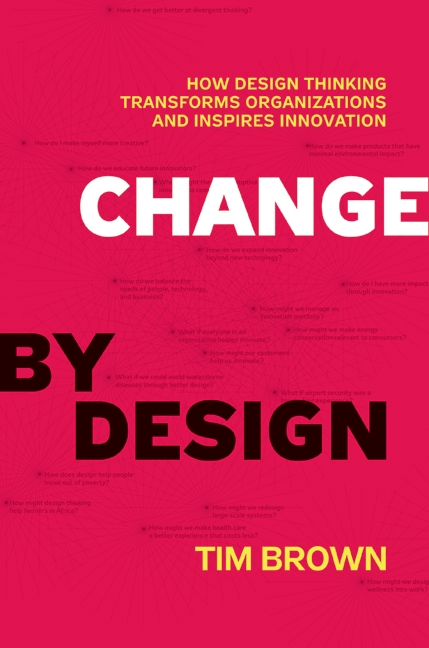 Some of Brown’s recommendations (“a tolerance for risk taking has as much to do with the culture of an organization as with its business strategy”) sound a bit like corporate self-help. But when you take a look at who’s listening (IDEO has worked for Proctor & Gamble, Toyota, PepsiCo, and a host of others) and the success the company’s had (more ISDA Industrial Excellence Awards than any other firm), it’s hard not to take him seriously. Beneath the standard how-to-innovate sections of Brown’s book lies an insistence on the value of interdisciplinary thinking, and the assertion that design, as a way of identifying and solving problems, should claim high priority in both the structure and culture of top enterprises. It’s a call to use design not just in its traditional sense–as means for making things–but to reform the process by which organizations (and individuals and governments) arrive at their conclusions. So far, businesses have caught on and are seeing the benefits. Brown hopes the rest of us will too.