This Year’s New York Design Week Is Bigger Than Ever

Design Week activities kick off on May 10 and run for 11 event-filled days. As always, the festivities coincide with ICFF, which this year celebrates its 25th anniversary.

Spring in New York City can be unpredictable: you might get blue skies and ﬂuffy clouds one day, biting winds and driving rain the next. But now that New York Design Week has matured from an offshoot of the International Contemporary Furniture Fair (May 18­–21) to a full-ﬂedged force to be reckoned with, the season reliably brings design to town—and a lot of it. This month ICFF will celebrate its 25th anniversary, with an expected 500 exhibitors from around the world, and 26,000 attendees. The fair, coupled with a burgeoning array of off-site events, has turned this annual pilgrimage into one of the largest design events in the country. It’s more than one pair of eyes can possibly take in. You’ll need our guide to find the good stuff you can’t afford to miss. 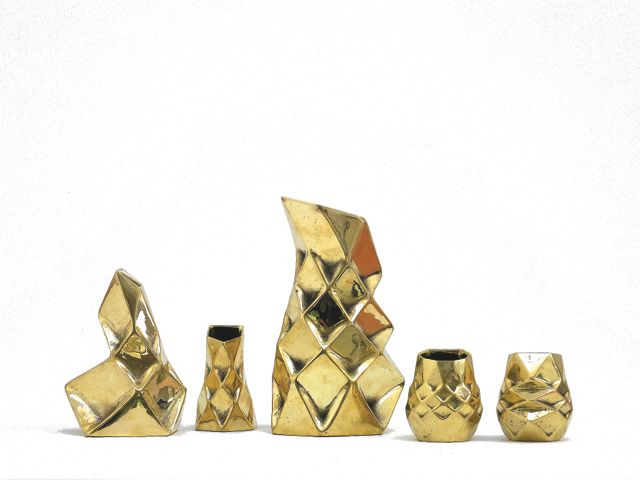 Now in its third year, the off-site fair located in the landmark Terminal Stores Building returns with a wide-ranging schedule of workshops, panels, films, presentations, and parties. It kicks off on May 18 with a three-day Conversation Series, copresented by WantedDesign and Metropolis in the cozy, Ligne Roset–furnished lounge. Associate editor Avinash Rajagopal moderates “Craftsmanship and Industry—The Reconciliation,” featuring a panel of designers, manufacturers, and retailers, including Rene-Jacques Mayer, creative director at Sevres Cité de la Ceramique. “Designing for the Senses and Caring for Sustainability,” hosted by our editor-in-chief Susan S. Szenasy, stars Philippe Grohe, Michael Arad, and Joel Towers. And Paul Clemence presides over “The Growing Voice of Design in Latin America,” with Sebastian Ocampo, Guillermo Parada, Jacqueline Terpins, and Carlos Jonqueira of Espasso. 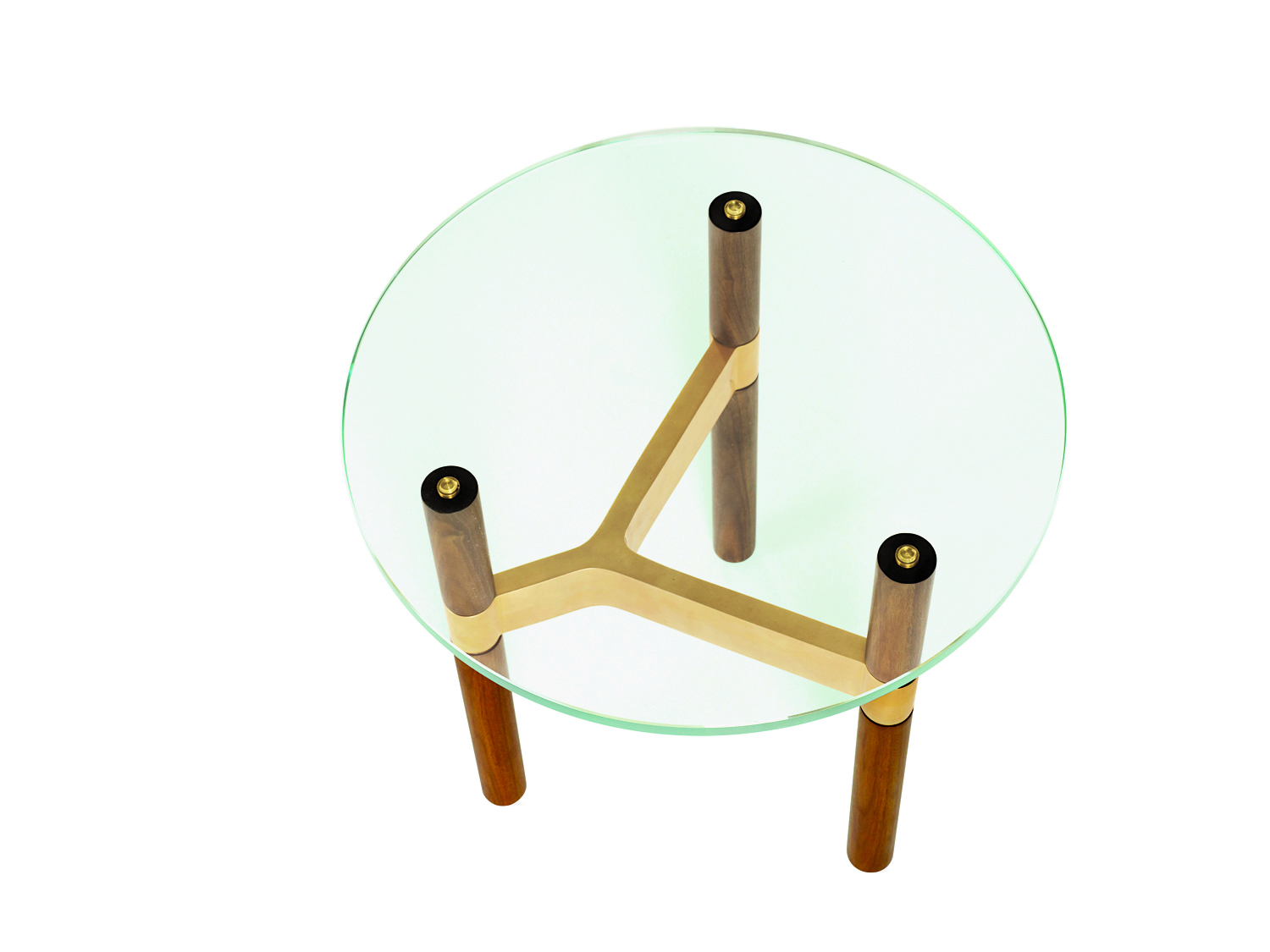 WantedDesign will showcase work from all over Europe, Asia, and the Americas. An exhibit of South American talent and Design: Istanbul-New York, presented by the American Turkish Society, are prime examples. New this year is the Launch Pad, a dedicated space to view market-ready prototypes by 20 international designers. Helping young designers bring their work to market by providing a space to connect with manufacturers and retailers is “certainly one thing we’re interested in supporting at WantedDesign,” says organizer Odile Hainaut. 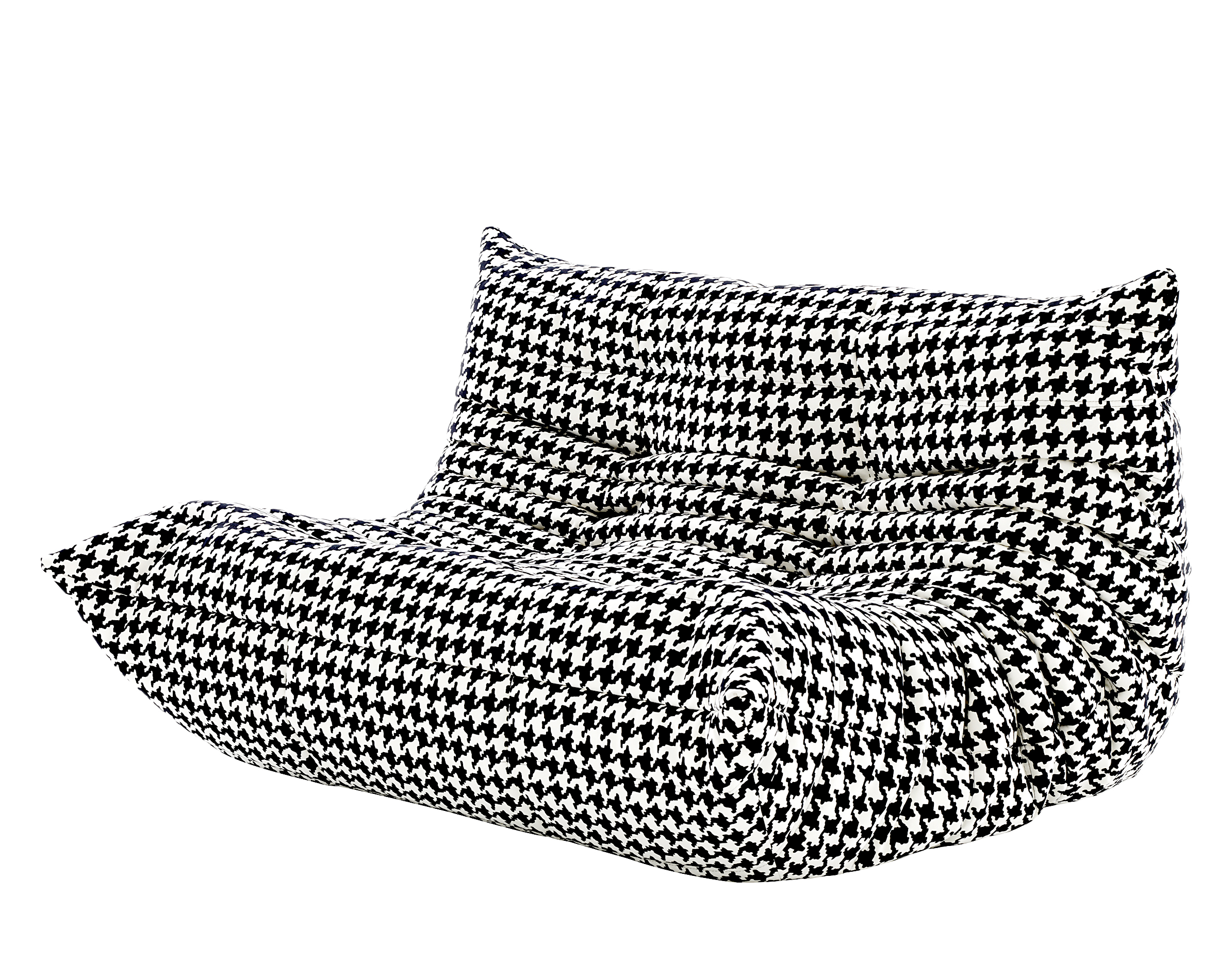 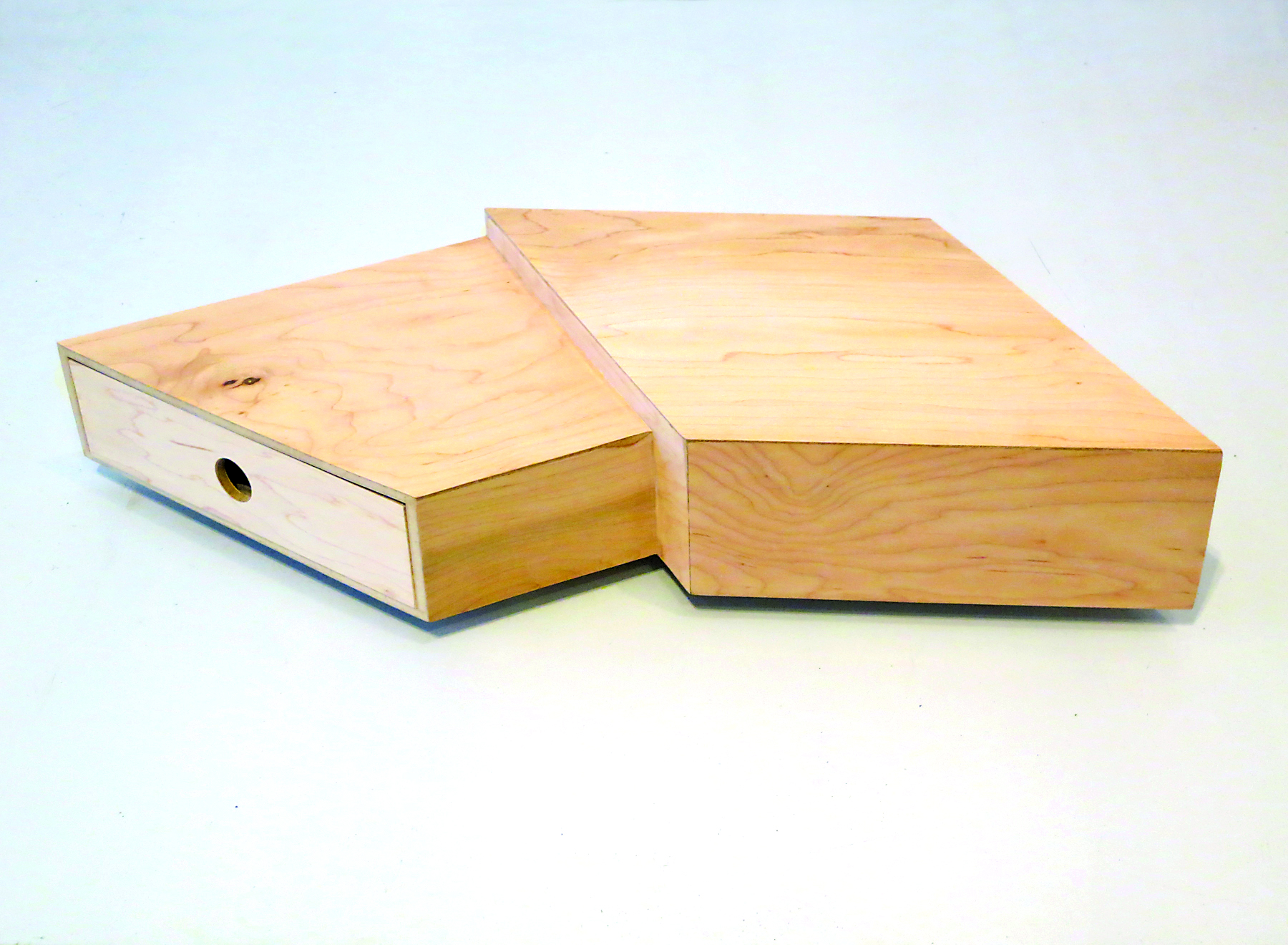 NoHo Design District presents art and design exhibitions again this year, taking over a collection of downtown sites. “The Standard was a big hub last year, but it’s undergoing renovation,” organizer Jill Singer says, “so we’re using the basement for the American Design Club exhibition.”  Singer is again working with the Merchants House Museum, presenting an exhibition on American craft traditions. NoHo Next returns this year with a focus on emerging talent. “The space where Tom Dixon was last year has been gut renovated and turned into an event space,” Singer says. “We’re using that. Our sponsor is Philips Lighting.” And look for a series of master classes at the Bowery Hotel, collaborations with Project 8 and Future Perfect, and a photography show at Plantworks. 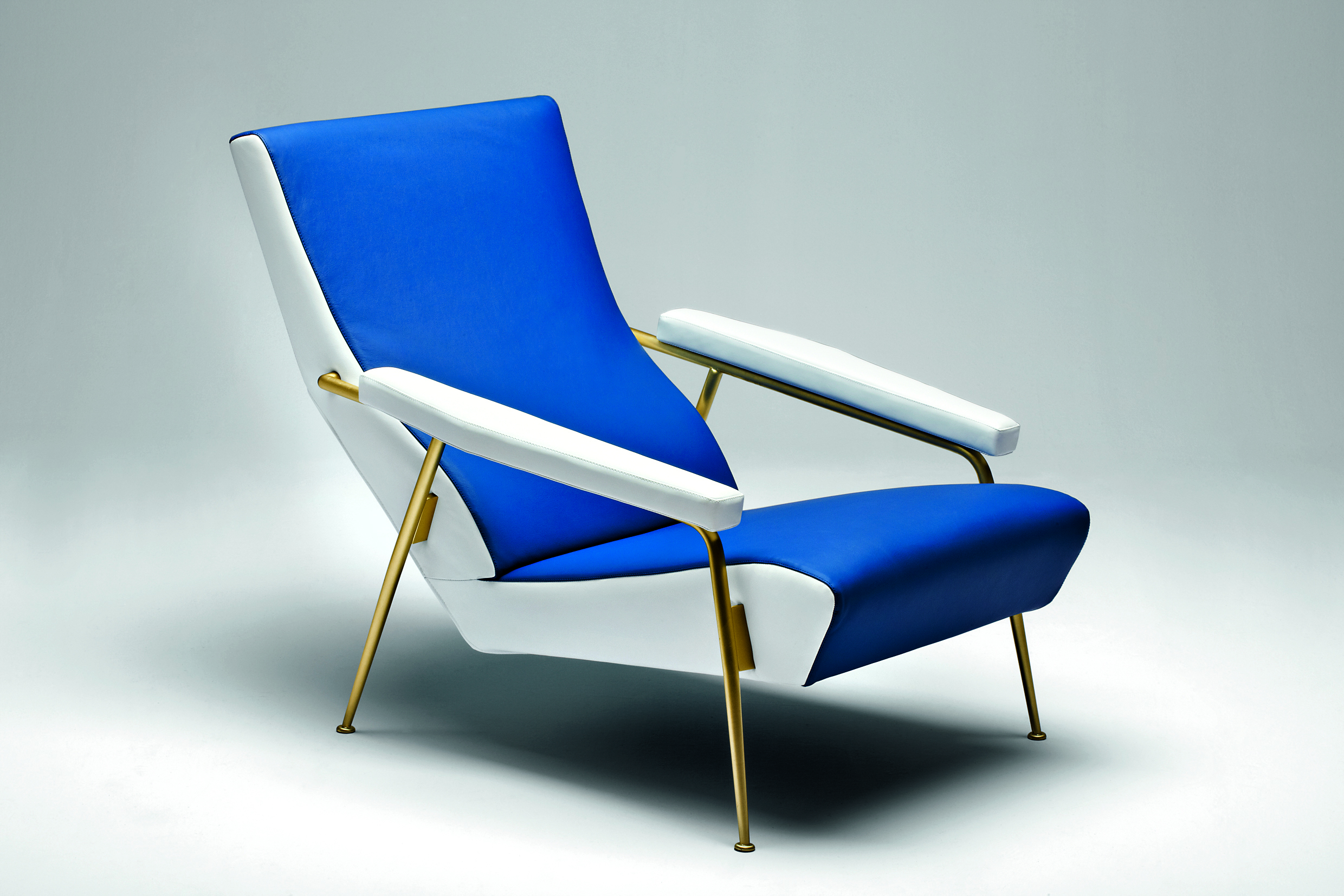 The Molteni&C flagship store in Soho will present the North American debut of a collection of furnishings by Gio Ponti, one of the great masters of twentieth-century Italian design. The collection was originally produced for private homes and small series, and includes furniture and other objects created by Ponti between 1935 and the 1950s.  Vivere alla Ponti (Living Ponti-style), an accompanying exhibition (May 16–31) at the Italian Cultural Institute of New York, at 686 Park Avenue, also will present selected pieces, along with letters, family photographs, and videos that explore the evolution of the designer and highlight seminal projects in the United States. The exhibition travels to Los Angeles in June and then moves on to Miami. 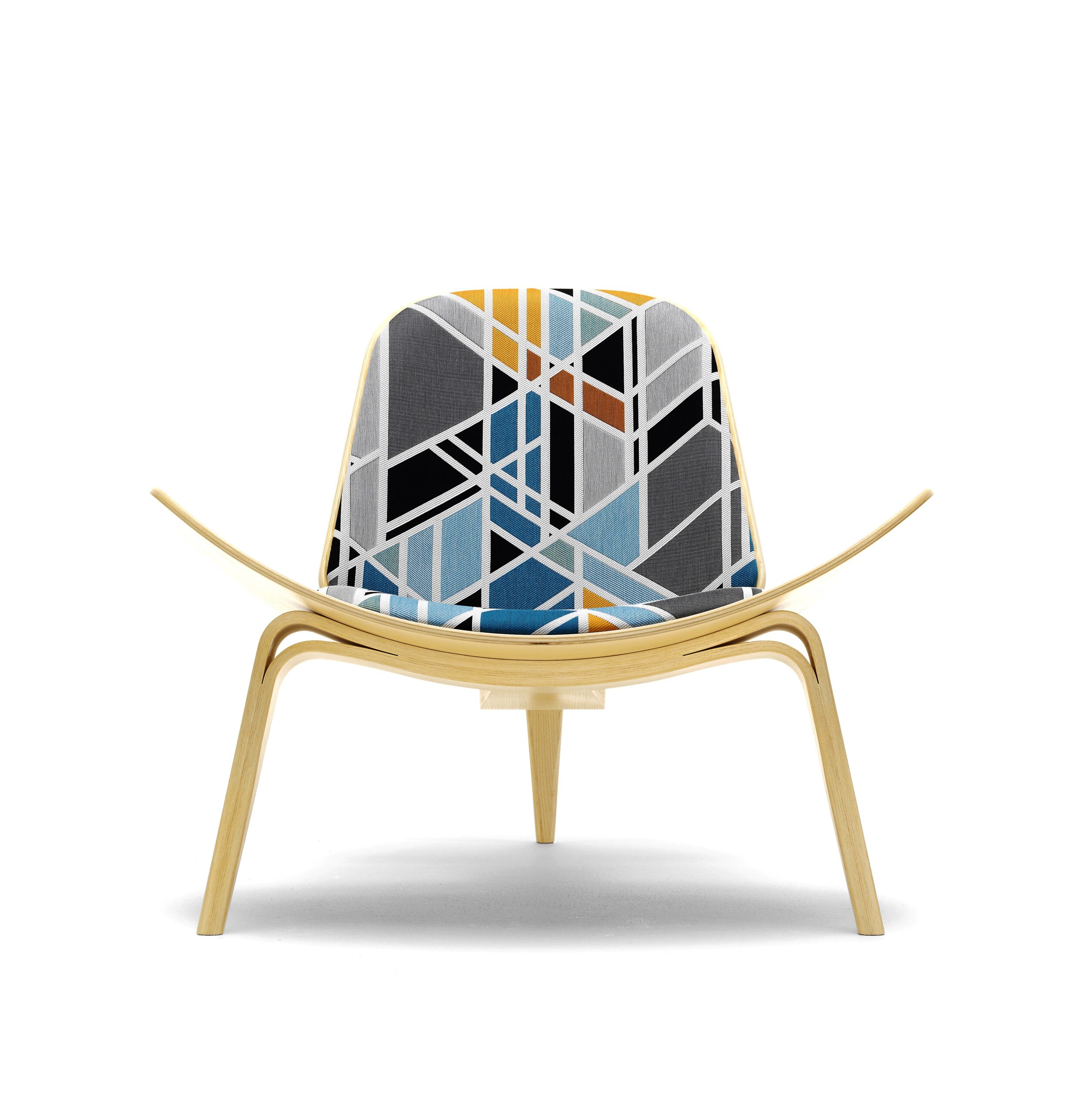 Its distinctive, versatile shape is instantly recognizable. Designed in 1963, Hans Wegner’s iconic Shell Chair celebrates its 50th anniversary at ICFF with a special series of designs on view at the Carl Hansen & Son showroom. There are 20 chairs in the anniversary collection, created in partnership with Maharam. The venerable textile house secured the participation of the Alexander Girard estate, Sarah Morris, and Hella Jongerius to produce new combinations of wood, color, and textile designs, the results of which will be available for purchase during and after the week’s events. 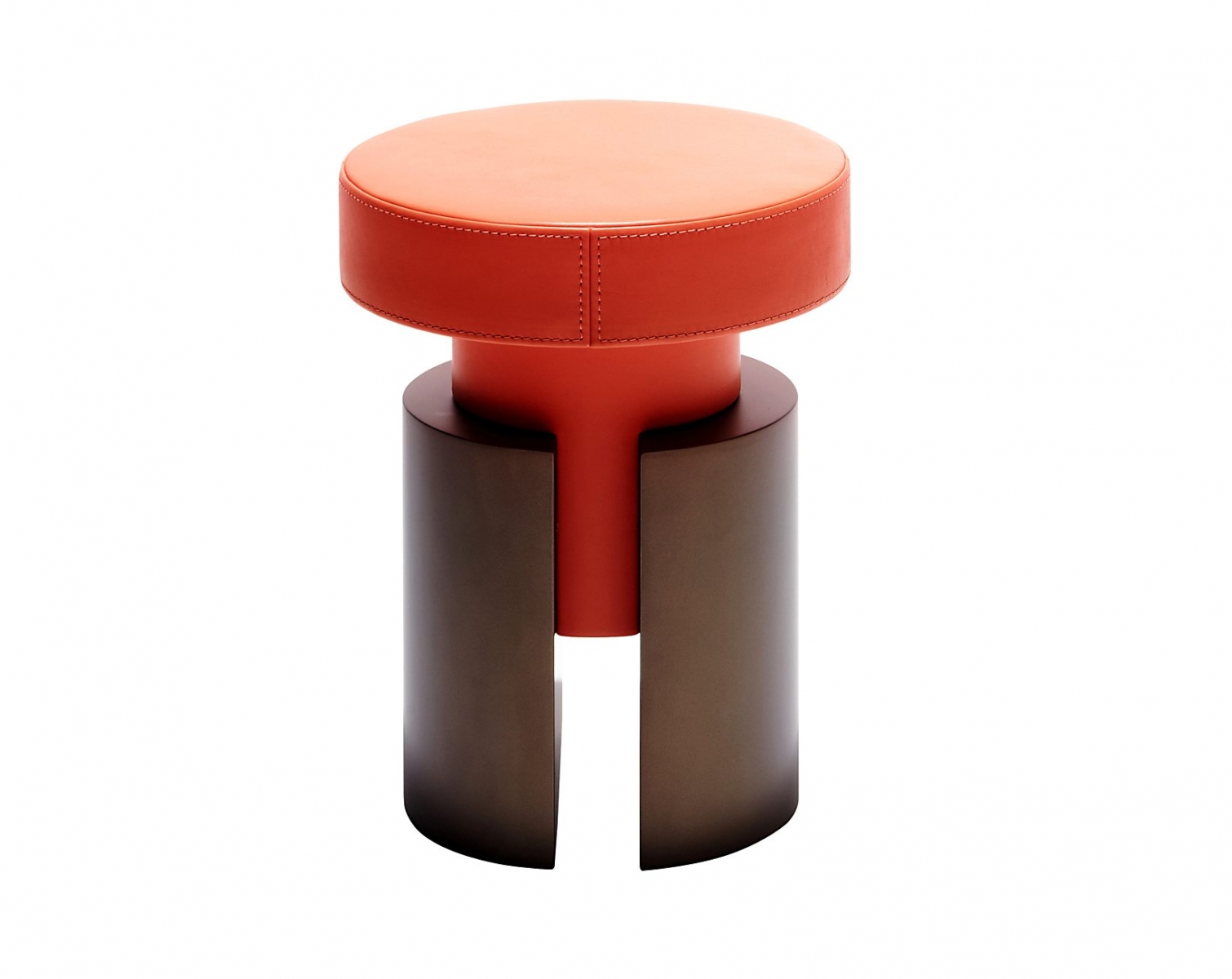 Curated by Clément Sauvoy and organized by Francesco Pirello, this event (May 18–21) showcases the work of French manufacturers such as Saint-Louis and Christofle, alongside big names from the vanguard—and the old guard—of art and design. Featured designers include a veritable who’s who: Pierre Charpin, Jean Nouvel, Christophe Pillet, Karim Rashid, Philippe Hurel, Brad Ascalon, Cedric Ragot, Marc Aurel, and Stephen Burks, among many others. The program kicks off with an opening night cocktail party complete with video projections by Eames Demetrios and a special guest appearance by David Rockwell. 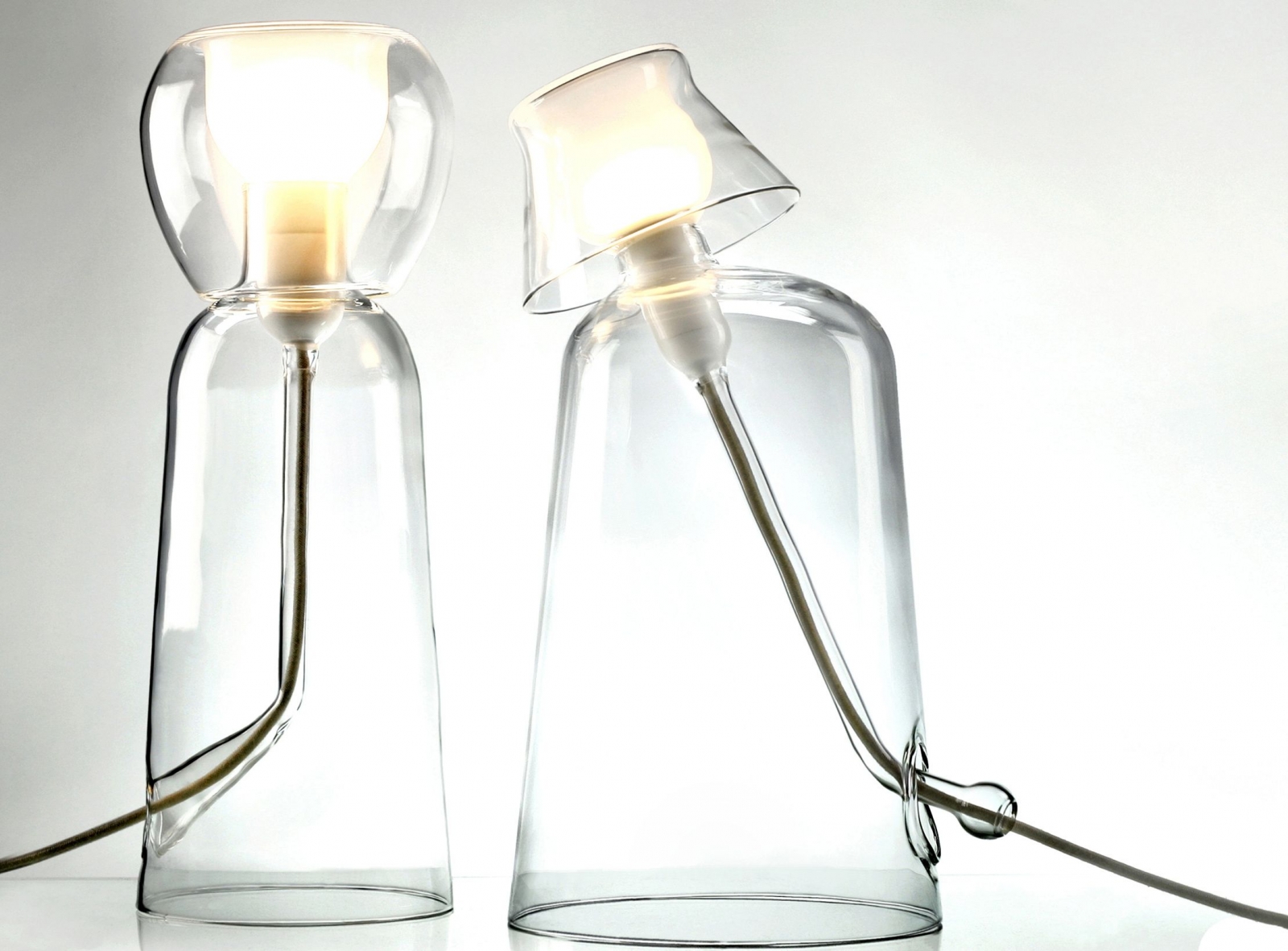 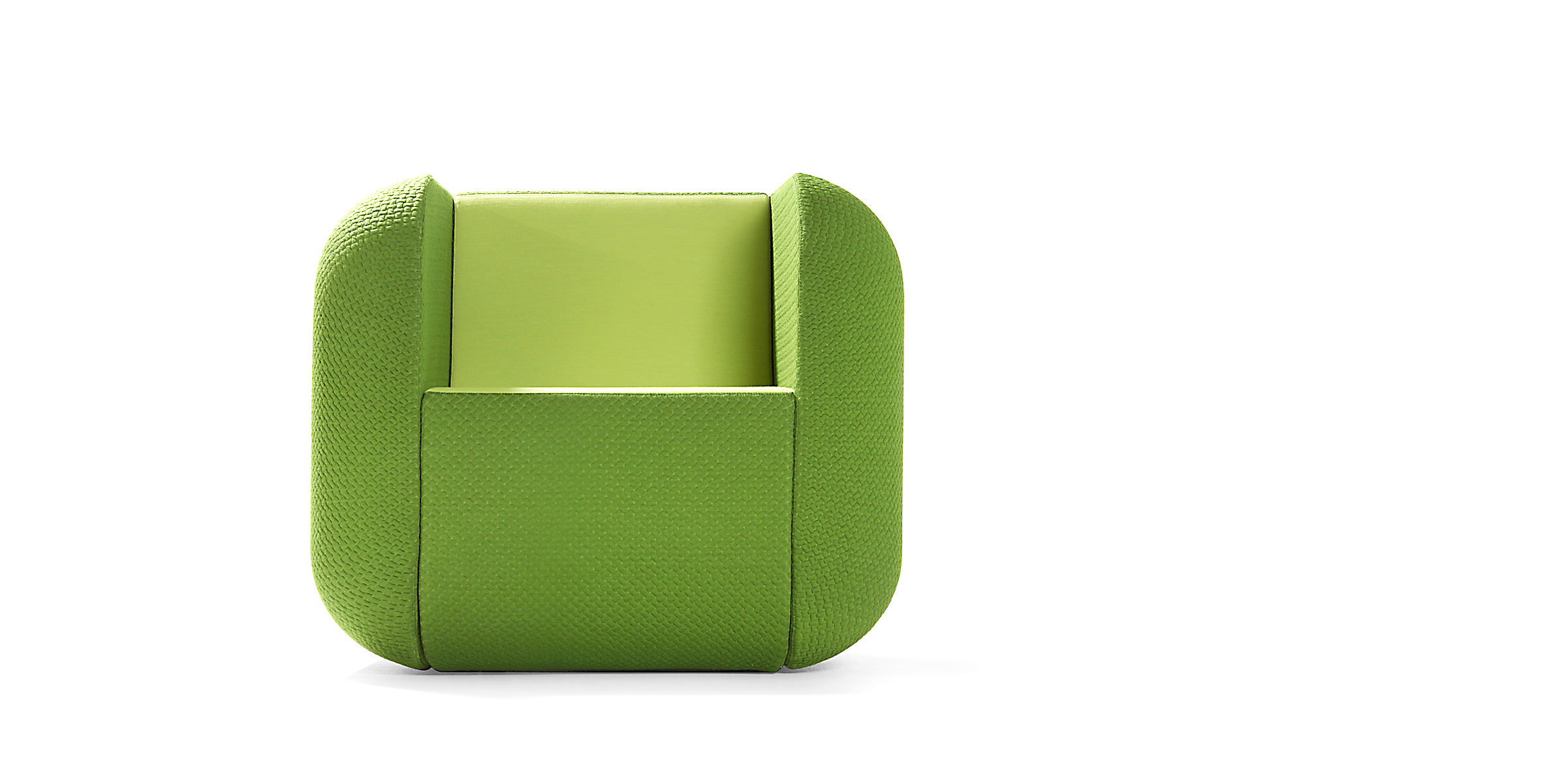 ICFF always offers a comprehensive array of exhibitors along with a dense schedule of programs. This year’s event opens on May 18 and runs for four days. Best bets include Material Makers, a new feature that examines the hands-on aspect of the design process, where designers such as Tom Dixon will collaborate with fabricators in real time; Vodunuvo, a section on the emergence of Haiti as a new design marketplace and source of new forms and ideas, presented by Patty Johnson; and a feature on the African Caribbean Design Diaspora, organized by the British European Design Group. 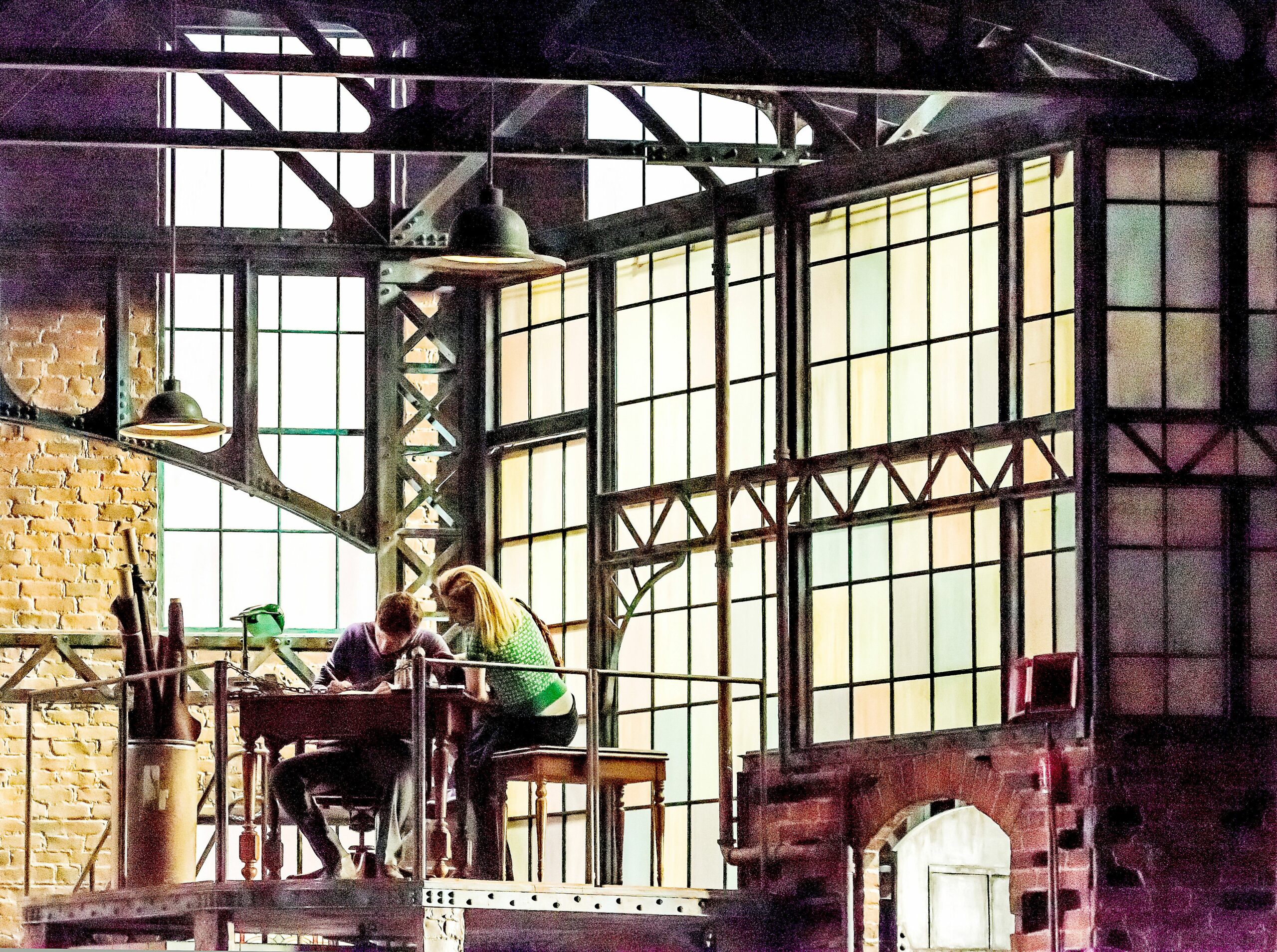 ICFF always offers a comprehensive array of exhibitors along with a dense schedule of programs. This year’s event opens on May 18 and runs for four days. Best bets include Material Makers, a new feature that examines the hands-on aspect of the design process, where designers such as Tom Dixon will collaborate with fabricators in real time; Vodunuvo, a section on the emergence of Haiti as a new design marketplace and source of new forms and ideas, presented by Patty Johnson; and a feature on the African Caribbean Design Diaspora, organized by the British European Design Group. As always, student work is featured: participating schools include the Art Center College of Design, Cranbrook; Danish Institute for Study Abroad; the University of Tokyo; and more. This year’s schedule for ICFF Talks looks particularly promising, including Metropolis’s editor-in-chief Susan S. Szenasy in conversation with the ubiquitous David Rockwell, who will discuss the set design for the new Harvey Fierstein musical Kinky Boots. Another highlight is the showcase of Norwegian designers, curated by Metropolis editorial director Paul Makovsky. 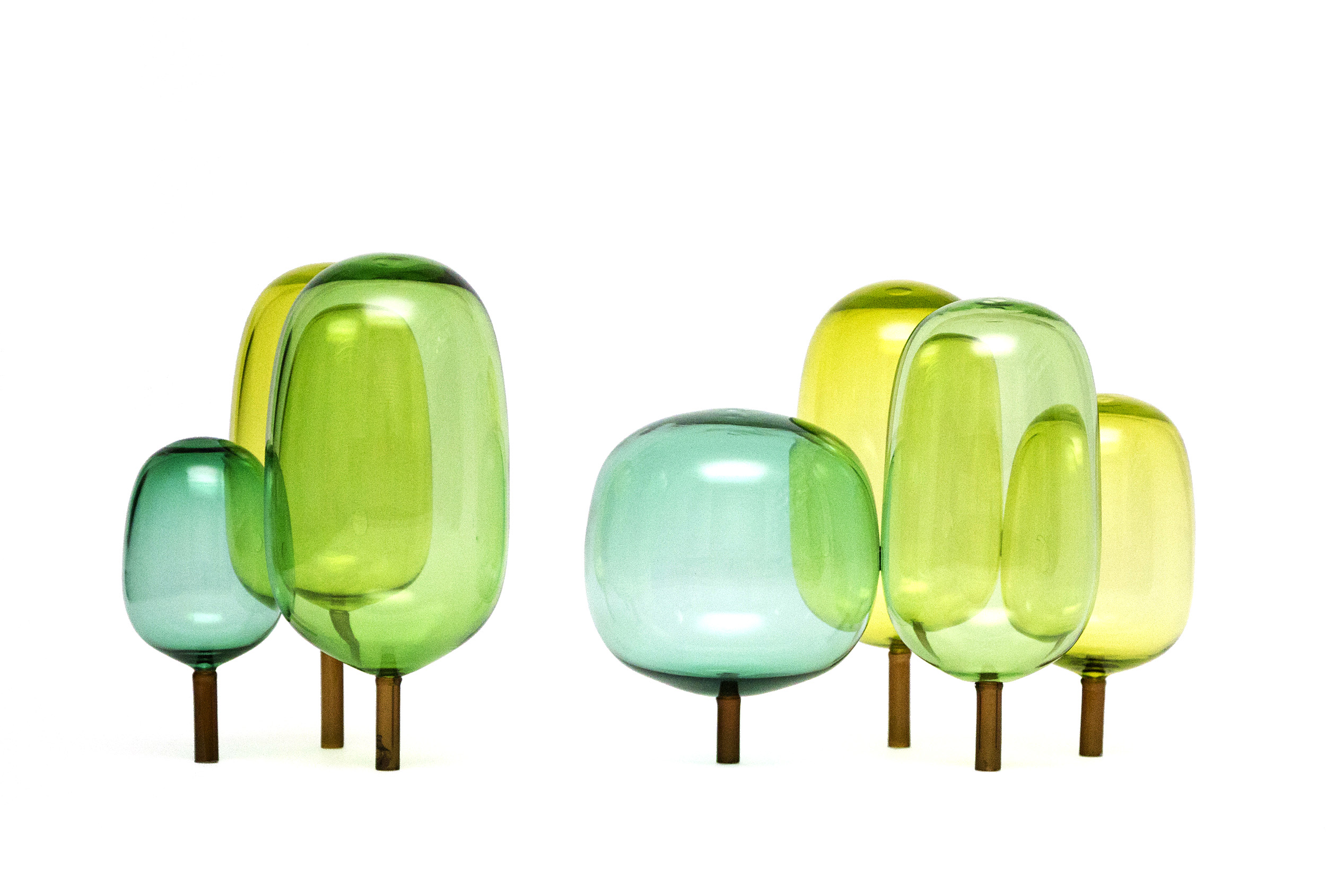 The Woods, StokkeAustad and Andreas Engesvik

The compilation highlights the fundamentals of Scandinavian design, with objects from emerging designers such as Stine Knudsen Aas, Lars Fjetland, and Oslo-based StokkeAustad. Fab.com, famous for its pop-up shops and online flash sales, hasn’t ventured into manufacturing until now. After launching its Andy Warhol Collection in Milan earlier this spring, the company is partnering with several heavy-hitters to launch three new private lines. Its collaboration with the Albers Foundation features textiles, including bedding and kitchen linens; and it has partnered with Blu Dot and ModLoft to produce two furniture collections. 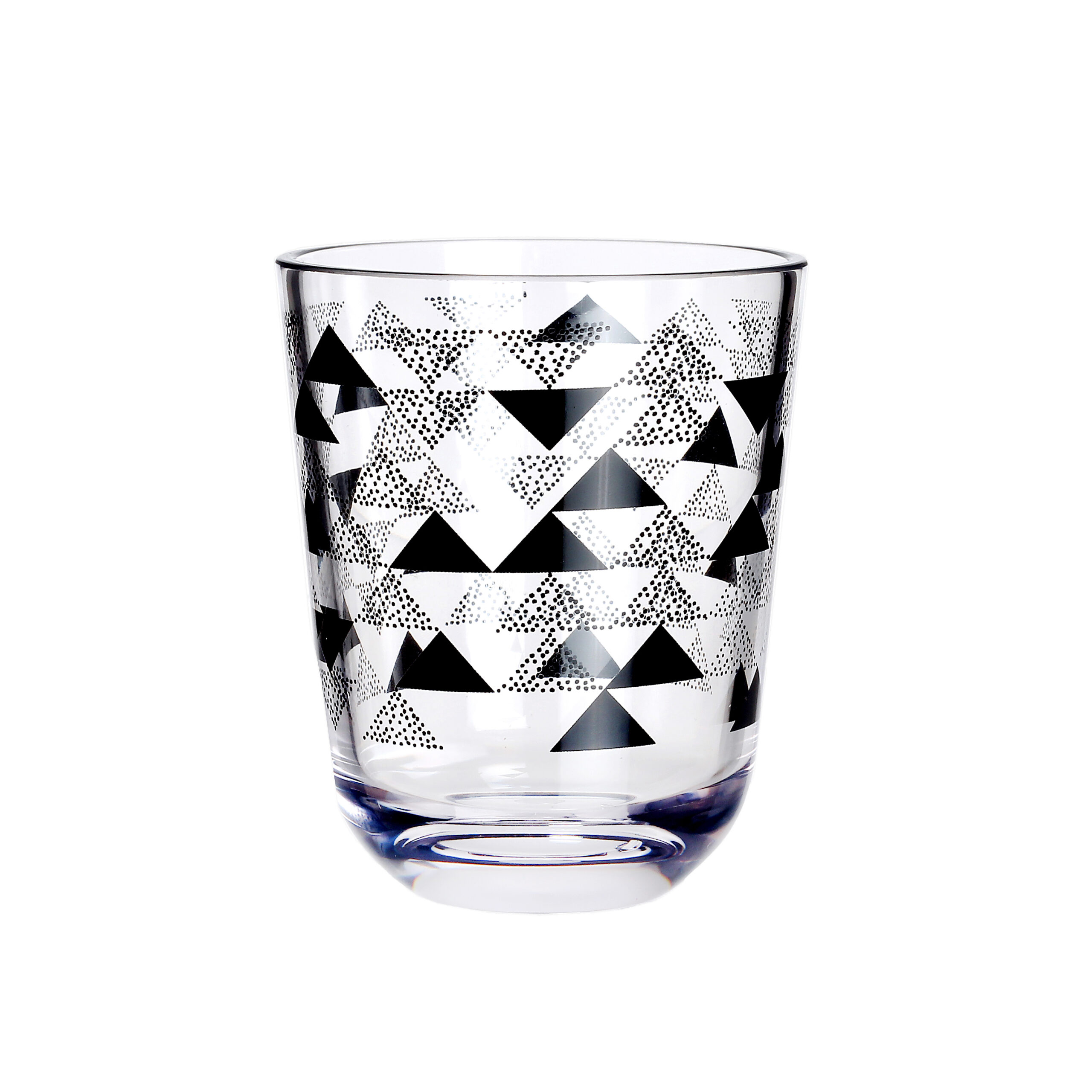 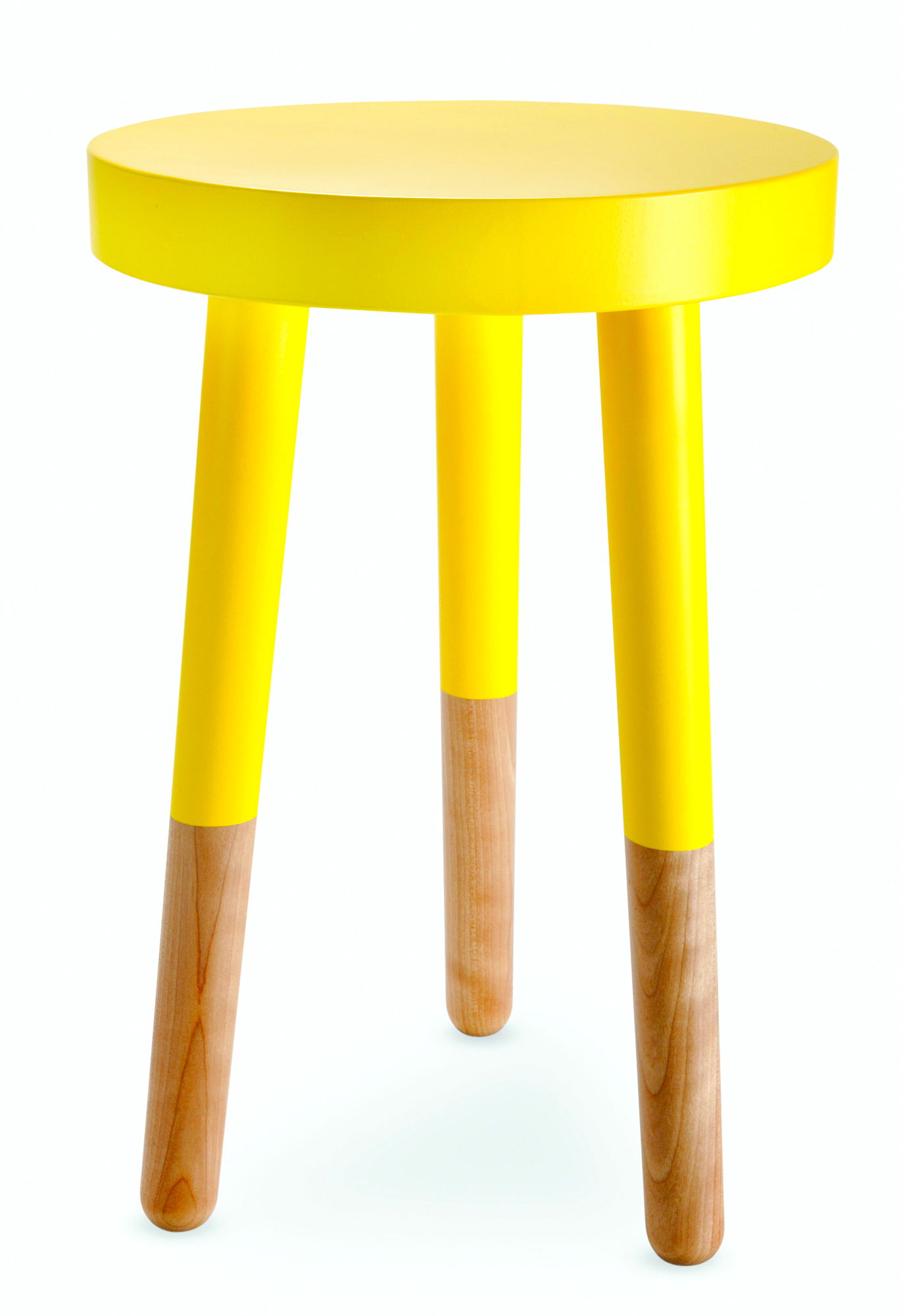 This year, the 11th in MoMA’s Design Destinations, began with an open call to product designers living and working in the five boroughs of New York City. Thousands of submissions were culled by a jury of design and architecture experts, including Paola Antonelli, Ayse Birsel, Calvin Tsao, Duro Olowu, Emily Glasser, and Emmanuel Plat. As in past years, the winners were chosen based on innovative materials, production, or technique; connections to local manufacturing; and design relevance. The designs, available exclusively through MoMA, will be featured after the launch at all MoMA Design Store locations, and online at MoMAstore.org. 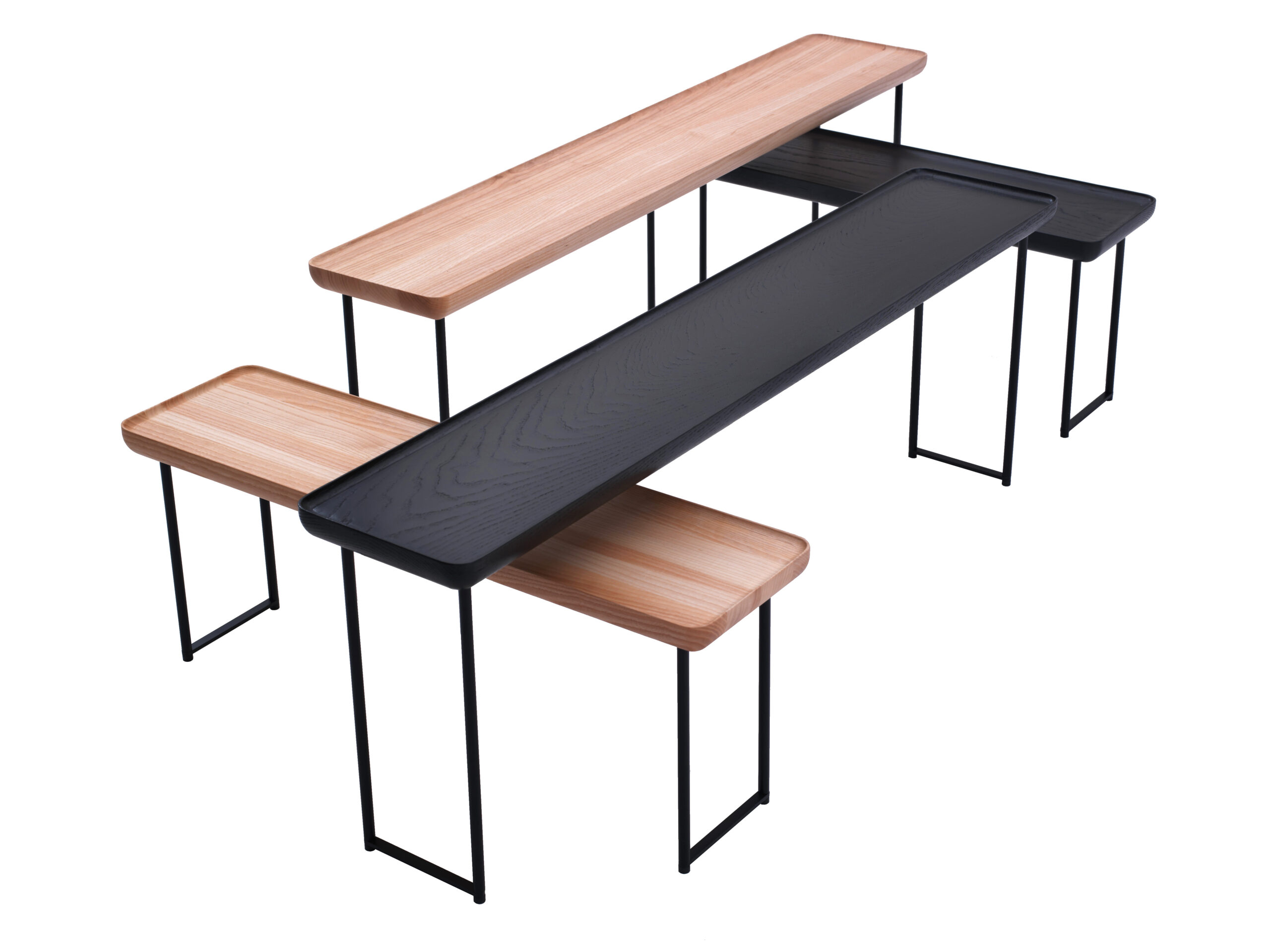 Artists and designers of all nationalities have drawn inspiration from Japan, and the legendary architect Charlotte Perriand and designer Luca Nichetto are no exception. Cassina exhibits examples from its collections that highlight the minimalist aesthetic and organic beauty of pieces inspired by Japanese aesethetics and traditions. Perriand spent many years studying in Japan, resulting in designs including the Ombra Tokyo chair, Nuage bookcase, and Tokyo chaise longue. Italian designer Nichetto’s fabric design, La Mise, shows the influence of traditional kimono designs, and Torei end tables in black or natural ash display a Japanese influence as well.