Working with biology, computation, and crafts, the Philadelphia-based architect has emerged as her field’s leading scientist. 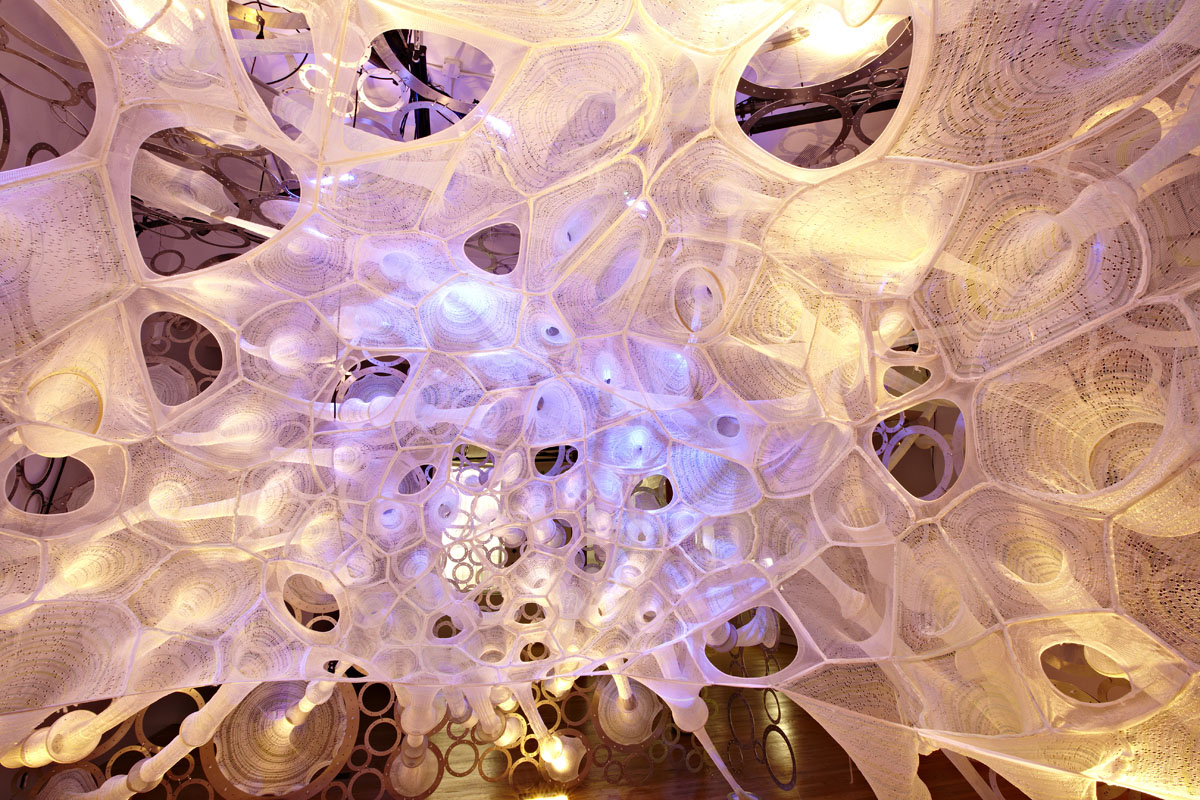 The design of the 2012 myThread Pavilion, for Nike’s Flyknit Collective, saw Sabin work with an interdisciplinary team to develop a knit structure based on the motion data of runners.

Unlike most young architects, Jenny Sabin doesn’t use the term “experimental” lightly. In fact, it would be a mistake to speak of her work in mere design terms, which prove woefully inadequate to the task. Influenced by cellular biology, Sabin, 39, conducts scientific investigations that seek to reveal and replicate the metabolic complexities of the human body.

Her namesake Philadelphia studio experiments with biomorphic materials and fabrication technologies, which then are picked up and further pursued by the architect’s other creative outlet, the Sabin Design Lab at the Cornell University College of Architecture, Art, and Planning. The work advanced by both has established Sabin as one of architecture’s leading scientists.

Having developed digital-knitting techniques and 3-D-printed ceramic bricks, among other innovations, Sabin now has two National Science Foundation (NSF) grants, a 2014 League Prize for young architects from the Architectural League of New York, and a slew of other prestigious accolades to her name. She’s also a founder of the design research network LabStudio, with molecular biologist Peter Lloyd Jones—a unique pairing that led to Sabin’s acceptance into the Institute for Medicine and Engineering. 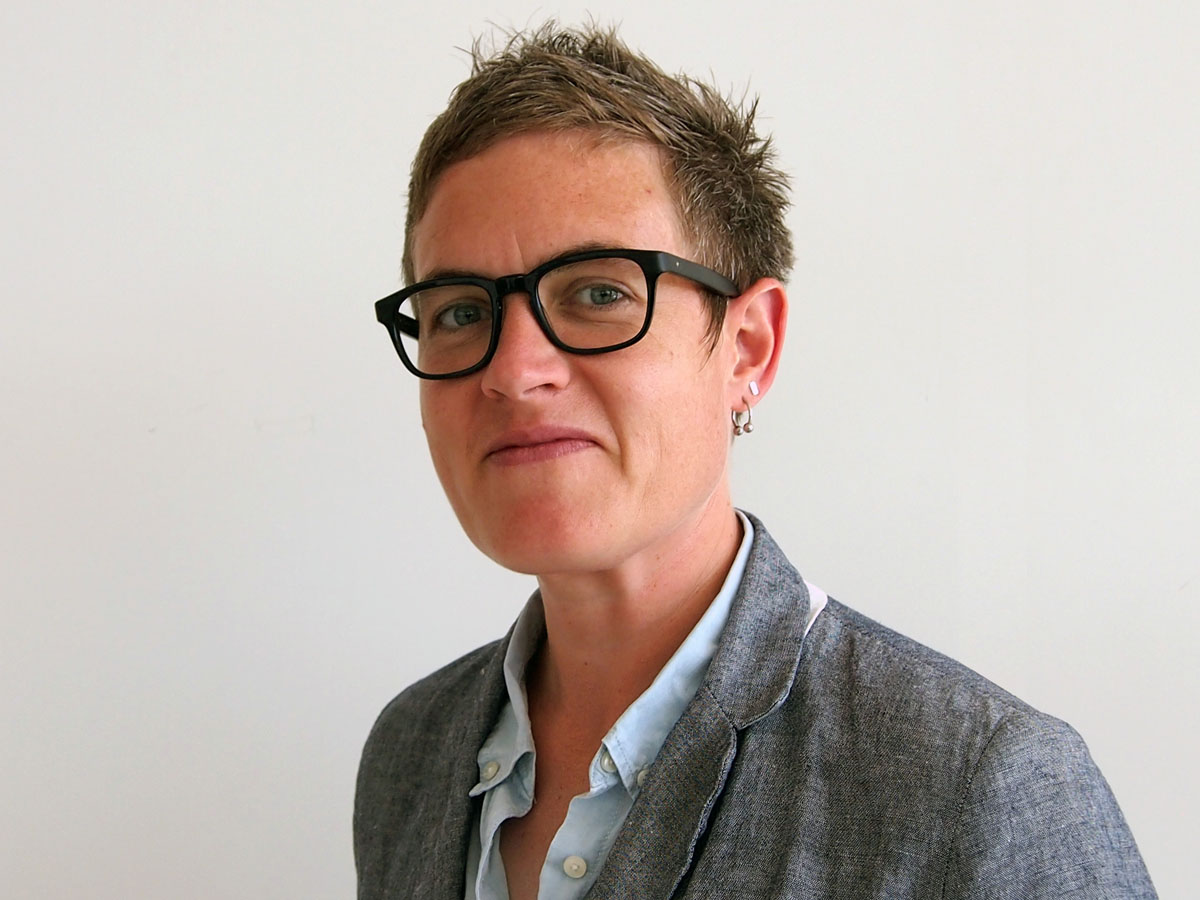 Collaborating with biologists, mathematicians, engineers, and artists, she designs with the body in mind, often by extrapolating data sets from various physiological responses. For her hallmark project to date, the myThread Pavilion commissioned by Nike for its Flyknit Collective, Sabin and her team purported to “knit and braid a building” based on a structure derived from biometric data collected from a group of runners. They analyzed the resulting information patterns, transferred them to the parameters of knitting, and used solar-active, photoluminescent, and reflective threads to craft a seamless 3-D-textile installation. Pulled into tension, first in New York in 2012 and again as a larger-scale structure erected in Berlin in 2013, the pavilions looked like complex organisms that reacted to environmental stimuli—their involuted geometric forms shimmering under modulated light to dazzling effect. Sabin’s scientific rigor bespeaks her aesthetics: “I’m very interested in beautiful things.”

The architect’s recent work with kirigami folds for building skins and her Polyvine facade paneling for a 2014 North Philadelphia residential complex also derive exquisite ornament from scientific inquiry. As her success in research, fabrication, and construction mounts, Sabin aspires to pursue an increasingly vanguard practice. “I’m always investigating how processes and behaviors give rise to new, increasingly immersive, beautiful, and kind of obsessive formal and material products,” she says. “It’s at the cutting edge of where I want to go with architecture.” 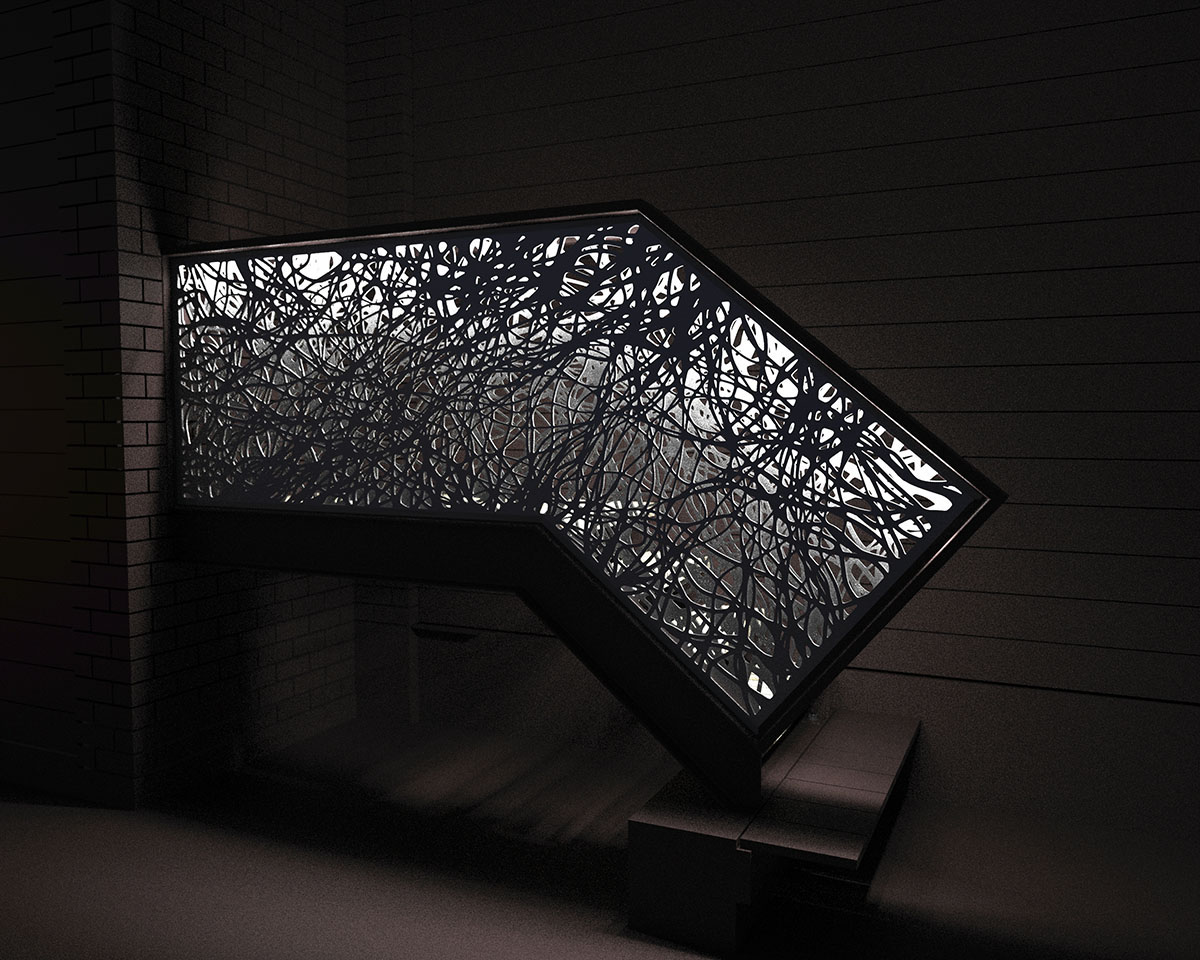 Sabin’s team developed a bespoke script based on growth patterns of local vines to generate PolyVine, an ornament applied to railings at the Folsom Powerhouse mixed-use development in Philadelphia.

“Jenny Sabin is intensely interested in the structures that support our buildings, but she finds her inspiration in the most unlikely places. Through her studies of immensely strong natural forms and networks— including cancer cells—and her collaborations with scientists, she is developing ways to build more resilient structures.” —Inga Saffron, architecture critic for the Philadelphia Inquirer