Getting to Know Grafton Architects, Directors of the 2018 Venice Biennale

This article comes to us via our media partner ArchDaily. You can read the original article here.

“When you read Love in the Time of Cholera you come to realize the magic realism of South America.” Yvonne Farrell, Shelley McNamara and I were in a corner of the Barbican Centre’s sprawling, shallow atrium talking about the subject of their most recent accolade, the Royal Institute of British Architects’ inaugural International Prize, awarded that previous evening. That same night the two Irish architects, who founded their practice in Dublin in the 1970s, also delivered a lecture on the Universidad de Ingeniería and Tecnologia (UTEC)—their “modern-day Machu Picchu” in Lima—to a packed audience in London’s Portland Place.

Farrell and McNamara, who together lead a team of twenty-five as Grafton Architects, are both powerful thinkers, considered conversationalists and unobtrusively groundbreaking designers. For a practice so compact, their international portfolio is exceptionally broad. The first phase of the UTEC in the Peruvian capital, which began following an international competition in 2011, represents the farthest territory the practice have geographically occupied. The project is, in their words, a “man-made cliff” between the Pacific and the mountains – on one side a cascading garden, and on the other a “shoulder” to the city cast from bare concrete.

The scale and character of the UTEC belie a rich portfolio of smaller projects, which began in the mid-1990s. A specialism in higher education buildings has evolved out of successive competitions, culminating (prior to UTEC) in Milan’s Universita Luigi Bocconi (2008). Burrowed into a small site along one of the city’s wide, tall streets, the monumental twenty-two-meter interior cantilever of the building appears to defy gravity – or, in their words, exists “in dialogue with gravity.” The spatial control required to achieve this structural feat was, for Farrell, a simple matter of “positioning the two main beams on the roof, and then hanging the offices so they could act like soffits adjusted.”

Ireland, where Shelley and McNamara were both born and educated, and from where they now teach and practice, has been crucial to the development of their temperament as architects. The country is topographically defined on the one hand by geological, primal coastlines and landscapes and, on the other, elemental vernacular structures. “The places that you love do seep into your unconscious,” McNamara says. “And they have probably also seeped into our way of thinking. We found at a certain moment that in order to find a way of discussing our own work to ourselves—to be liberated from just the plan, section and elevation—required a different sort of language. We would ask: is it a cliff? Is it something floating, like a cloud?” These sorts of terms have partially transposed Grafton’s practice from the confines of their own discipline into another area of thought.

“At the same time,” Farrell argues, “there is also a fantastic heritage of town, sprawl, and street in Ireland. When I was a child I was part of a town structure but I could always run out and into the fields – there exists this duality between urban and rural.” “Ruined monasteries, tower houses, and fragments standing in the landscape are all incredibly strong,” McNamara believes. And there is certainly a particular sort of elementalism to these images, and in particular where the west coast of the country faces the uninterrupted expanse of the Atlantic. “We’re aware of sky and we’re aware of wind; we’re on an island in which things are constantly changing,” Farrell states. “We are very conscious of weather and, therefore, outside and inside change.”

“We often say that James Joyce,” the great Irish poet and novelist, “held Dublin in the words of a book,” Farrell recalls. “In a similar way I think that we also imagine verbally, and then make.” Projects become more than just a story or a narrative – they become an inhabited physical reality. “When you read Thomas Hardy’s descriptions, for example, you realise that he was an architect. For us literature, words, imagination and making are all very deeply connected.”

This approach has, in recent decades, become more and more a part of how Irish architecture is perceived around the world. “It’s a value system rather an aesthetic,” Farrell asserts. “Shelley and I have taught in many architecture schools around the world but the thing about Irish schools of architecture is that students have their feet on the ground, but their eyes on the stars.” This culture developed through the generosity of heads of schools, McNamara recalls. “They gave young architects teaching jobs which meant, for instance, that Yvonne and I were working as teachers only one year out of college. It means that we now have twenty-five years of conversation with people about their work, and our work too.”

For a practice cultivated in such an intimate context, Grafton have emerged as highly international. Alongside their creative leadership of the 2018 Venice Architecture Biennale, they are currently working on the London School of Economics’ Paul Marshall Building in London, the Institut Mines Telecom in Paris, the University of Economics in Toulouse, and a new city library for Dublin. “This sort of global practice,” Farrell explains, “can be about learning from new places; being mobile enough to go and understand them. Or it can be about cultural imperialism and homogenisation. Earlier I was reading about what was supposedly the first university in the world, which accommodated primarily Chinese and Indian scholars. It’s existence was based on nothing more than the exchange of culture and ideas – and certainly not about one taking over the other. For us, ‘globalised’ practice is not about conquering something, or asserting your presence someplace – it’s about contributing to something that you find is good.” 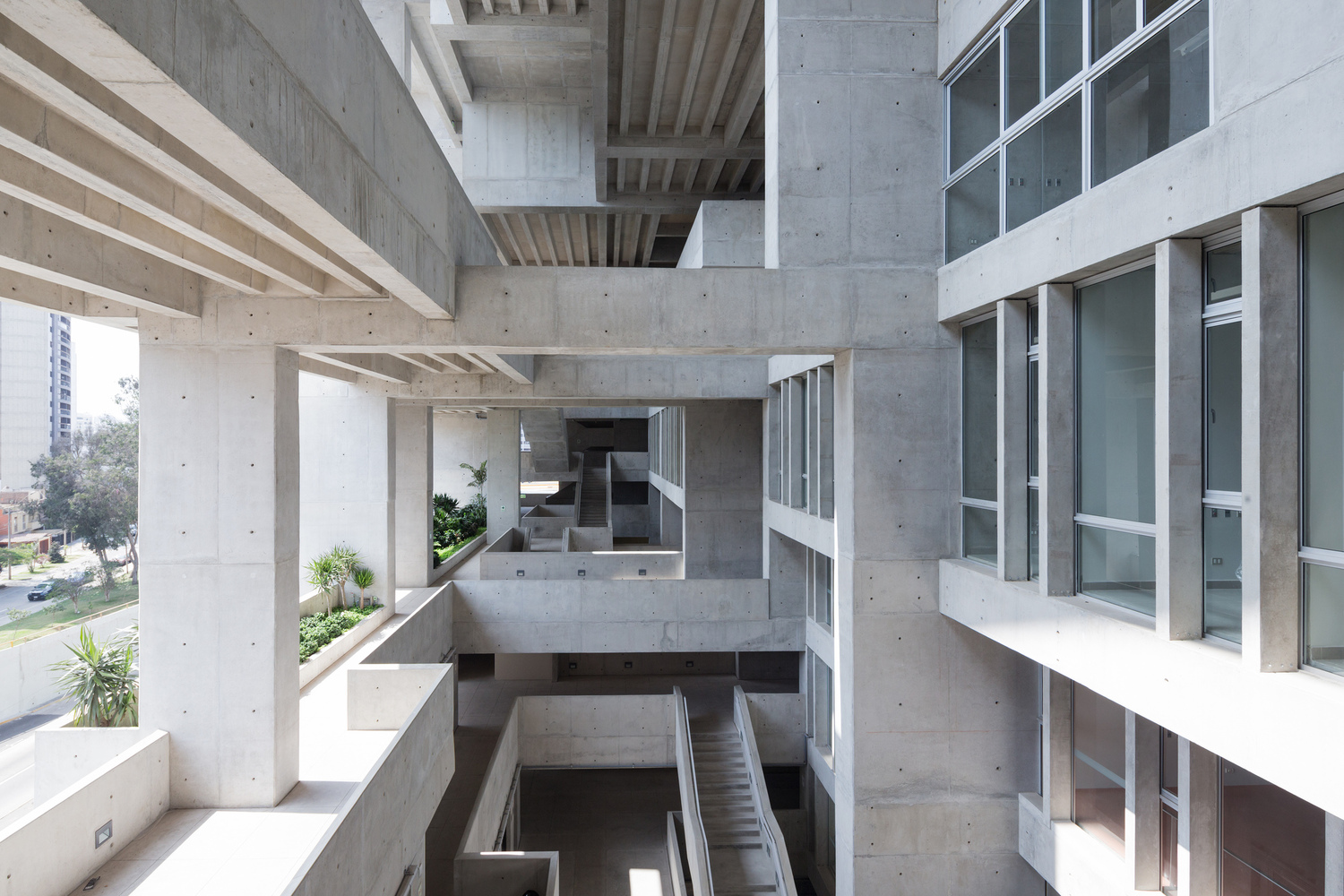 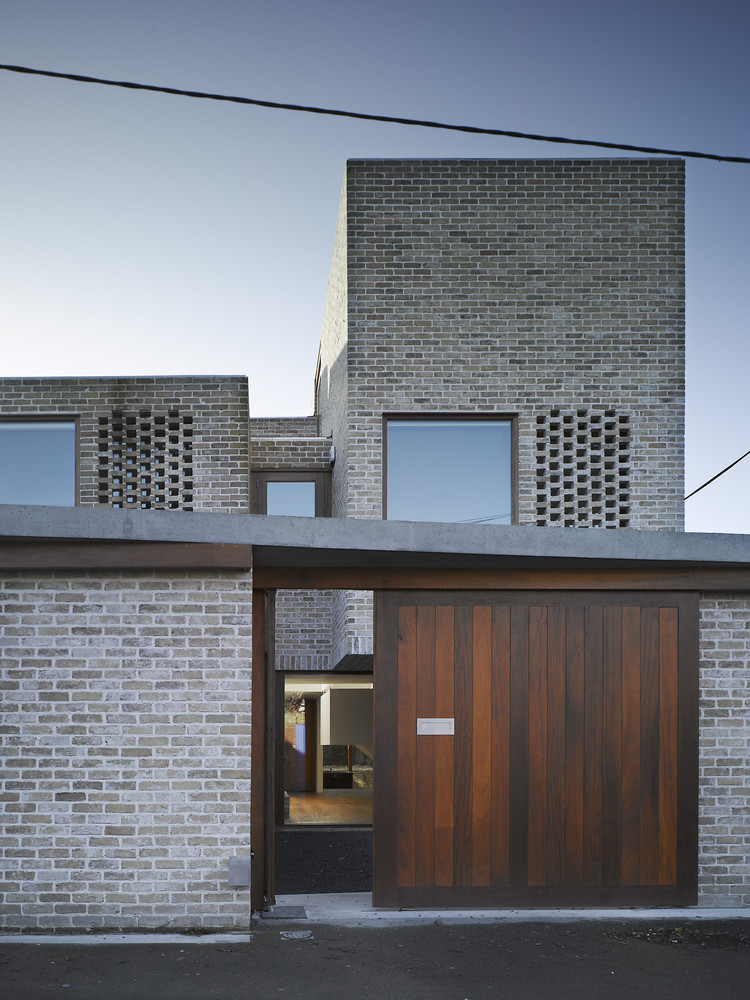