A Pleasant Surprise at P.S.1 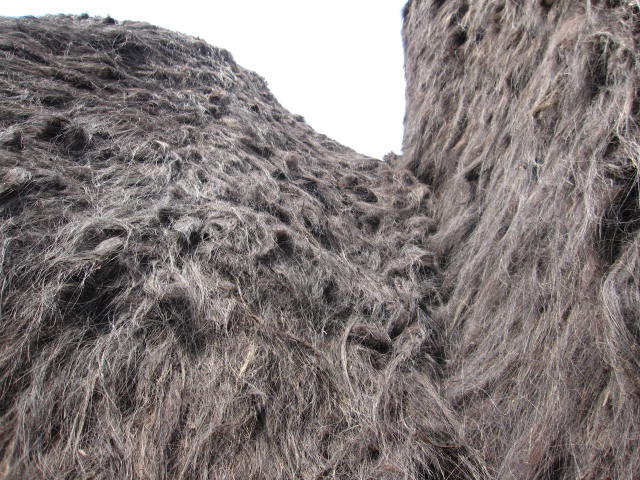 When photos surfaced last Friday of the P.S.1 courtyard pavilion built by MOS–the winner of this year’s MoMA/P.S.1 Young Architects Program–I worried that the firm’s principals, Hilary Sample and Michael Meredith, had failed to fulfill one of the brief’s most basic requirements: creating an outdoor oasis where museum visitors and Warm Up revelers could escape the summer sun and cool off. Sure, there was shade… but what could be less suggestive of “cooling off” than the woolly brown fur heaped upon and flowing over the sides of the canopies (which prompted one blog to run the headline “Somebody Skinned Snuffleupagus”)?

Seeing the structure in person this morning, however, completely changed my impression of MOS’s creation. Yes, the “fur”–actually a palm-fiber thatch from Indonesia called ijuk, typically used as a sublayer in roofing–looks a bit sweltering in the sun. But the installation was actually designed to have a distinct cooling effect. As Sample and Meredith explained to a small gathering of journalists, a series of chimneys creates an air-pressure differential that draws cooler air from a shady corner of the courtyard through the pavilion. (Meredith called the result a “weird furry factory of sorts.”) Indeed, standing beneath one of the canopies, there was a noticeable breeze. 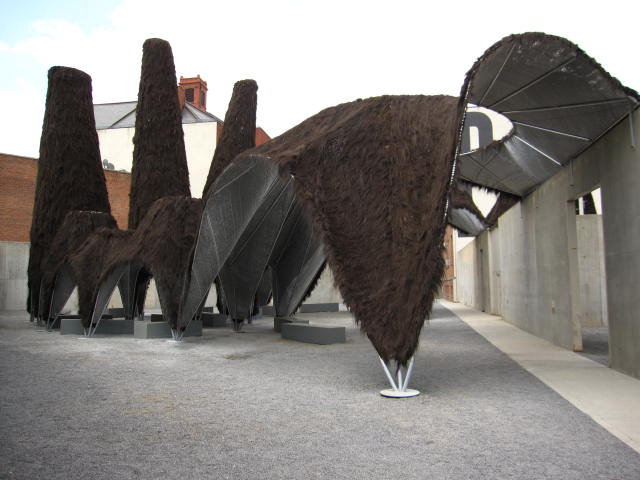 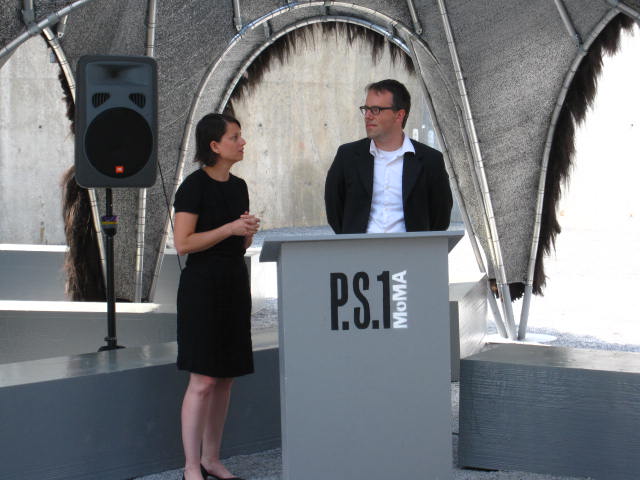 Function aside, MOS’s “urban shelter” is a charmingly oddball piece of temporary architecture. The more I walked around and through it, the more I grew to like it. The contrast between the absurdly hairy exterior and the sleek aluminum interior is amusing–but it’s not just a joke. Meredith said that the firm is interested in the tension between Modernism and primitivism evident in some early and late strains of Modernist architecture. Here, they’ve pushed that tension to a quirky extreme. 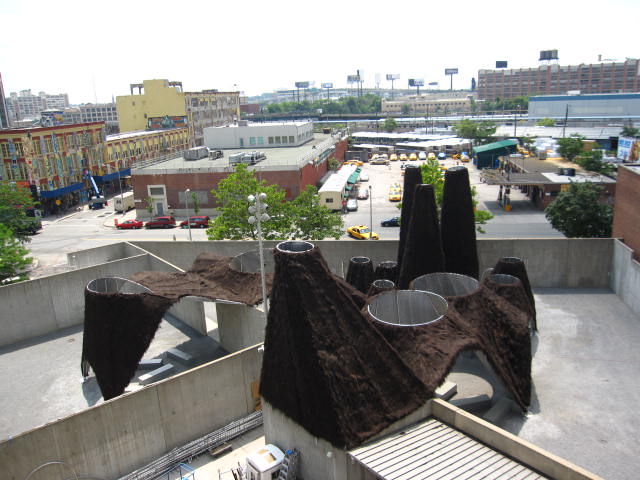 A view of afterparty from the roof of P.S.1 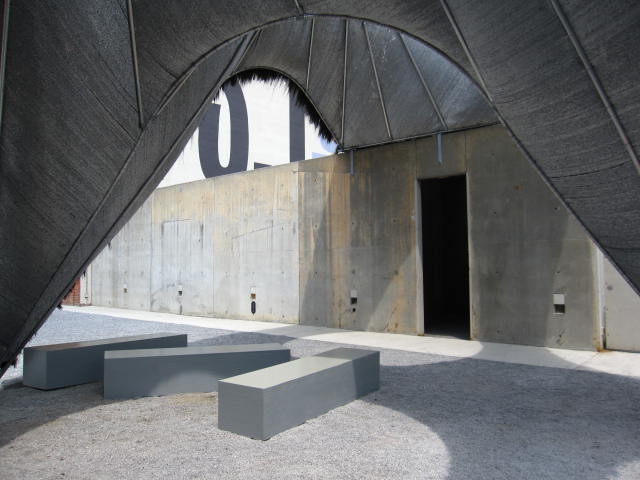 The interior surface is a lightweight aluminum fabric used in hydroponic farming to control light. The structure is held up by aluminum piping like the kind found in scaffolding. The benches are foam sprayed with polyurea. 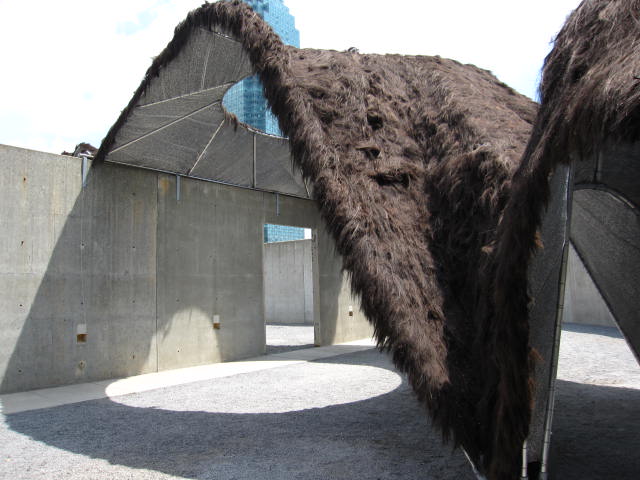