This month it was New York vs. Alabama, suits vs. students. 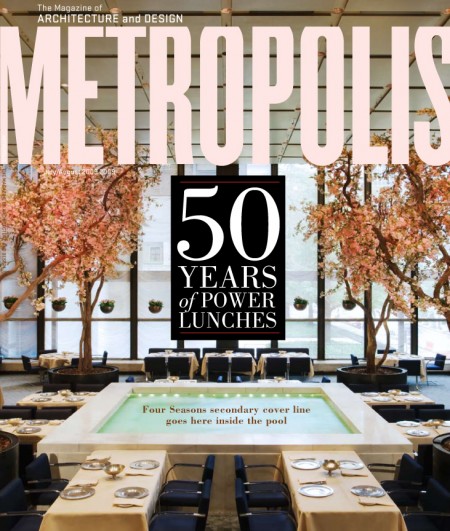 For this month’s cover it was New York vs. Alabama, suits vs. students. Both directions were valid. Each had a pedigree backed by a design legend–Philip Johnson at the Four Seasons, Samuel Mockbee at Auburn University’s Rural Studio. The deciding factor? There were other magazines that could feature the Four Seasons, but only Metropolis could take the Rural Studio’s $20,000 house and put it on the cover. I wonder how many dinners on 52nd Street $20K buys.