Behind the June Cover

Our creative director talks about this month’s cover illustration. 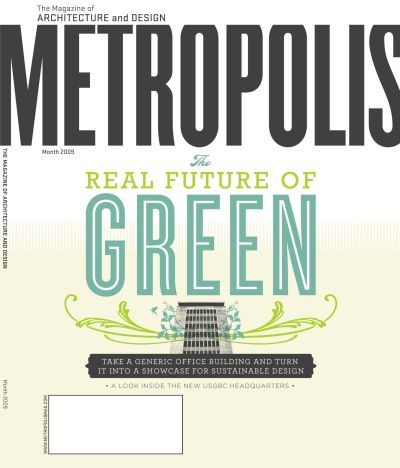 “It took the editors around here a couple of tries to get used to saying their name without giggling,” says Metropolis’s creative director, Criswell Lappin, of Aesthetic Apparatus, the Minneapolis-based ﬁrm that illustrated this month’s cover. “By then we had found one of their concepts particularly com­pel­ling: the idea that the future of green building (in this case, the new headquarters of the U.S. Green Building Council, in Washington, D.C.) would involve utiliz­ing existing structures. We just needed to deter­mine whe­ther it should be type- or image-driven. After Michael Byzewski put in a tad more quality time, we went with this image—a generic-looking concrete structure—but not before pumping up the type a bit.”