Cohen House, Siesta Key, Florida, Architect: Paul Rudolph. Photo: Ezra Stoller/Esto. Frank Lloyd Wright, Mies van der Rohe, Eero Saarinen, Gordon Bunshaft—they all had their buildings “Stollerized.” To have one’s building photographed by Ezra Stoller was to practically ensure its place in the architectural canon, such was the power of the black and white images […]

Frank Lloyd Wright, Mies van der Rohe, Eero Saarinen, Gordon Bunshaft—they all had their buildings “Stollerized.” To have one’s building photographed by Ezra Stoller was to practically ensure its place in the architectural canon, such was the power of the black and white images he created. Stoller worked in a way few architectural photographers before him had, waiting for days, watching the light move across the surface of a building, studying it deeply before he clicked the first photograph. The crisp and clear pictures that resulted made him the ideal photographer of the Modernist movement in the 50s and 60s.

Opinions of his work have changed as appreciation for modernist architecture itself waxed and waned. In 1980, architecture critic Paul Goldberger accused him of abstracting buildings, reducing them to “precious objects.” Other critics have praised his ability to subtly contextualize buildings in time and space, including small details of history and geography. But looking at the images that will be displayed in an upcoming exhibition of his work at the Yossi Milo Gallery in New York, it seems that Stoller’s peculiar power came from being able to do both. 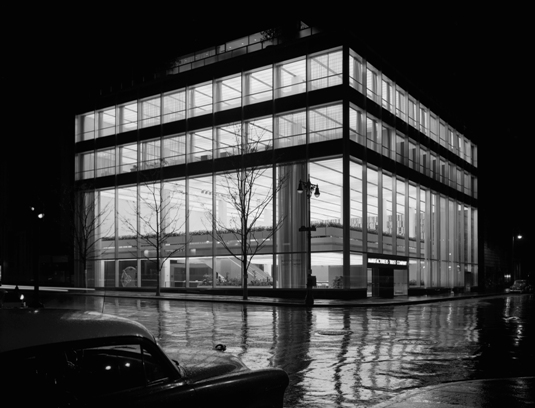 In an interview with Metropolis in 2009, photographer Peter Aaron talked about accompanying Stoller on his photo shoots. Stoller believed that photography was a series of images, he said, it wasn’t about the single iconic image. “It’s the sequence that tells the story.” By adding lesser-known images to the ones we’re already familiar with, the exhibition at Yossi Milo will fill in the gaps in that sequence. The photograph of the Manufacturer’s Trust Company (above) does transform the building into a glowing jewel – its brilliance reflected not just in the water on the street, but also in the wet metal skin of an automobile. But this image must be understood with the one below, in which a passerby stops to stare at the bank’s famously exposed vault, his inscrutable expression reflected in the plate glass. 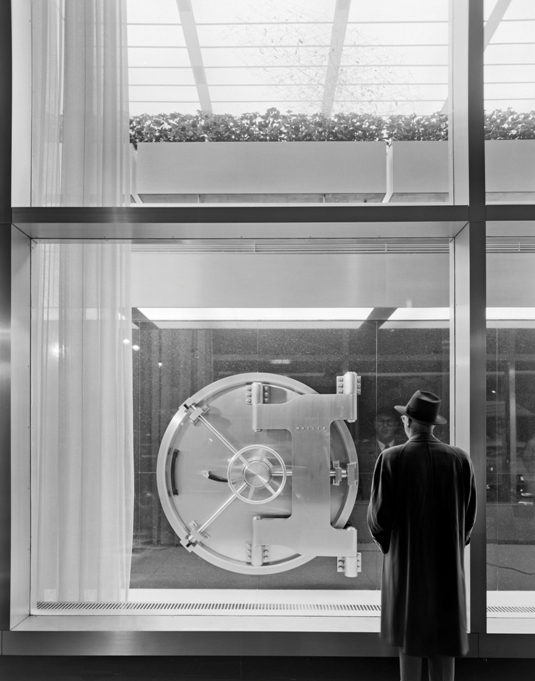 It is a theme repeated in other images in the exhibition, challenging the notion that Stoller’s photographs were uncritically celebratory of their subjects. A photo of Marcel Breuer’s Starkey House is playful – even bordering on the ridiculous – in the way it dramatizes the boxy home’s relationship with the topography of the site. The solemn grace of the Seagram Building is undercut by a bikini clad sunbather in an advertisement for an amusement park. Women in the Guggenheim’s spiral pause to stare into space, imbuing the architecture with an air of melancholia. These photographs are not just abstract or awe-inspiring, they employ a full arsenal of emotion. Here is a small taste of the images that will be on display at the exhibition. 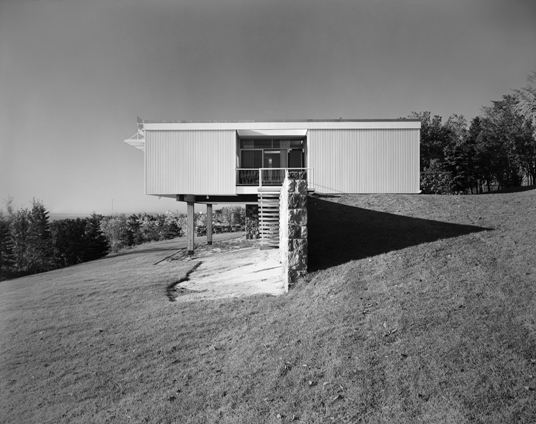 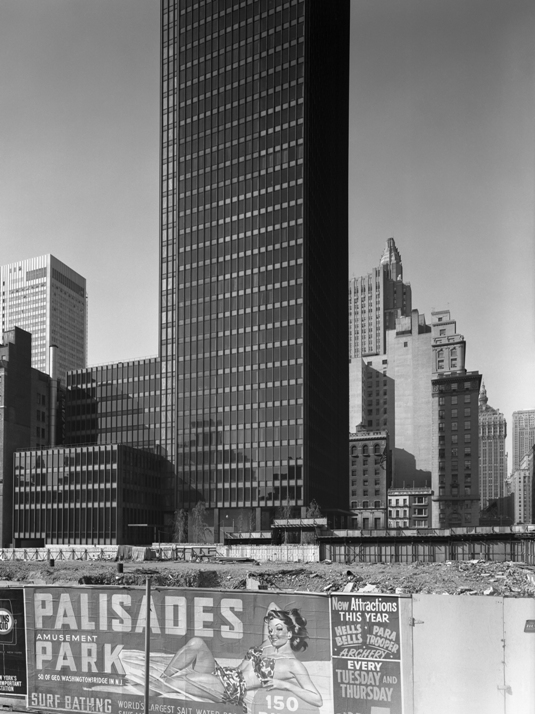 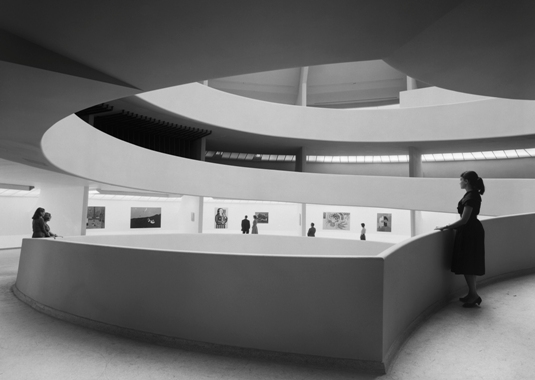 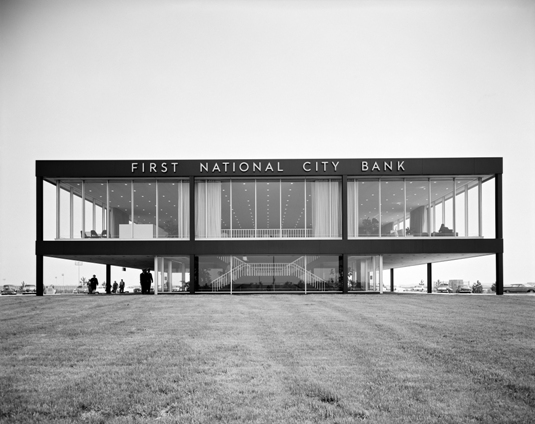 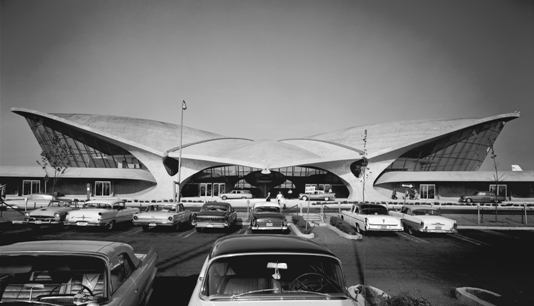 Ezra Stoller’s photographs will be exhibited between January 6th and February 12, 2011, at the Yossi Milo Gallery, New York. More details are available in the events section of our web site, or here.