The U.S. department of Housing and Urban Development (HUD) announced grants of nearly $100 million at the end of last year to fund community projects that forward its six livability principles, guidelines that encourage walkable development, affordable housing and environmental protection. The grants are managed by HUD’s office of Sustainable Housing and Communities and attracted […]

The U.S. department of Housing and Urban Development (HUD) announced grants of nearly $100 million at the end of last year to fund community projects that forward its six livability principles, guidelines that encourage walkable development, affordable housing and environmental protection. The grants are managed by HUD’s office of Sustainable Housing and Communities and attracted applications from towns and cities all across the United States. As the program’s director Shelly Poticha describes it, her office was “overwhelmed by the number and variety of the applications” which originated from both Democratic and Republican enclaves.

This diversity is encouraging in today’s contentious political climate, when legislation that funds such grants provokes heated arguments and claims of a government conspiracy to control how we live. In fact, a close look at the application data reveals that 113 of the 841 proposals submitted came from just four historically Republican states: Florida, Georgia, Texas, and Louisiana. In addition, according to HUD, small communities generated more than half of the proposals. Kate Rube, the policy director at Smart Growth America, a non-profit advocacy group based in Washington D.C. emphasizes that funding of this kind “is not a liberal or progressive issue” rather, it is “designed to help make regions and communities more economically competitive and the federal government’s programs (DOT, EPA, and HUD) less siloed.”

Poticha points out that her office takes a bottom-up approach to fomenting change and encouraging more effective, coordinated planning. As for results, she recognizes the challenge of trying to apply one set of performance measures to all the project grants. Instead, applications included self-identified goals that were often “more aggressive and included more rigorous measures” than the Sustainable Communities Office had expected. A frequent goal that emerged somewhat surprisingly was communities’ desire to develop strategies that would make fresh foods more accessible as a way to reduce obesity and improve community health.

Overall, the program encourages general goals to guide local planning, such as increasing mixed-use development or decreasing household transportation costs, but frees communities to set their own priorities and devise goals that match their unique set of needs.  As Poticha describes, “the grassroots is much more advanced…we are learning from them.”

Among the Regional Planning grantees is the Des Moines Area Metropolitan Planning Organization, which was awarded $2.2 million to create sustainable housing, environmental, transit, and land use plans for the central Iowa region. Betheny Wilcoxon, a planner for the organization, explains that a priority for the community is economic competitiveness which planning supported by this grant will enhance. In the course of the application process, area leaders from both sides of the aisle realized this project could positively transform the region, with one steering committee member declaring it would be his “most important contribution as a public official.” A central goal of the project which exceeds the mandatory outcomes outlined by HUD is to increase the number of mixed income, ethnically diverse neighborhoods with walkable or transit access to jobs, schools, and public parks. 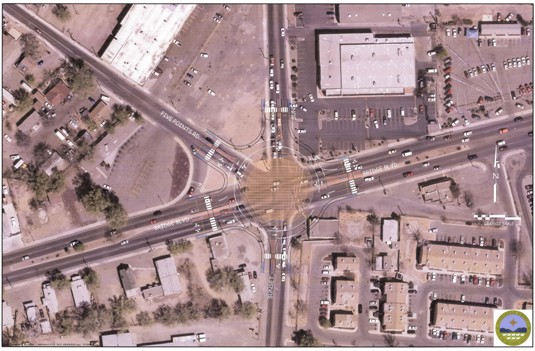 Among successful applicants for HUD’s Challenge Grants, awarded by the same office but intended for proposals closer to implementation, is Bernalillo County in New Mexico. Bernalillo includes Albuquerque, a rapidly growing city with the unfortunate distinction of having the highest pedestrian fatality rate in the country and third highest bicyclist fatality rate. Richard Meadows, Transportation Planner for the county, says the $500,000 grant will be used to increase biking, walking, and transit ridership while making it much safer. The focus of the project is a three mile long arterial and river crossing in the South Valley which lacks for pedestrian or bicycle infrastructure. According to Meadows there is bipartisan support for the project, but the most historic collaboration is happening across department lines: local public works and planning organizations are coordinating efforts “for the first time in the County.”