I’m not sure that wood is any more prevalent at the fair this year than in the past, but overwhelmingly the pieces that have stood out for me are made of it. Take Ikea’s booth featuring its new PS Collection, which tasked designer’s with getting back to their Swedish roots. Wood was a heavily represented theme—one the press release refers to it as “a never-ending love story.” I couldn’t have said it better myself. 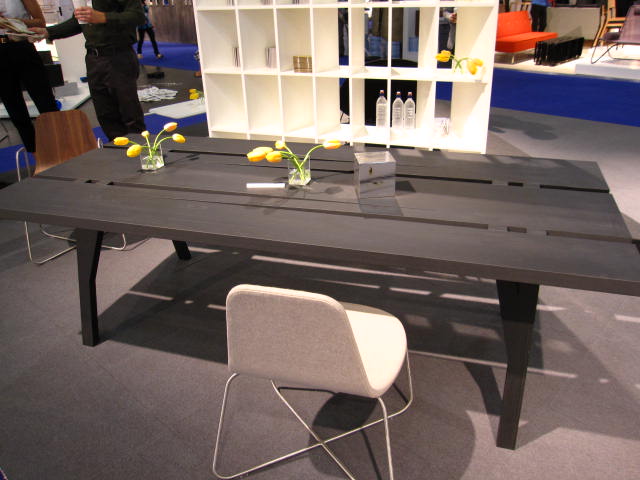 Mike and Maaike’s Divis fractured table for Council, made of poplar or black-painted ash, is improbably sturdy. Complex joints not only attach the legs to the table, but apply the necessary tension between the fissures. 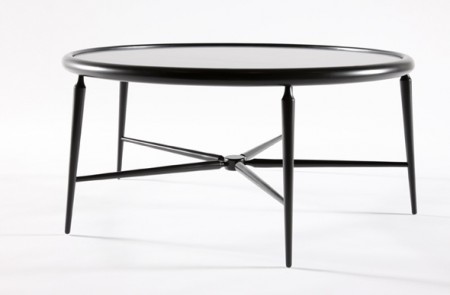 In the ICFF Studio, Washington D.C.–based designer Jonah Takagi (Atelier Takagi) delivered the subtly modern American Gothic coffee table, with traditional references and exquisite proportions. The black-lacquered maple piece takes its inspiration from the Windsor chairs that Takagi grew up with in Connecticut. 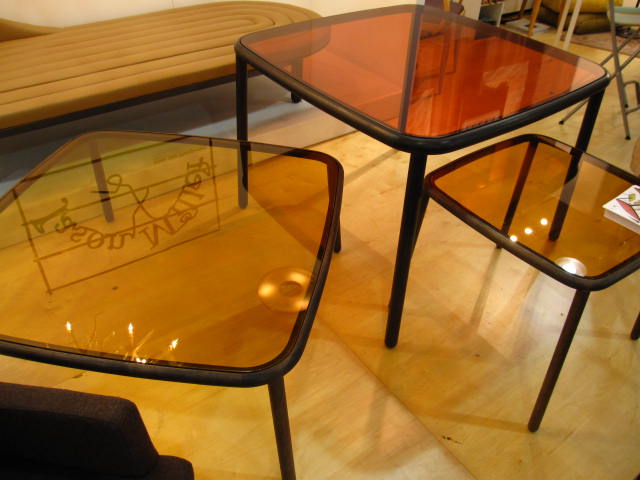 I’ve been slow to hop on the Jason Miller bandwagon, but his new Tint tables have finally won me over. Not at all flashy, they have a beautifully rounded maple profile and glass tops in pretty hues. 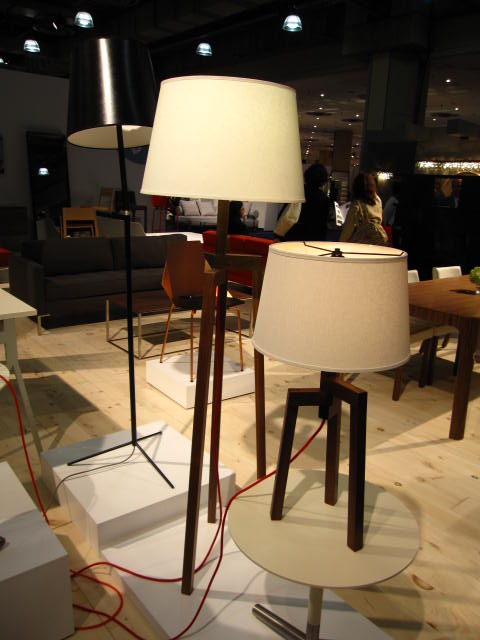 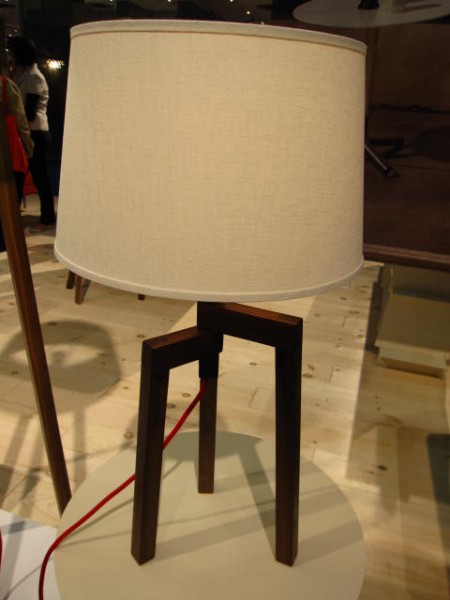 I thought that Blu Dot, which is introducing lighting for the first time, hit it out of the park with the Stilt tripod lamp, with walnut legs akimbo that swivel for flat packing and frame a bright red fabric cord. 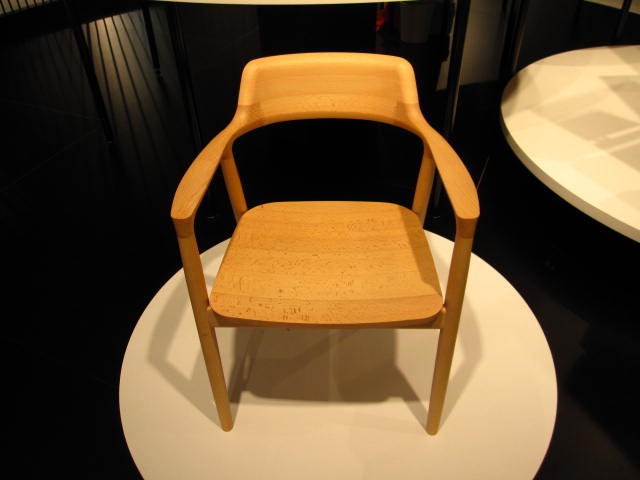 Naoto Fukasawa’s crisp beech Hiroshima chair (Maruni) was already a favorite from afar, so it was a thrill to finally see it close up. 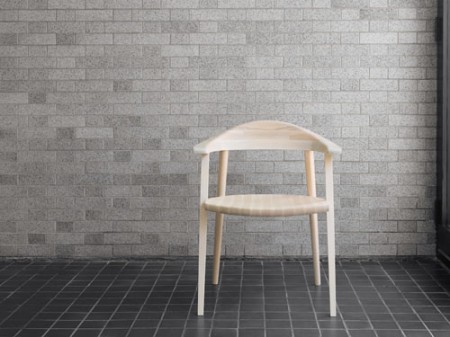 From a little further afield, BassamFellows products are finally available to the consumer at the Conran Shop and are on display in an exhibition there this month. As with Fukasawa’s Hiroshima chair, their ash Mantis side chair shares an allusion to Hans Wegner’s iconic 1949 design, but where Fukasawa’s take is rational and light, BassamFellows offers something with a more American heft. In fact, it was inspired the sturdy, comfortable seat commonly found in the nation’s courtrooms but features sculptural lines and details. 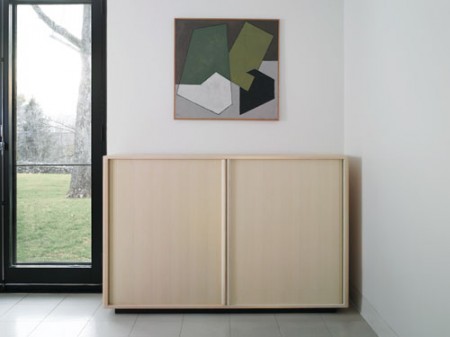 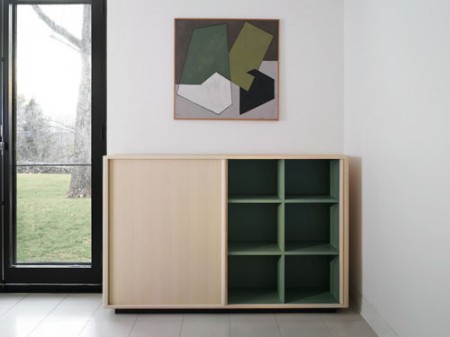 The company’s Tambour Credenzas in white-pigment oiled ash have a welcome splash of color, with Sage Green or Horizon Blue aniline-dye interiors.