Last night, the Municipal Art Society of New York hosted a party to honor the 2008 recipients of their MASterwork Awards in architecture and design. The cocktail reception took place in one of the winning structures, Frank Gehry’s new IAC Building on the West Chelsea waterfront. This is the first time Gehry clad a building entirely in glass and the exterior is composed of 1,437 individual panels fabricated by Permasteelisa in Italy. The undulating curtain wall looks as though it is being blown by winds off the Hudson, giving the impression that the building is about to set sail down West 18th Street. (It also reminds me of a beer mug: from a distance, the muted white frosting of the glass brings to mind those trompe l’oeil pint glasses that are made to look cold. But maybe that’s because I was anticipating the open bar…)

The MAS also awards the Best Neighborhood Catalyst, and those went to The New Museum of Contemporary Art (SANAA: Kazuyo Sejima and Ryue Nishizawa) and The Floating Pool at Brooklyn Bridge Park (Jonathan Kirschenfeld Associates). 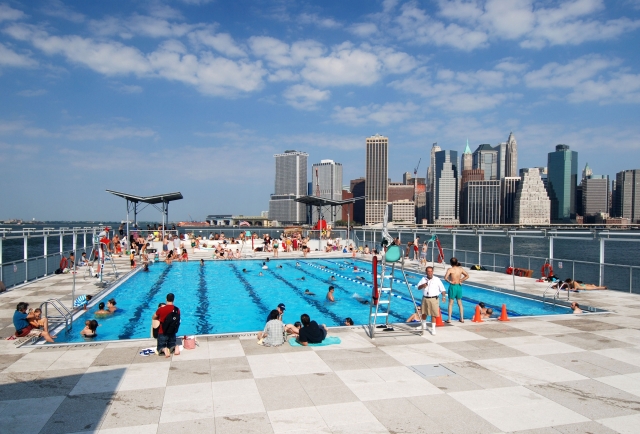