What do arachnids, George Lucas, and cumulus patterns have to do with design? Read on… 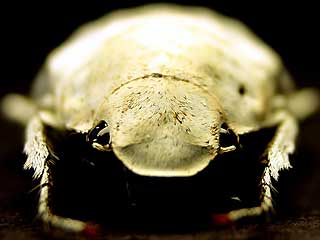 This upcoming Tuesday night in Phoenix, Arizona State University’s Future Arts Research hosts an evening with Joanna Berzowska, a Montreal-based designer and co-founder of XS Labs. Berzowska will discuss her research and development in the area of kinetic electric garments, exemplified in her new Skorpions line (pictured at left). Though the clothing is inspired by its namesake arachnid, the design called to my mind the picture of the Cyphochilus beetle, discovered last year in Southeast Asia. Press coverage at the time speculated that scientists and designers would try to mimic the incredibly thin, incredibly hard white shell of this tiny bug and apply it to human products.

But beyond mere biomimicry, there’s plenty of Web traffic these days around design mimicry in general—to quote Picasso (or Oscar Wilde, or Igor Stravinsky, or whoever it was),“Bad artists copy; good artists steal.” The Internet being what it is, much of that aesthetic “theft” comes back to Star Wars. Much has been made of how Rem Koolhaas’s Ras al Khaimah Convention and Exhibition Centre, in Dubai, bears an uncanny resemblance to the Death Star. The piracy may be reciprocal: Wookipedia, the Web site dedicated to all things George Lucas, suggests that a Koolhaas building informed the director’s design of the Sandcrawlers vehicles:

“The original concept art for the Sandcrawler was possibly inspired by [Koolhaas’s] Hotel du Lac in Tunisia. These assumptions are taken because of the extreme resemblance the hotel has with the vehicle. And since filming largely took place in Tunisia, this is unlikely to be a coincidence.”

Cargo lifters in the Port of Oakland also allegedly inspired Lucas’s design of the all terrain vehicles known as AT-ATs.

Michiel van Raaij maintains the Dutch blog Eikongraphia (Iconography) and he often points to the source materials that shape contemporary architectural design. Past posts note that Asymptote‘s proposal for the Guggenheim in Guadalajara resembles a 1960’s sculpture by Henry Moore and that Massimiliano Fuksas’s design for the National Congress Center, in Rome, mimicked a cloud pattern he saw one day at the seashore. 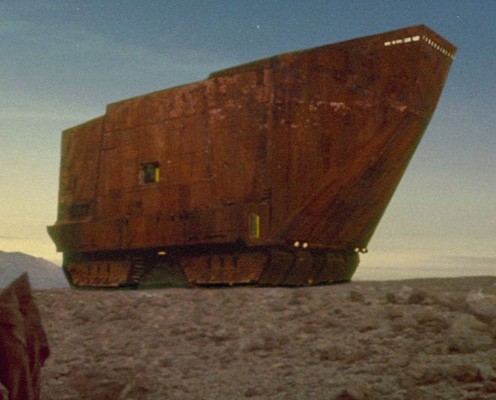 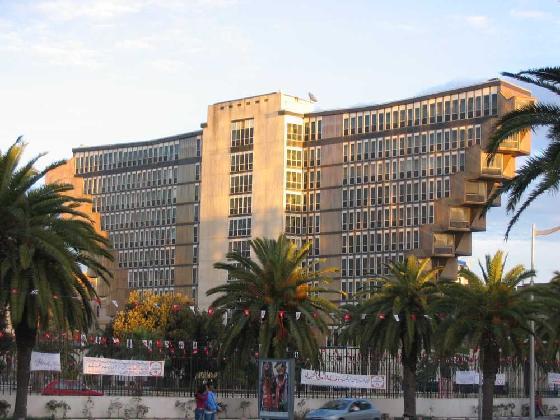 Hotel du Lac in Tunisia (left) and the Sandcrawler from Star Wars (right). 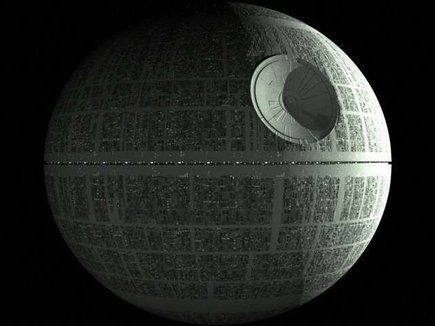 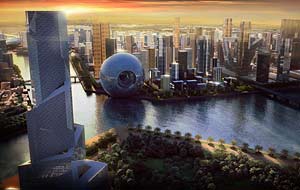