Starting today, Metropolis’s senior editor, Kristi Cameron, will be contributing semi-regular posts on issues regarding livable streets in a feature we’re calling The Street View. For her first post–or maybe it’s her second one?–Kristi checks in with our friends in Copenhagen. 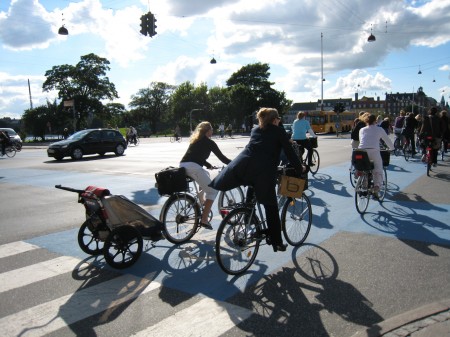 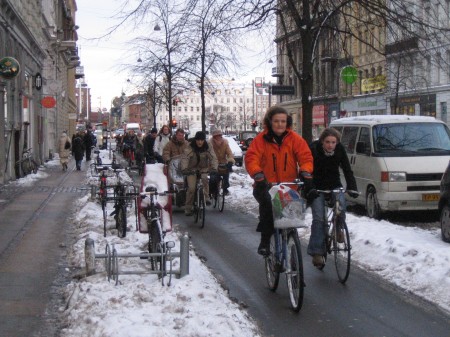 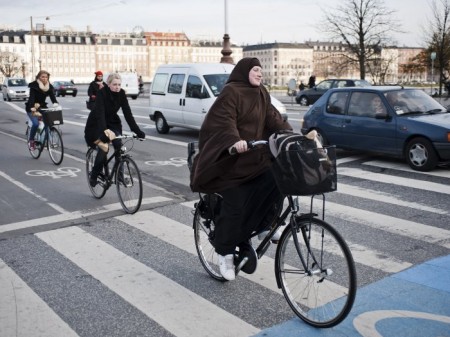 Well, it’s official. Copenhagen has long been a model for other cities when it comes to bicycles and transportation planning. Representatives from Chicago and New York, for instance, took pilgrimages there before getting serious about improving their own streets. But in May the Danish capitol launched a Cycling Embassy. When I heard this, I pictured a fleet of ambassadors–fair-haired ladies and gentlemen spreading the word on two wheels, a kind of cross between Angelina Jolie and the Church of the Latter-day Saints. Turns out, the city is simply institutionalizing the leadership role it has already assumed. But the Cycling Embassy is not just a group of Copenhagen city planners. In addition to public space guru Jan Gehl, it comprises manufacturers, infrastructure engineers, and the cities of Aarhus, Frederiksburg, and Odense. It’s a one-stop shop for all things bike-related. I’m not usually one for proselytizing, but in this case, bring it on.