The continent’s first design museum starts as a hip hangout in a post-industrial Johannesburg neighborhood. 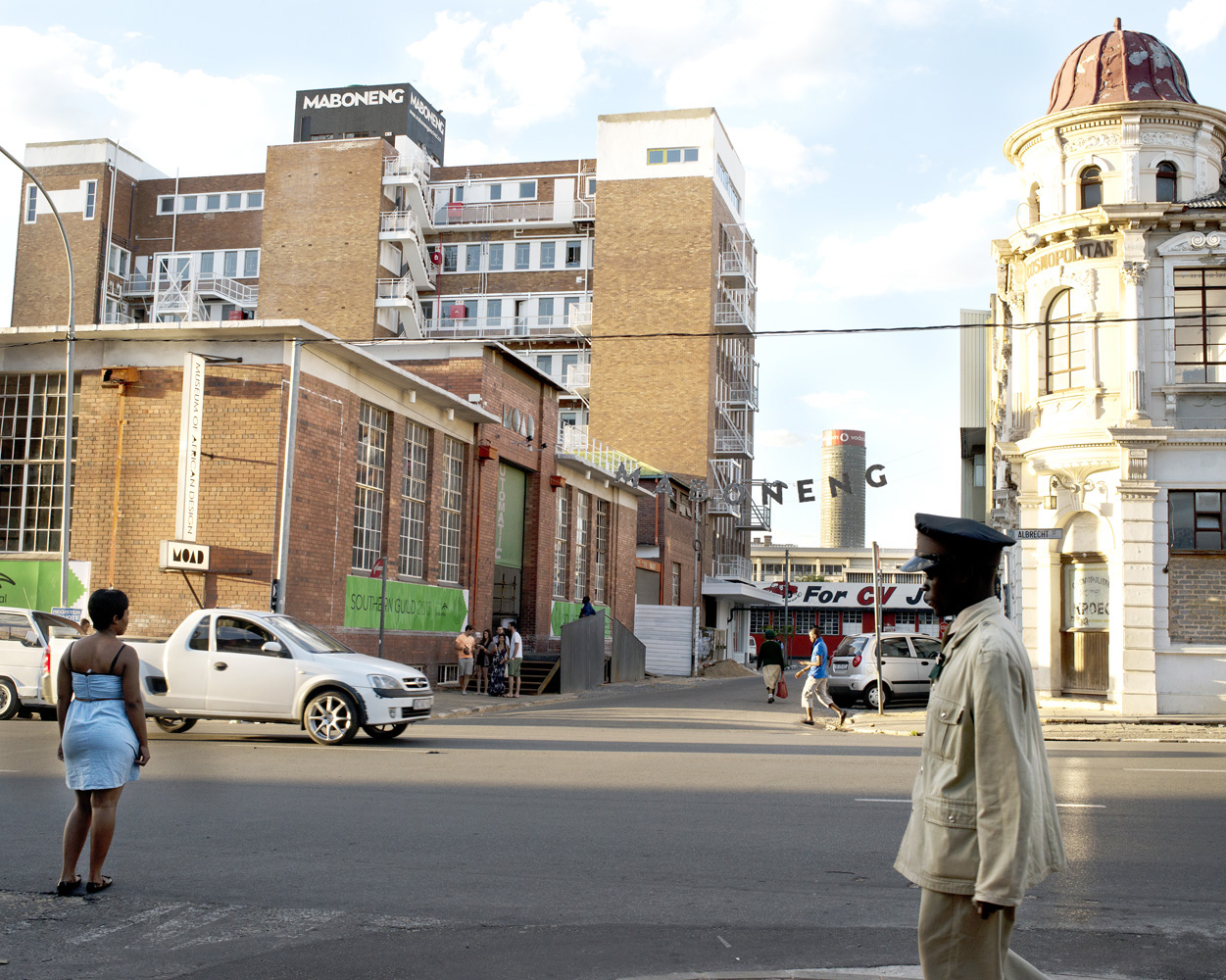 The Museum of African Design, the low brick building in the foreground, is housed in a former workshop that once made pumps for gold mines.

In part, the thrill of living in South Africa comes from simultaneously experiencing the first world lifestyle of a country that successfully hosted the FIFA World Cup and had one of its cities crowned World Design Capital 2014, while still witnessing how simple developments in its threadbare infrastructure can become signiﬁcant milestones. And so it is pretty exciting that near the end of 2013, just a few months before South Africa celebrates 20 years of democracy, the country’s ﬁrst design museum—indeed, the ﬁrst of its kind in Africa—opened in Johannesburg.

The Museum of African Design (MOAD) is part of the second development phase of the Maboneng Precinct, a privately funded urban regeneration venture in one of the most desolate postindustrial corners of Jo’burg’s central business district. Unfolding like a real-life Sim City since 2009 and spearheaded by the developer Jonathan Liebmann and his company Propertuity, the project has drawn comparisons to New York’s Meatpacking District and London’s Shoreditch. The ﬁrst phase entailed renovating warehouses and old ofﬁces into housing, workspaces, and social areas, and drawing big name anchor tenants like the artist William Kentridge. The second phase has seen the creation of more entry-level housing and retail opportunities, as well as improved public transport links to the rest of the city. Detailed development plans and rollout dates for forthcoming phases are available, and there is a distinct sense of grand urban design, which is quite modernist in how it has elegantly avoided political agendas. 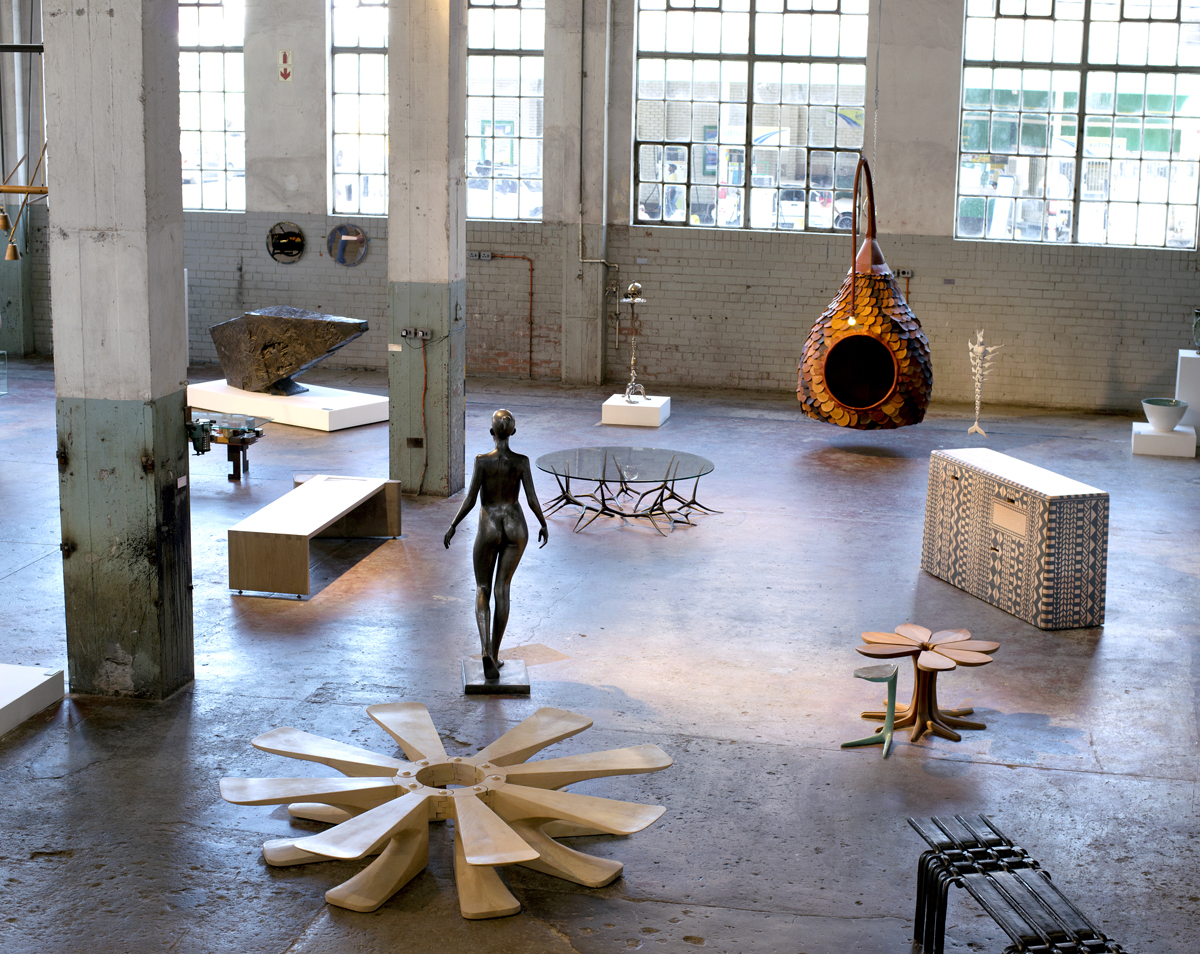 The necessity of a museum in this scheme is not obvious, but it seems to be Liebmann’s most self-conscious monument to the power of design to transform urban spaces. With its directive being on the entire continent rather than simply South Africa, there is also a nod to the residents of the surrounding area—many of whom are legal and illegal immigrants from all over Africa. “The vision for MOAD is to be a space that explores the rest of the continent through design and innovation,” explains the museum’s director, Aaron Kohn, a young Cleveland, Ohio native who came to this country to complete a degree in African Studies and subsequently launched an online store called African Lookbook. The 22-year-old’s appointment has raised more than a few postcolonial eyebrows. But it seems like Kohn’s international touch has already distinguished the museum’s approach: “The MOAD is different from other museums,” he says. “We don’t have any permanent collections, and we have no intention to start collecting. This space is purely for exhibitions, installations, and showcase events.”

Rather than simply putting the exhibitions in isolated white cubes, MOAD offers more opportunities after ofﬁce hours—cocktail evenings, salon discussions, exclusive dinners, and music concerts. It promises to be a lifestyle museum that ﬁts well into the urban regeneration around it, offering Maboneng residents exactly the kind of work-live-play trinity that these types of developments portend. 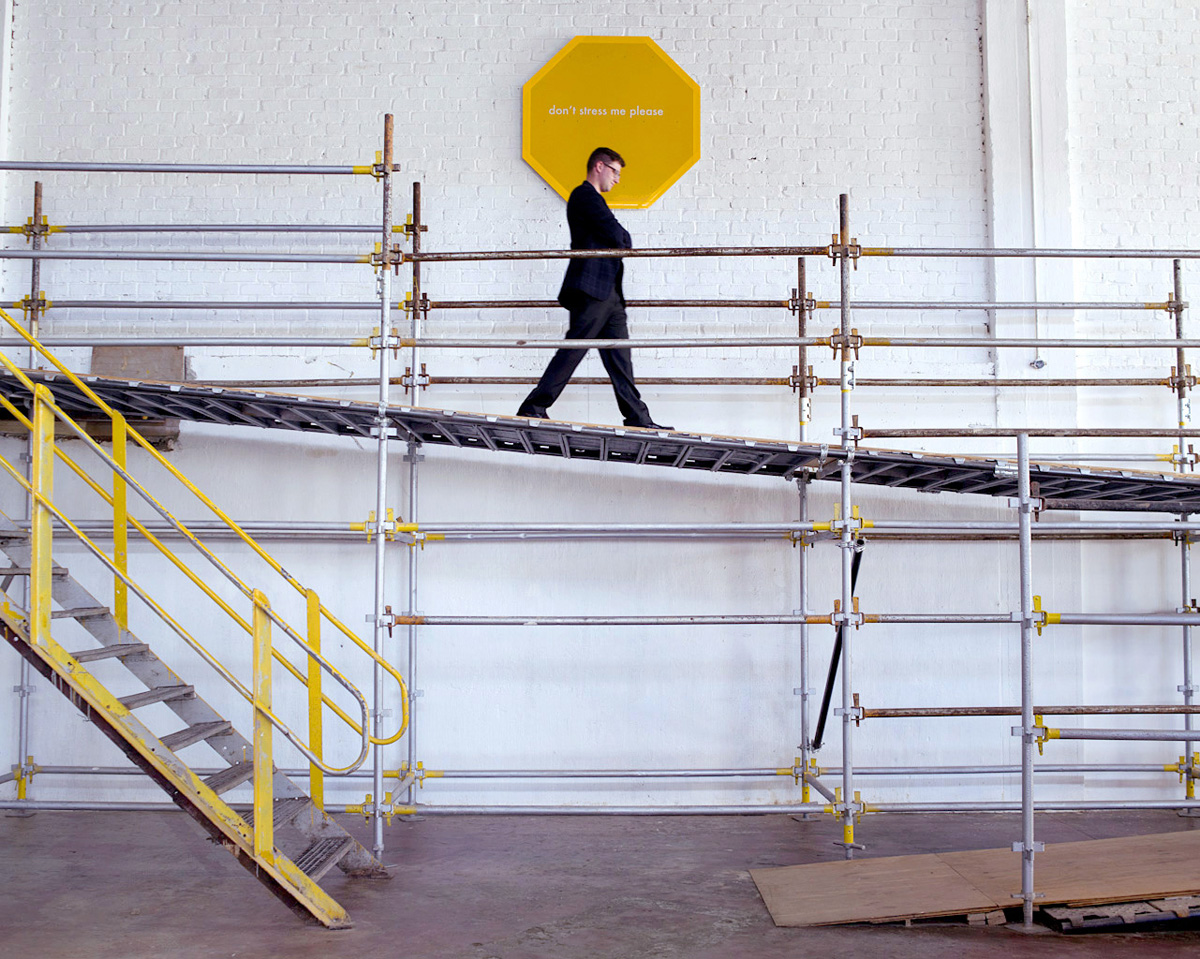 The museum’s young director, Aaron Kohn, whose talents as a budding impresario are turning it into a cultural hot spot. 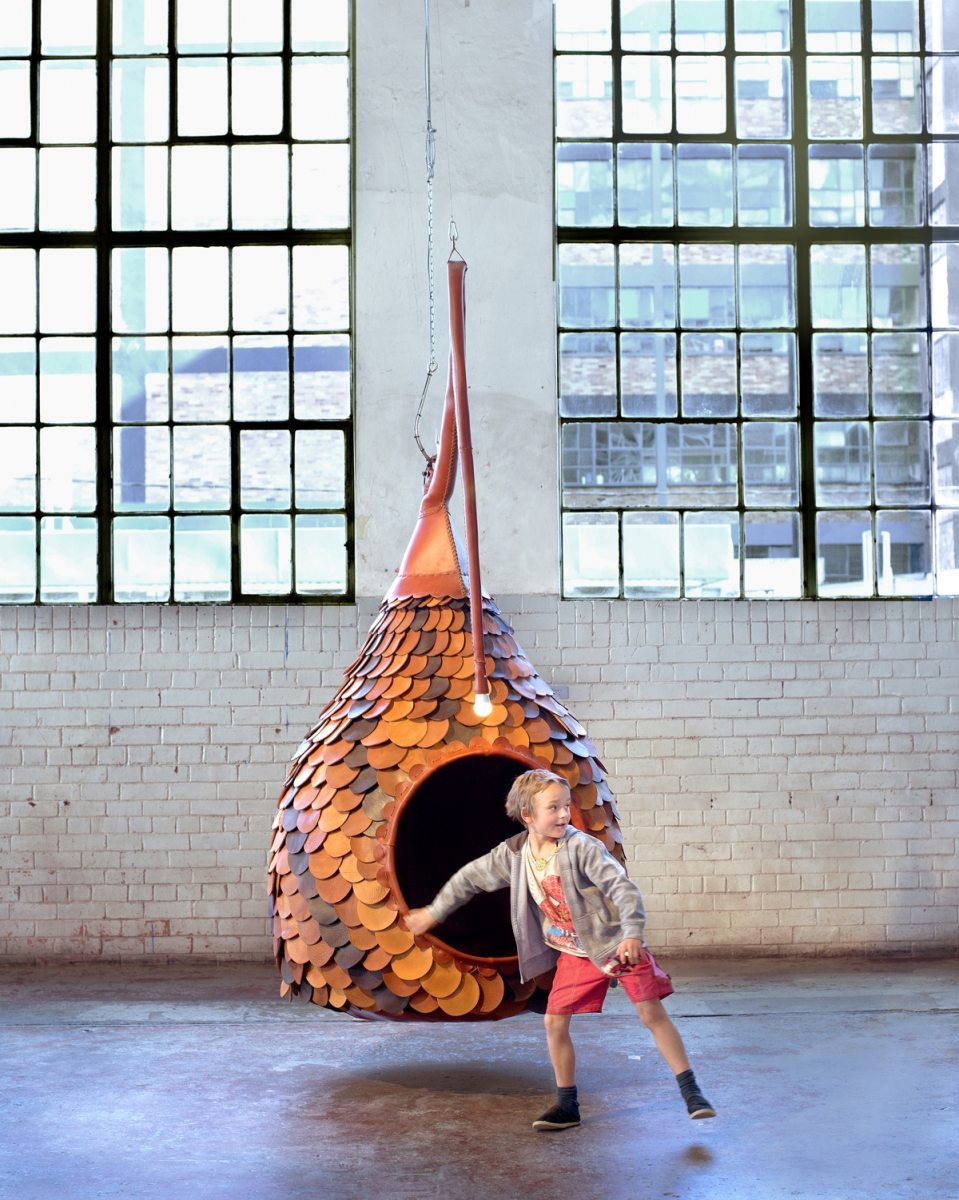 Johannesburg’s Museum of African Design—the first on the continent dedicated to the field—opened recently with an exhibition of nearly 200 South African objects, including Bettina Esca (above), a leather nest by the designer Porky Hefer. 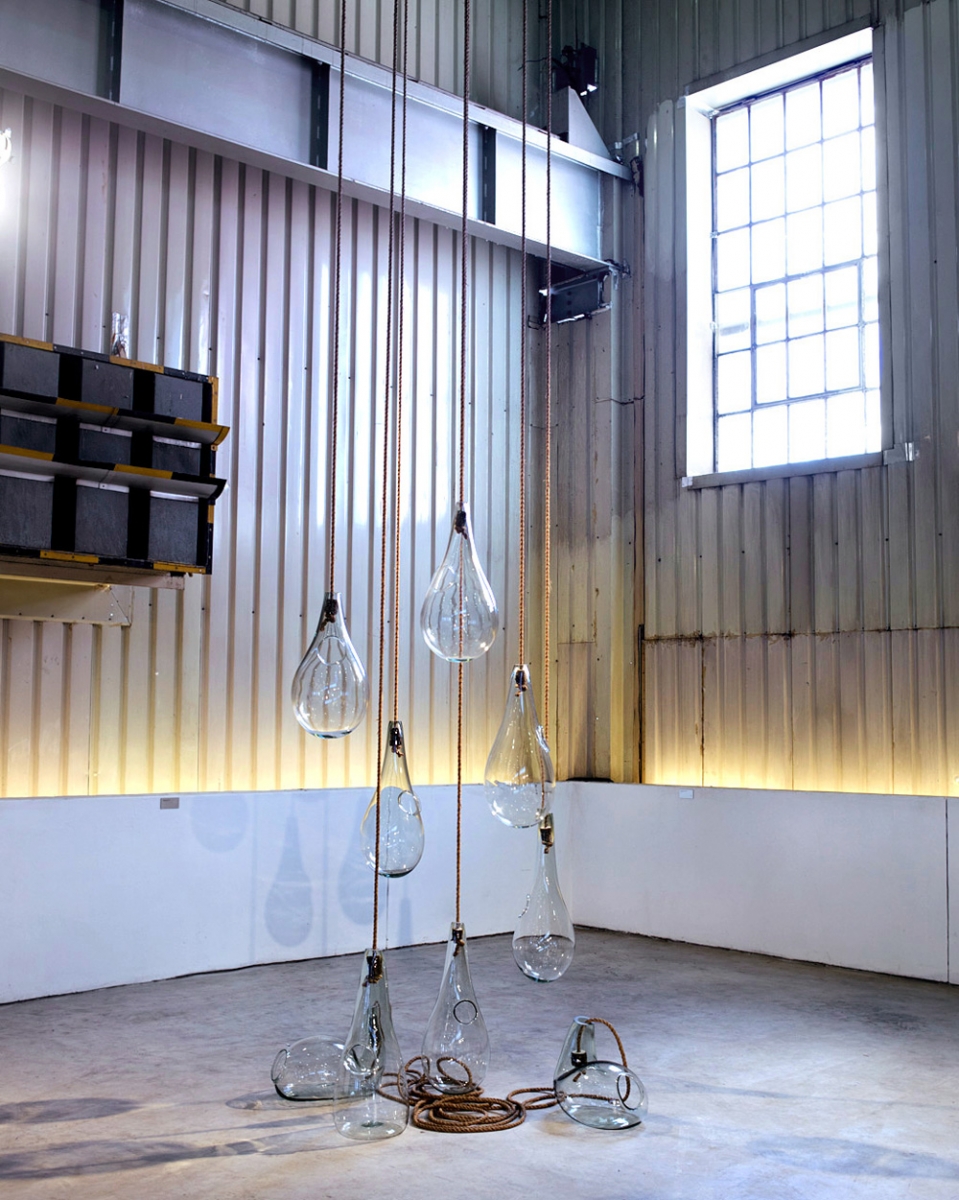 Lihlatsi Emafini, a piece by the Ngwenya Glass studio, was part of MOAD’s debut exhibition. 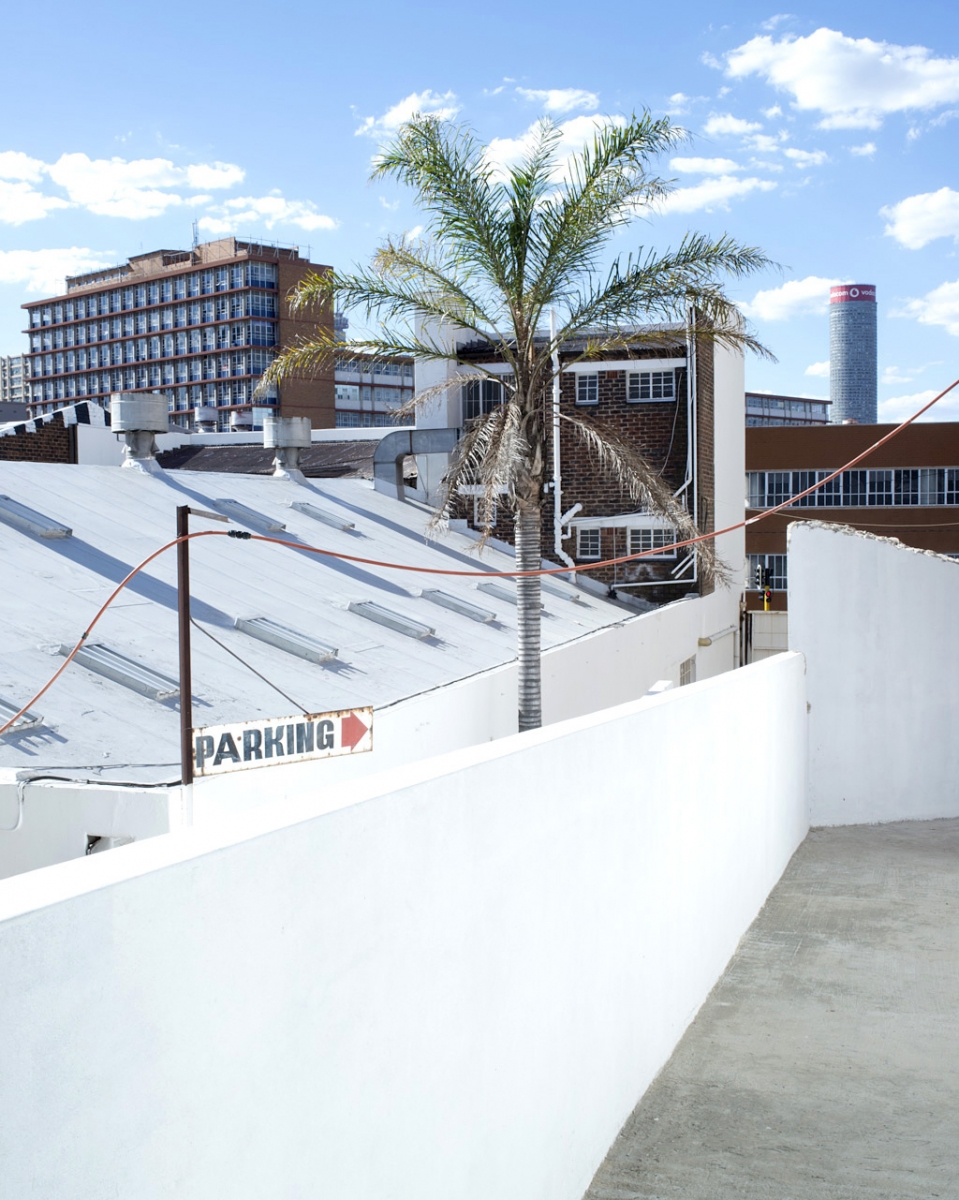 A view from the exterior ramp of the museum, with the distinctive Ponte City Tower visible in the distance.