Using Architecture to Give Cancer Patients Care and Courage

Through thoughtful architecture, Maggie’s Centres around the world have given patients care and courage. 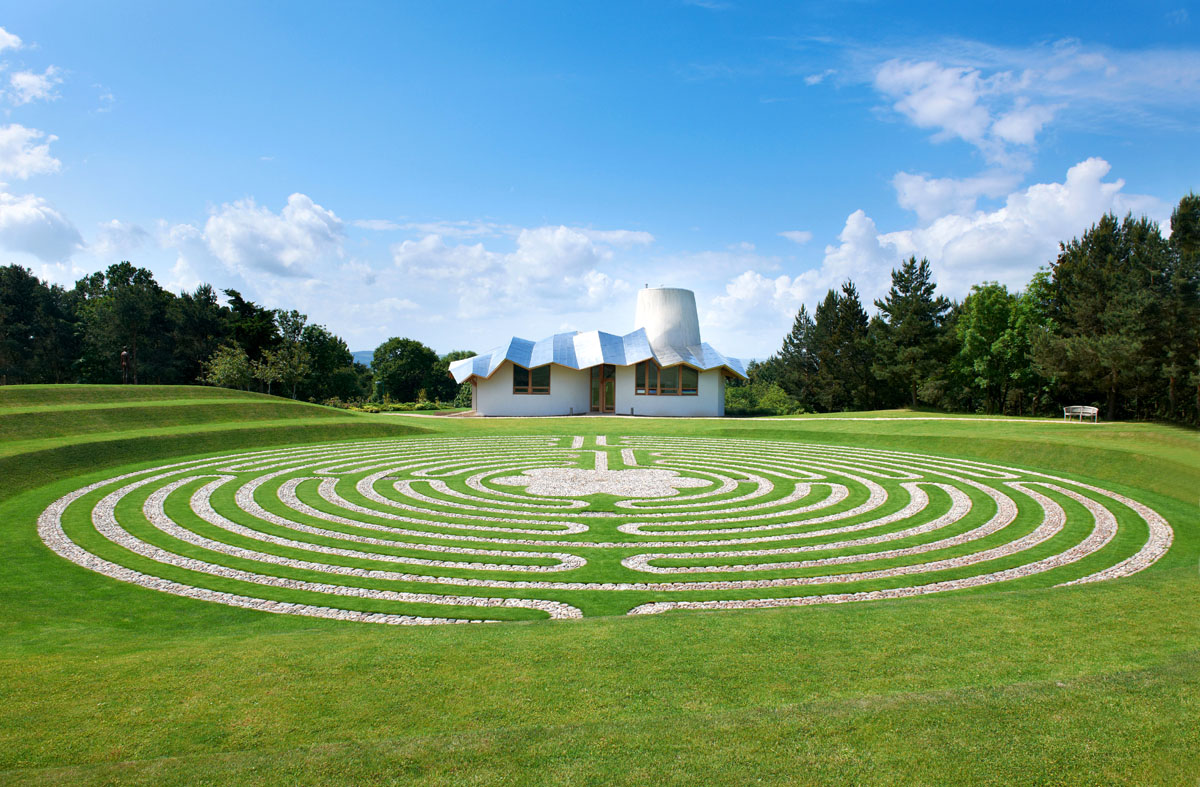 The third center was designed by Frank Gehry, a close friend of Maggie’s. “Frank gave us so much publicity, and allowed us to raise the money,” Jencks says. Each center is self-financed through donations.

It was May 1993, and writer and designer Margaret Keswick Jencks sat in a windowless corridor of a small Scottish hospital, dreading what would come next. The prognosis was bad—her cancer had returned—but the waiting, and the waiting room, were draining. Over the next two years until her death, she returned several times for chemo drips. In such neglected, thoughtless spaces, she wrote, patients like herself were left to “wilt” under the desiccating glare of fluorescent lights.

Wouldn’t it be better to have a private, light-filled space in which to await the results of the next bout of tests, or from which to contemplate, in silence, the findings? If architecture could demoralize patients—could “contribute to extreme and mental enervation,” as Keswick Jencks observed—could it not also prove restorative?

This is the central idea behind the experiment Keswick Jencks, or “Maggie,” started with her husband, architectural historian and theorist Charles Jencks, more than two decades ago. Their mission—to provide free, global care for cancer patients through great architecture—has since expanded to encompass 17 building projects (“Maggie’s Centres”), many of them by celebrated architects like Richard Rogers and Rem Koolhaas. A handful of these outposts, which are sprinkled all over the world from Edinburgh to Hong Kong, are featured in a retrospective exhibition at the New York School of Interior Design Gallery that is on display through April 25.

It is remarkable how beautiful and different the results have been. “We have not had a bad building yet,” says Charles Jencks. Their success, he adds, can be attributed to the “architectural placebo effect”—a building, while not wholly capable of curing illness, can act as “a secondary therapy, a feedback therapy.”

Each of the centers incorporates an open kitchenette where patients can gather for a cup of tea, airy sitting rooms with access to gardens and other landscape features, and bountiful views. There are also private rooms for one-on-one consultations; here, in well-lit, humanizing spaces, caregivers can advise patients on securing health-care loans and even dietary planning.

Despite these comforts, Jencks insists that the architecture is “risk taking” because it engages with a very real existential crisis. “To live is a great risk. Cancer patients go through this cycle of desperate fear, of deciding to die,” he says. “But those like Maggie risked to live. That’s the architecture in a way and what architects need to get into their building. And I think they have.” 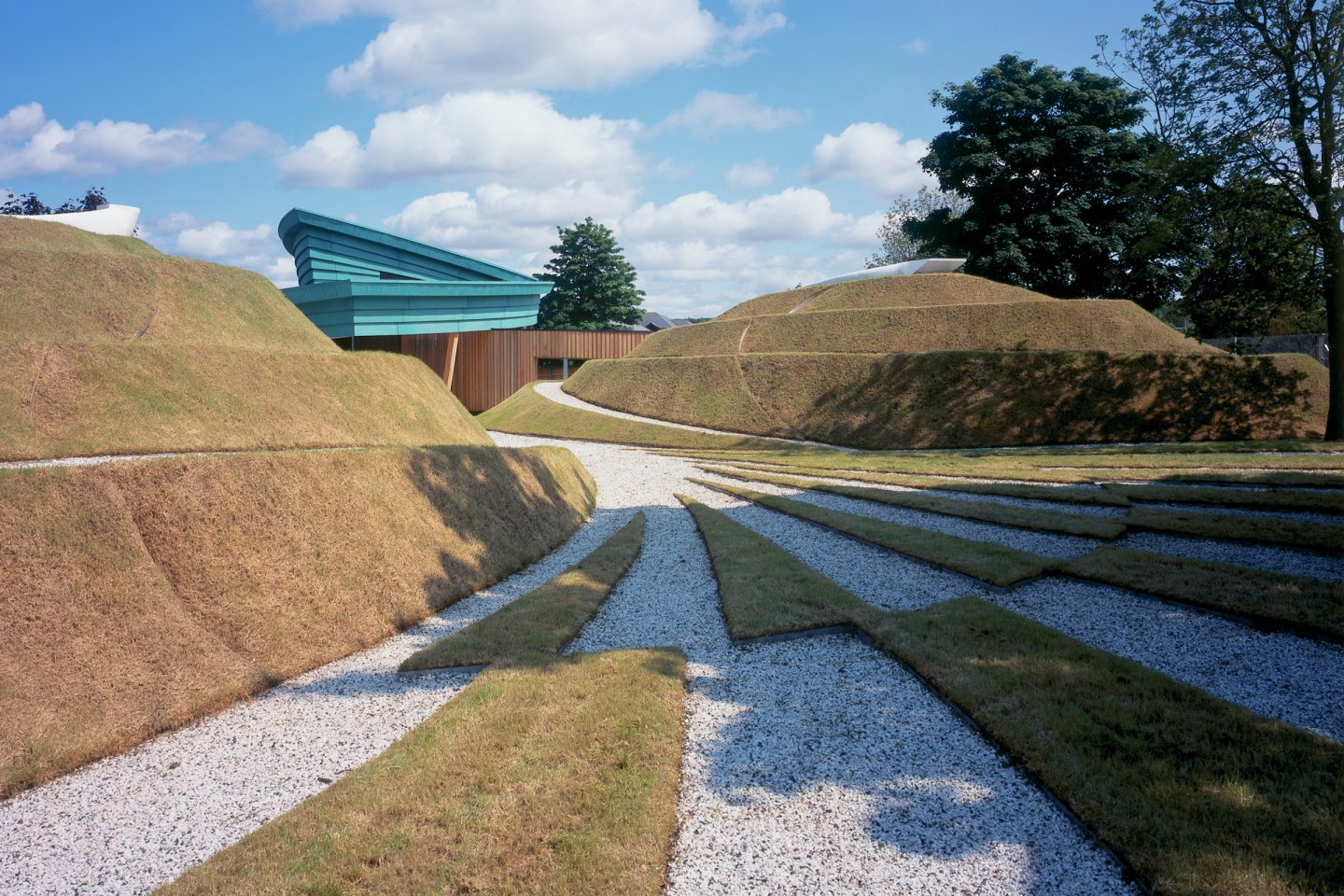 A collaboration between PagePark and Charles Jencks, Maggie’s Centre Inverness at Highlands weaves together building and landscape in a unified composition. The design invokes the formal properties of mitosis or cell division; scaled up, they are manifested in the swirling landscape mounds and the center’s spiraling form. “The cell is the unit of life: dynamic, really exciting, a factory of life itself, and I thought it was time to celebrate the cell,” Jencks has said in the past. 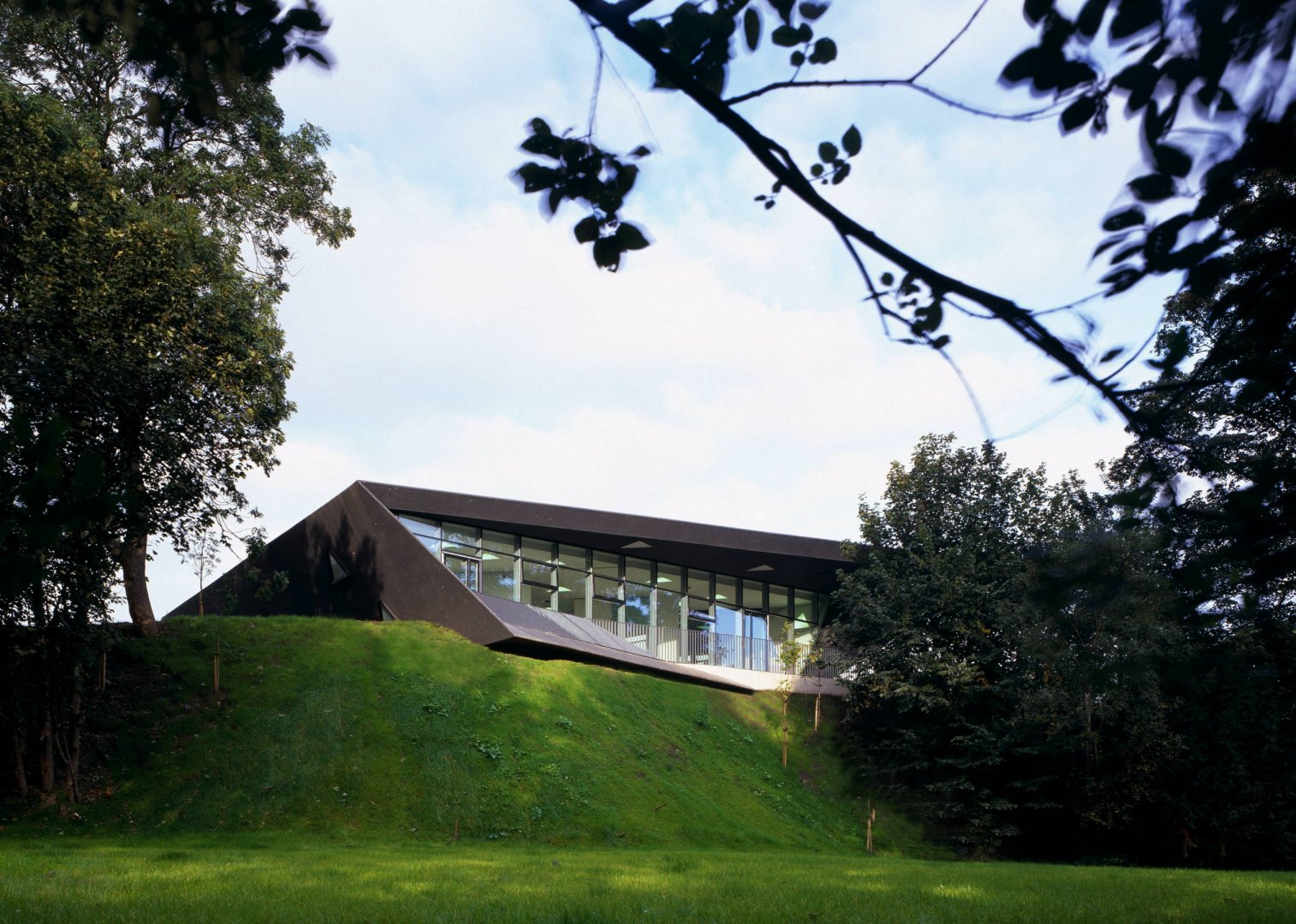 All sharp angles and painted a sinister black, Zaha Hadid’s Fife center isn’t the first thing you’d expect from a Maggie’s Centre. The exterior invited comparisons to a bunker, despite the airy, humane spaces within. “Zaha got a lot of criticism and her building is bloody good,” Jencks says of his former student’s design. The building was the architect’s first in the UK. 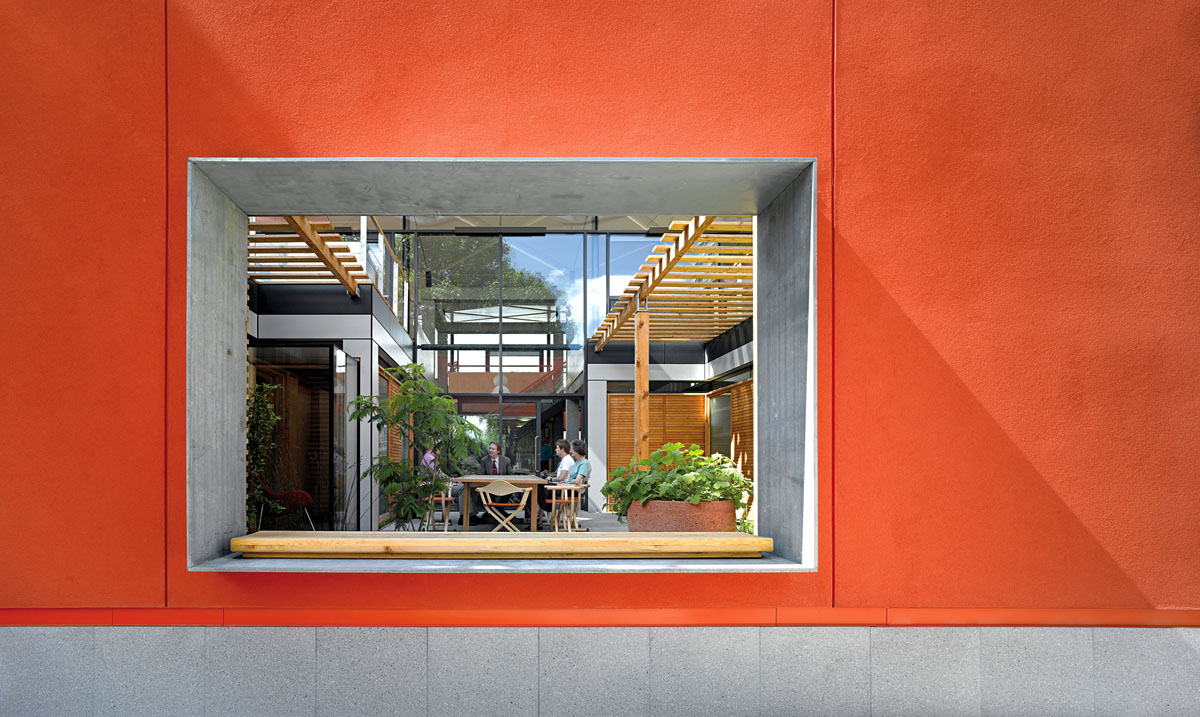 Richard Rogers’s lantern-like building, the first Maggie’s Centre, won the 2009 Stirling Prize. “They are in a way monumental, and precious, like a church that isn’t a church, a gallery that is not in a museum, or a house that is not a home.” 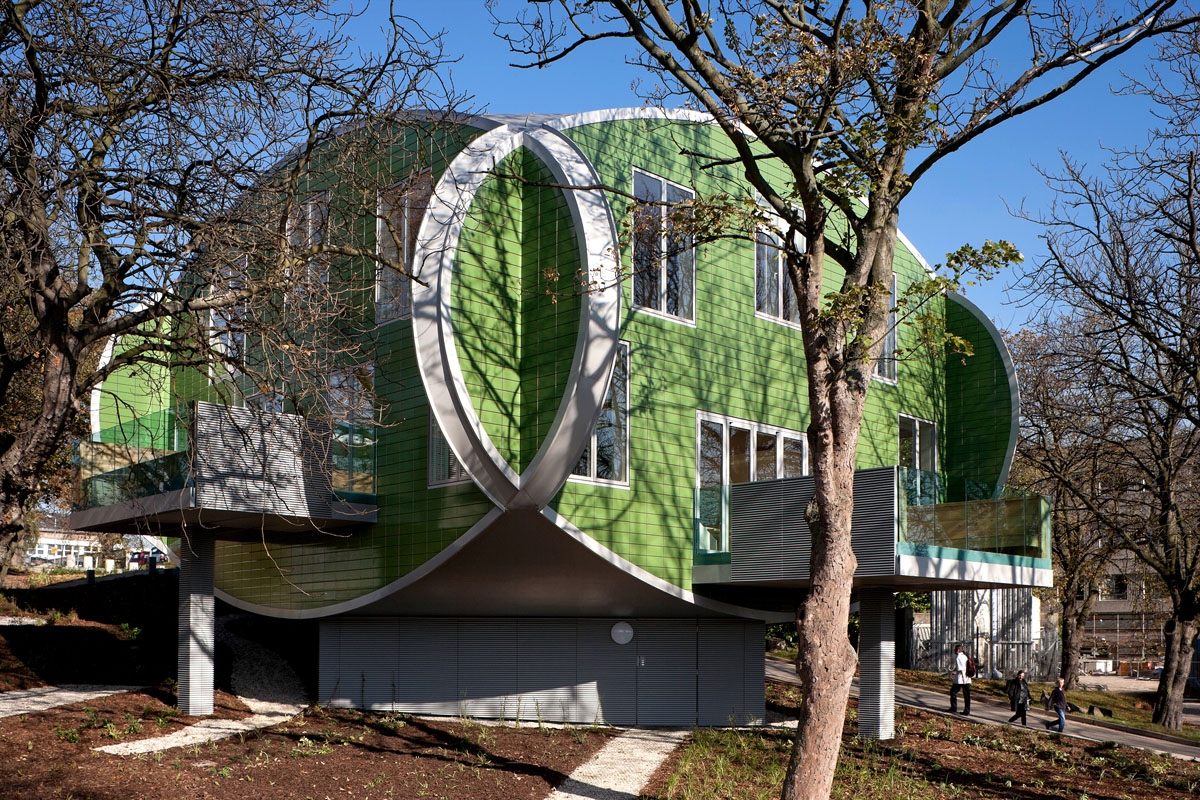 The jolly Nottingham center embodies Maggie’s friendly approach in its services and architecture. In 2013, the foundation had logged 125,000 visits and helped more than 25,000 newly diagnosed patients—99% said they found that the centers were helpful to them. 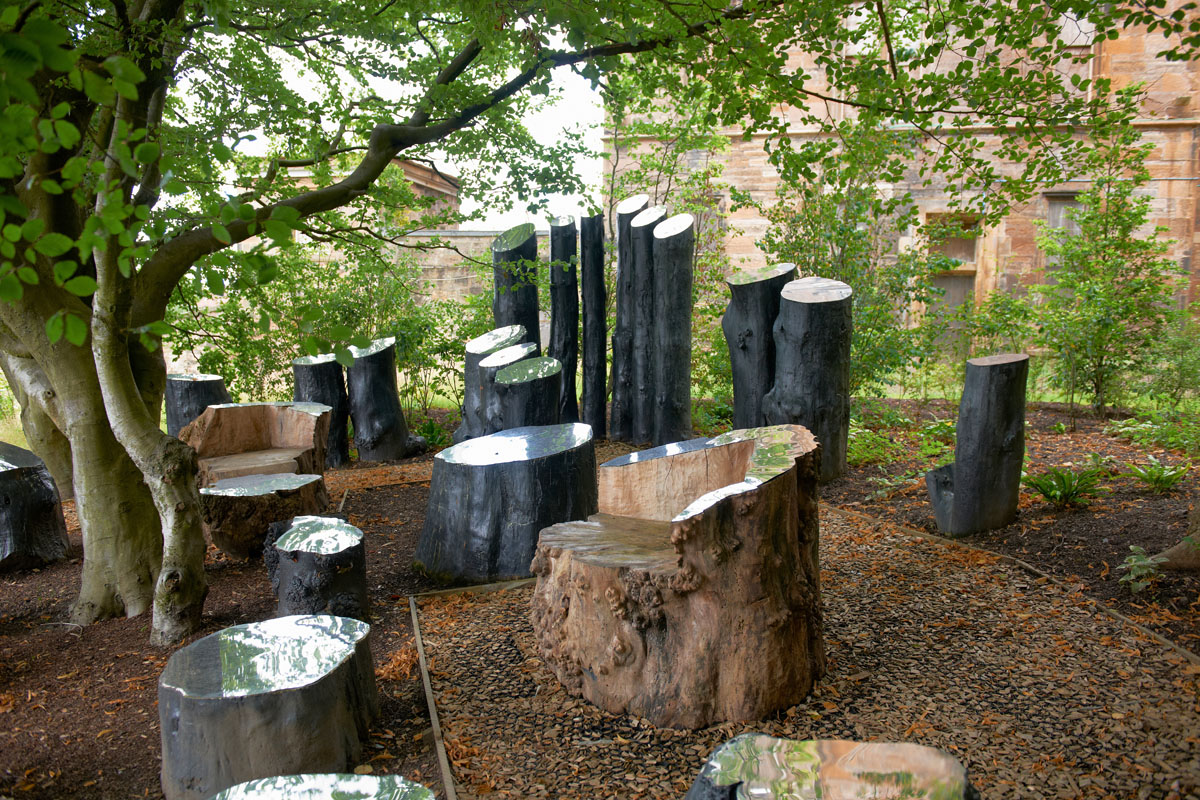 This center is sited near a hospital, which solicited the foundation’s services. The building is composed of a series of interlocking rooms cloistered around a tree-studded courtyard. Above: A view of the landscaped garden, which was designed by Lily Jencks, daughter of Maggie Keswick Jencks and Charles Jencks. 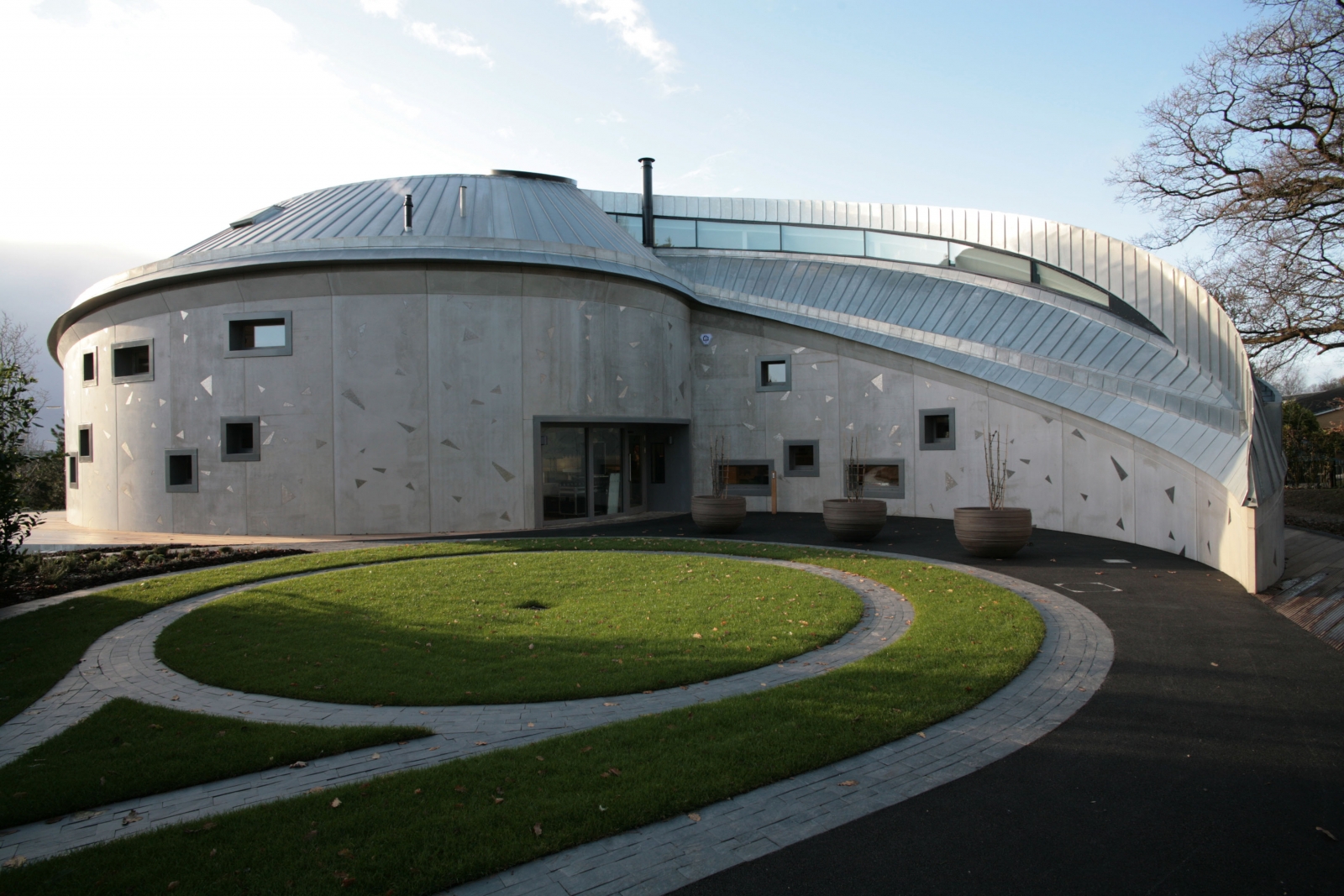 The Swansea center was completed after its architect’s untimely death. Kurokawa, the erstwhile rockstar of the Metabolist movement and a long-time friend of Jencks, had described his design as a “cosmic whirpool” where “vigorous life force[s]” encompass the stoic structure at its center. 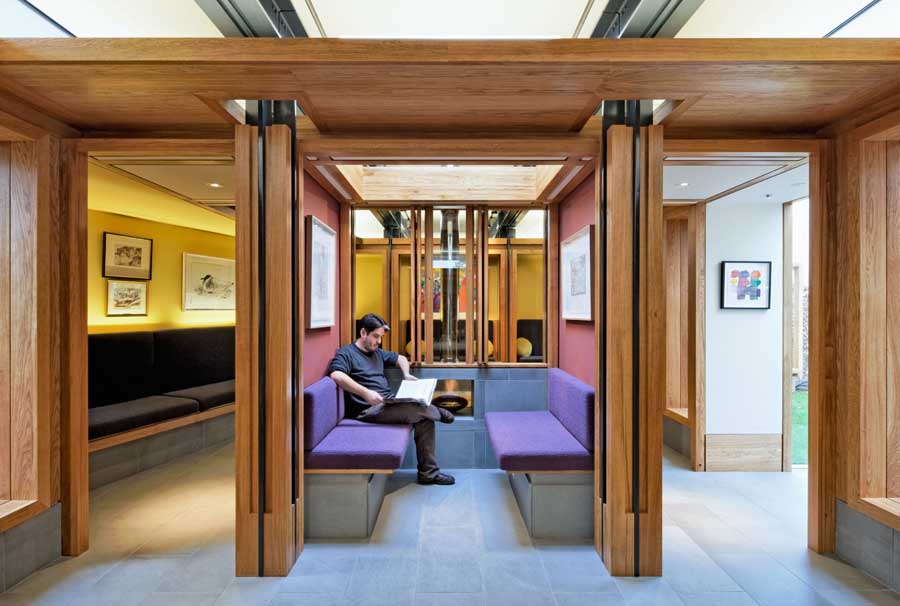 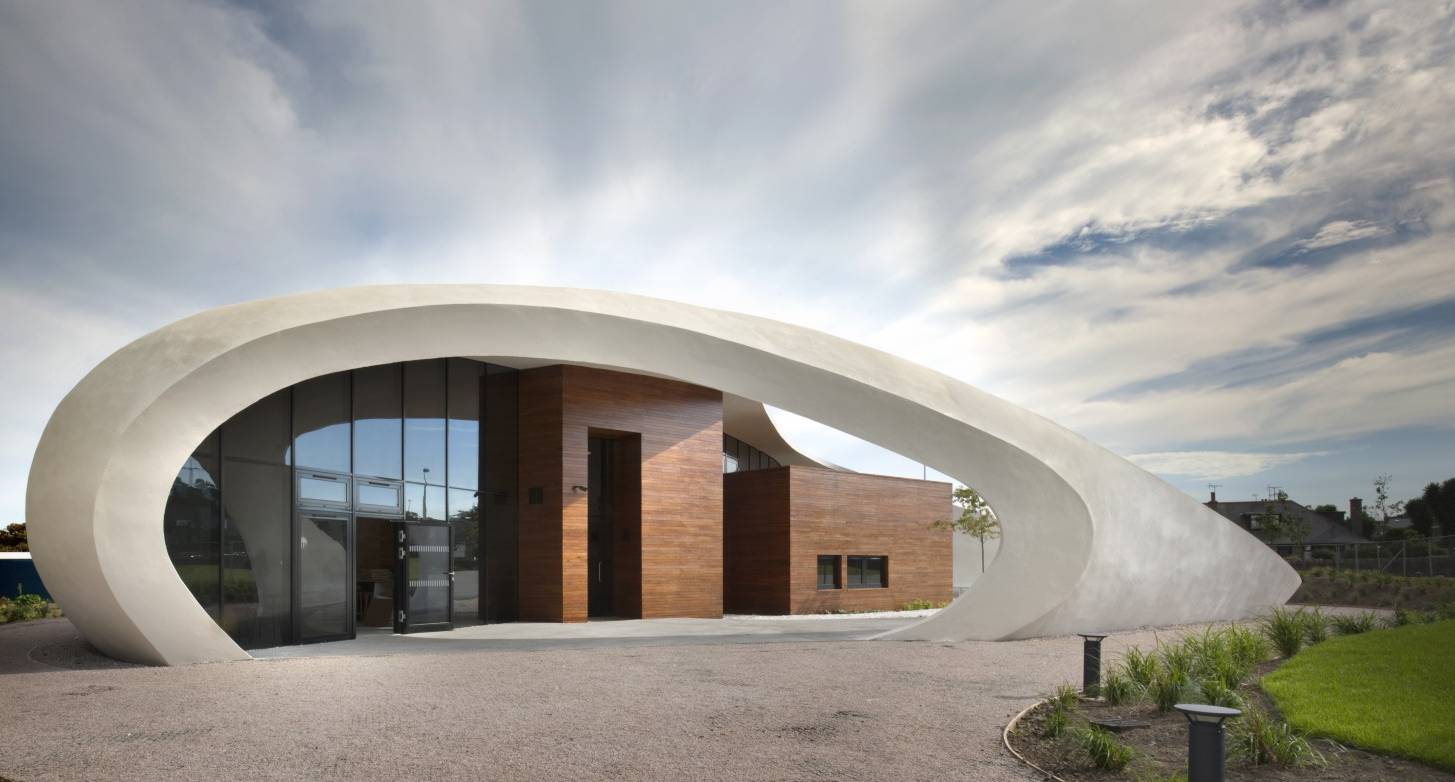 The center’s cocoon-like shell packs a big, Niemeyer-esque punch despite its modest proportions. The interiors, however, reveal a Scandinavian influence, with extensive timber coverings and exquisite stone accents. The building has been nicknamed “the Pebble” by locals. 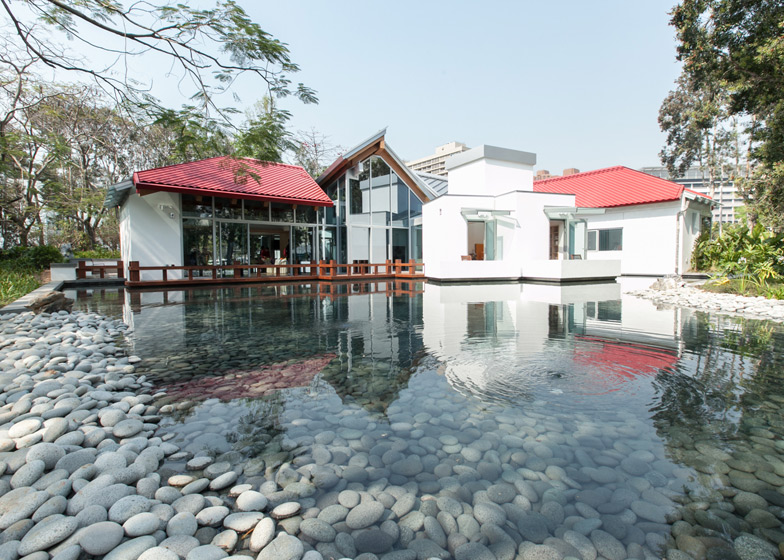 Frank Gehry opened his second center in Hong Kong a decade after his first collaboration with Maggie’s Centres, ushering in a new international chapter in the foundation’s history. The building, with its hipped roofs and impricated red tile, incorporated elements of Chinese pavilion architecture and also featured a garden designed by Lily Jencks. The project was very personal for Gehry: “I was going through the loss of a daughter while I was designing the center,” the architect said. “I think you sort of suck it up and hope to make something that is soothing and respectful and hopeful. There’s always hope, it’s not a dead end.” 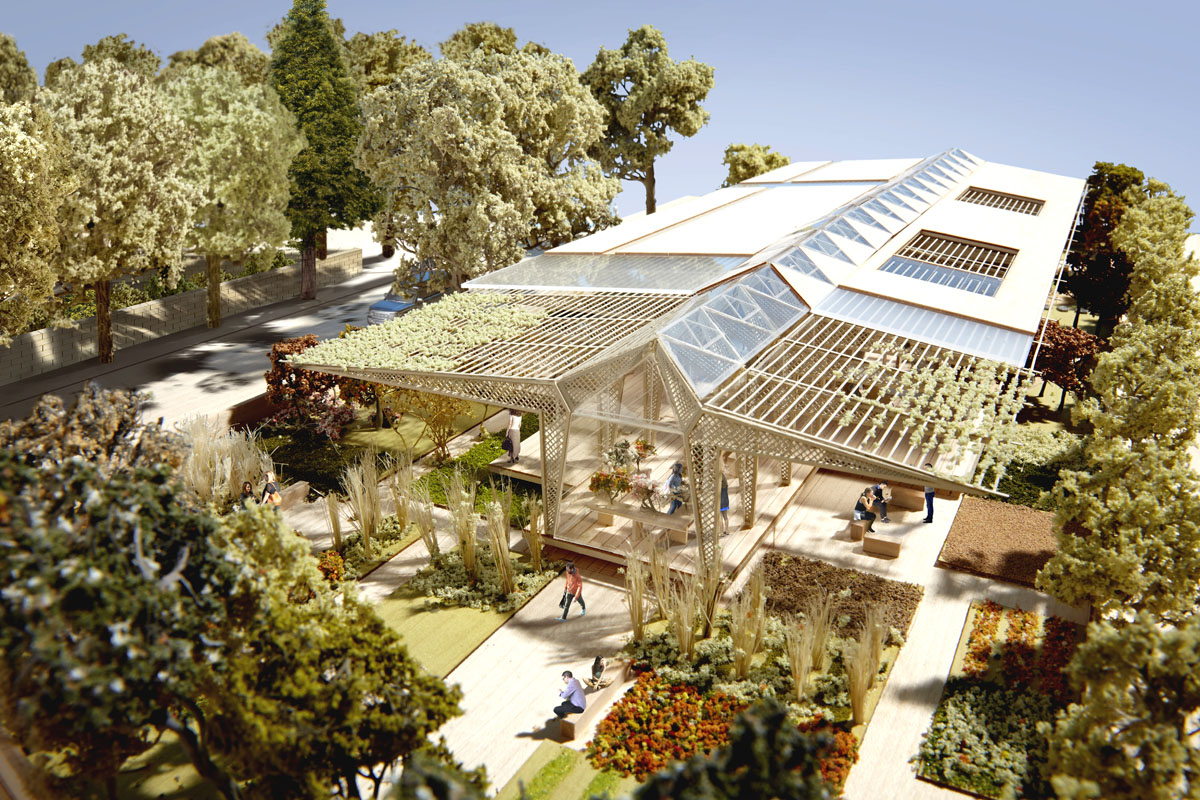 The next center is set to open in Manchester, where Norman Foster was born and raised. “Norman came to us, and I was waiting because he is an old friend of mine,” Jencks says. “He had cancer, and because of his own experiences, he was really interested in doing this. He’s got everything he’s ever wanted in this building.”

Maggie’s Centres: A Blueprint for Cancer Care is open at the New York School of Interior Design Gallery through April 25.