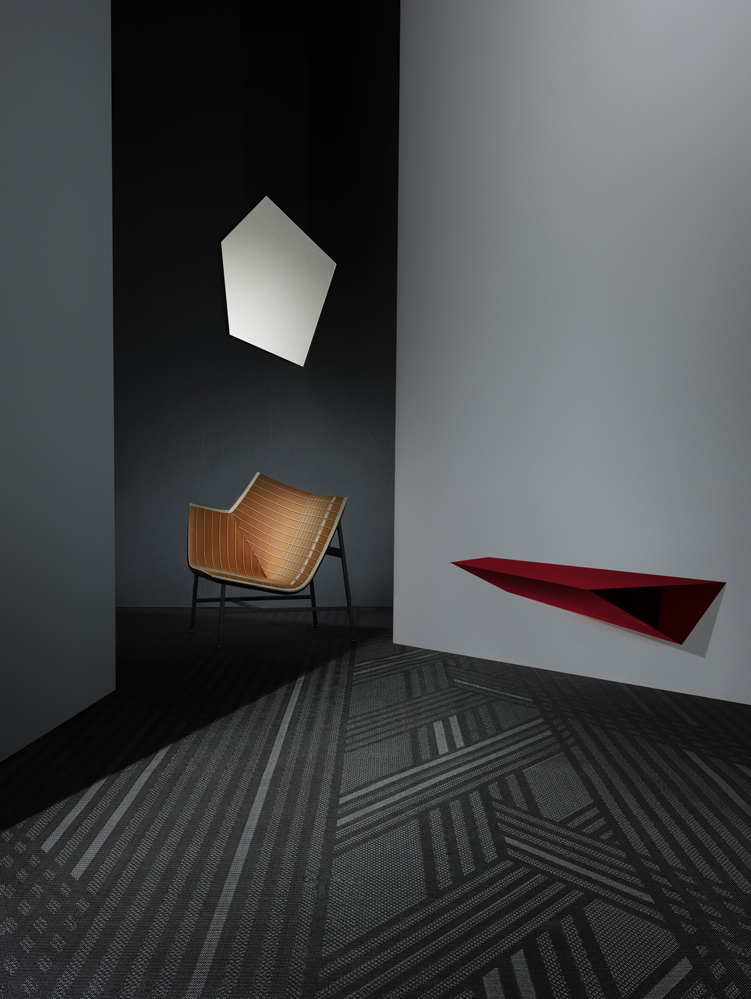 “We gave room for people to dream and imagine a space,” Jonathan Levien says of the scenarios his studio created for Bolon by You—shown here with the Stripe pattern in black and steel gray.

When Bolon bought its first jacquard loom in 2012, it was a turning point in the history of the 67-year-old Swedish pioneer of woven vinyl flooring. In 2003, sisters Annica and Marie Eklund picked up the reins of their family business and, three years later, made an approximately $18 million decision to bring all of the company’s production in-house so they could control everything from the making of the yarn to the recycling of waste materials at Bolon’s headquarters outside the small town of Ulricehamn. Of course, the heart of the whole operation was the actual weaving of the carpet—and until 2012, this was done on dobby looms.

The dobby is to the jacquard what the landline is to the iPhone. Weaving is basically a matter of lifting warp threads in a fixed manner so the weft threads can pass through to produce structures and patterns. With a dobby loom, the warp can be lifted in up to 30 groups of threads. In a jacquard loom, each of the thousands of warp threads can be moved independently. “Ever since we invested in the first jacquard four years ago, we felt that there were so many possibilities,” Marie says. “We wanted to explore the technique’s full potential.” And so, the company’s latest collection, Bolon by You, was born.

Launched at the Stockholm Furniture Fair this past February, and showcased at Salone del Mobile in Milan, Bolon by You provides a palette of six patterns, four warp colors, and 12 weft colors, allowing architects and designers to create 288 potential designs. “We wanted to open up a whole new way of thinking about floors,” Annica says, “as a tool and material, rather than a finished product added at the end of the design process.”

To help them achieve this shift, Annica and Marie turned to London-based designers Nipa Doshi and her husband, Jonathan Levien. Initially, Doshi and Levien acted as external eyes during the development of Bolon by You, helping the company’s own design team “with the use of color and selecting which patterns to take forward,” Levien says. But soon they were involved in every aspect of bringing the collection together, suggesting its name, designing the physical and digital tools that help architects and designers navigate its possibilities, art directing the photography for the catalogue, and creating showcases in Stockholm and Milan. 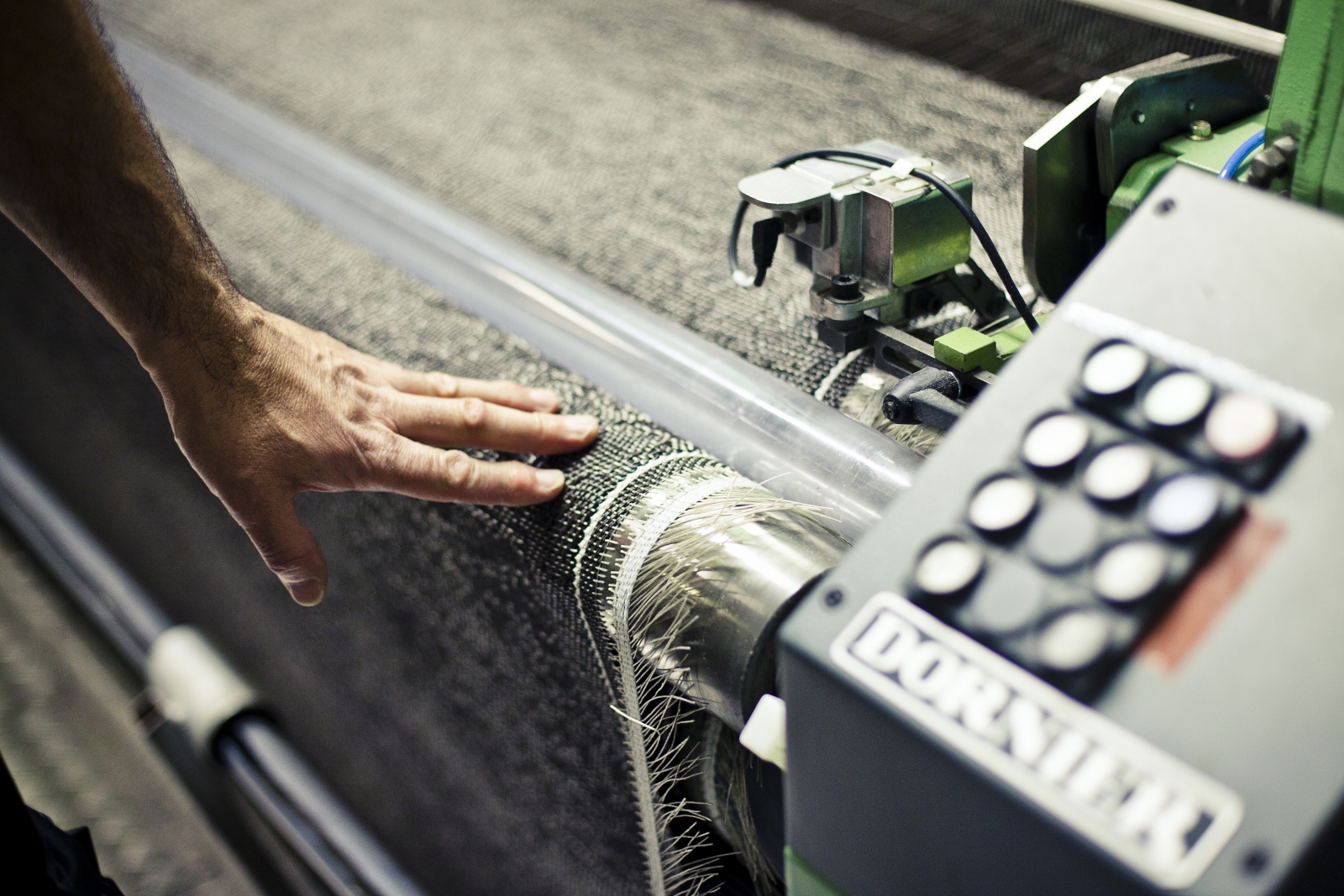 Bolon now has a total of seven jacquard looms in its facility in Sweden that make complex patterns and speedy production—both essential to the new collection—possible.

Levien remembers the moment when the samples of the new collection arrived at his studio. “We had these rolls in our hands, and our first reaction was to start picking up other materials to see what goes with them,” he says. “We reached for wood, metal, ceramic, and marble and very quickly realized that the flooring really comes into its own when it is combined with other architectural materials. That really became the core of our concept.”

The settings Doshi and Levien created for the catalogue use a wide range of these combinations to hint at the openness and versatility of the collection—by turns moody and bright, sumptuous and spare. “We wanted to communicate how the product can fit with very contrasting architectural styles,” Levien says. “Out of that, ‘A floor for every space’ came to us, which is one of the taglines that Bolon is using now.”

The company has staked a great deal on the ideas of customization and variation. Online, the Bolon by You application followed the release of the Bolon Studio Design Tool, both digital aids to help designers make the most of new offerings. At the factory in Ulricehamn, the Eklunds inaugurated a vast new 15,500-square-foot facility in conjunction with the launch of Bolon by You. Soon after the company’s global partners and sales teams gathered to preview the new materials in the cavernous space in March, the engineers took it over to begin the process of installing four new jacquard looms. “They have to be warmed up,” Annica says, “ahead of next year’s orders.” 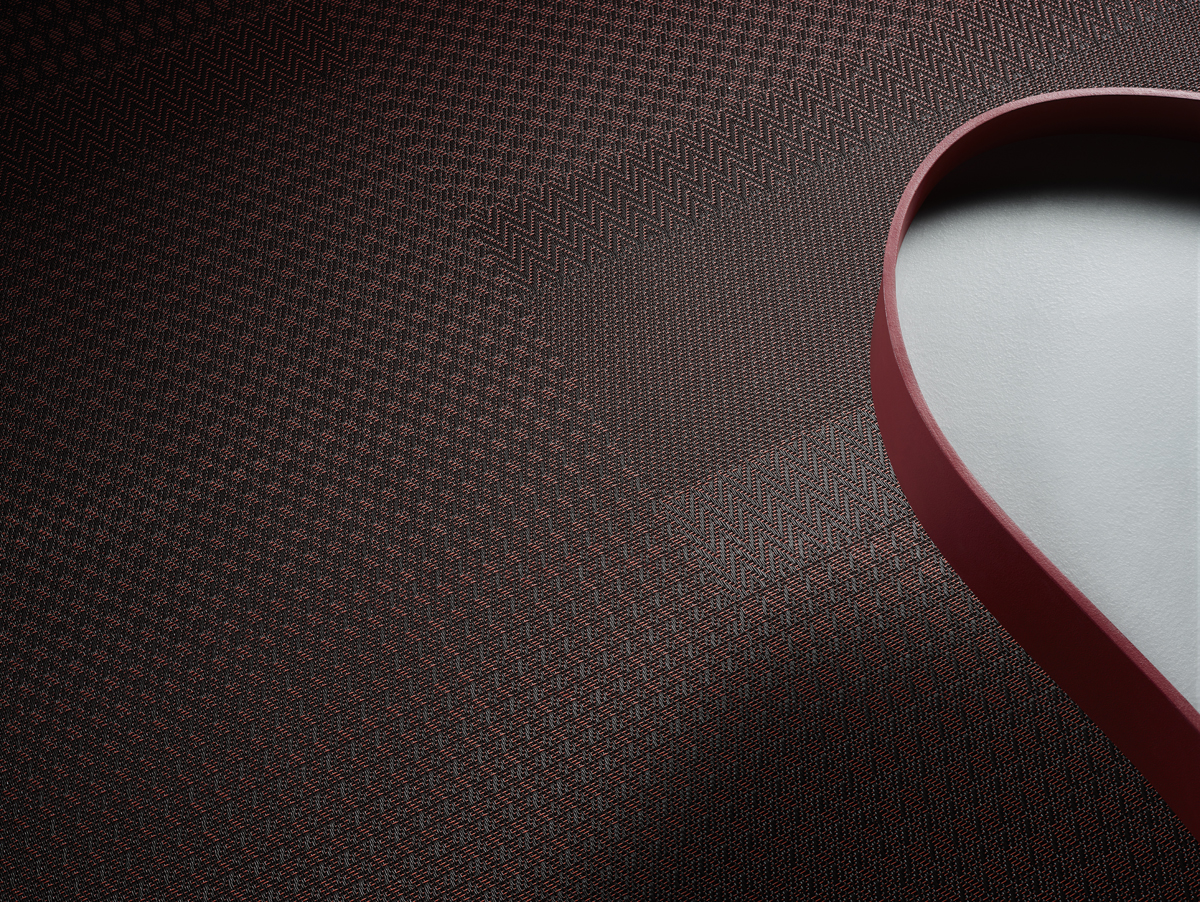 Each pattern that designers choose while customizing their order has its own repeat size; 4.26 feet for Grid (shown with the Capo armchair from Cappellini) and 6.23 feet for Lace (below). 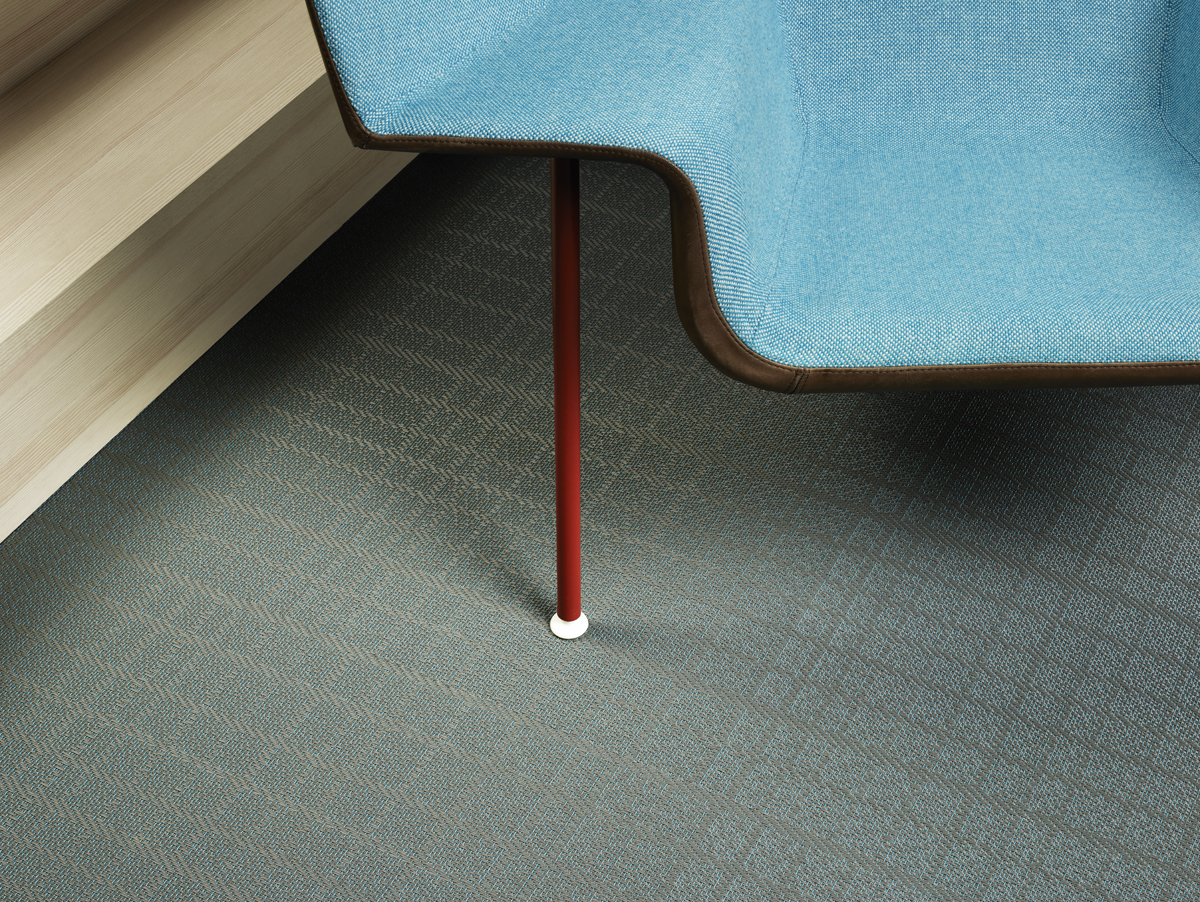 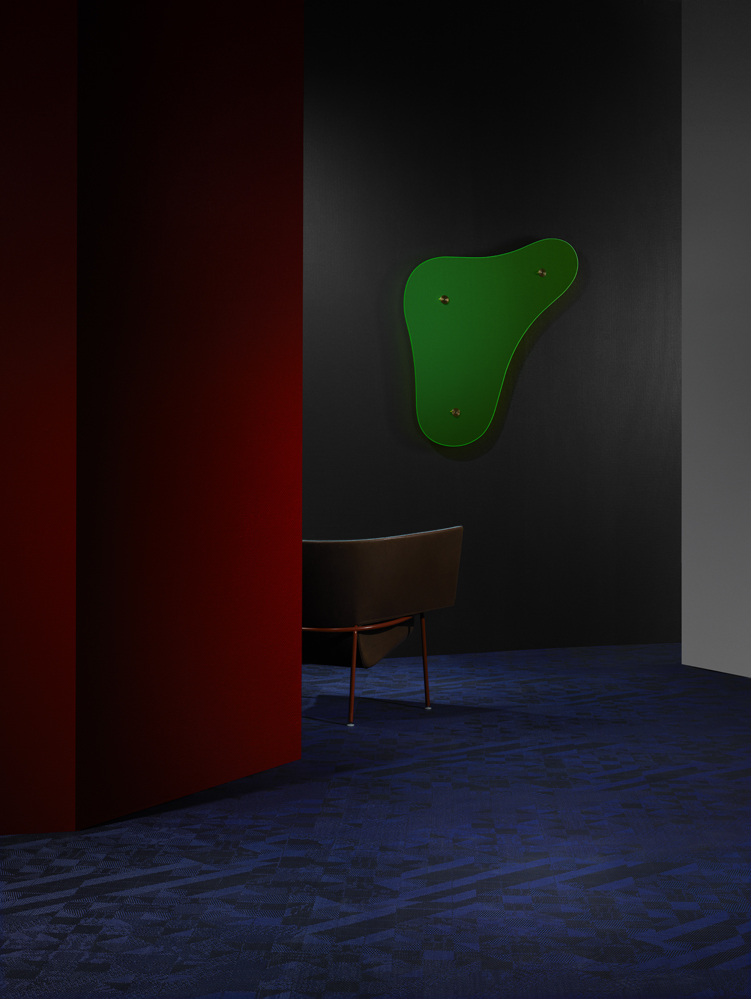 The patterns are designed such that it does not matter if they are misaligned during installation.