For decades the popular image of the typical nursing home has been one of confinement—a sort of hybrid hospital/prison. It features zonked-out old people tied to wheelchairs nodding off in long, featureless corridors or crying out for help from steel-framed beds. Small wonder that elder moms and dads pledge their offspring to “never send me […]

For decades the popular image of the typical nursing home has been one of confinement—a sort of hybrid hospital/prison. It features zonked-out old people tied to wheelchairs nodding off in long, featureless corridors or crying out for help from steel-framed beds. Small wonder that elder moms and dads pledge their offspring to “never send me to a nursing home, I’d rather die first.”

Actually that forlorn image was bombed not once, but twice, by the same individual. William H. Thomas, MD, or “Bill” Thomas, as anyone who’s known him more than 5 minutes calls him, redefined the long-term care environment twice over. His most recent and architecturally relevant innovation turns the old nursing home model upside down. The Green House model, as it’s called, presents the nursing home as a real home, complete with central dining/living area he calls The Hearth, surrounded by 10 to 12 private bedrooms with bathrooms. Put several of these Green Houses together in their own little community and you have the scale, but not the confinement, of the standard hospital-sized nursing home. 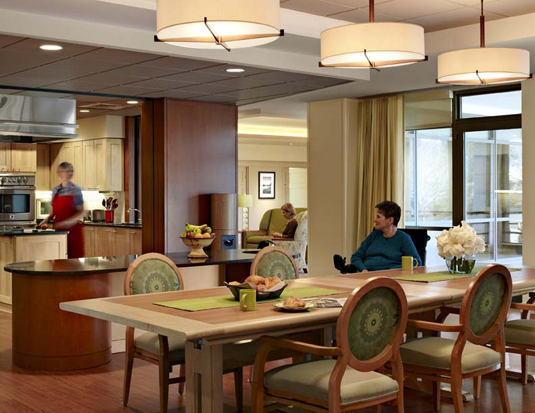 Thomas says he became a “nursing home abolitionist” back in the mid-90s, as a follow-up to his initial stereotype-busting notion of opening up facilities to fish tanks, bird cages, on-premises pets and green plants everywhere—in short, an invitation for living things to enliven the atmosphere for nursing home residents plagued by loneliness, helpless, and boredom. He calls it The Eden Alternative. The handsome, friendly, loquacious 52-year-old is a persuasive proselytizer: some 300 American nursing homes and 200 internationally have adopted The Eden Alternative.

But Thomas wanted to take it a step further. Inspired by a design phenomenon that began pervading long-term care in the late 1980s, particularly in Wisconsin—the so-called neighborhood concept—Thomas wanted to spread the word in bricks and mortar. The neighborhood concept divides the nursing home into small, discrete units having their own kitchens and living rooms, as well as dedicated staff. Thomas’s idea was to have the small units become individual freestanding homes, or Green Houses. 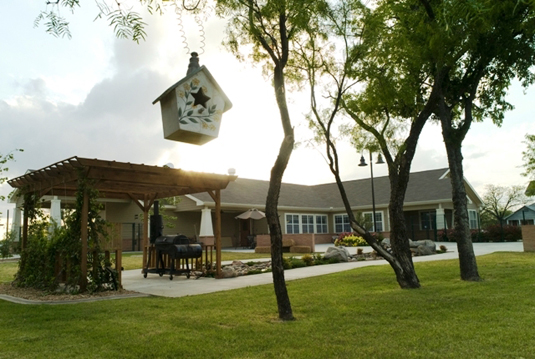 As any architect experienced with coding authorities knows, changing a paradigm isn’t easy, particularly in the area of health care. Bill’s rough sketches encountered skepticism among the authorities of his home state, New York, who had difficulty embracing the notion of a nursing home presenting as several small homes. Luckily for Bill, a southern skilled nursing facility operator named Steve McAlilly, CEO of Mississippi Methodist Health Services, was excited by the neighborhood concept and wanted it for a new 140-bed facility he was building in Tupelo. He told his board going in that favoring the traditional facility plan would lead them to making “a $12 million mistake.”

Enter Tupelo architect Richard McCarty, of the McCarty Company Design Group, who set about fleshing out Bill Thomas’s concept as a working building, fully code-compliant and licensed to operate as a nursing home. “The Mississippi licensure agency was very open and collaborative,” recalls McCarty. “They thought the Green House was a great innovation and helped support it creatively. I was very proud of them.” 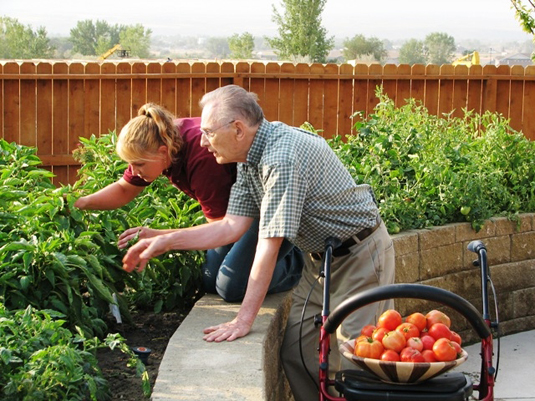 Thomas observes that “bureaucracies exist to prevent you from changing the rules a little bit, and they’re very successful at this. But if you blow their minds with something big, people find that the rules can’t work in exactly the same way. If you proceed from a radically different picture at the start, you end up with flexibility you wouldn’t have had for a small thing, like widening a corridor by two inches. In the end, the regulators I know have appreciated a better model.”

McCarty elaborates: “Fire safety, for example, becomes a different issue because the Green House provides the 10 or 12 residents with easy access to refuge compared to a standard facility. This is a home, not a ‘homelike’ facility, and everything we do inside attempts to make it a home. Nurse call, security, appropriate egress, they’re all there, but they’re tucked away behind the residential environment. About the only exception is the Exit sign at the door.” 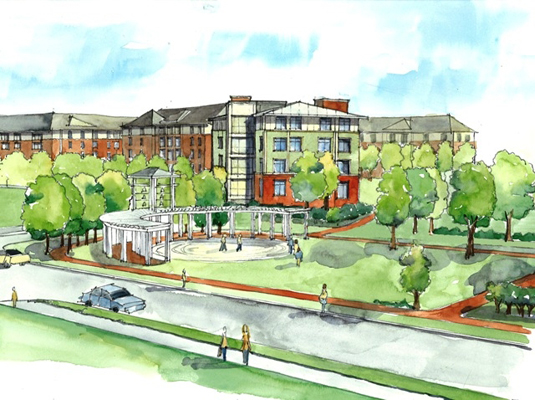 McCarty’s 24-person practice has been involved in developing 10 Green House projects overall in the Tupelo area and has consulted on 12 or 15 more nationwide. “Once you’ve drunk the Green House Kool-Aid,” he says, “there’s no going back.” Over 100 such projects have been established around the country thus far, and the model is proving adaptable to local conditions and definitions of “home.” A high-rise model Green House—several Green Houses stacked vertically—has been proposed for Manhattan, for example.

Bill Thomas sees all this as a start toward giving seniors a much-needed choice of supportive living accommodations, from nursing home neighborhoods to technologically supported private homes. “The Baby Boom generation is the generation that moved from three flavors of ice cream to hundreds. Giving people elegant design in a dozen different vocabularies accommodating all the varieties of aging we observe—from 85-year-old mountain climbers to the wheelchair-bound—will be the great design challenge of the first half of the 21st century.”

Richard L. Peck is the former Editor-in-Chief of Healthcare Design.