At the Cedarsong Nature School, the Classroom Is a Forest

At the Cedarsong Nature School, the classroom is a forest. 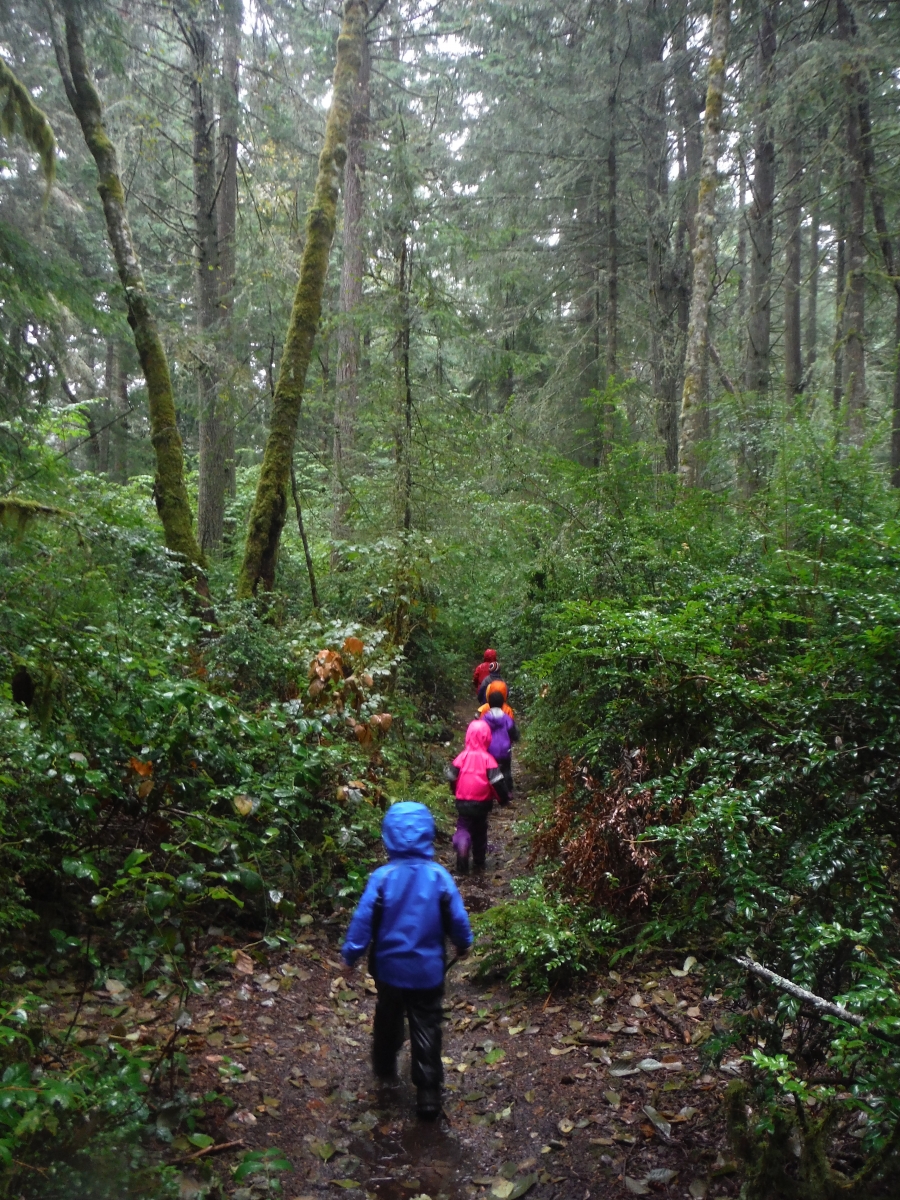 Children explore, play, and learn in the forest “classroom” of Cedarsong Nature School.

Cedarsong Nature School has no street address. In fact it has no actual building. The “classroom” is a forest. And every day, rain or shine, children descend upon the grounds to explore the nature that surrounds them. It is an educational approach that is purely nonacademic. “One of the philosophies behind what’s called ‘flow learning’ is that the best way for children to learn is through their own authentic exploration of the natural world,” says Erin Kenny, who founded Cedarsong nine years ago. “So we don’t impose any agenda, and yet, through their own discoveries, they make all these incredible observations and they’re able to scaffold the learning each day.”

As Americans become more frustrated with the academic push that begins so early, the desire for a different approach to early childhood education seems to be growing. “It’s a backlash against the heavily academic programming,” says Kenny. “And there are many people in the field, myself included, who feel intuitively that is the wrong approach. It really crushes creativity.”

“The best way for children to learn is through their own authentic exploration of the natural world.”
Her theory isn’t just based on her own observations. “Research indicates student achievement levels rise in core academic areas, including reading, math, and science, when learning takes place in more natural settings,” says Robyn Bjornsson of the Children & Nature Network, a nonprofit that is leading a movement to reconnect children with nature. As this movement grows, forest schools are springing up across the country. And while Kenny upholds strict guidelines in relation to what can be designated as forest schools—“Just holding school in the forest doesn’t mean there’s an understanding of the unique pedagogy that goes with being a forest school or kindergarten,” she says—other schools are using a looser definition of the term. One such example is Brooklyn Forest, run by Joylynn Holder and Charlie Foster, which holds classes in both Prospect Park and Central Park. The (very informal) routine the classes go through before running wild in nature—washing hands with lavender soap and singing songs—may not fit in with the definition of no curriculum, but to Holder and Foster the idea remains the same.

Kenny is working to create a cohesiveness among forest schools. “I’ve trained 75 schools over the last three years,” she says. “There’s a unique pedagogy that goes with the the forest kindergarten.” 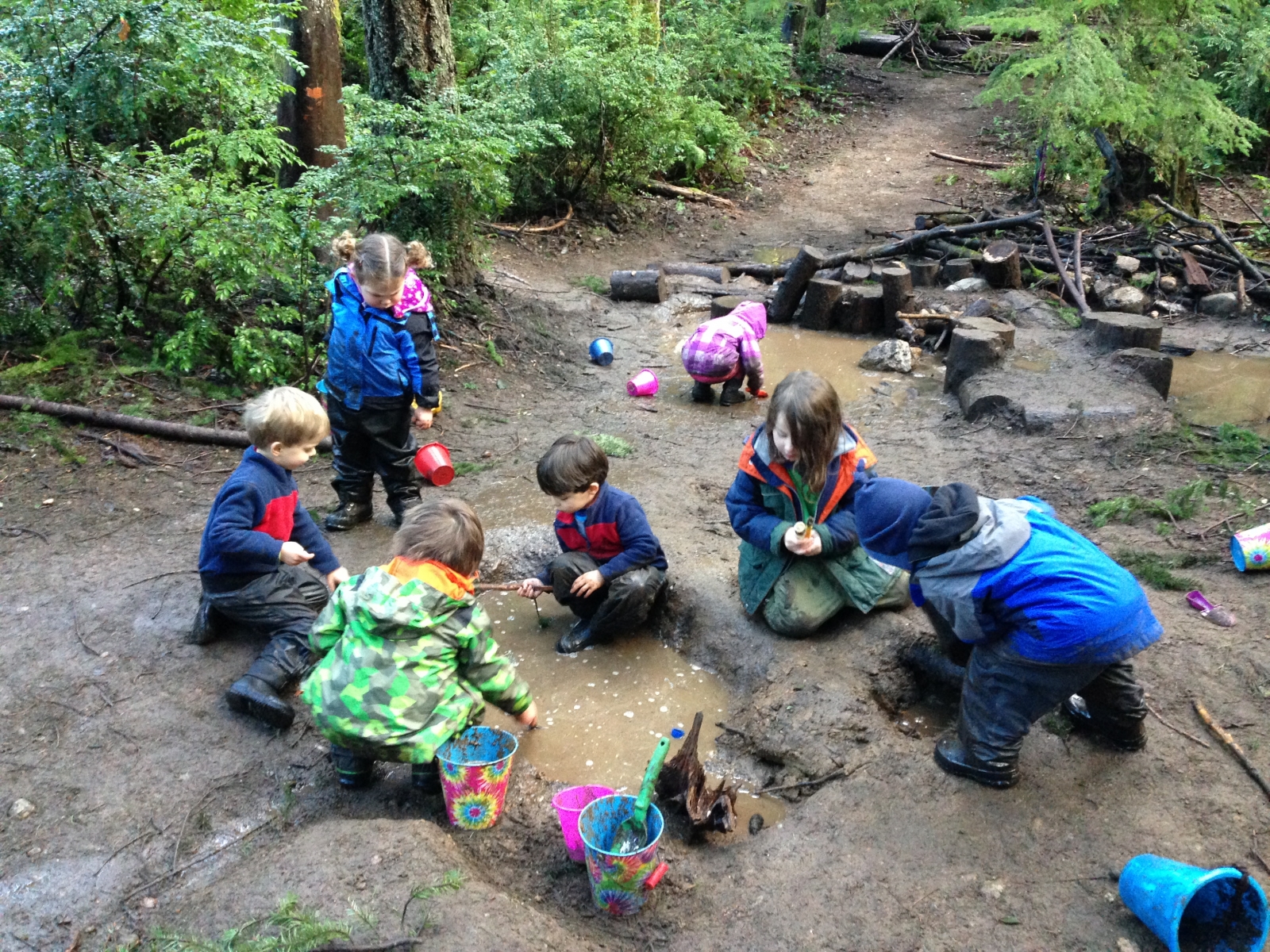 Students at Cedarsong dig into the muddy ground. No matter the weather, the children are outdoors for the duration of the school day. 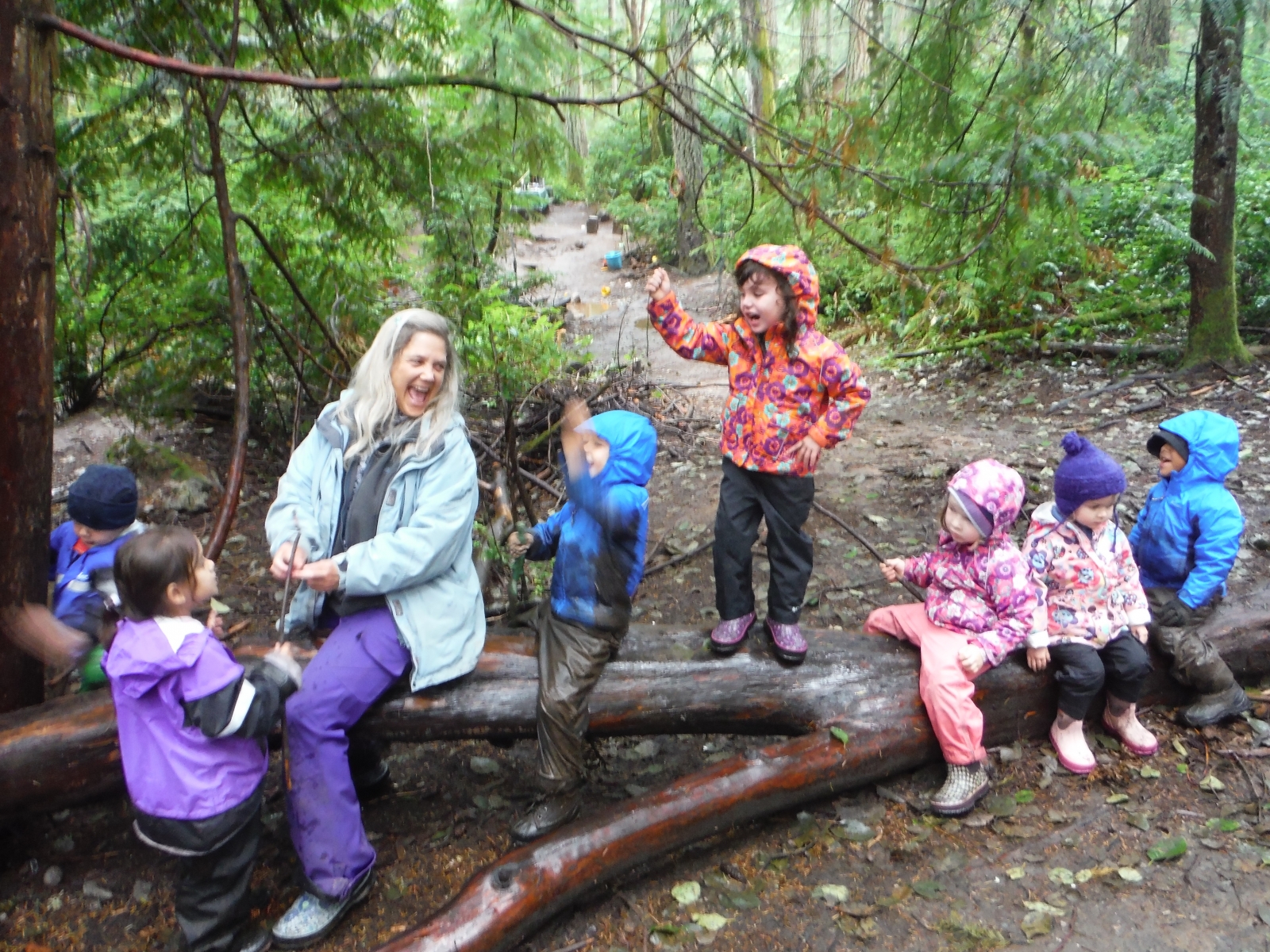 The tykes are encouraged to make discoveries on their walks in the forest.