The Royal Ontario Museum in Toronto launches a new exhibition about the morphing city of Shanghai.

This week the Institute for Contemporary Culture at the Royal Ontario Museum opened the exhibition Shanghai Kaleidoscope. In the small grouping of videos, photographs, and fashion ensembles, contemporary Chinese artists explore the new and evolving Shanghai, a city that has been undergoing a massive transformation, with the razing and rebuilding of over half the city. The works on display communicate a cautious optimism about a place in transition.

Shi Yong’s Gravity: Shanghai Night Sky from 2004 is a series of 56 transparencies depicting the tops of new skyscrapers as they penetrate a dark sky. They are illuminated by a light-box stretching 18 feet long to form a striking landscape of light and dark.

Another notable piece turns Shanghai on its head. The video installation called Light and Easy II by Yang Zhenzhong balances the upside-down Shanghai skyline on the tip of a finger. As the image teeter-totters, the finger readjusts to prevent it from falling over completely.

My personal favorite was another video installation by Zhenzhong called Let’s Puff from 2002. In one projection, a woman blows air forcefully out toward the wall opposite her. On the other screen, pedestrians are filmed walking through a busy intersection. Every time the woman blows air toward them, the picture distorts from the power of her breath, and the pedestrians respond with confused expressions. On one hand, it’s a metaphor for the “winds of change,” as the label explains. On the other hand, it shows resilience and persistence, offering a sense that the culture is unshakable amidst physical changes.

This exhibition was a breath of fresh air (pun intended), but with that said, its display space in the new Michael Lee-Chin Crystal galleries (designed by Studio Daniel Libeskind) will leave you gasping—perhaps choking. With awkward angles and alcoves, a disorienting layout, and overall negligence as an exhibition space, the new addition is a disappointment. It’s ironic that such stellar artistic commentaries on Shanghai’s urban renaissance are on display in a space that seems to back-peddle architectural progress.

The exhibition runs through November 2, 2008.

For more on Shanghai in particular and China in general, link to a few of these past stories:

The Beauty of Numbers

New Player in the Skyscraper Game 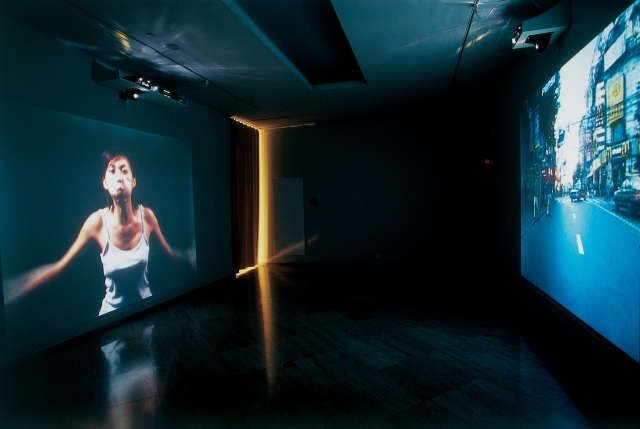 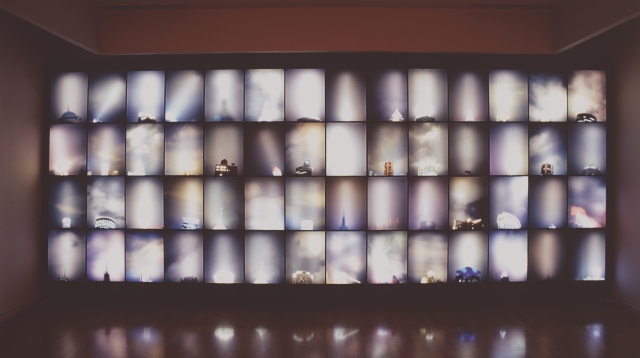