The Condo, A Kind of Housing Model Every American Can Love

The subtitle of Matthew Gordon Lasner’s High Life: Condo Living in the Suburban Century (Yale University Press, 2012) might suggest a story of determined residential heterodoxy. Could this book be about the rare, defiantly urban souls opting for the sleek new high-rise as the rest of the old neighborhood packs up for the suburbs?

Indeed, for a time that was true, but the real story is nowhere near as simple, and a good deal more interesting. Co-operative housing’s (we don’t get to the actual term “condominium” for a while yet) pattern of growth roughly paralleled that of the schedule one controlled substance; pioneered by the rich, it soon caught on among the urban poor, and finally grew ubiquitous across income scales. It was considerably unusual for some time in the US, to be found mainly in pockets around New York and a preserve of the Edith Wharton-like gentry, and later of politically minded, often Jewish working classes. But long before the time, say, American Psycho came along to emblazon the cultural image of the condo, co-ops of some sort or another were just as likely to be found in Miami or in the San Fernando Valley as on the Upper East Side, and just as likely to be occupied by retirees or families as by necrophiliac yuppies.

How did this come about? It’s a story partially driven by demographic change. But also, considerably, by the much less glamorous business of developing a legal framework for rendering owned apartments liquid. We forget, after years of tedious tweaking by persons other than ourselves, that the question of how to own part of a building was once one of seemingly Aristotelian complexity, resolved only after decades of experiment with European and South American precedent, regulations on unit use, fluctuations in maintenance fees, and so on. A considerable problem, in the ownership-inclined U.S., was that early forms of the co-op carried plenty of the burdens of cooperation and few of the benefits of ownership. 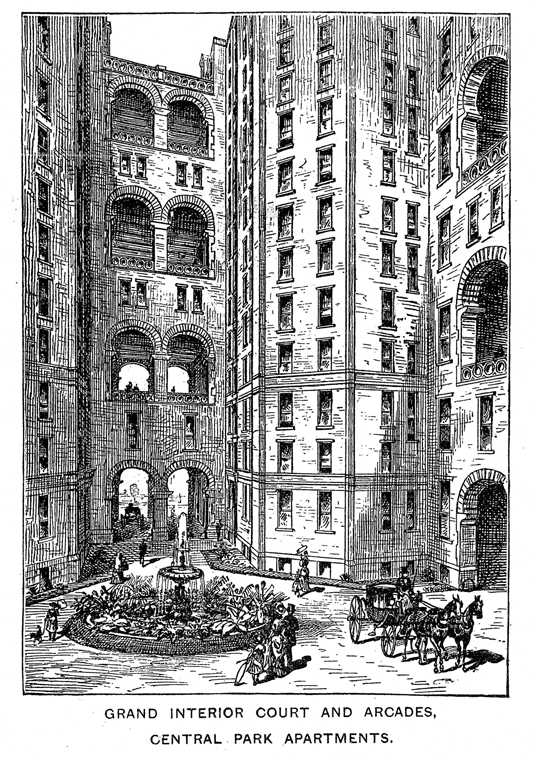 How did this work? They attracted residents who simply didn’t mind. The first cooperative housing in the U.S. was a high-income concern, with a desired market of the urban wealthy accustomed to living in hotels or expensive apartments. Co-owned housing, on the model of residences in Paris or Berlin, offered the promise of stability, privacy, and protection against the deterioration of a building or of its tenant caliber. As Lasner indicates, co-op tenancy arrangements took as their model some familiar gilded age American features such as the social club and the corporate board, and offered a mode of residency that was substantially encumbered by regulations to a class that didn’t much mind.

Lasner elaborates: “For increasing numbers of upper middle-class New York families, the “private” co-owned apartment also appealed, more than ever, as a means to exclude. In an especially candid article, in 1911, Architectural Record reminded readers that the only way to ensure good neighbors in an apartment house was to choose a co-op—good neighbors being ones who were neither Irish nor Jewish. “Unless all the cooperators united to constitute themselves a vigilance committee,” it warned, “someday there will elude the vigilance of the… real estate agent a ‘peroxide Juno’ … or a hook-nosed tenant, of the kind of hook nose you know and apprehend.” (“Peroxide Juno” was a term for the Irish, borrowed from an O. Henry story. Use it thrice and it’s yours.) 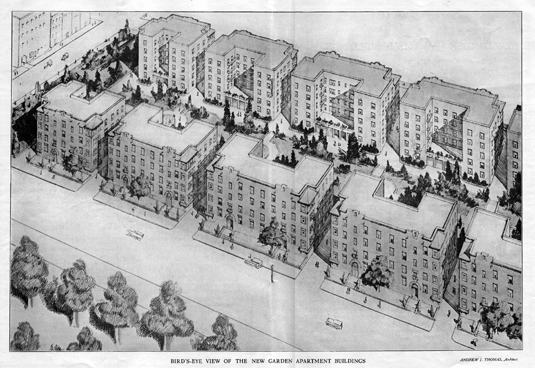 Upper income co-ops persisted in New York despite assorted recession tumults (and do until this day). Their model gave rise both to the first American “Garden Apartments” in locations such as Jackson Heights, Queens, and to that signature curiosity (at the time), the suburban co-op tower. Towers cropped up in Westchester, Northwest Washington, Brookline, Massachusetts, and other suburban locations, offering abundant views and few of the responsibilities of single-home ownership. One New Yorker cartoon realtor quipped, “Something in the suburbs? Say about the thirty-sixth floor?” These and more traditional co-ops took advantage of two considerable innovations: the emergence of a variety of mechanisms of home financing for unit purchases and of professional building management companies, thus sparing residents the necessity of turning to resident meetings to resolve commonplace questions of maintenance or disagreement. 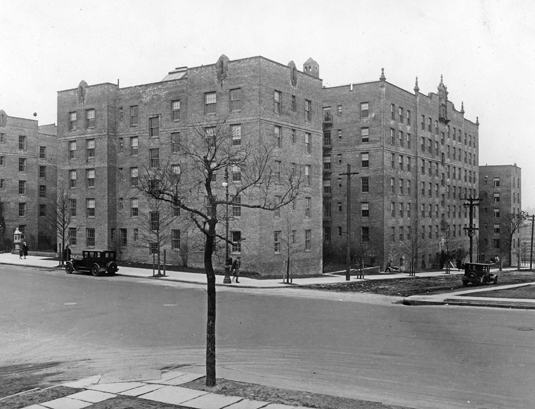 While the wealthy found means to dodge much of the trouble of building civic engagement, another class came to embrace the communal possibilities of cooperative housing. The United Workers, a left-wing mutual-aid group set into motion a number of projects to furnish working-class housing for a demographic seeking low-cost housing.

As Lasner writes, “For the United Workers and other housing reformers in the 1920s, the co-op provided not just a third way between the suburban home and the city rental, and between the “public” apartment and the “private” home, but between the laissez-faire real-estate market and full state ownership of real property.” These buildings were generally organized as limited equity co-ops, which offered few rights over membership and leases of short duration—more of a share in the larger property than a lasting purchase of a unit itself. Social life amply reflected this orientation towards the group rather than the individual, “they established and ran preschools, playgrounds, libraries, summer camps, cafeterias, and adult-education classes, and they produced a wide array of community programming, from newsletters and journals to lectures, concerts, and plays.” Several of these projects found vibrant success; expansion of the model reached a limit amidst the prosperity of the 1920s however, as it became clear that their success derived from the nature of the tenantry (ideologically committed to the co-operative goals and generally unable to afford other housing options) rather than to some natural consanguinity of a co-owned building. Most prospective buyers continued to look squarely elsewhere. 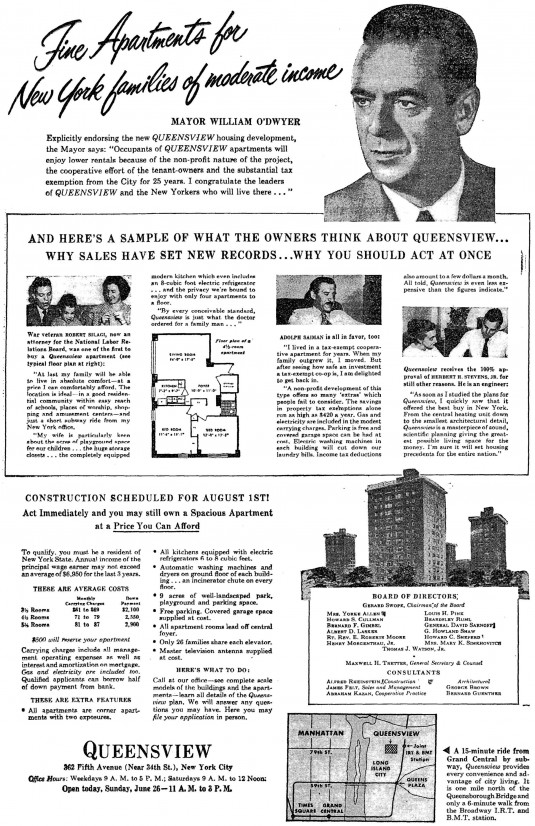 The New Deal and the Second World War provided a new lease on life for co-operative housing. The Federal Housing Administration, established in 1934, soon began to insure moderate-income housing developments; its involvement in co-ops accelerated with its establishment of a Cooperative Housing Division in 1950. Nearly concurrently, the United Housing Foundation undertook numerous housing projects. Their physical effect on the New York metropolitan area can’t be overstated; odds are that any thicket of dull residential towers you encounter along the city’s borders, whether in outer Queens, Riverdale, Yonkers, New Rochelle, or Mount Vernon, was a federally or state-supported ’50s or ’60s co-op project. And who could forget Co-Op City? Again, even while offering low cost residences, building seemed to stretch beyond the limits of demand. Locations near to the city proved greatly successful; the more remote struggled to attract residents dutifully attracted to conventional single-family homes. 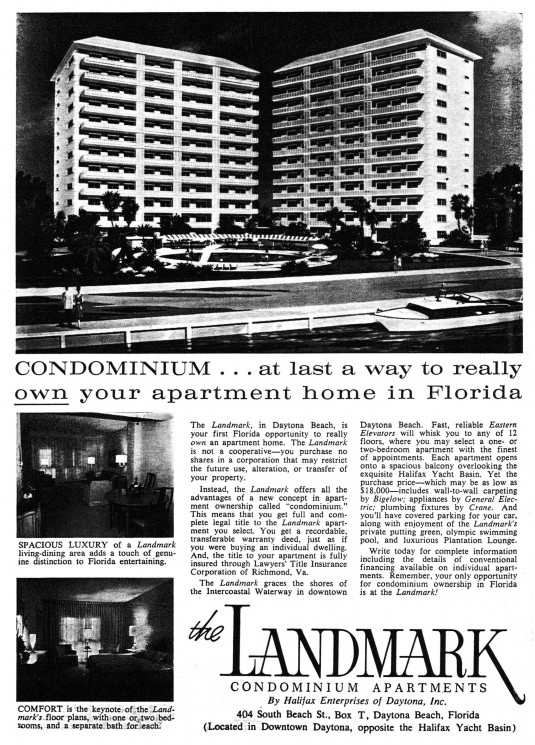 While the co-op seemed to reach the limits of sympathy, yet again, with families in cold New York, it found a new lease on life in balmy Florida and California, thanks to retirees. Here, at last, was a demographic target ideal for the conjoined promise of community without maintenance responsibilities that co-ops offered. Evocatively titled projects sprang up: Youngstown and Sun City in Arizona, Leisure World in Florida, perhaps most importantly, there finally emerged a system of ownership that every American could love—the condominium. Originating in the Puerto Rican condominio, a system that offered outright deeds to property instead of a proprietary lease, the condominium model bridged several gaps between co-operative property and mainstream notions of housing interest. Lenders who had balked at the seeming filigreed nature of a “proprietary lease” soon found reassurance in facing a concrete deed to property, and lending for condo purchase soon grew considerably easier to obtain.

A tangle of possible resale restrictions—life at the discretion of fickle boards—disappeared, as a unit became nearly as disposable as any other unit of property. As Lasner acutely suggests, simple deeds finally offered a concord between co-operatively owned housing and widespread ideals of ownership. Not all was perfect, however. Eviction and the collection of maintenance fees grew actively more difficult to effect, requiring additional tweaking, but a broadly-popular frame for cooperative living had finally been achieved. 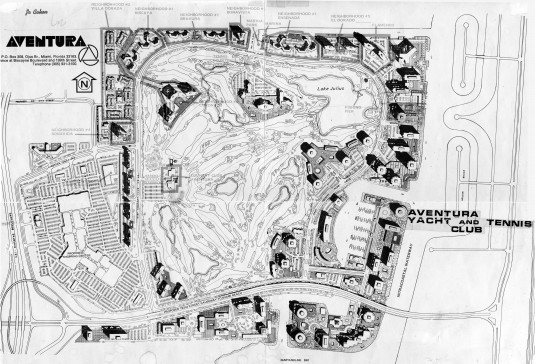 The condominium model grew wildly popular, with privately constructed co-op buildings coming to rapidly dwarf the federally supported. Soon, as “one regional business magazine” commented, “like Spiro Agnew, condominium has become a household word.” Unlike the former vice president, they’ve remained popular, cropping up in a dizzying variety of locations and physical forms, some of which, as we’ve seen, comport entirely with the idea of the “suburban century” and others of which complicate this idea.

Today in the US about one in eight owner-occupied homes are in multifamily complexes. In larger metropolitan areas, this figure is as high as three or four out of ten. And the condominium looms even larger than that figure suggests. Lasner notes, “Without them, the growth in homeownership of the previous fifty years—since the end of the Post World War II suburban boom—all but disappeared. The share of households in owner-occupied, single-family houses in 2007 was precisely the same as it had been in 1960 (forty-nine percent) despite the fact that rates of homeownership had risen from sixty-two to sixty-eight percent.” Not bad, for a Puerto Rican import.