Prone to Flooding, Congo Street Was Rebuilt by the City of Dallas

In our last post, you met the finalists of the 2013 Rudy Bruner Award, a biennial program that recognizes excellence in urban placemaking. This is the first of our dispatches from the field, as the Bruner Foundation team travels the country to examine the five selected projects. During our intensive, two-to-three-day visits to each site, we’re conducting interviews, taking photographs, and gathering information for our selection committee’s meeting in Oklahoma City this coming May, during which they will select the Gold Medal winner.

For our first trip, we headed south late last month, trading cold and snowy Boston for the relative warmth of North Texas to visit Congo Street Initiative in Dallas. The project is among the smallest of this year’s five finalists. Located along a reconstructed block-long street in the East Dallas community of Jubilee Park, it involved the construction of a new “Holding House” and the reconstruction of five existing houses in collaboration with the street’s residents.

The idea for the project emerged from a desire to stabilize home ownership for the families who live on Congo Street, many having occupied their homes for generations. The modest 640 square-foot houses, built in the 1920s, were in various states of disrepair, targeted for demolition and redevelopment. Working with the residents, city, corporate, and nonprofit partners in the Dallas community, buildingcommunityWORKSHOP, a local nonprofit community design center that submitted the project, crafted an alternative strategy for redevelopment. It focused on rebuilding the existing homes and street infrastructure over the next five years without displacing a single inhabitant. Staff from bcWORKSHOP and architecture students from the University of Texas at Arlington began working with Congo Street residents in 2008, exploring approaches that would enable them to remain in place without undue financial burden. 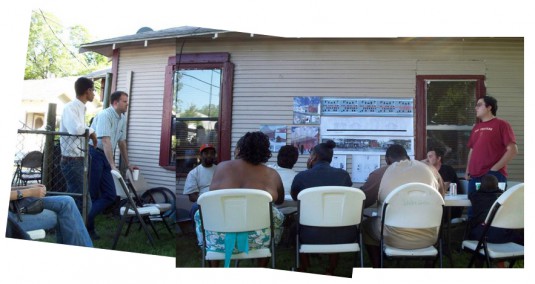 Residents worked with staff and volunteers from bcWORKSHOP and the community to reconstruct the homes one at a time, reusing existing materials and maintaining the small footprints and front porches. A new “Holding House,” constructed on an empty lot donated by one of the residents, served as a temporary residence for each family while their own houses was being renovated, allowing them to remain on the street during the process. 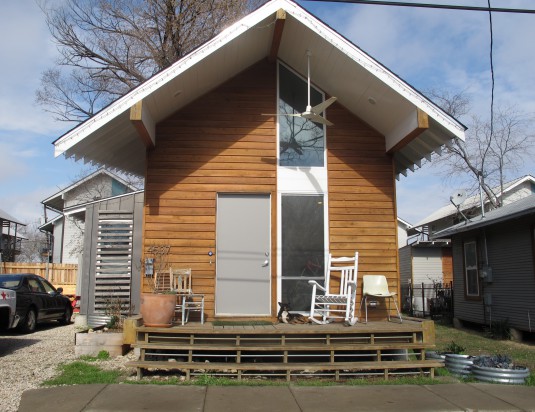 Holding House, where residents lived while their individual homes were being reconstructed 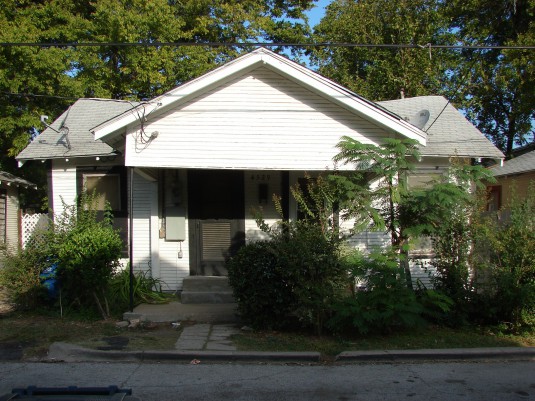 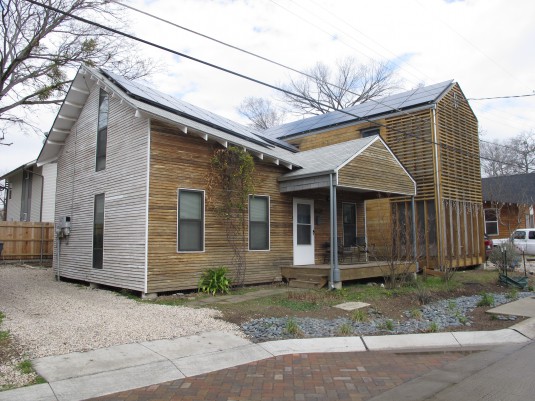 Congo Street, which used to flood regularly, was rebuilt by the City of Dallas. Now it incorporates permeable pavement along with storm water management, retention, and biofiltration. Recognized as Dallas’s first public “green street,” the project has inspired the current administration to consider applying the approach to other streets in the city.

During our site visit, we toured Congo Street with bcWORKSHOP, visiting the new homes with their residents, and met with people from the nearby Jubilee Park community. We also spoke with representatives from the City of Dallas and other organizations that provided support for the project, including CitySquare, Meadows Foundation, and the Real Estate Council. We will compile all of the information we gleaned into a written site visit report for the selection committee. The Congo Street project has garnered local and national awards, attracted new investment in the neighborhood, and sparked new thinking about design and affordable housing in Dallas. 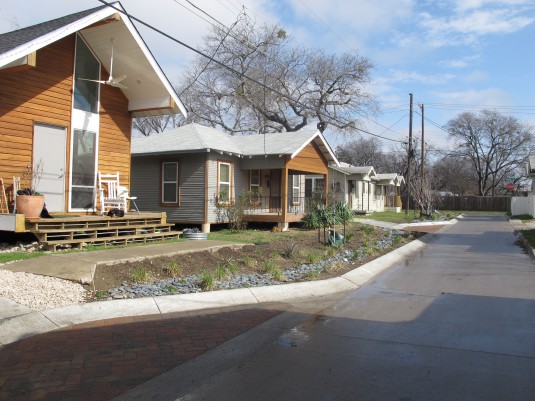 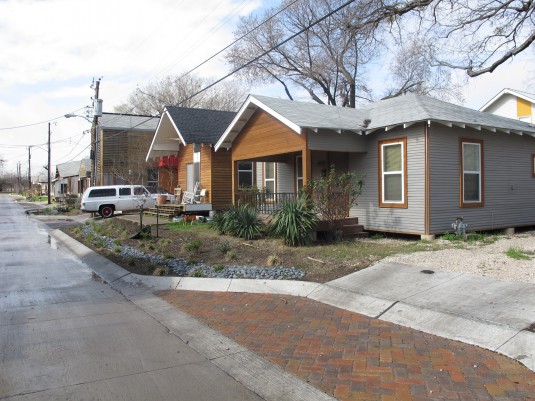 Next, we’ll head to New York City to visit Via Verde—the “Green Way,” a 222-unit affordable housing development in the Bronx.

Anne-Marie Lubenau, AIA, is director of the Rudy Bruner Award for Urban Excellence (RBA) for the Bruner Foundation in Cambridge, Massachusetts. An architect and advocate for educating and engaging people in design of the built environment, she is a graduate of Carnegie Mellon University and was a 2012 Loeb Fellow at the Harvard Graduate School of Design. This is the second in a series of posts written and curated by RBA that focus on placemaking in American cities. Upcoming blogs will offer a detailed look at the 2013 award selection process and site visits, case studies from past award winners, and highlights from events such as the Bruner-Loeb Forum.