Gordon Matta-Clark: Above and Below at the David Zwirner Gallery

The art historical legend-making machine has yoked Gordon Matta-Clark (1943-1978), he of the split-down-the-middle, half-Surrealist surname, with his “building cuts,” particularly the wood-frame house in Englewood, New Jersey that he bisected in 1974. This series of works ultimately led him in two different directions as he shifted his attention to the subterranean city—New York subway tunnels, Parisian catacombs—and finally, looked to the sky, where he imagined floating, sustainable cities.

An eye-opening exhibition at New York’s David Zwirner gallery focuses on the ideas and trajectories that Matta-Clark pursued with tools ranging from a chainsaw to a movie camera in the final years of his life, which was cut short by cancer. “With this show I want to emphasize how much there was to Gordon’s practice,” says independent curator Jessamyn Fiore, who co-directs the Estate of Gordon Matta-Clark with her mother, Jane Crawford, Matta-Clark’s widow. “There are a lot of layers, but there is a lot still left to be uncovered and explored.”

That much is clear upon encountering the first work in the exhibition, City Slivers, a 1976 film that fragments the screen with vertical stripes of footage, each showing a different perspective on bustling city life, yet always with a human scale that Matta-Clark, trained as an architect at Cornell, managed to keep constant throughout his disparate projects, all while fiddling with variables of space, time, and medium. One of his most ambitious cut works, “Conical Intersect” (1975), in which he carved holes in two buildings that dated from 1690 on the eve of their demolition to make way for the Centre Pompidou, is shown in a sketch, film, and accompanying photographs—cibachrome prints made from collaged still photos, film footage, and jazzy bands of tape—along with a pair of clasped stone hands. Stolen from their pious owner several centuries ago, the hands were discovered by Matta-Clark in the midst of his Paris cutting. “This is what he held on to, as a personal memento in his own home,” says Fiore. “He always loved the idea that he was cutting through history, as if taking a geologic sample but of humanity, and revealing the layers of life lived in these structures.” 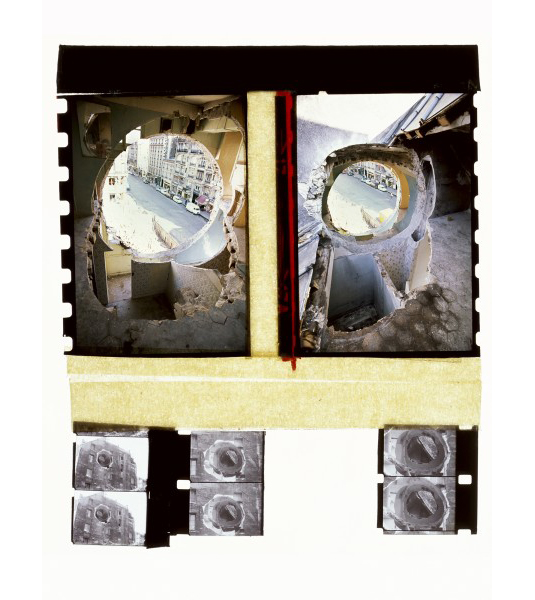 The exhibition’s back room is devoted to Matta-Clark’s voyages under the city and finally, high above it. He charted subterranean New York like an urban archaeologist, shooting footage one day—burrowing beneath the Cathedral of St. John the Divine, sneaking under Grand Central Terminal—and  showing it the next day at SoHo’s Holly Solomon Gallery in 1976. These “underground dailies” are collected in Substrait, a rarely seen film that spans an entire wall of the gallery and includes a soundtrack that is at once playful and the next comparing the underground infrastructure to “nerves and veins.” Similar excursions in Paris are revealed on film and in striking vertical photocollages that descend into sewers, scan a wall of skulls, and dwell on footprints in the mud. 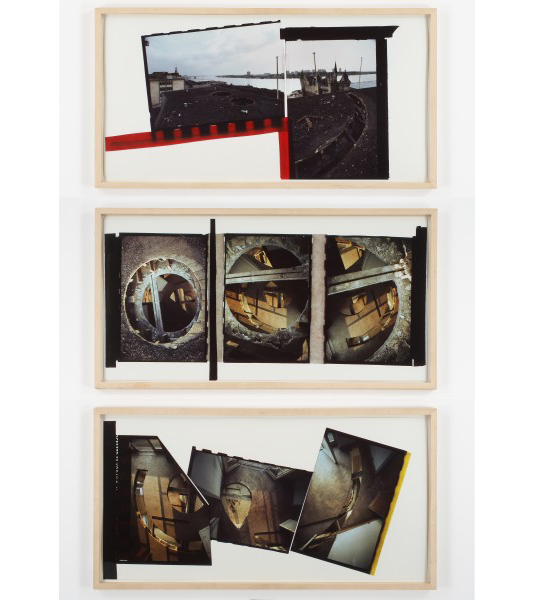 From confronting mortality in the crypts of Paris, Matta-Clark ascends to aerial architecture, and from the suspended nets of “Jacob’s Ladder,” created for Documenta in 1977 and resembling a no-frills skeleton of the climbable nests of the Starn Brothers, ends with a utopian flourish. “Sky Hook/Balloon Buildings,” created months before his death in August 1978, is one final fresh perspective, a unique synthesis of inside and outside, public and private, organic and artificial in the form of floating, self-sustaining architecture at a time when “green” was just a color.  “In all of his work, he was proposing a different kind of architecture, a new relationship to our urban environment, but putting it out as question that you could answer,” says Fiore. “I think he was trying to show that we should look at what’s in front of us and how people live and what we waste, not only to better our city but to better the way that people live in the city.” 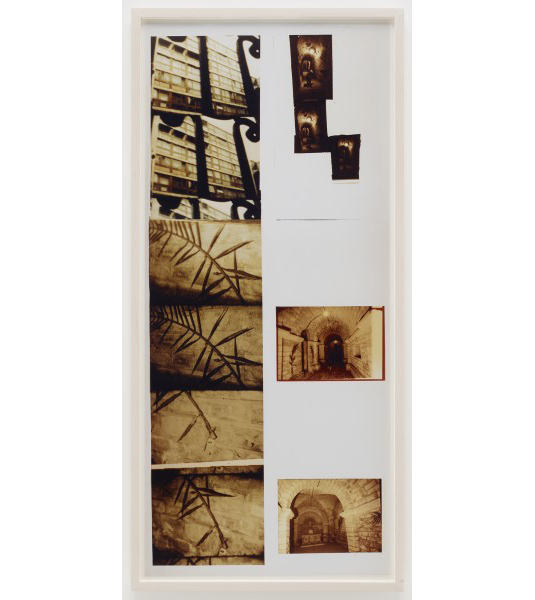 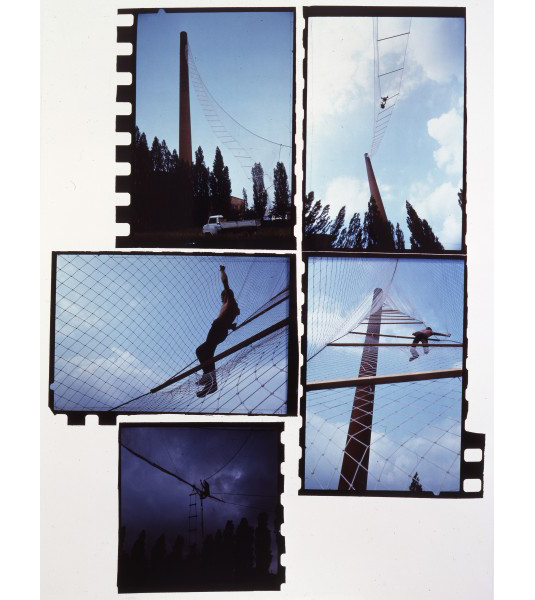 Stephanie Murg writes about art, design, and visual culture. Her work has appeared in publications such as Wallpaper*, Art+Auction, The Architect’s Newspaper, and Smithsonian. She is the editor of UnBeige.com.