The principals of Single Speed Design discuss how the firm uses steel in innovative ways. 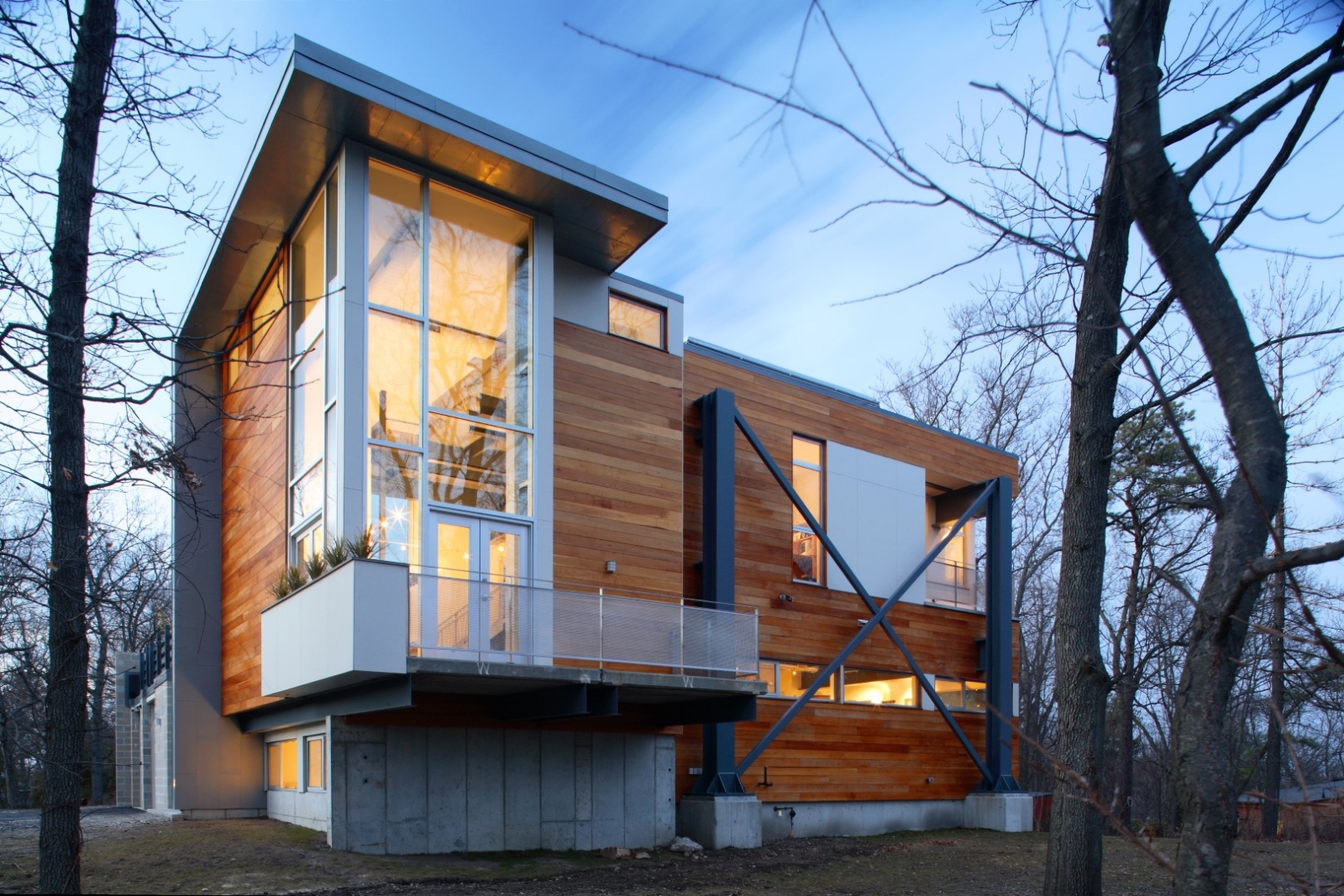 The Living Cities Competition is open for entries until January 10. What follows is a conversation with Single Speed Design Principals Jinhee Park and John Hong on three of the firm’s projects, and how each makes innovative use of steel.

Samuel Medina: The house is quite “structural”—over-structured, you might say—which isn’t something very typical of many domestic projects. What ideas of structure or tectonics did you explore with the design?

Jinhee Park and John Hong: The Big Dig House was actually a prototype for the larger idea of using salvaged steel and infrastructural materials. It was a single bay from the larger building we had designed when we won the Metropolis Next-Generation prize. As a prototype, it’s not just a house but a real-world demonstration that steel and concrete can have a second life. The buzzword ‘pre-cycling’ as opposed to recycling is very applicable to steel. When we build large-scale public works we should think of the second use even when designing for the first use.

There is a lot of embodied energy in forming steel, but once a structural member is created it has incredible longevity. If we can convince municipalities about the benefits of pre-cycling, steel could play a central role in pre-cycling components of public projects: for instance, why couldn’t a bridge for a temporary roadway bypass be used for a library 15 years later? Material waste, taxpayer dollars, and embodied energy could be conserved.

SM: In what ways did this concept of “precycling” inform the form of the house?

JP & JH: With the Big Dig project specifically, there was so much material deemed as trash that was stockpiled around the construction site. The material that we thought was most interesting are called inverset panels, which were being used in constructing temporary roadways that surrounded the infrastructural project. These are made out of concrete and steel and they seemed perfect as a kind of prefab system. The central question was: why not reuse these materials for something other than roadways and use the same building techniques as you would in building an elevated highway? 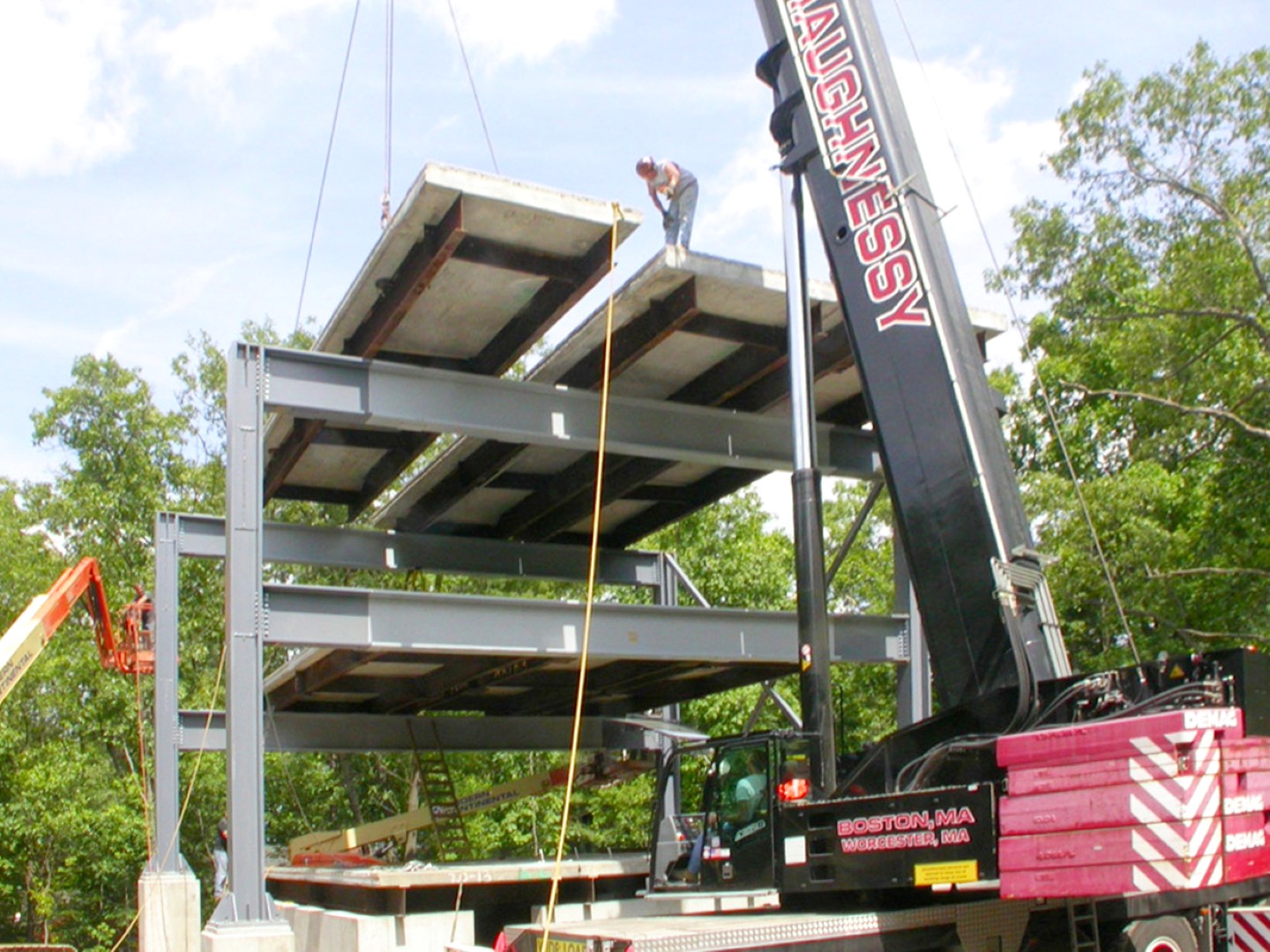 The great thing about using the steel that we did was it’s incredible loadbearing strength. (It was once an elevated roadway, after all.) We were able to incorporate full-scale roof gardens and do acrobatic things like hang entire stairways from the salvaged structure. In terms of long spans, we didn’t need any interior columns so there was ultimate flexibility in having either large open spaces or placing partitions in any which way we deemed necessary. Going back to the idea of pre-cycling therefore, you could imagine when a layout becomes obsolete you could reconfigure it and any way because of the clear spans made possible with this salvaged material. 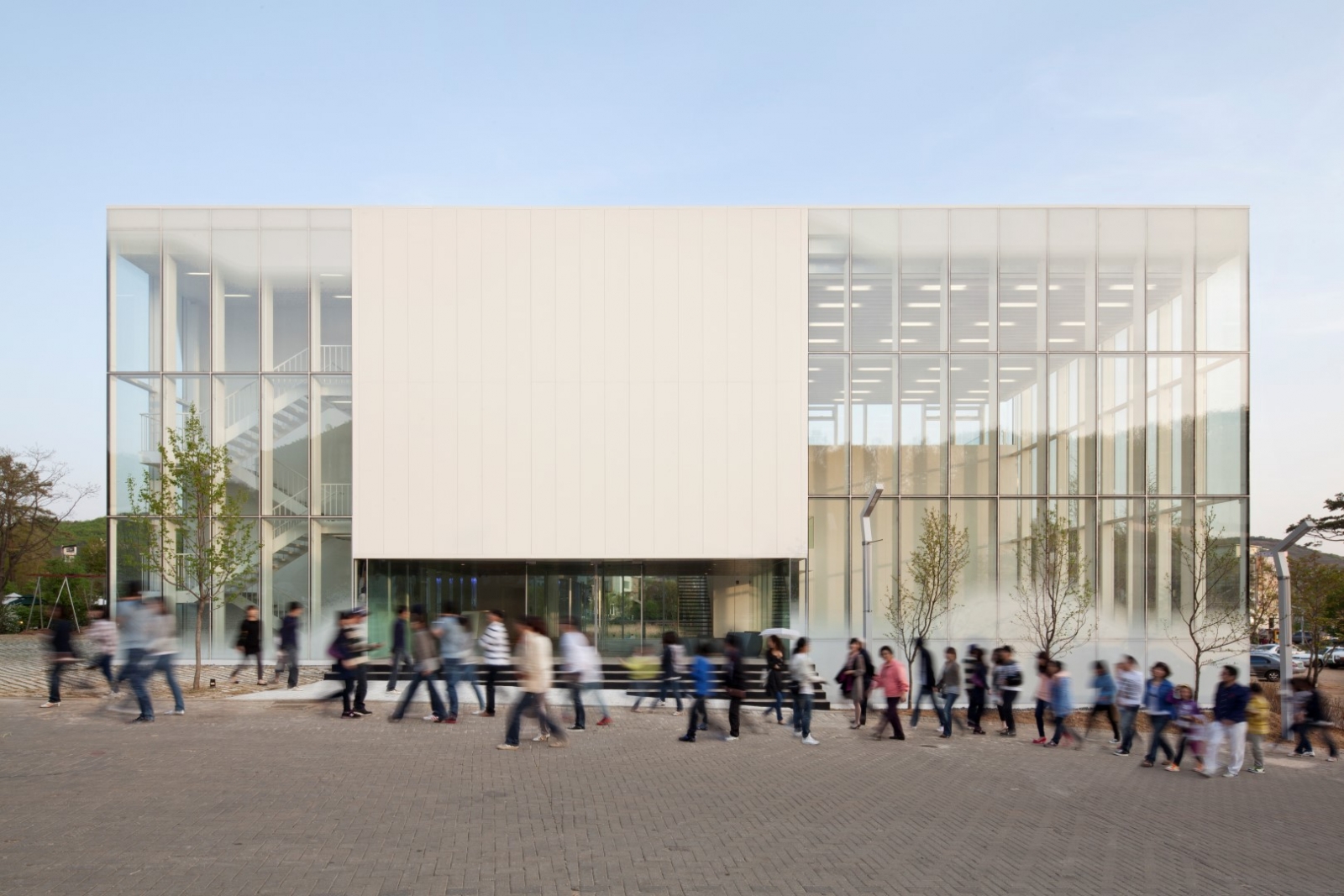 SM: Here, you were able to achieve a surprising series of sectional changes for a relatively small gallery. How were you able to do so?

JP & JH: We devised the concept of what our structural engineer Matt Johnson (principal at SGH) nicknamed “wall-umns” or wall-columns. By using a filigree of small steel columns, we were able to merge the structure into the same plane as walls, both interior exterior. Usually in a typical concrete structure (using Le Corbusier’s domino frame as an example), columns are separated from the walls, but in galleries this causes a lot of interference between structure and spaces for display. Even though the White Block Gallery seems very open, it is actually very dense because of the zoning restrictions. Therefore, saving space while maintaining openness through a dynamic section was made possible through the steel “wall-umn.” 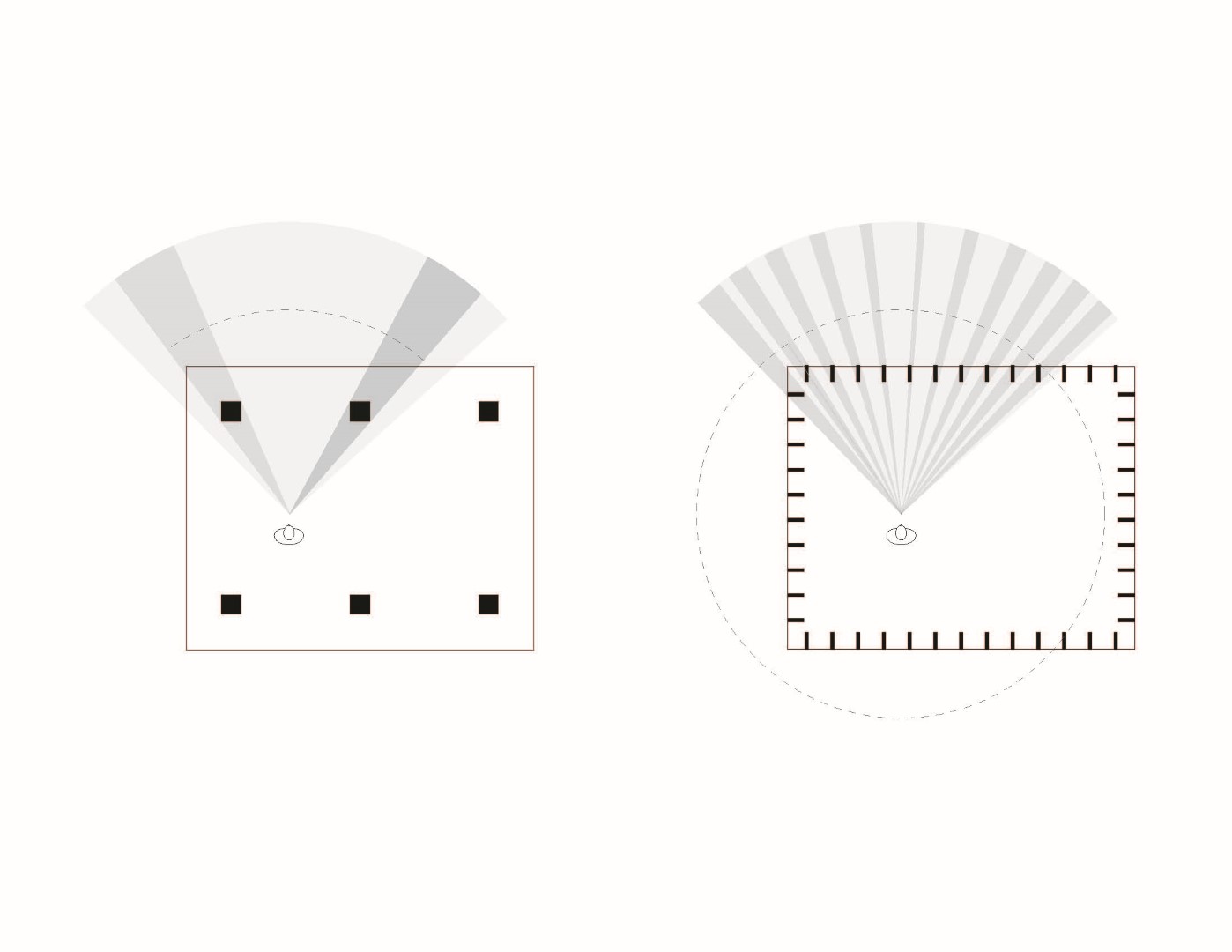 SM: Interestingly, you increase the number of columns in several of the gallery spaces—the opposite of the typical approach to gallery design. Why?

JP & JH: By increasing the number of small columns you can decrease their size and width. Therefore, as the diagram shows above, you paradoxically achieve more transparency with more columns: Where normative columns would be fewer, their sheer size would block the view. In fact when we were going through the value engineering phase, the construction manager almost convinced the client to switch to a concrete structure with a few large columns. After we showed them an animated walk-through however, the owner was sold on our original proposition because of its sense of openness. Also on the exterior of the building, the structural system merges with the mullions of the glazing so we reduce redundancy by converging structure and envelope. The overall effect is a more seamless relationship between architecture and site. 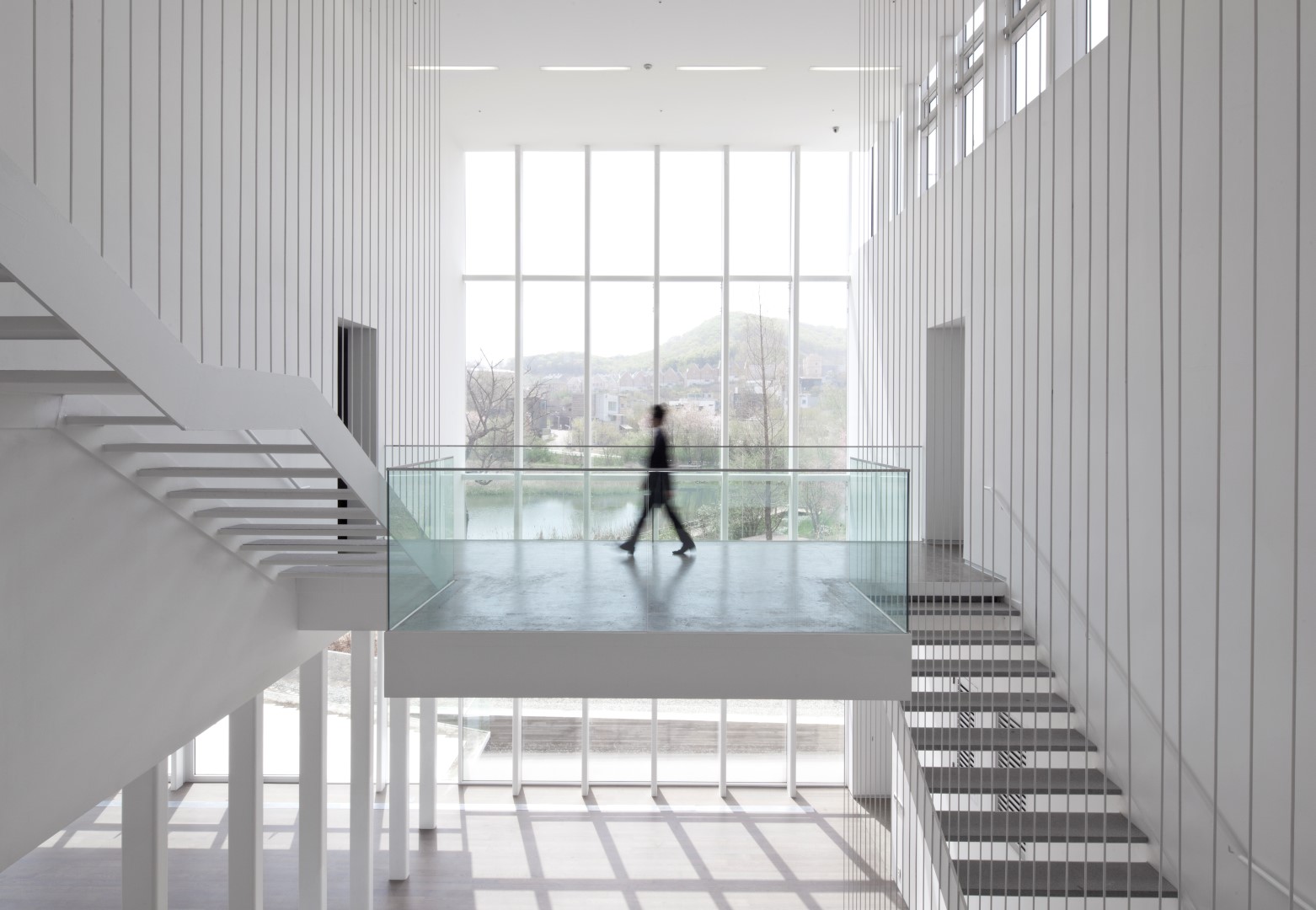 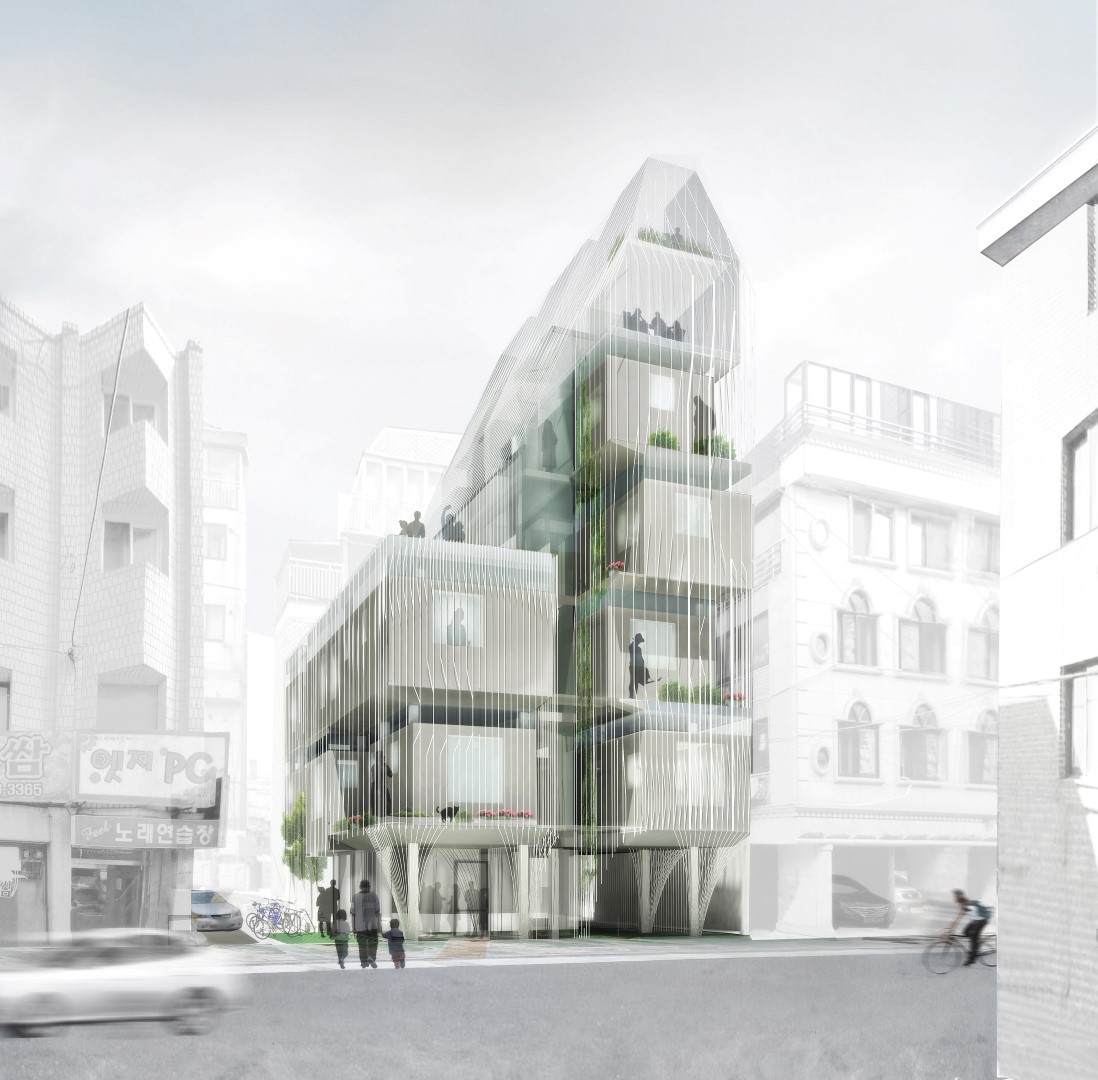 SM: This seems like a tight site. How were you able to overcome the zoning limitations in the design?

JP & JH: The project is an aggregation of small scale housing units in a dense site where we were limited on all fronts in terms of building height and building footprint. Steel, because of its strength in relation to its small size, was the only way to achieve this density. This project is an example of our larger research on micro-urbanism: working with existing dense urban areas to create new programs and typologies. Instead of a tabula rasa urbanism where you tear down parts of the city, steel offers us the flexibility to be nimble within existing conditions. 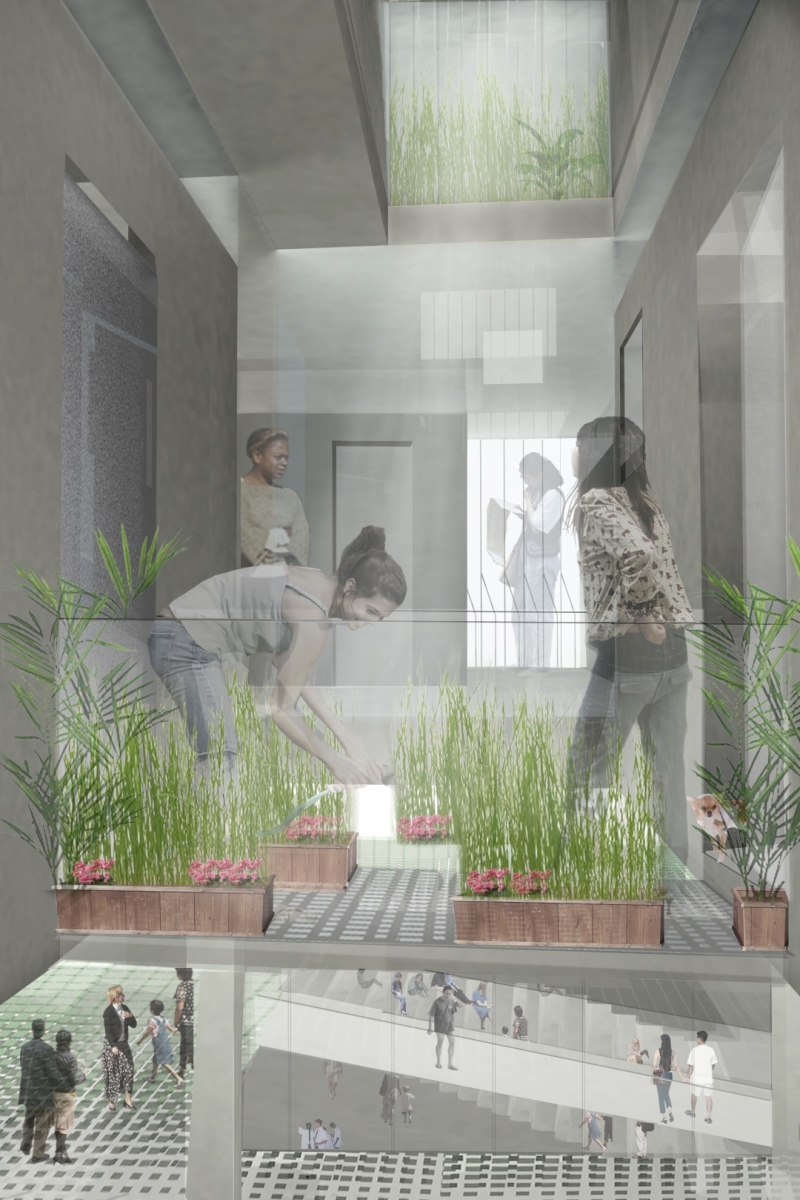 SM: The project renderings promise a very transparent environment. How did steel and the tectonics you employed help you achieve this openness?

JP & JH: One of the main concepts in the project is what we nicknamed ‘tapioca space.’ We intentionally created ambiguous semi-pubic areas surrounding the housing units to create areas of shared semi-public use. By carefully studying and then leveraging the zoning constraints we cantilevered or set back parts of the building to create these social spaces, both indoors and out. It was a combination of radically varying steel sections from larger to very small that allowed us to achieve this complexity in form with a relatively simple structural frame.