With a Bit of Help From MakerBot, 3D Printing Goes Mainstream 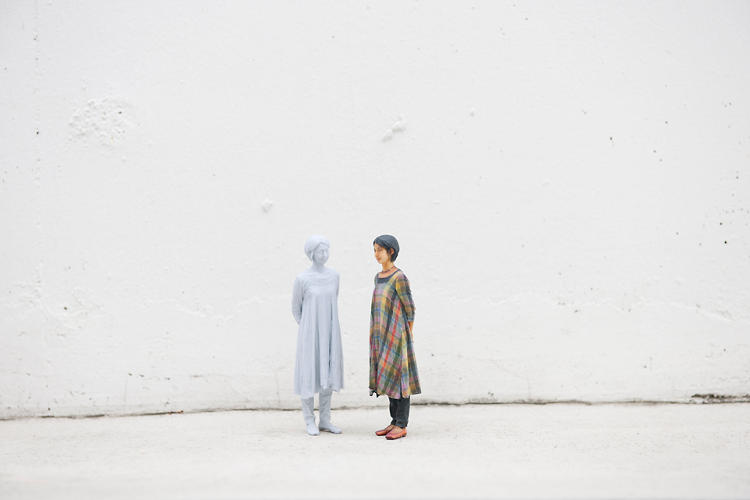 “Look Daddy, I think it’s making a building!” a wide-eyed little girl cried out, her face lit by the glow of the MakerBot Replicator 2 printer, which was oozing out a thin filament of red plastic to form the 60th floor on a model of the Empire State Building. Just five years ago, machines that could take a computer file and turn it into an actual object were bulky and expensive, even for large manufacturers. Now, about 40 people were crammed into MakerBot Industries’ tiny downtown New York City store on a snowy Saturday afternoon to take home the latest desktop printer for about the cost of a high-end laptop computer. “It’s unbelievable,” says Andrea Markham, a schoolteacher from New Jersey, who had brought her two kids along to show them how a MakerBot works. “This is going to change everything.”

3-D printing has fired up the public’s imagination like no other existing technology. President Obama mentioned it in his recent State of the Union address, and then, a month later, former presidential candidate Newt Gingrich gave it his bipartisan blessing. With designers liberated from the constraints of conventional manufacturing processes, tchotchkes and ornaments of every convoluted shape possible are now available for sale on the Internet. From the clothes on our backs to a building on the moon—not to mention gun parts—it seems like anything can be 3-D printed. But even as we gawk at the plastic trinkets that come from the MakerBot, a quiet revolution has already taken place in design and manufacturing, right under our noses.

For a start, more sophisticated versions of the technology are irrevocably changing the design process. In 1999, when SHoP Architects was working on New York’s Museum of Sex, the only 3-D printing process available was stereolithography—a messy, expensive method in which a light-sensitive liquid is turned into solid shapes by an ultraviolet beam. Even so, the firm was an early adopter. “We had a friend out in California who had access to a machine,” says Chris Sharples, one of the firm’s principals. “We emailed the model files out to him, he FedExed the pieces back to us, and we put it together in the office. That model is now in the Museum of Modern Art.”

When prices for printers fell and leasing options became available, SHoP invested in its first in-house 3-D printer in 2004. This finally opened the fabrication shop to the rest of the architecture office, and transformed how the architects worked. “A lot of the people who use the printers are the designers,” Sharples says. “We don’t hand it off to a modeler; it’s the team working on the project that develops the 3-D print.” The architects now work in an iterative loop that Sharples calls “versioning,” rapidly moving between the design on the screen and the prototype, using this process to determine not just the larger form but also minute construction details. Add parametric software to the mix, and designers can now deal with high complexity at an unimaginable pace.

“The most important change in 3-D printing in the last decade has been in the range of materials, and the technology that allows machines to use them,” says Randy Verhasselt, who manages the shop at Herman Miller. When the company started using rapid prototyping for its product-development process, the printed parts were fragile and only useful in making formal decisions. But today, the range of materials that can be 3-D printed is mindboggling. Low-cost desktop printers originally ran with non-biodegradable ABS plastic; the MakerBot Replicator 2 can now also use compostable and recyclable Polylactic Acid (PLA). Meanwhile, service providers such as Shapeways and i.materialise can print in steel, silver, gold, and ceramics­—in addition to plastics and nylon in multiple colors. At Herman Miller, this broad palette has meant that crucial joinery details—such as hinges and fasteners—can be prototyped at a low cost. “Typically we work with our engineers during the day, and we load our machine up at night,” Verhasselt says. “And we will have parts the next morning—functional parts that they can snap together and do whatever they want to do.”

3-D printing has already become indispensible to manufacturers who are trying to bring products to the market as quickly and cheaply as possible. “We’ve just launched a new chair called Gesture, and for the past year, we’ve been printing parts to test their feasibility and viability,” says Bruce Smith, Steelcase’s design director for global seating and surface materials. “Honestly, I don’t think the chair would have ever come to be if it weren’t for this technology. The time that it would have taken to resolve details would have been too long, the costs would have been too high, and the risks would have been too great.”

But can the technology be used to create anything more than prototypes? For the last couple of years, the only 3-D printed products available to consumers have been small items manufactured in small numbers, like the intricate jewelry and lamps produced by MIT alumni Jessica Rosenkrantz and Jesse Louis-Rosenberg at their studio, Nervous System. The most that larger-scale manufacturers have been able to do is to 3-D print a master part for mass production. “We have printers called Thermojet and Project, and they can actually grow the product in wax,” says Christian Nickum, the CEO of Rocky Mountain Hardware, which produces bronze architectural fittings. “We are able to take that wax form and go directly into investment casting, [a process in which hot liquid metal melts out the wax in a mold and takes its shape].”

Two months ago a breakthrough occurred, when Nike became the first mass manufacturer to offer a product with a 3-D printed component. The new Nike Vapor Laser Talon has a complex form on the sole that is specifically designed to grip soccer turf and is made using Selective Laser Sintering, wherein a high-energy beam fuses plastic particles to form a solid shape. Soon after, Wired.com reported that another shoe manufacturer, New Balance, had 3-D printed a high-performance shoe to specifically fit its contracted athlete, runner Jack Bolas. These two ideas—mass 3-D printing and precise customization—are certain to have profound repercussions for manufacturing. Steelcase’s design director feels that eventually, his own industry will have to respond. “I think of many of the products that we offer today,” Smith says, “and there’s an opportunity in almost everything that we do to customize it to some extent for the individual consumer.”

The big problem, of course, is that those same individuals might soon have increasingly sophisticated 3-D printers at home. Last year, for the first time, the number of printers sold directly to American consumers far outstripped the number of printers sold for commercial purposes. Apart from MakerBot Industries, several large 3-D printing companies have released their own desktop printers. Industry pioneer 3D Systems already sells a colorful, diminutive printer called Cube for $1,299; at the Consumer Electronics Show in Las Vegas this year it launched a more powerful model, the CubeX, which can print in multiple colors, can combine two different materials in one model, and retails for $3,999—about a tenth of the cost of an industrial-size 3-D printer.

The Ford Motor Company is preparing for the eventuality that 3-D printing will go the way of desktop computing. The automaker’s recently established Silicon Valley Lab is using 3-D printers to quickly develop new automotive parts, but the initiative has a twist. “From idea to prototype is a six-week process,” says the research engineer Dave Evans. “Then everything we do, all the design files, are released to the public, so that they can modify them or print them to suit themselves.” Ford calls this experiment in customization the Open XC platform. “We’re saying, ‘How can we make the interior of a car more modular?’” Evans says. “So if you have a 2005 F-150, how can you use technology so that you can make it feel like a 2013 F-150? Lots of customers like to put extra gauges on their dashboard, so we’re creating gauges that you can just print off your desktop and insert into your car.”

Ford’s Open XC is only the latest addition to a large number of sites that already offer 3-D printing files that can be downloaded at no cost, or for a minimal fee. Ultimately, these sites of exchange might bring about the most enduring cultural change to be wrought by 3-D printing: the democratization of making. On MakerBot’s site, Thingiverse.com, or on the Shapeways online community, users are not just uploading and downloading files for 3-D printing, they’re modifying and enhancing each other’s designs. Printable headphones or camera tripod designs go through several iterations in the hands of different anonymous users. Whether this small burst of communal creativity will mean more ergonomic gadgets (or more efficient guns) remains to be seen. So far all this has been going beyond the reach of the copyright lawyers, but as big industry and the government grow increasingly interested in 3-D printing, a Napster-style crackdown might well be on the horizon.

Nevertheless, the renewed interest in making might be just the boost that lagging local manufacturing sectors need. MakerBot’s Brooklyn roots have become a source of pride for New York City, and last September Shapeways signed a lease on a 25,000-square-foot Factory of the Future in Long Island City that will house 30–50 industrial-size 3-D printers. “This city was built on manufacturing,” SHoP Architects’ Sharples says. “The idea of these machines, operating in these old factory buildings, is very exciting. It really could become a huge, huge asset in developing a new manufacturing base in the city.” The new technology has become inextricably linked to a much wider aspiration for an American resurgence, and a renaissance in American creativity.

Since last year, the design store at MoMA has added its considerable cultural heft to the cause of 3-D printing by choosing to retail the MakerBot Replicator 2 as part of its Destination: New York collection. The fact that the machine is manufactured in the U.S. was a factor, but Emmanuel Plat, the director of merchandising for MoMA retail, is quick to point out that the decision to sell MakerBots is the museum’s way of acknowledging an international phenomenon. “Whether you’re in Japan, in Europe, or in the U.S., 3-D printing is happening everywhere. We want to be part of that,” Plat says. “There might be some issues in terms of ethics and copyright, but every technology has a before-and-after story. There is no doubt that this tool will be in the hands of everyone—the creative community, and the general public. There’s just no turning back.”