The Park Avenue Armory is a strange beast. Its front half is formed by a series of sumptuous salons fit for a Bourbon hunting lodge—familiar enough phenomenon on Park Avenue. Except onto these royal apartments have been grafted a monster-sized industrial shed. Together, the two halves form a kind architectural griffin or sphinx: half Fontainebleau and half Gare de Lyon. When I stepped into its vast main hall for the first time a few weeks ago, it seemed I’d left Manhattan and moved into an imaginary realm—one that brazenly flouted received taxonomies.

Built for the Seventh Regiment of the National Guard between 1877 and 1881, the armory in fact began its life as hybrid creature. On one hand, the 55,000-square-foot, iron truss hall served genuinely military purposes. Yet unlike any other armory in the United States, it was built entirely with private funds. For their money, big donors like John Jacob Astor and William H. Vanderbilt also wanted an over-the-top gentleman’s club, with soaring rooms by American Aesthetic masters like Tiffany and the Herter Brothers.

These days, Park Avenue’s sui generis castle serves as a rarefied habitat for art that, itself, defies conventional categories. At its inaugural event in 2007, the rebranded Park Avenue Armory invited Aaron Young to create a mammoth action painting—with motorcycles. The highlight of the 2013 season was Robert Wilson’s un-categorizable “The Life and Death of Marina Abramović.” 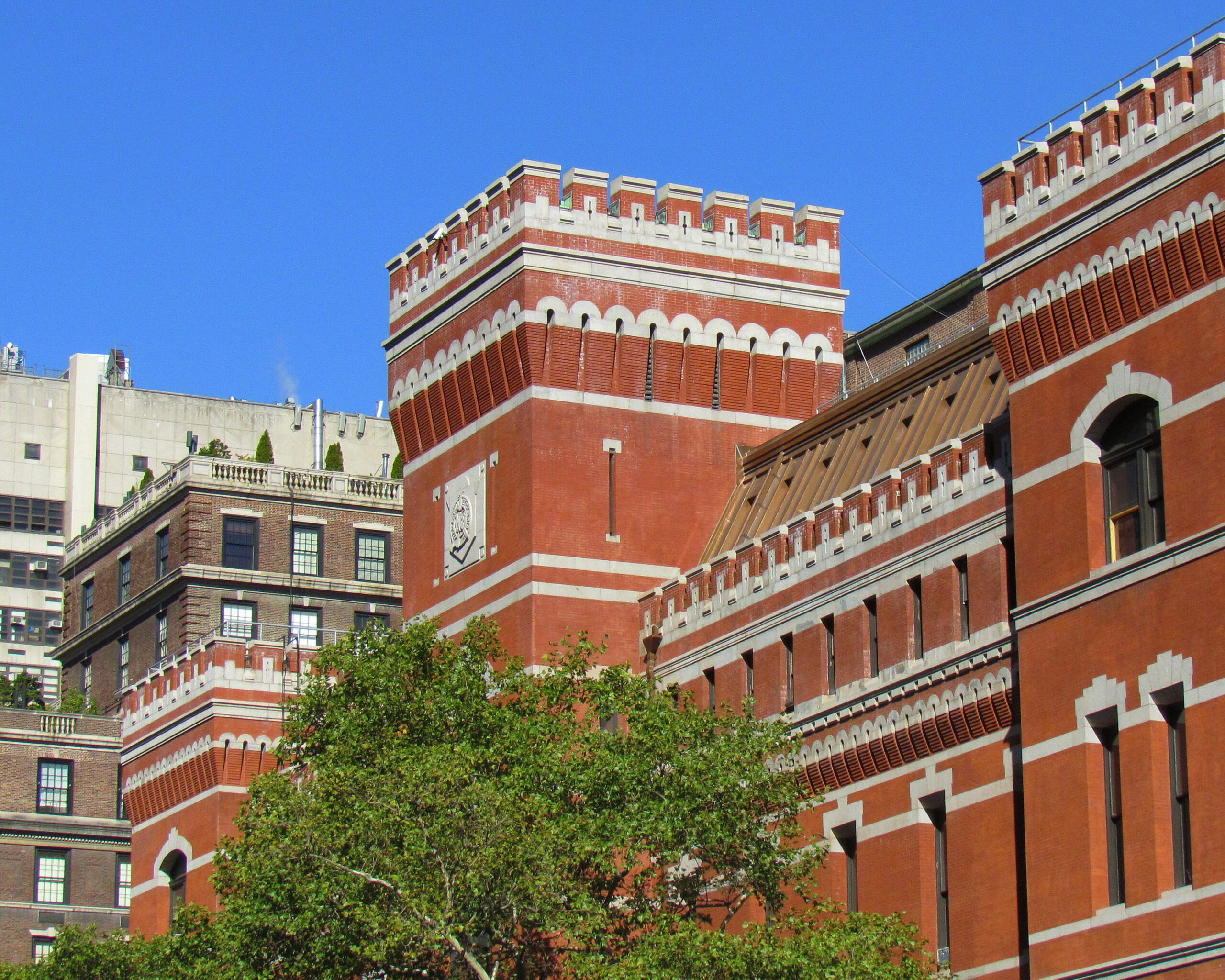 To both restore and re-imagine the Gilded Age relic, the Park Avenue Armory hired Herzog & de Meuron and New York-based Platt Bayard Dovell White Architects. A $200 million, multi-year effort, they are working to return the building as much possible to its original state. At the same time, subtle contemporary interventions underscore the building’s new mission. “Each historic room is very distinct and each has to be treated individually. Every corner raises new questions with many nuances between reconstruction, restoration, renovation, and simulation,” write Herzog & de Meuron.

The latest fruit of their effort: the Board of Officers room by the Herter Brothers. Its wainscot walls and soaring Doric columns bespeak masculine, neo-classical restraint. But a closer look reveals distinctly unmilitary elements, like a pinkish frieze, cozily golden ceiling, and delicate flower motifs–all of which endow the cavernous space with an uncanny intimacy.

Meanwhile, invisible interventions, including a concert hall-grade HVAC and sound-proof doors and windows, have made it an ideal ground for live performance, or as the Armory calls it a “cultural saloon,” beginning with a new recital series this fall. Besides all the painstaking restoration, close inspection also reveals sensitive contemporary flourishes, including new chain mail curtains, etched glass windows, and hand-blown glass fixtures that mimics the light from 19th-century gas-powered chandeliers. 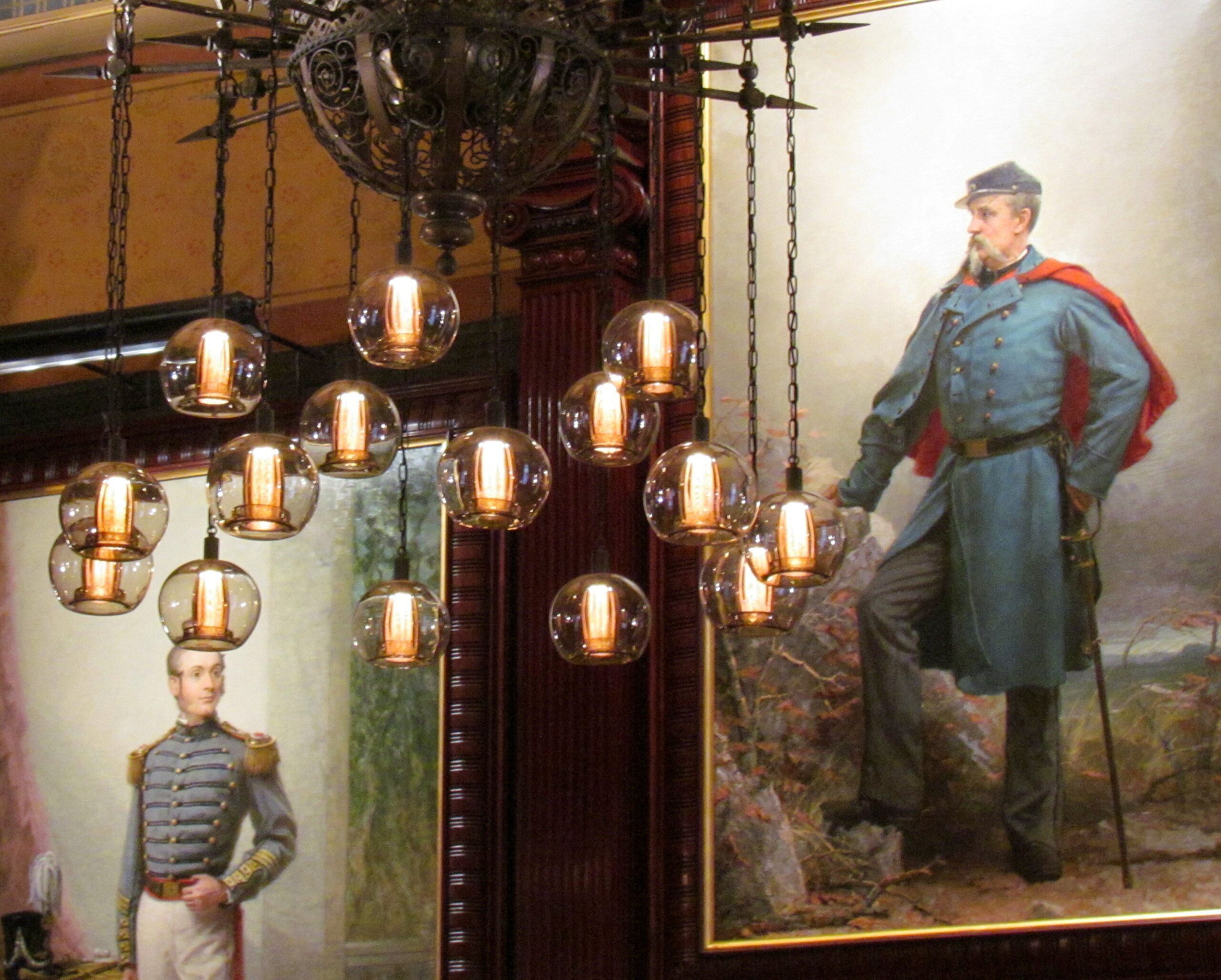 On the afternoon I visited, operatic soprano Lauren Flanigan gave living proof of the room’s extraordinary acoustics. Dubbed “the thinking man’s diva” and a favorite of contemporary composers, Flanigan chose to sing little-known works by Kurt Weill. Her voice, together with Weill’s music, were the perfect litmus test for the newly reopened room. On one hand, she explored Weill’s haunting textures and sonic ambiguity with great delicacy, forging a powerful sense of intimacy with her audience. At the same time, the pure might of her voice set the Herter Brothers’s delicate plasterwork buzzing, bringing uproarious new life to the venerable old room.

Robert Landon writes about architecture, design and the arts and their social functions in the contemporary world. His work has appeared in the Brooklyn Rail, Dwell, the Los Angeles Timesand many other publications. For more info, please visit www.robert-landon.com.