In a Hostile Context, How Can We Save Brutalist Buildings?

Holyoke Center, Harvard University (Josep Lluis Sert, completed 1961)Courtesy Bruner/Cott More from Metropolis Modernist buildings have been under attack in the U.S. for years now. We’re reminded of this fact every day as our team at Bruner/Cott & Associates works to keep an entire period of architecture from being lost in Boston, our hometown.News of […]

Modernist buildings have been under attack in the U.S. for years now. We’re reminded of this fact every day as our team at Bruner/Cott & Associates works to keep an entire period of architecture from being lost in Boston, our hometown.

News of the recent thwarted attempt—for the moment, at least—to demolish Paul Rudolph’s Brutalist masterwork, the Orange County Government Center in Goshen, New York, underscored for us the fact that important works of mid-twentieth century modern building design is, often, only one vote away from oblivion. We consider ourselves pioneers in adaptive use and aficionados of modernism, so we understand the plusses and minuses of these buildings and how to turn them to current user advantage. And so for us, this trend toward destruction is particularly painful to watch.

For the past quarter of a century, we have worked to repair, enhance, and extend the use of this architecture, trying to, in our own way, stem the tide of threat. But the reasons for this tendency to destroy modernism are abundantly clear to us.

It’s obvious that Americans have never loved modern architecture in the same way we adore attempts at twentieth century colonial or Georgian revival. So, we are more apt to want to remove modernism rather than repair it. In addition to our emotional difficulties with protecting good mid-twentieth century buildings, there are also technical difficulties. But most people don’t stop to intellectualize these—they just find most of these buildings unsightly and ugly.

In this hostile context, as these buildings age or deteriorate from lack of maintenance, it becomes easy to argue for their removal. We have found this to be particularly evident with cast-in-place or pre-cast concrete buildings of the 1960s and 70s. Informed by the architectural press, an unconvinced public hurls back the term “Brutalist” as if it were an enemy weapon. 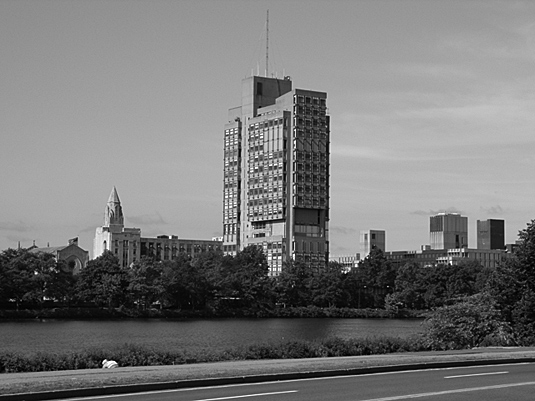 Examples of Brutalist design are present throughout most of our fifty states, but it is in New England and particularly in Boston, where these aggressive concrete buildings are sufficiently plentiful to be considered a local vernacular. Outstanding examples of this muscular style abound throughout the city, touching all people in walks of life. Public sector exemplars include Kallmann McKinnell & Knowles’s (now Kallmann McKinnell & Wood, or KMW) Boston City Hall (1969), Paul Rudolph’s incomplete Erich Lindemann Mental Health Center (1966-1971), and the I.M.Pei /Araldo Cossutta Christian Science Center (1968-1974). MIT has early examples of related buildings by Pei and Eduardo Catalano. Josep Lluis Sert’s work is prominent at Boston University, Harvard, and MIT. At Boston University, Sert’s five-building central campus group, begun in 1962, with its School of Law, Law Library, and undergraduate commons, continues to be the iconic visual marker for its campus along the Charles River. Harvard has four major Sert buildings: Holyoke Center (1958-1965), the Undergraduate Science Center (1969-1972), the Center for the Study of World Religions (1959-1961), and the Peabody Terrace Apartments (1962–64). We have worked on or will be working on three of these projects. 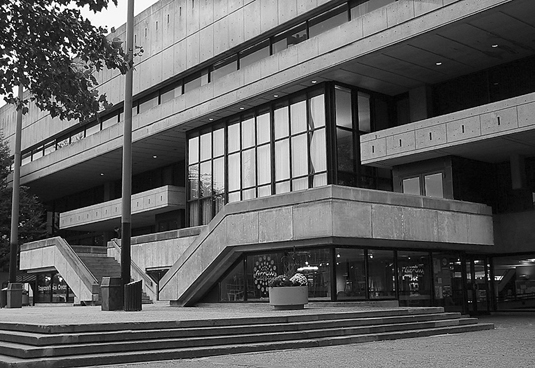 Comparable but derivative building designs began to proliferate and remained popular throughout the 1960s and ’70s in our city and beyond. These buildings are now approaching their senior years, and most are showing problems that are judged or misjudged as being difficult and costly to mitigate. The repair and maintenance of mid-twentieth century architecture produces difficult and worsening problems for owners and users of its major buildings nationwide. Masonry and concrete deterioration, un-insulated curtain walls, glazing failures, and vulnerability to rocketing energy costs are characteristic shortcomings of this generation of modern buildings. Structural concrete has its own accelerating inventory of difficulties. Ineffective exterior envelope designs and construction has resulted in poor thermal performance, unsustainable levels of energy consumption, and reduced occupant comfort.

As they approach fifty years of age, many of these buildings are being judged worthy of pristine preservation, making the acceptable solutions of today less condoned. One certain outcome is that the preservation criteria that were appropriate for craft-laden buildings of the eighteenth and nineteenth centuries need to be carefully re-evaluated for their mid-century modern successors.

Henry Moss, AIA, LEED, is a preservation expert and principal at the firm.