How It Was Made: The 2013 Game Changers Award

Winning an award should be in and of itself good enough, but the satisfaction of the win inevitably deflates when you’re stuck with a plastic trophy to put on your desk. That was not the case when our Game Changers received their Corian, laser-engraved, geometric trophies by Tietz-Baccon at this year’s Game Changers awards ceremony. The awards presented at the ceremony were custom designed, assembled, and graciously donated by the digital fabricators, based out of Long Island City. They were laser-carved out of Corian, with the seven sides of each award carved simultaneously. Their heptadronal shape allows for each model to sit on any side. Put together, they create an entirely different symphony of shapes and capture the spirit of our Game Changers. 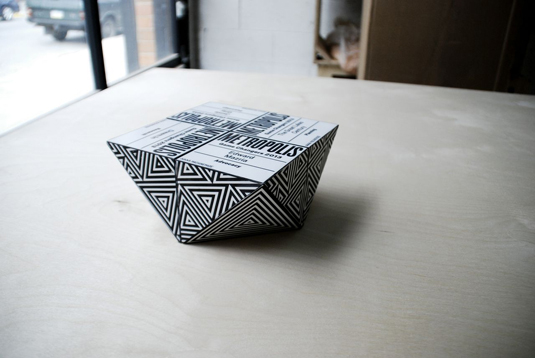 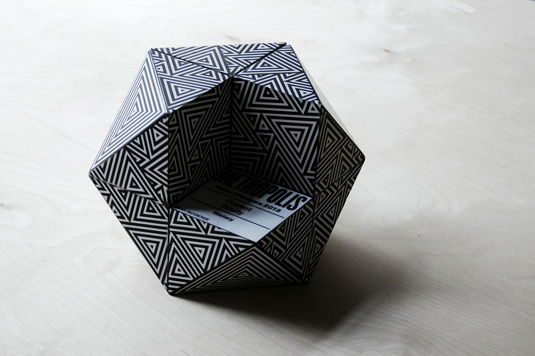 The form of the awards was a take on the equilateral triangle, inspired by the graphics in Metropolis’s January 2013 issue. These triangles were aggregated into hexagons; in a “sort of Voltron-ish” style, say the fabricators. They thought of the 3D form as a discrete object that could be aggregated in an interesting way. Initially, the Tietz-Baccon team was thinking about the cube as the aggregate form, with its geometric double, an octahedron, inscribed within it. Then, while working on their third sketch models, the fabricators realized that the most rewarding forms are when the pieces can be oriented in a number of ways on their own as well as within an aggregate. This approach was also in line with a product line currently under development by Tietz-Baccon. “We were able to learn a lot from producing these objects,” said co-founder Andrew Baccon. “It’s always good to be able to tackle something that just needs to function as an object, since the process can really zero-in on the process of making.” 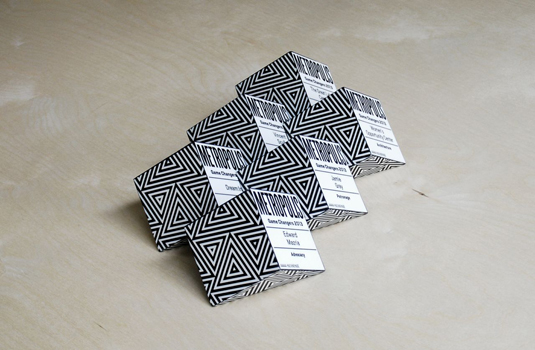