Do you ever wonder how another person does what you love doing? As a photographer, trained in architecture, I do. So when I get a chance to talk to a person who’s as turned on by cities, structures, and details, I grab the first chance I get a conversation going.  Meeting fellow photographer Heike Buelau, known for expressing herself through capturing the poetic aspect of our constructed environment, was like meeting a kindred spirit. As I was to find out, we share some aesthetic sensibilities, but how she arrives at her vision is completely her own. 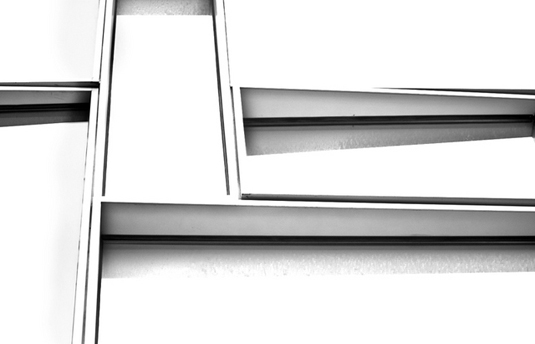 With training in classical operatic singing, the German born Heike brings a sound/musical sensibility to her photography, framing every shot she takes, brining to the appreciation of the city and buildings a special flair. Used to the language of rhythmic tempo, the pauses, the piano forte, the crescendos, Buelau visually re-interprets the city as if composing a piece for chamber music: gentle, subtle, every note essential, regardless of how simple. In a temporary hiatus from the U.S., with her a new show opening in Torino, Italy–as she was preparing the imagery she created while exploring new horizons, sights, cityscapes in the Far East, from Dubai to Abu Dabi and Kuwait–I caught up with Heike and asked her to elaborate on her views on architecture, art, and the Dubai urbanscape. 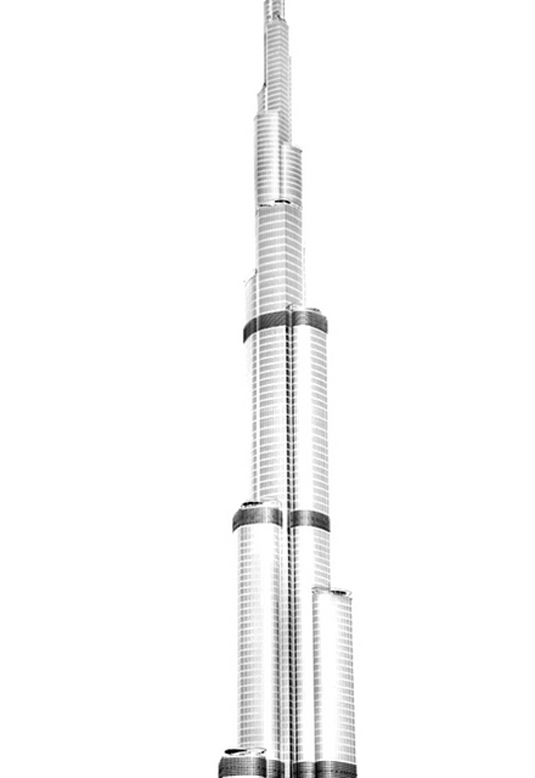 Paul Clemence: What catches your eyes as you navigate the city? Heike Buelau: Detail, small, hidden, largely undetected detail. PC: You talk about silence a lot, how you value it….Amidst the urban chaos, how do you find it? HB: This question ties beautifully into the first. To me a moment of silence is a moment in which I get to experience a pause from the constant influx of imagery and information in daily life, which generally sets off a never ending and unwanted noise in my mind. I have come to find that pause, that silence more and more in the detail of things and structures. The more I close in on the finest feature of a particular building, for example, the more I get drawn into its absolute beauty. Subsequently this results in that magical moment of silence. A moment of having discovered something in which all else gets shut out. All that exists to me at that point is the creative genius of the architect and my very own response to it. 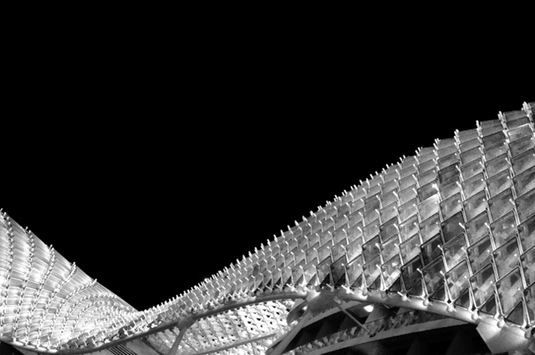 PC: Are there specifics architects that appeal to you and your vision/approach? HB: On the one hand I tend to find interest in a very wide range of contemporary architects, yet I cannot deny having my favorites. Those who make my heart beat faster and will make me cry if my camera’s battery is empty when I’m near one of their masterworks…mostly probably Wright and Hadid, but very close behind come Nouvel, Ando, Piano, Mayne and many more. 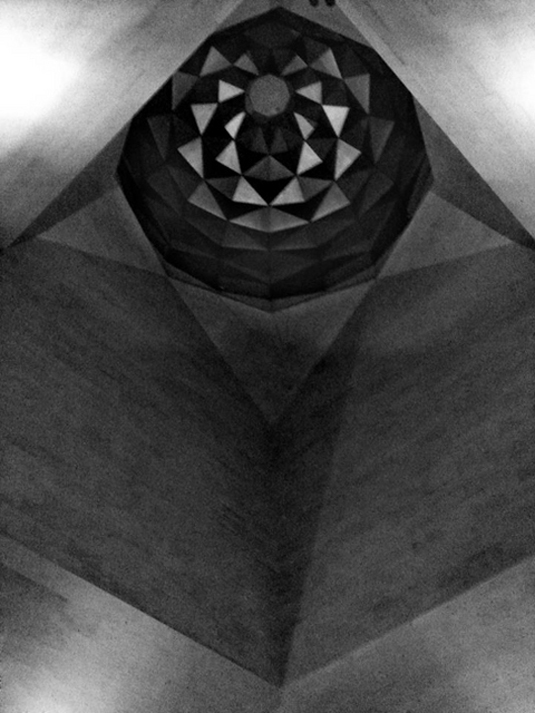 PC: You once said that “Architecture in its entire process IS art.” Would you elaborate more on this? HB: When I saw Wright’s drawings for the first time in my life they left me not only impressed but also deeply touched by their profound artistry. Having always been drawn to architecture in an unusually strong way, it was that moment which gave me an answer as to why. Architecture, I realized, is a form of art, which exactly through its need for functionality has a place of majesty amongst the art forms for there is and will always be a necessity for it. Art to me is as important to human kind as is basic nutrition. It is proven over and over to be the only way of breaking barriers, inspiring communication, dialog, and exchange where so much else has failed. However it is still a domain that, in so many places on Earth, is still unattainable to the average masses. Architecture, instead, is the one and only form of art which reaches everyone on a daily basis, rich or poor, white or black, in China or India or Brazil, people’s daily lives are changed with a new building constructed in their respective communities or cities, even with moderate means for creativity. Beauty enters their existences. Lives get better. 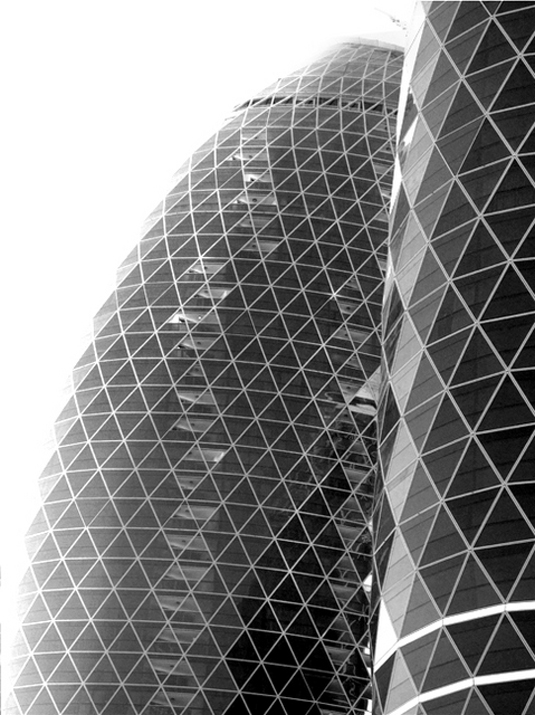 PC: You say architecture is more and more an art form. How do you see the balance between that and the pragmatic and functional side of it? HB: That statement comes simply from observations on my part…maybe it means that today’s architects are increasingly genius in their capacity to push their boundaries: the integration of sustainably-sound buildings with constantly innovative design, combining the known with the unknown in a way we have never seen before (like New York’s Highline), touching ‘old’, ‘passe’ materials, working them into new concepts (like Polshek’s Standard Hotel in NY, Ando’s various concrete structures taking us back to the 50/60’s Brutalist movement, but with a new lightness ) and simply the completely new, never before seen yet perfectly functional (like Shigeru Ban’s metal shutter house in Chelsea). 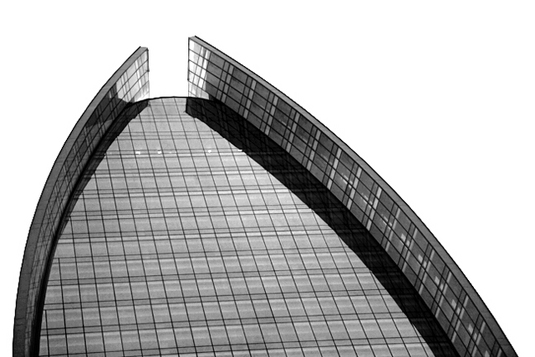 PC: Talk about the Dubai series you have developed. HB: As I approach a particular city I like to spend some time and get to know it before starting to shoot its architecture. In Dubai I was particularly curious, given its monumental status in the global architectural sphere…my expectations, as much as I like to keep them at a minimum, were sky high in the best sense of the word and by no means disappointed. Yet, the more my eye took in the majesty, the more it also got, at the same time, an odd sense of fragility. The reality of a city built on sand. A reality that added onto the beauty, which led me to ultimately shoot some quite unknown structures as well as the obvious ones, simply because every building in its modern detail started having an impact on me, erected right there in the desert. 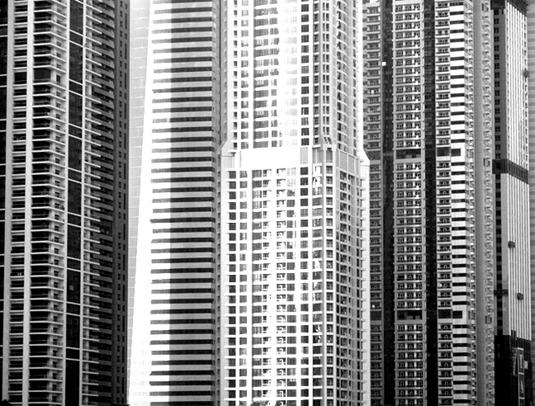 Some of the images from the Dubai Series will be on display in Heike Buelau’s solo show, “The Challenge of Silence / Inexorable…Irresistible”, opening January 31st and on view through February 15nd, at the Spaziobianco Gallery in Torino, Italy.

Paul Clemence is an award-winning photographer whose work is part of many collections, including the Mies van der Rohe Archives and housed by MoMA, New York.  He exhibits both in the U.S. and on the international fine art circuit, from classic B & W prints to large scale photo installations. A published author, his work can also be seen in major design and lifestyle publications. His “Architecture Photography” Facebook page receives over half a million hits monthly. Photographs by Heike Buelau.