Inside the Homes and Workspaces of 8 Great Architects

Curator Francesca Molteni interviewed each of the designers in their private homes and came away with one finding: architects are actually quite tidy. The studios are all pristinely ordered; books are neatly stowed away, figurines and objets astutely displayed, and table tops swept clean. The photographs below are part of the exhibition materials, produced with the help of scenographer Davide Pizzigoni, which faithfully document the physical environments in images, video, and audio. These will be used to recreate the architects’ “rooms” at Salone del Mobile in April.

Where Architects Live is not limited to satisfying our curiosity about what these architects’ homes look like. Richard Rogers’ affirmation that “a room is the beginning of a city” resonates with the project’s aim in trying to articulate its subjects’ personal tastes and obsessions, and how those are reflected in their architectural work. 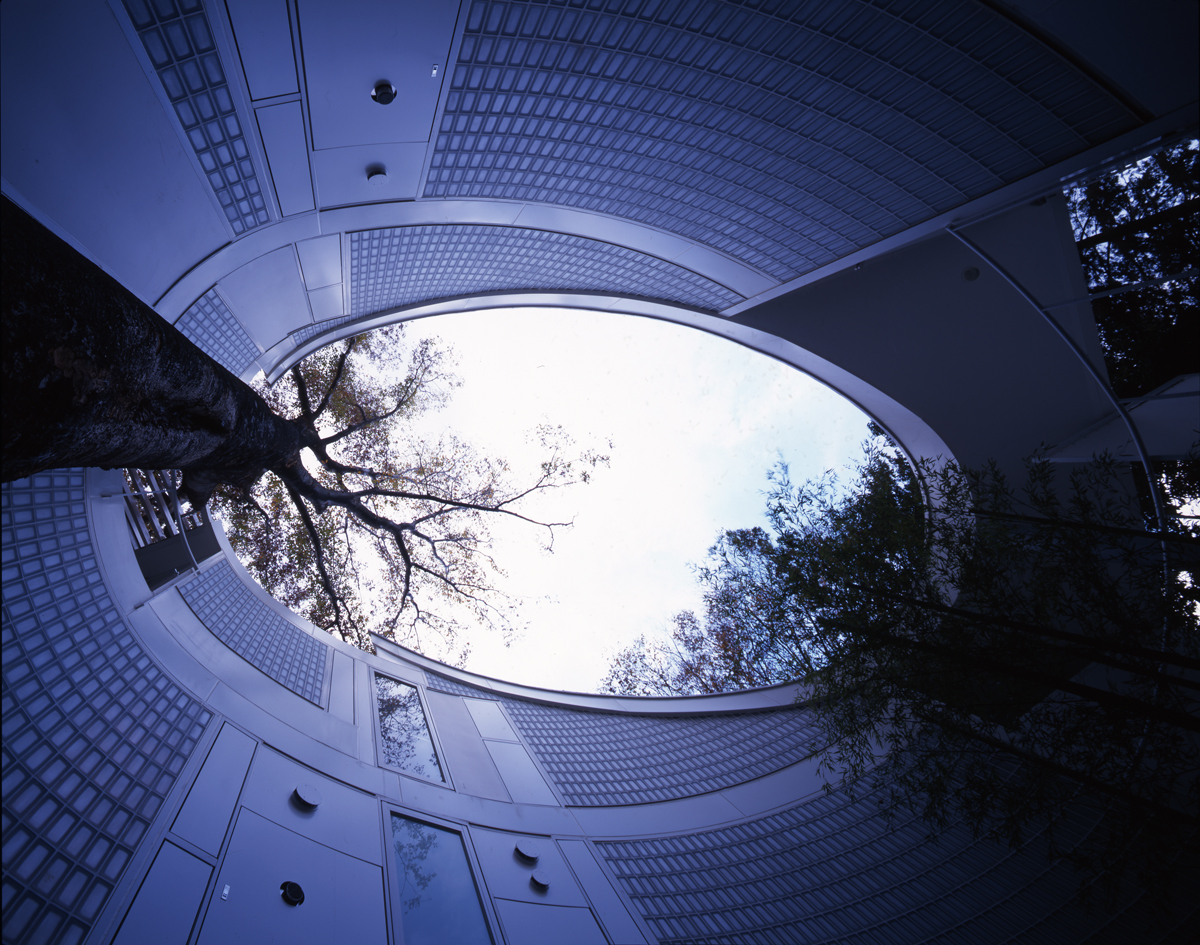 Ban completed his current home, situated in Tokyo’s Hangei Forest district, in 2007. “The challenge,” Molteni writes, “was to avoid pulling down a single tree in the forest and to build a house around them.” The house is riddled with ovoid-shaped cutouts which help to accomplish this goal, while also letting in generous amount of daylight and views. Ban’s working area consists of a few evocative objects: a round table, a Terragni chair, a Greek bust, all set against a massive column of light. As Molteni concludes, “a Zen monk’s room.” 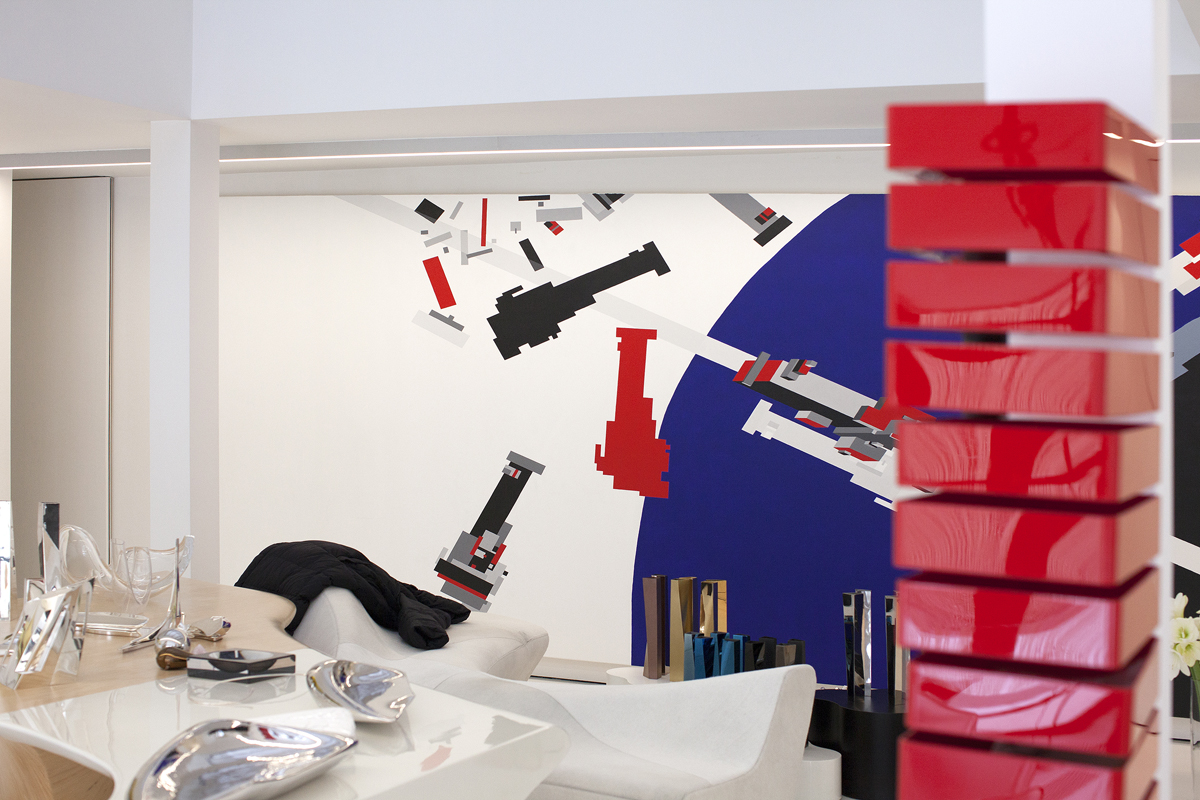 Zaha Hadid’s London studio is filled with works that span the entirety of the architect’s storied career. On the backwall are Hadid’s early-period neo-Suprematist drawings, which take their cues from revolutionary Soviet formalists like El Lissitzky and Malevich; opposite them are more recent works highlighting ZHA’s curvaceous, parametric turn of the last several years. 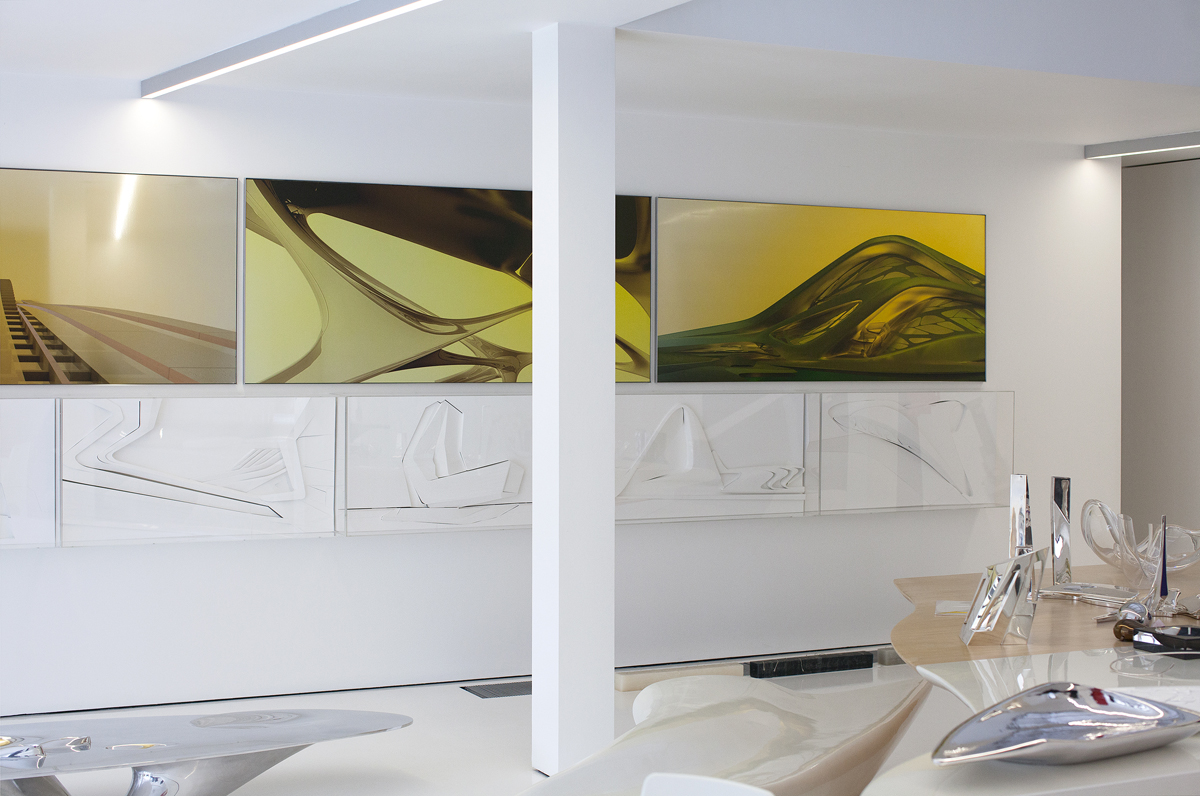 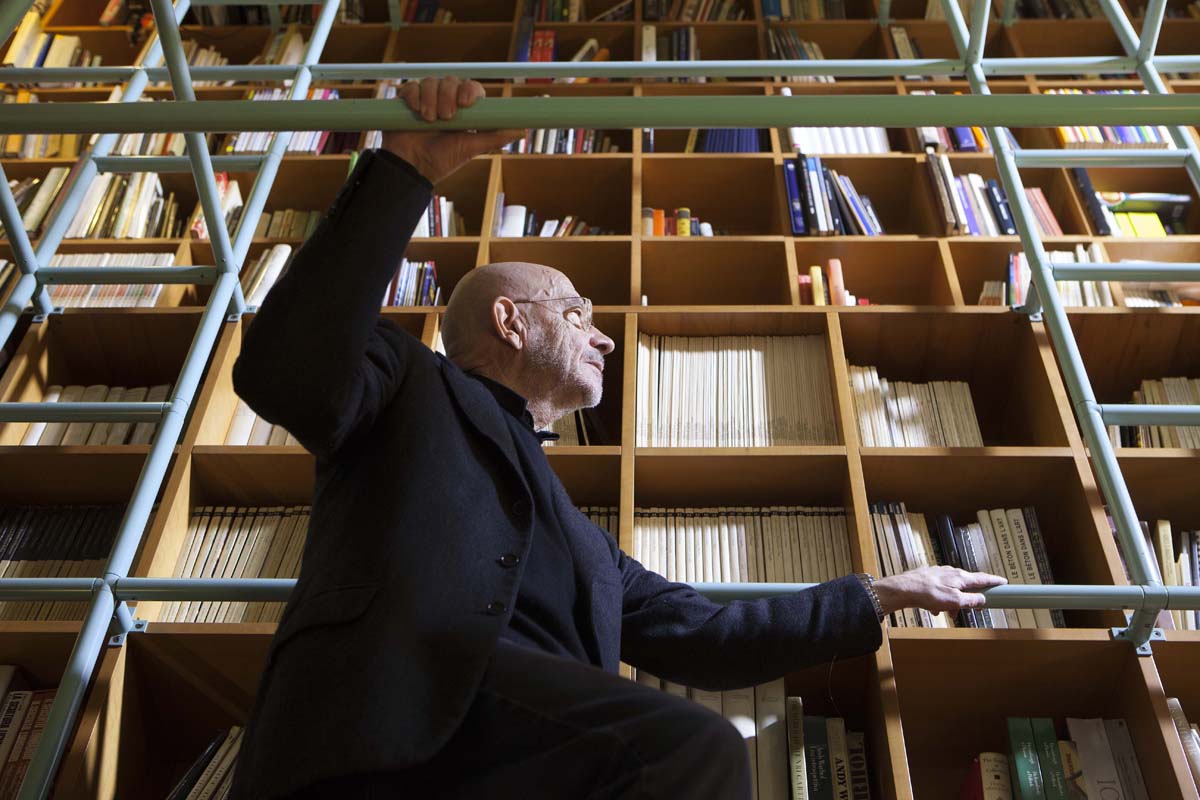 Like his other peers, the Milan architect Mario Bellini loves books. His home revolves around a 9-meter-tall library, to which is fastened a scaffold-like system containing a staircase. According to Molteni, “the books, artworks and objects make it reminiscent of Antonello da Messina’s painting of St. Jerome’s study.” The library aside, colorful abstract murals enliven the space and clash wonderfully with the home’s period details. 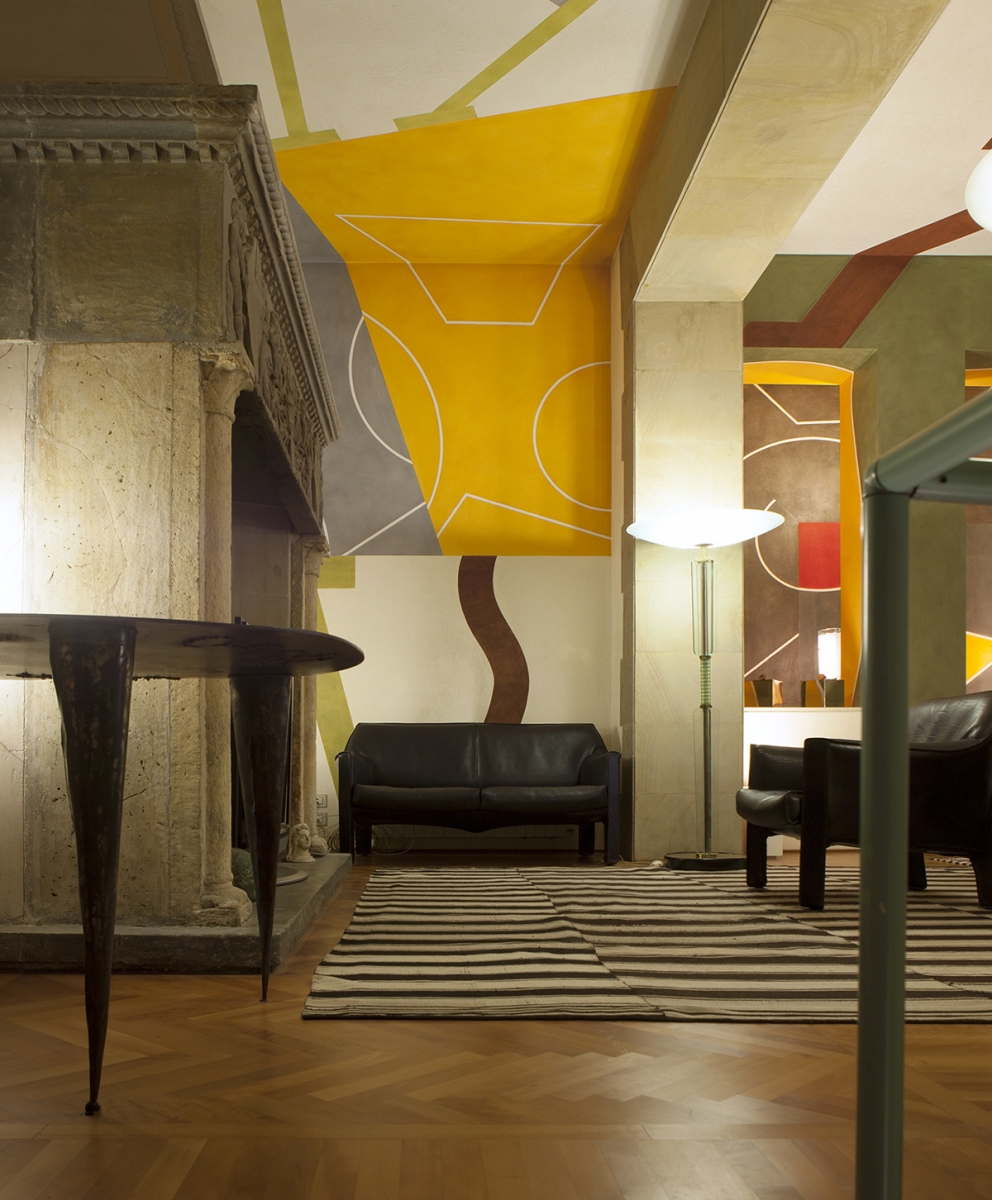 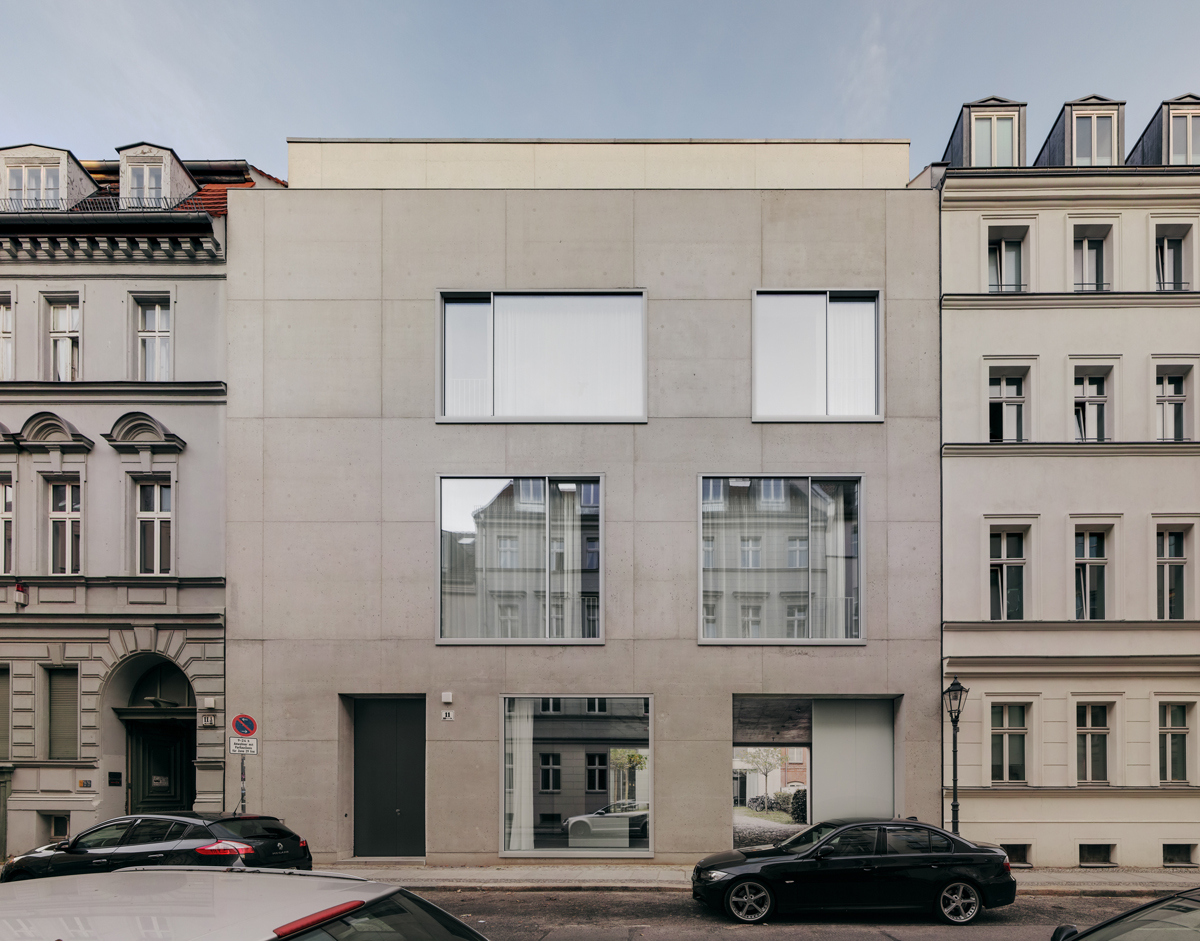 The British architect David Chipperfield relocated to Berlin after accepting the job to restore and rebuild the Neues Museum. (The project was completed in 2008, but Chipperfield stayed on in the German capital). He and his studio reside in a three-story concrete house that faces a semi-public courtyard containing a canteen Chipperfield designed for locals. The interiors’ austere concrete walls are counterbalanced by two colors, Molteni says, represented by “[t]he green of a velvet sofa and the orange of a bookcase that divides the space between the kitchen and the sitting room.” 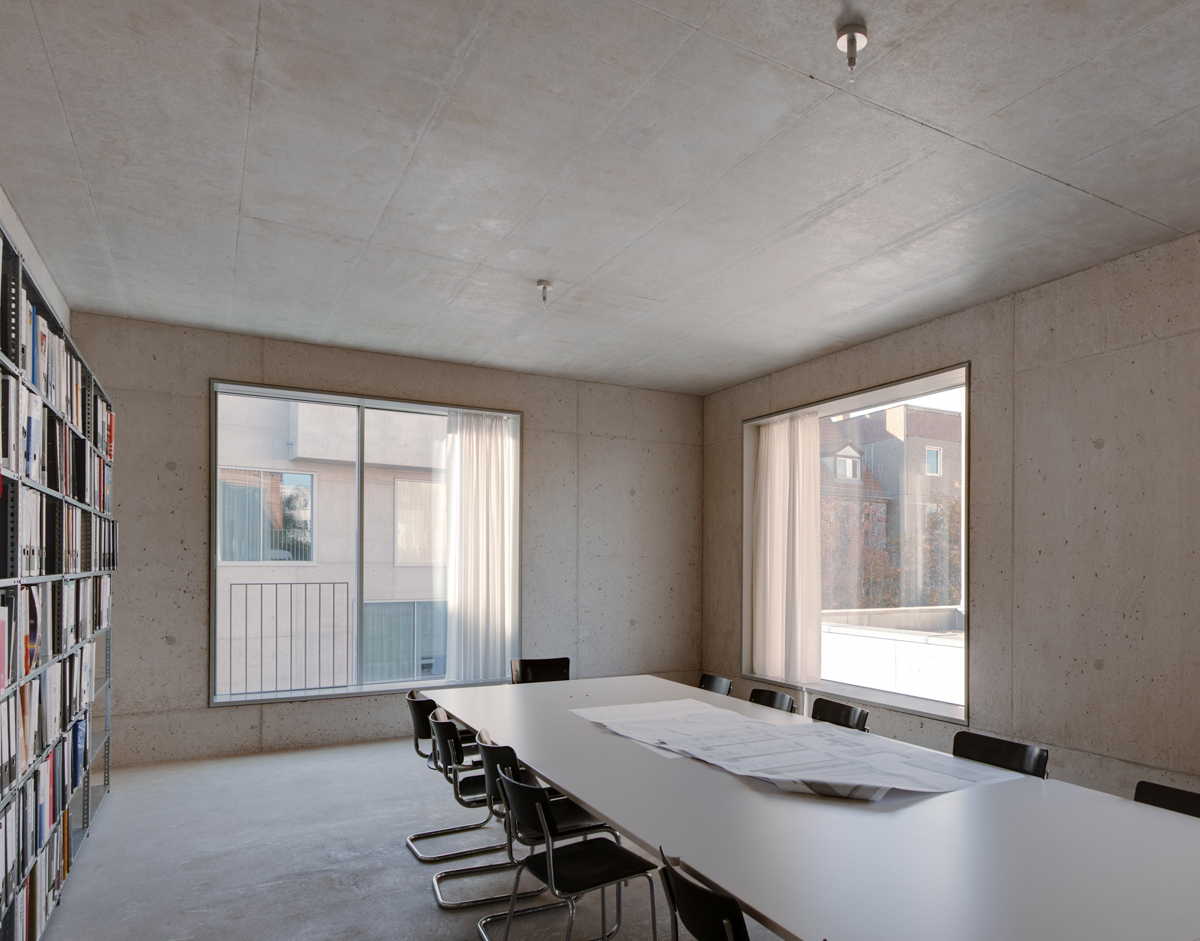 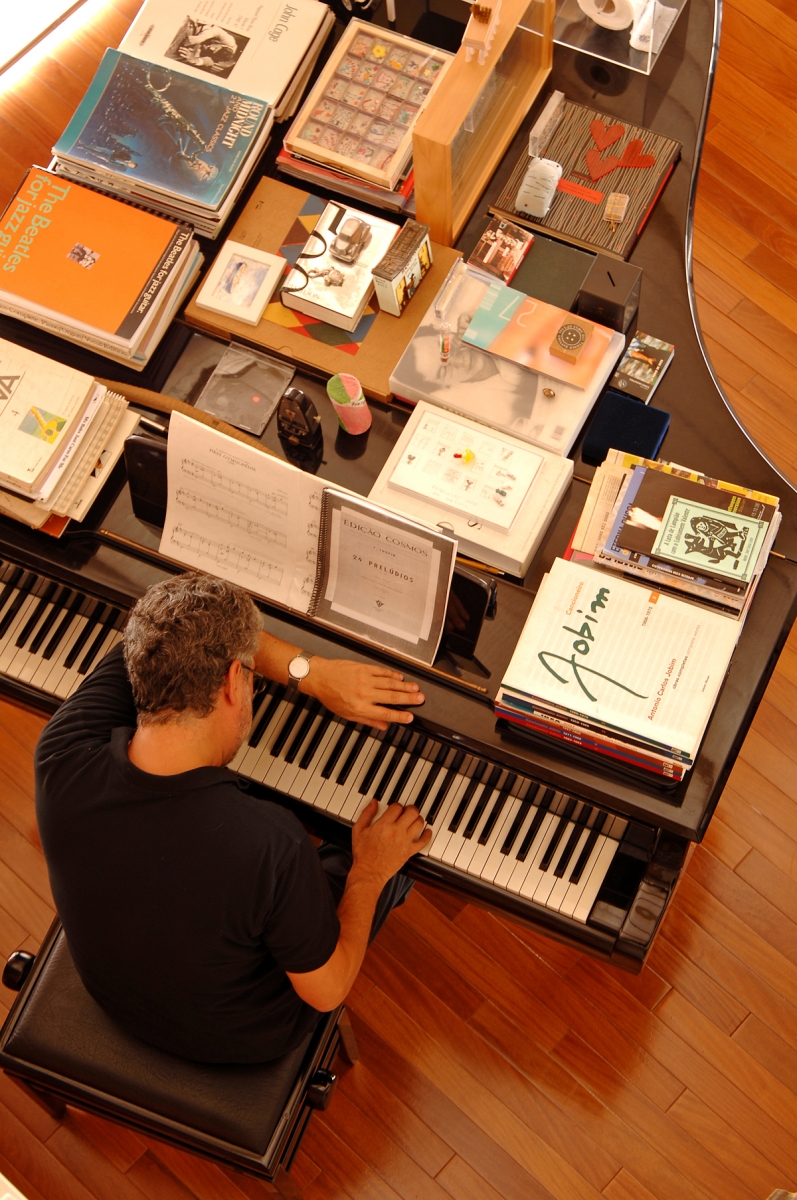 Brazilian architect and Studio MK27 principal Marcio Kogan lives on the 12th floor of a residential building of his own design. “[The] house shoots up towards the sky, reflecting the bright, free spaces of Brazil,” Molteni says. Looking inwards, Kogan’s apartment is filled with eccentricities. A grand piano in the center of the room functions partly as a coffee table, while shelves and wallspace are covered with artfully posed souvenirs, toys, trinkets, and other ephemera. 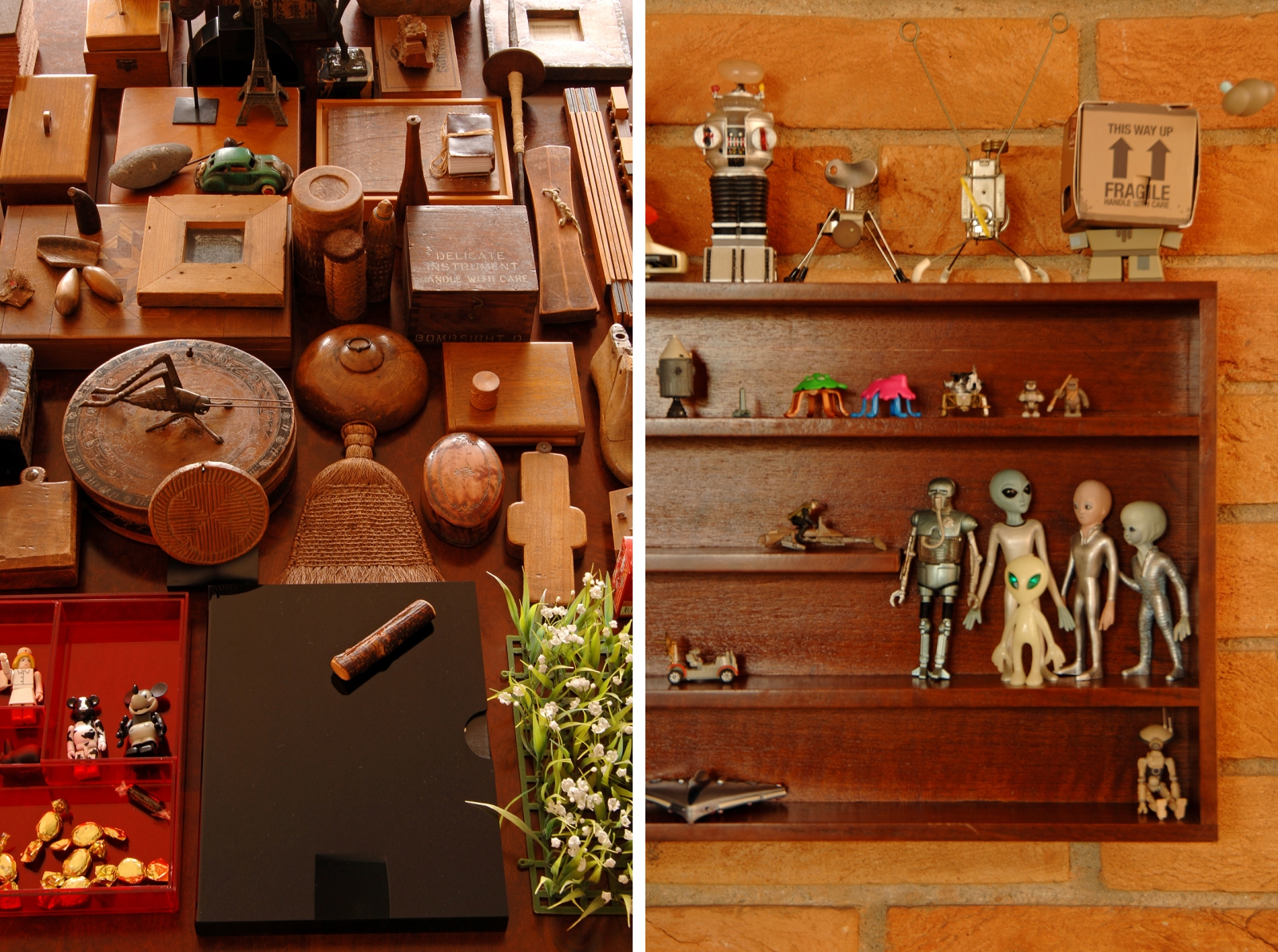 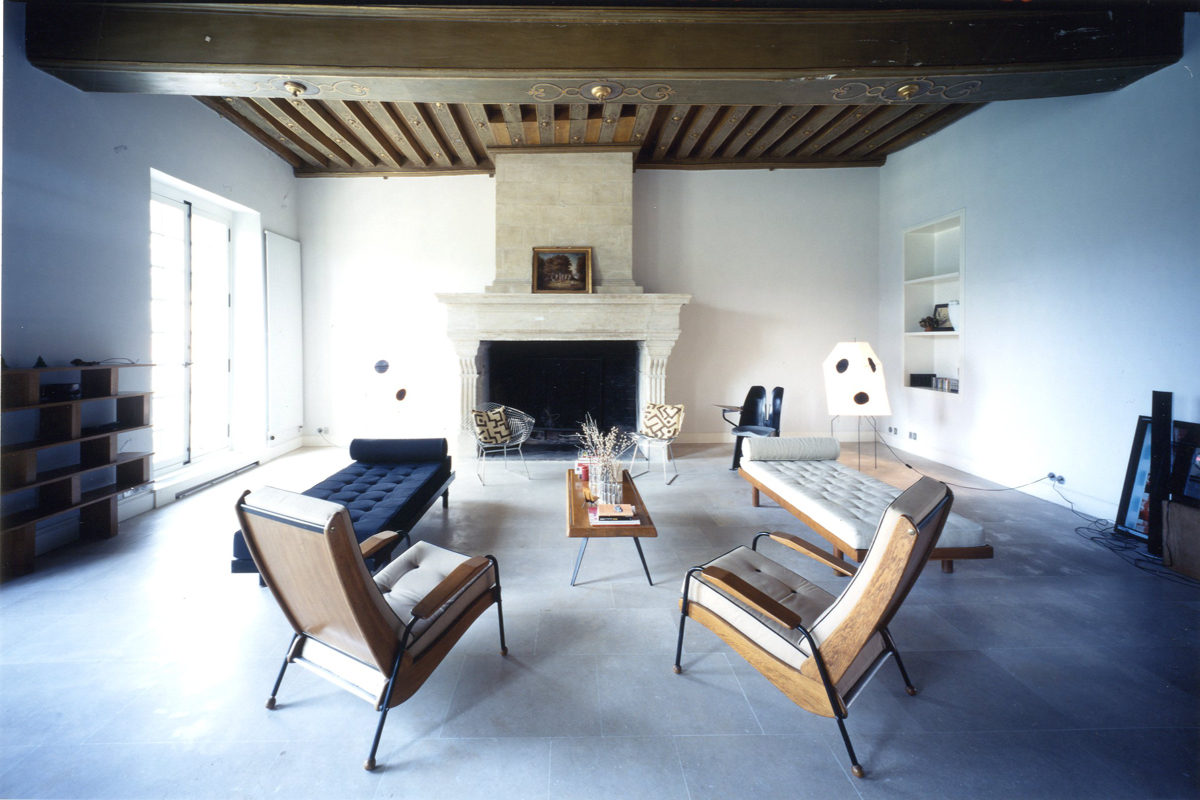 The Italian architects Massimiliano and Doriana Fuksas’ Parisian home is located in one of the city’s most celebrated public spaces, the Place des Vosges. The minimalist space is filled with original Jean Prouvé furniture, plus artworks that range, in Molteni’s description, “from Fontana to Paladino.” 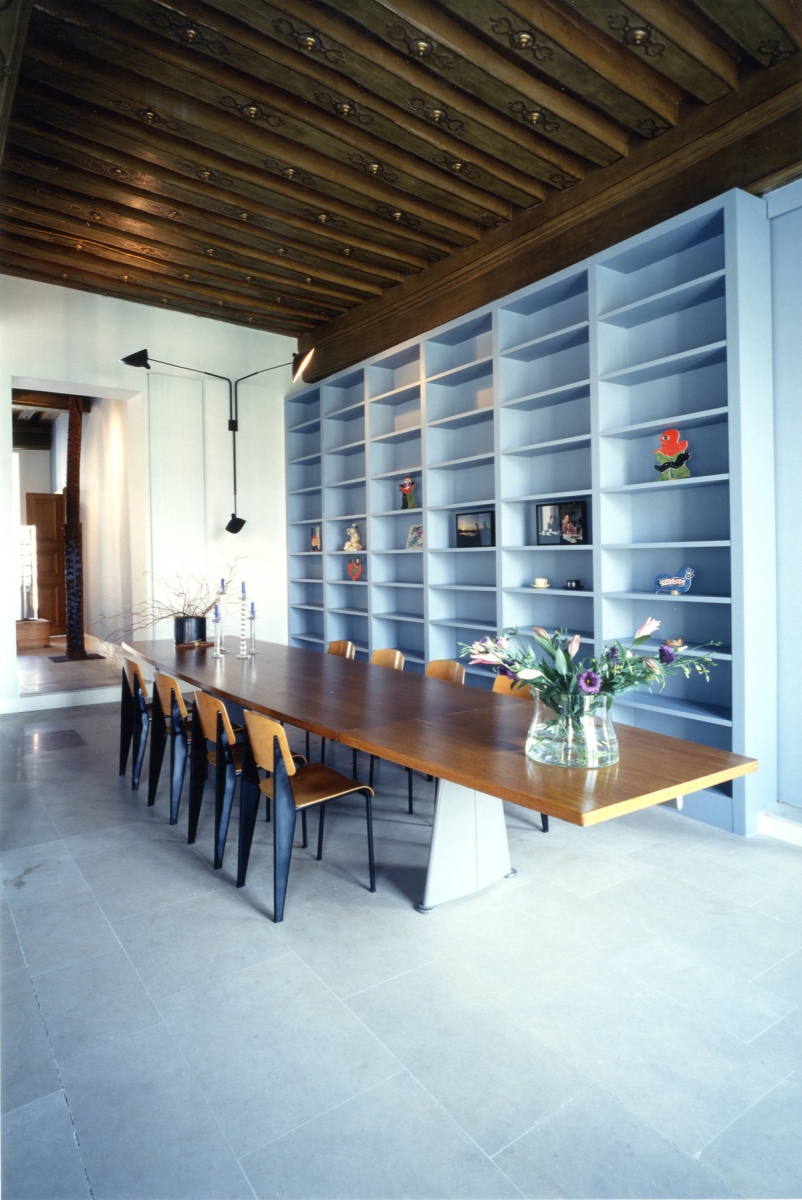 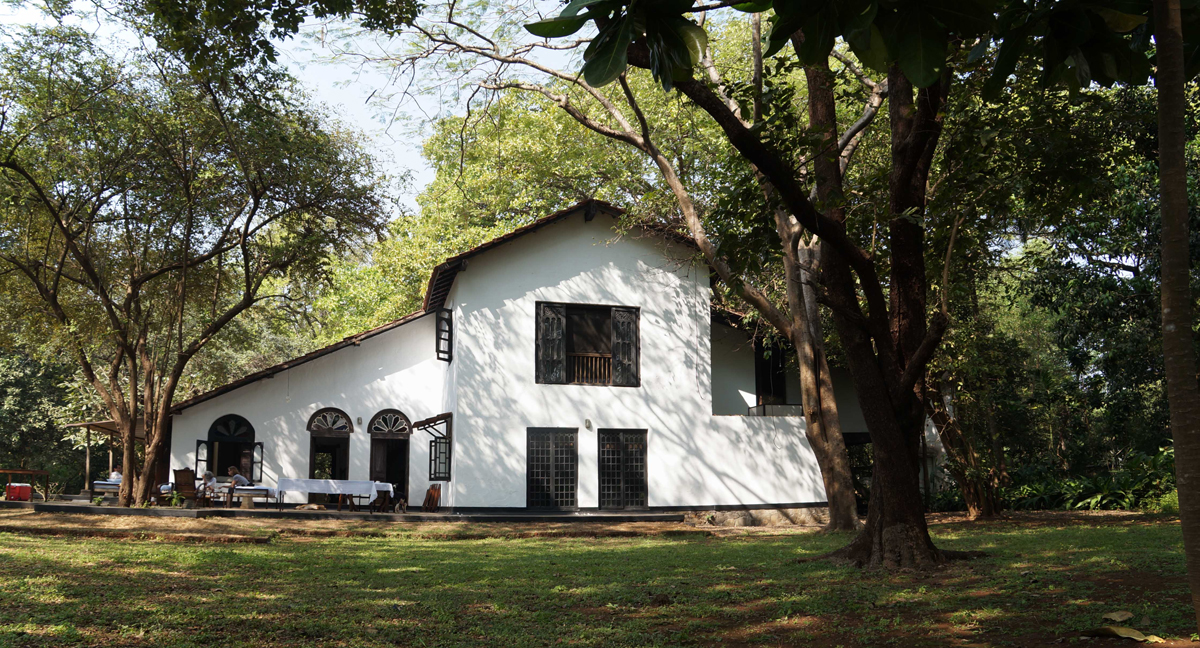 The architect Bijoy Jain runs Studio Mumbai out of this countryside complex, located some 30 km outside of Mumbai. Jain lives and works here with some 60 craftsmen (and several dogs) in what Molteni describes as “a village, a community.” Trees shade the property, helping to create a private, enclave-like atmosphere. A large swimming pool to the rear of the house is a welcome respite from the heat, while the modestly decorated reading room is part library, part meditation space. 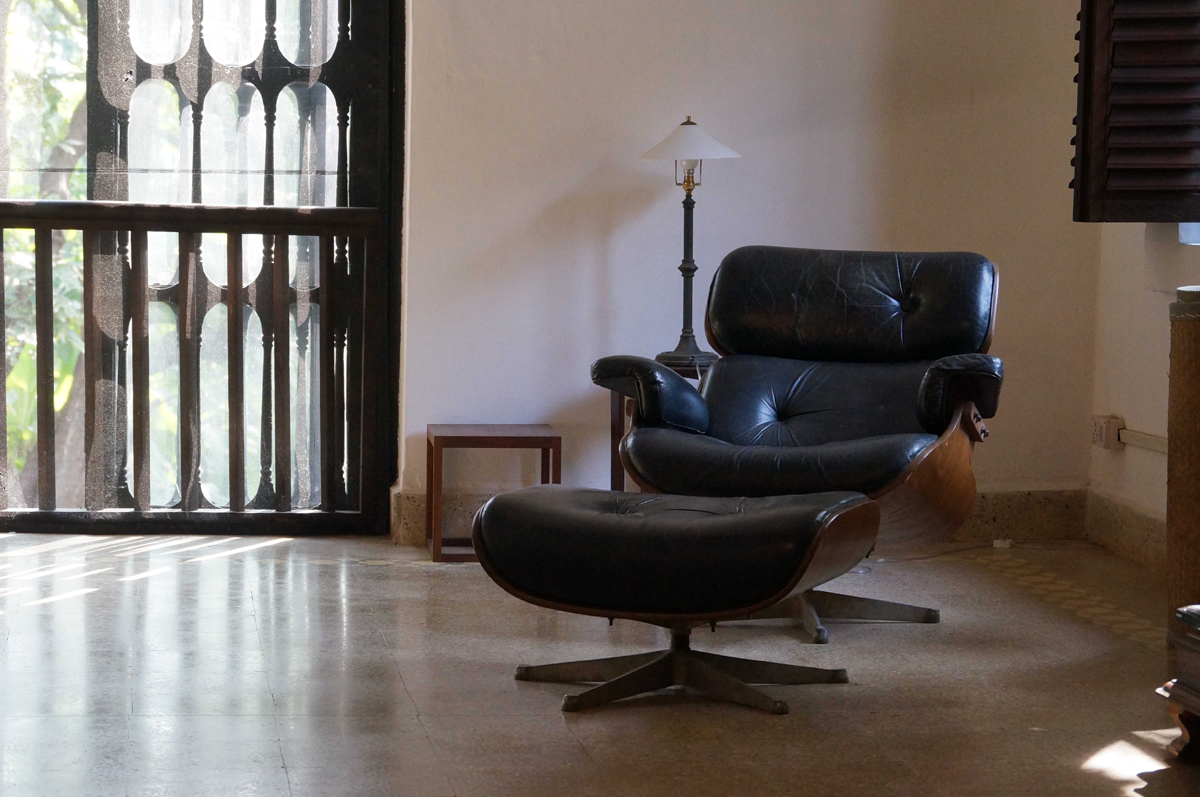 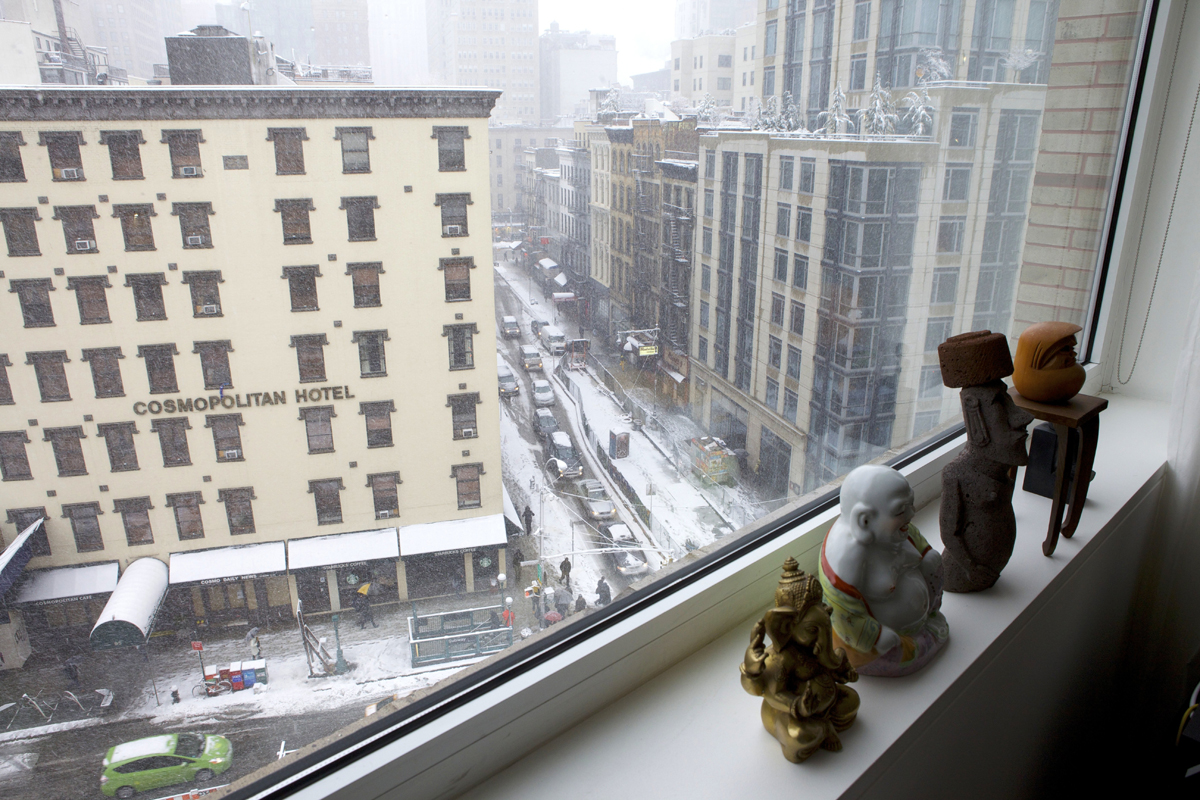 Having worked all over the world, Daniel Libeskind eventually made his stay in New York. Molteni describes the Libeskind residence as a “refuge” from the hustle-and-bustle of Manhattan life. Relatively sparse, the brightly-lit apartment has a few Le Corbusier chairs, a coffee table, work desk, and not much else. That is, besides “books, books, and more books,” Molteni says. 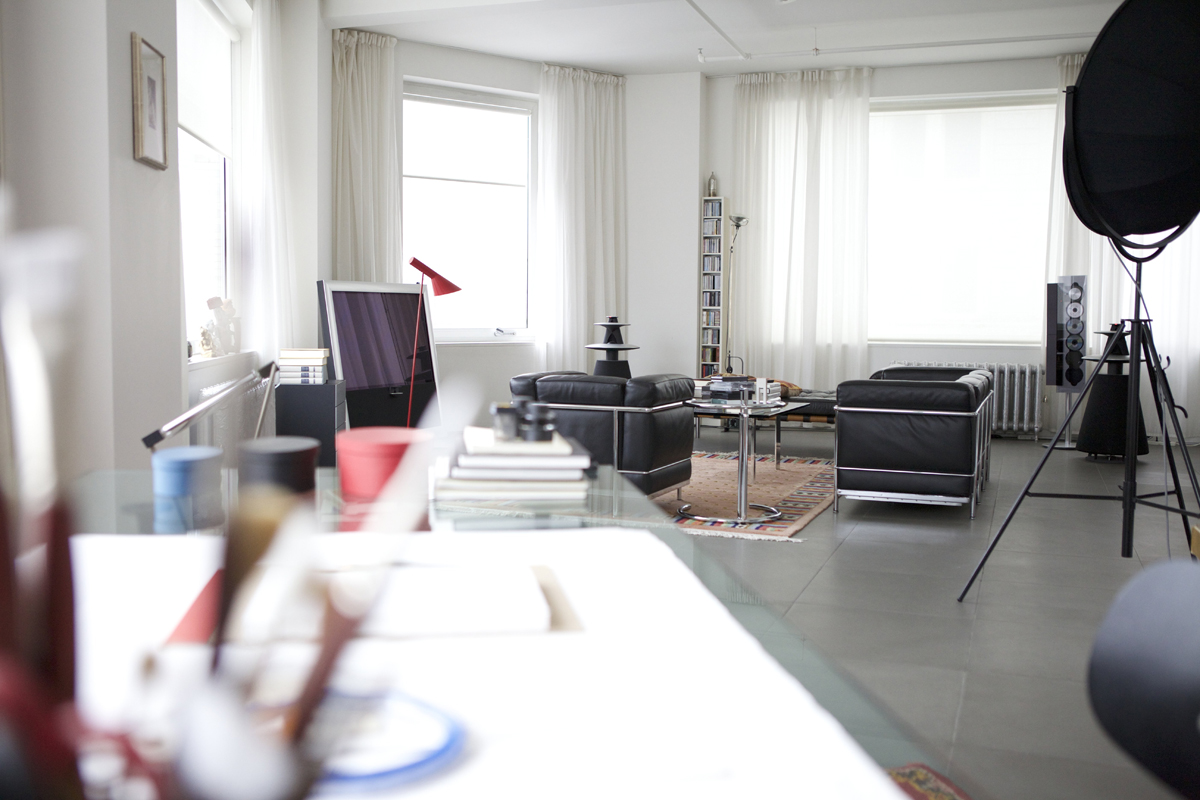 The 53rd edition of the Salone Internazionale del Mobile will open on April 8th. Where Architects Live will be held at pavilion 9 at the Rho Milan Fairgrounds.