Sauerbruch Hutton’s church updates the traditional house of worship in a German suburb.

Designed in 2009 by Sauerbruch Hutton, a Berlin based firm, the Immanuel Church and Parish Center occupies a quaint neighborhood in Stammheim, a suburb of Cologne, a city with a strong tradition of religious architecture; its renowned cathedral is Germany’s most visited public building after the Reichstag.

As a solution to their financial struggles two parishes decided to join forces and sold their existing properties and together invest in a new building that could house all their faithful in way that was more in keeping with their current financial standing and adjusted to the growing community side of their activities. “What we found most difficult was to design a very compact, practical and flexible building, which also retains a joyful atmosphere and a somewhat sacred aura”, said Matthias Sauerbruch, one of the principals at Sauerbruch Hutton, about the project. “This building now has to be everything for them: sacred and social as well as cultural space, a place of worship and the place of the community.” 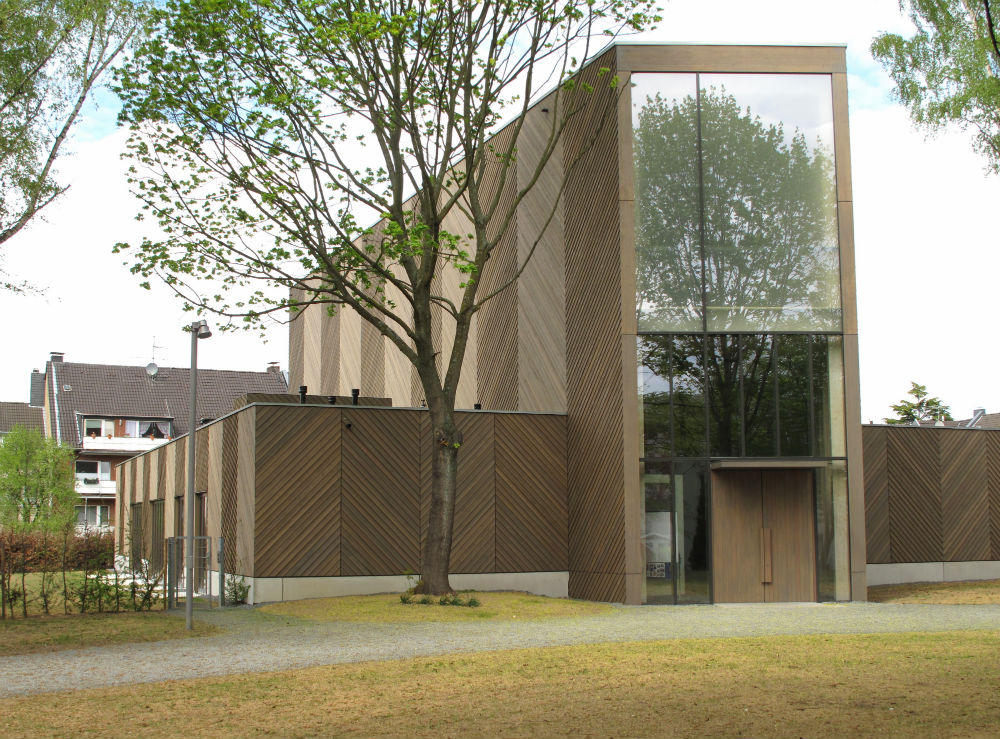 The compound is organized around an existing garden; the bell tower, the church, the small chapel, and columbarium (where funeral urns are deposited) are anchored around the trees and just slightly removed from the street. The path that leads to the buildings serves as an open air preamble to the complex.

Inside the main theme seems to be adaptability. Next to the nave are the community and music rooms on one side and the kitchen and sacristy and on the other. The objective is to give rooms as much variety of use as possible: group meetings, band rehearsals, youth or senior groups, cooking, yoga sessions.

The wall that separates nave from community room can be opened to integrate these spaces and create space for larger groupings. The nave itself is an open area with flexible seating that can be re-arranged as the community needs it. 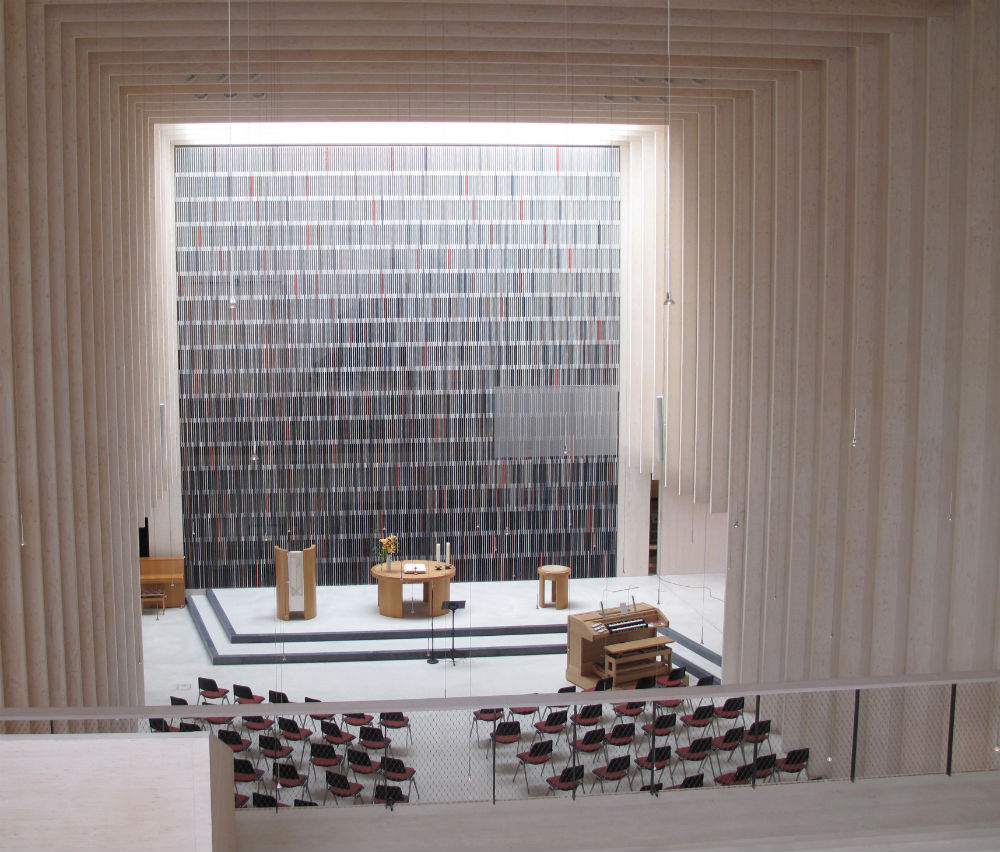 Built of load-bearing timber frames made of veneer laminated finnish spruce, the architecture features basic geometric volumes similar to the neighboring middle class houses. But the wood is laid in a playful manner, creating diagonal patterns that give movement to the facades ( where the wood was covered in larch weatherboarding, treated only with a gray stain to achieve prepatination). Being that it’s made of the same timber as the rest of the building and finished in the same way, the structure is left exposed, its supporting role seems to disappear and blend in with the partition panels. Exquisitely crafted and precisely detailed, its bleached whiteness is rendered more airy as it is washed by light from the generous openings like the skylight above the altar and the expansive glass wall of the mezzanine above entrance foyer. This mezzanine fenestration is made of milky white glass, and functions as a screen that brings in the light but filters its excess. It also serves a metaphorical function, offering a silhouetted view of the big tree that grows just outside. In this way worshippers get a hint of the tree’s dimension but not its reality, as if to remind them of the mysteries of faith. 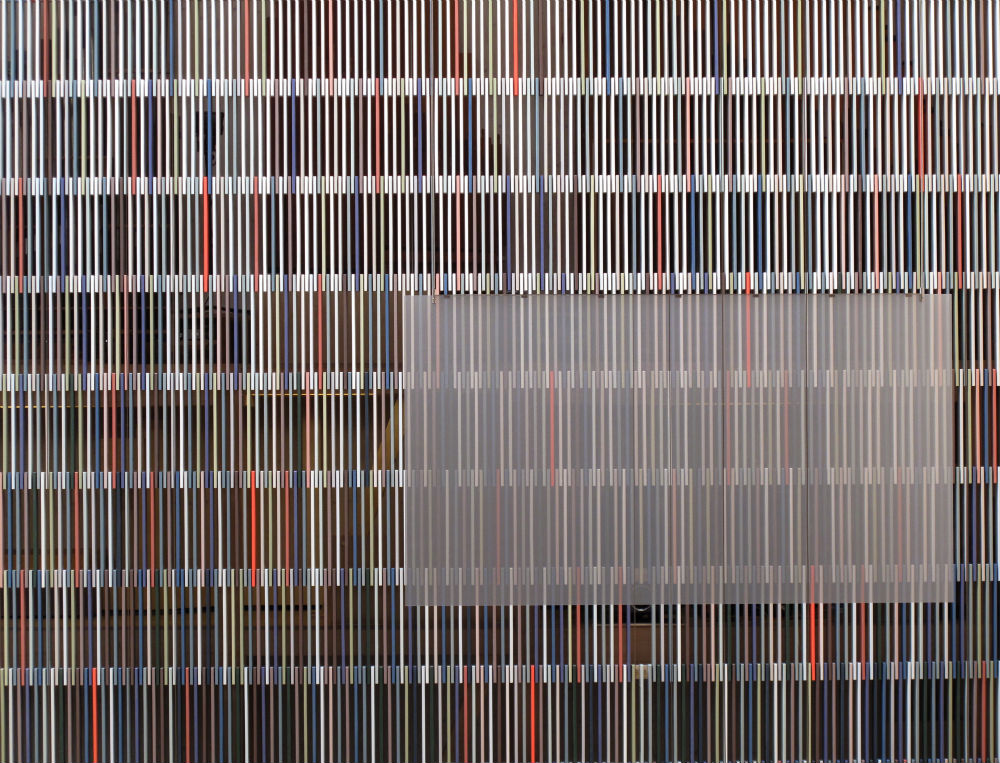 Across the nave from this glass wall the altar’s back wall is an elaborate partition, also made of timber; its small vertical slats painted in the sophisticated color schemes that Sauerbruch Hutton is famous for (the Brandhorst Museum in Munich comes to mind). This panel is lit from the skylight and its tone changes with the sun’s trajectory in the sky. There’s no dramatic biblical imagery, no high tech tricks – just this simple, earth-bound element that brings a new dimension to the experience of the architecture.

Just like churches everywhere facing dwindling attendance by the faithful, Immanuel had to seek creative solutions to continue its mission and expand its community outreach. The Sauerbruch Hutton design highlights this effort by the placement of the community rooms as a main feature of the floor plan. Thus the architects re-interpret a traditional religious layout and introduce a new openness to the built form, reflecting religious institutions trend towards broader views of their doctrines, while retaining some of the ethereal qualities associated with a house of worship. 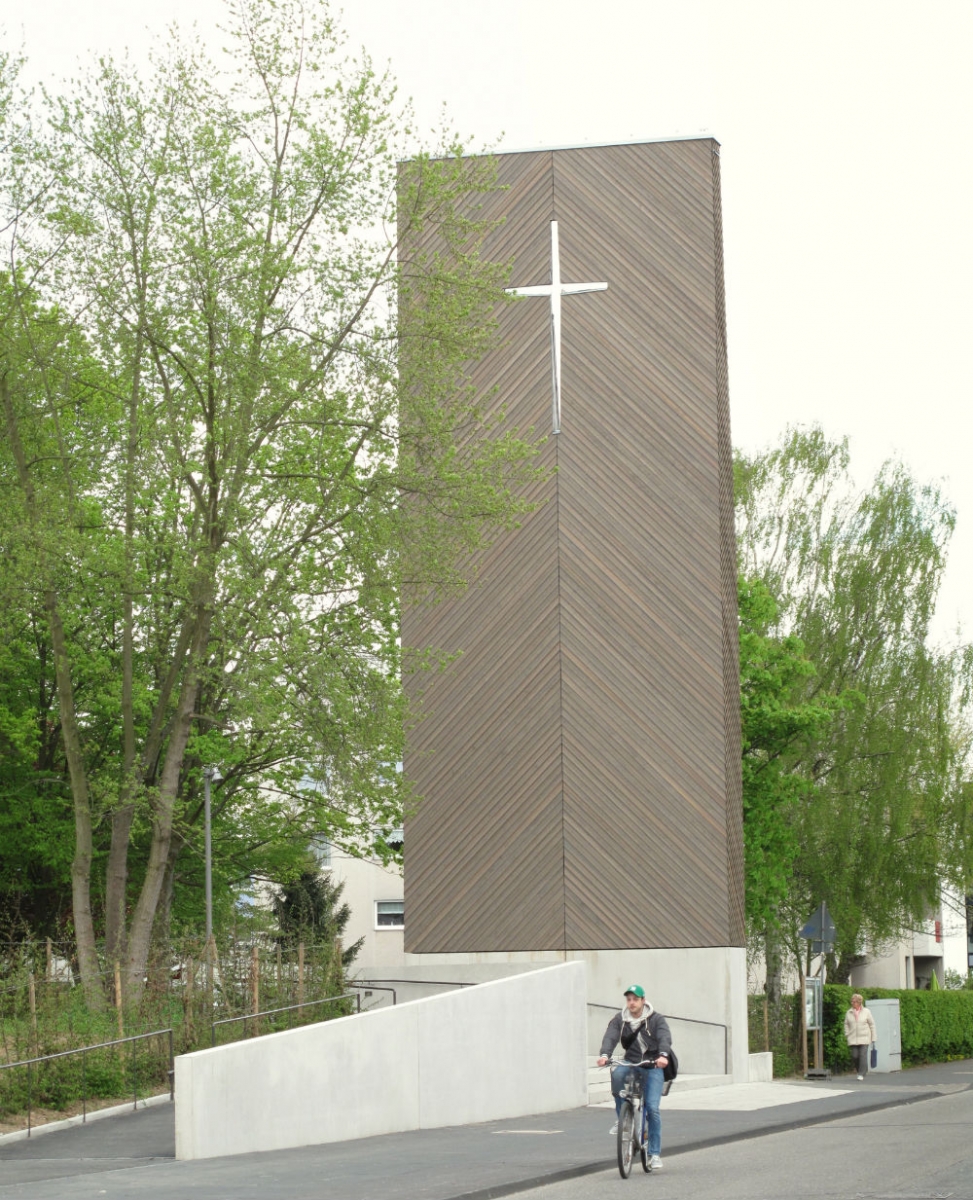