Irma Boom and KnollTextiles collaborate on an extremely versatile collection. 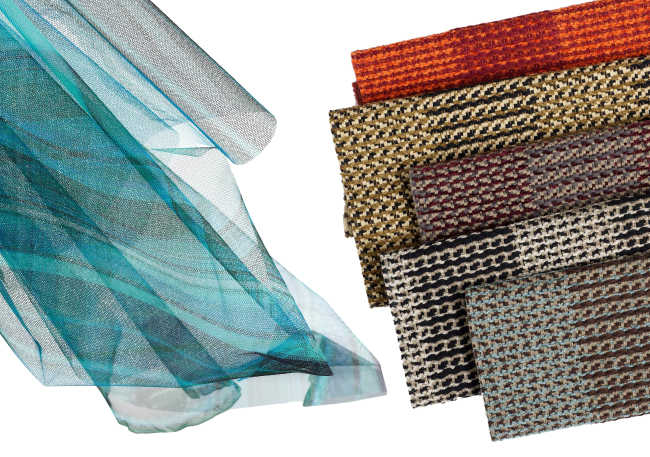 Dorothy Cosonas, the creative director for KnollTextiles since 2005, has been very successful at avoiding the traps of history. Her challenge has been to respect the heritage of Knoll while bringing the company into a new era. She still struggles between the transient nature of many of today’s designs and a wish for some staying power. “I think the fashion industry still has the edge on us, in terms of a little more freedom with techniques and materials,” says Cosonas. “But we want to make sure that our designs have a long life after their launch.”

One of the ways she continues the Knoll tradition is by bringing in designers who expand on the company’s long-established modernist narrative through their fresh perspectives. The most recent of these collaborations, between Cosonas and the famed Dutch designer Irma Boom, resulted in Stripes, a collection of upholsteries, draperies, and wallcoverings based on two of Boom’s books of stripes. 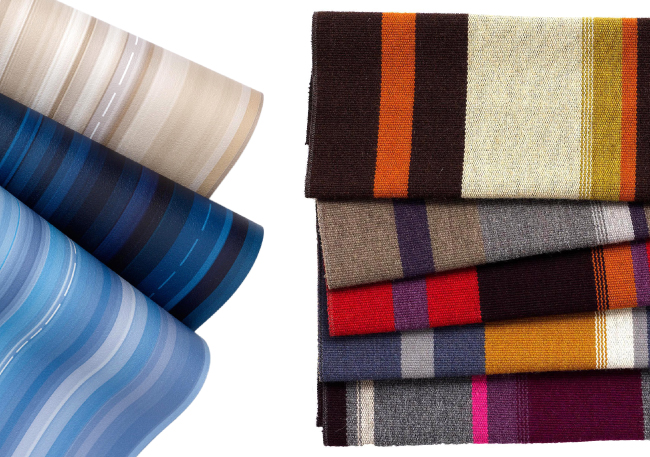 Cosonas and Boom were first brought together by the 2011 exhibition, Knoll Textiles: 1942–2010, organized by the Bard Graduate Center, for which Boom designed the catalog. Cosonas had long admired the sheer beauty of Boom’s work, but two books in particular helped her see the potential of translating the designer’s graphic images into textiles. In Colour (Kleur) Based on Art (2005) and Colour Based on Nature (Thomas Eyck, 2012), Boom took images of famous works of art and UNESCO-protected natural sites, respectively, and converted them into color diagrams, creating stunning abstract patterns. 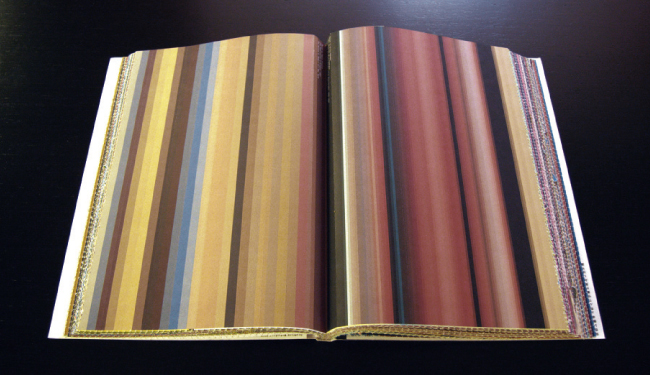 A spread from Irma Boom’s Colour Based on Nature, one of the inspirations for Stripes.

Cosonas in turn translated the patterns into a new medium, working with six different mills around the world. While Boom stayed out of the technical side of the process, her input was crucial in evolving the ideas from the page to the textile. “She’s a quiet force,” says Cosonas. “We kept going back and forth; I went to Amsterdam and she came to New York a few times.” The collaboration produced six layouts, some of which were direct interpretations of Boom’s work, while others “moved the language forward” to fit materials suitable for a wide range of applications, including work spaces, hospitality, and health-care interiors. 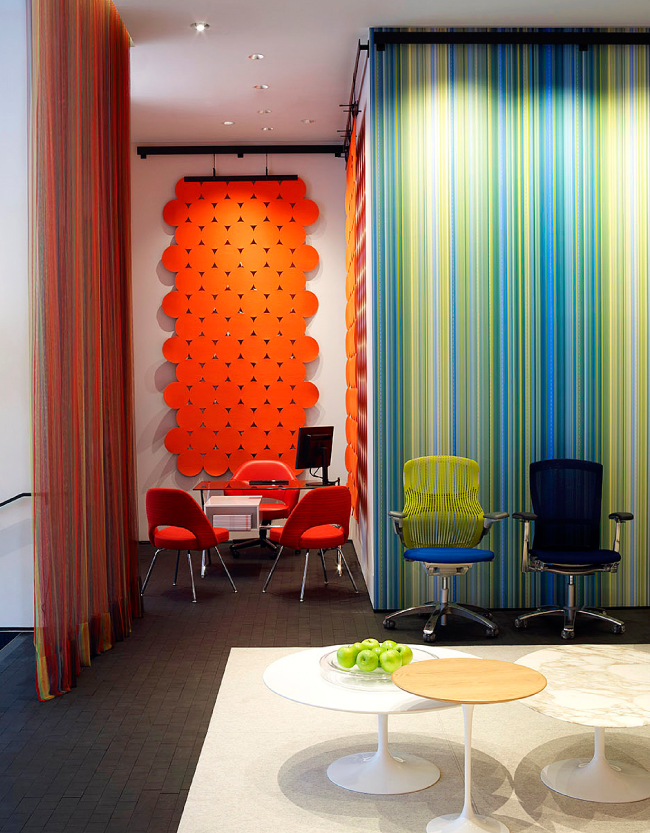 An example of this transfer from inspiration to graphics to textiles, and one of the highlights of the collection, is the wool-and-nylon Utrillo fabric, which is named after the French painter Maurice Utrillo, one of the sources for Boom’s 2005 book. The melancholy character of the artist’s muted colors remains remarkably intact in the process of translation into a woven upholstery fabric. And although the swaths of color are the greatest strength of the collection, its appeal also lies in the nuances of texture. For instance, to retain the trademark tactile quality of Boom’s books, where the designer created small perforations in the page, Cosonas used a subtle stitch motif in several of patterns.