John Hejduk’s The House of the Suicide follies find a permanent home in the Czech Republic’s capital. 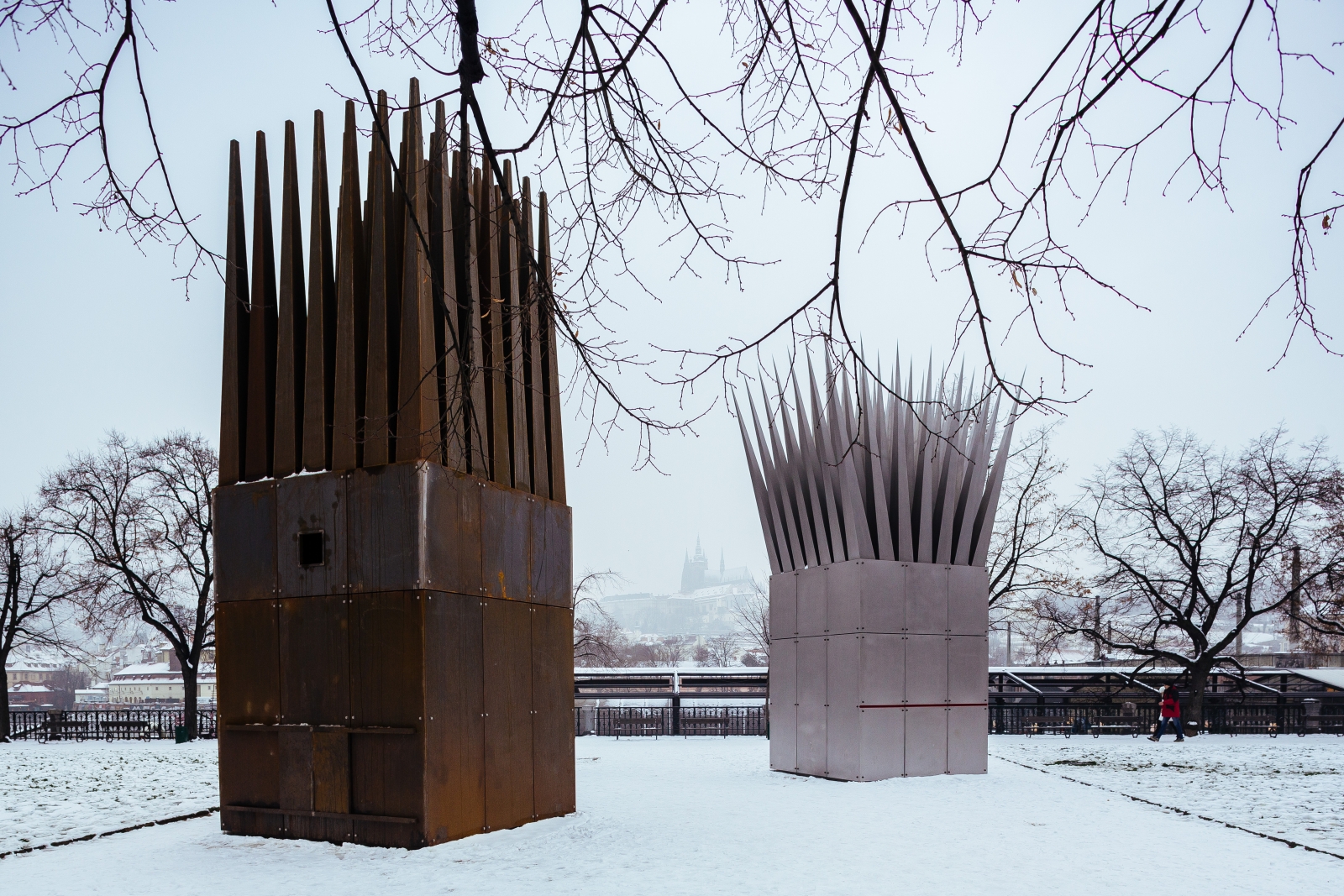 On January 16, 1969, Czech university student Jan Palach set himself ablaze in Prague’s Wenceslas Square in a fatal act of protest against the invasion of his country by the Red Army. Forty-seven years later, Palach is being commemorated with a new memorial in the city, designed by the late Czech-American architect John Hejduk and opened to the public on the anniversary of Palach’s self-immolation.

The Jan Palach Memorial consists of two nine-by-nine-foot steel prisms, each crowned with a roof of thornlike appendages. One, dubbed the House of the Suicide and clad in stainless steel, emits an anguished scream of oblique spikes, while the adjacent House of the Mother of the Suicide—an inhabitable Cor-Ten enclosure topped with uniform spikes and incised with a viewing slit—expresses a corresponding rage tempered with steely resolve. Inspired by a poem by David Shapiro, Hejduk’s design pays tribute to both Palach and his mother, Libuše Palachová, who battled the ruling regime’s attempts to discredit her son and the dissent represented by his sacrifice.

“A lot of people think of John as a fantasist, as someone who took architecture down to the private,” says Shapiro of his late friend and former Cooper Union colleague, hinting at Hejduk’s apparent aversion to the political and his inclination toward the poetic and personal. Hejduk has mostly been recognized for his theatrical temporary structures as well as his watercolor visions of buildings and follies, which have appeared frequently in books, exhibitions, and classrooms but rarely ever made the transition to full-scale construction.

Despite his slim portfolio, Hejduk’s work has endured in part through the scattered initiatives of others. The architect’s far-reaching impact is evinced in the Jan Palach Memorial, which was originally conceived in the early 1980s as part of Hejduk’s Masque series of urban characters. In 1986, architect James Williamson, then teaching at the Georgia Institute of Technology, devised a course in which his students worked to develop Hejduk’s conceptual sketches to built form.

Over several years, Williamson’s class built the first version of the memorial primarily out of painted wood and installed it on two floors of a Georgia Tech building. After attracting the attention of the government of Czechoslovakia (in particular, Václav Havel), the project was reconstructed in 1991 on the grounds of Prague Castle as part of an exhibition on Hejduk, with the two Houses arranged closer together to more strongly suggest an architectural pietà, as Williamson saw it. As its wooden iterations fell into disrepair, the memorial seemed destined for the trash heap until 2002, when the city awarded Czech firm MCA Studio, collaborating with architect Václav Králíček, a commission to include Hejduk’s structures in its redesign of Prague’s Jan Palach Square. “That was one of his parting wishes before he passed away,” says Renata Hejduk of her father, who died in 2000. “He was very distraught that they had fallen into disrepair.”

At its permanent site, the Jan Palach Memorial appears in dialogue with the nearby medieval spires framed by its outstretched spikes. While the House of the Suicide explodes with a crisp silver starburst, the Cor-Ten facade of the Mother will darken with age. The fantastically severe forms, planted in an urban square before a picturesque stretch of Prague riverfront, invite visitors to contemplate the history surrounding Palach’s fiery protest.

“When you think about all that went on in Czechoslovakia, with its struggles for freedom, this project is really important,” says Williamson, “not just to honor the memory of a man and his family, but to make a statement about the relevance of John’s work.” 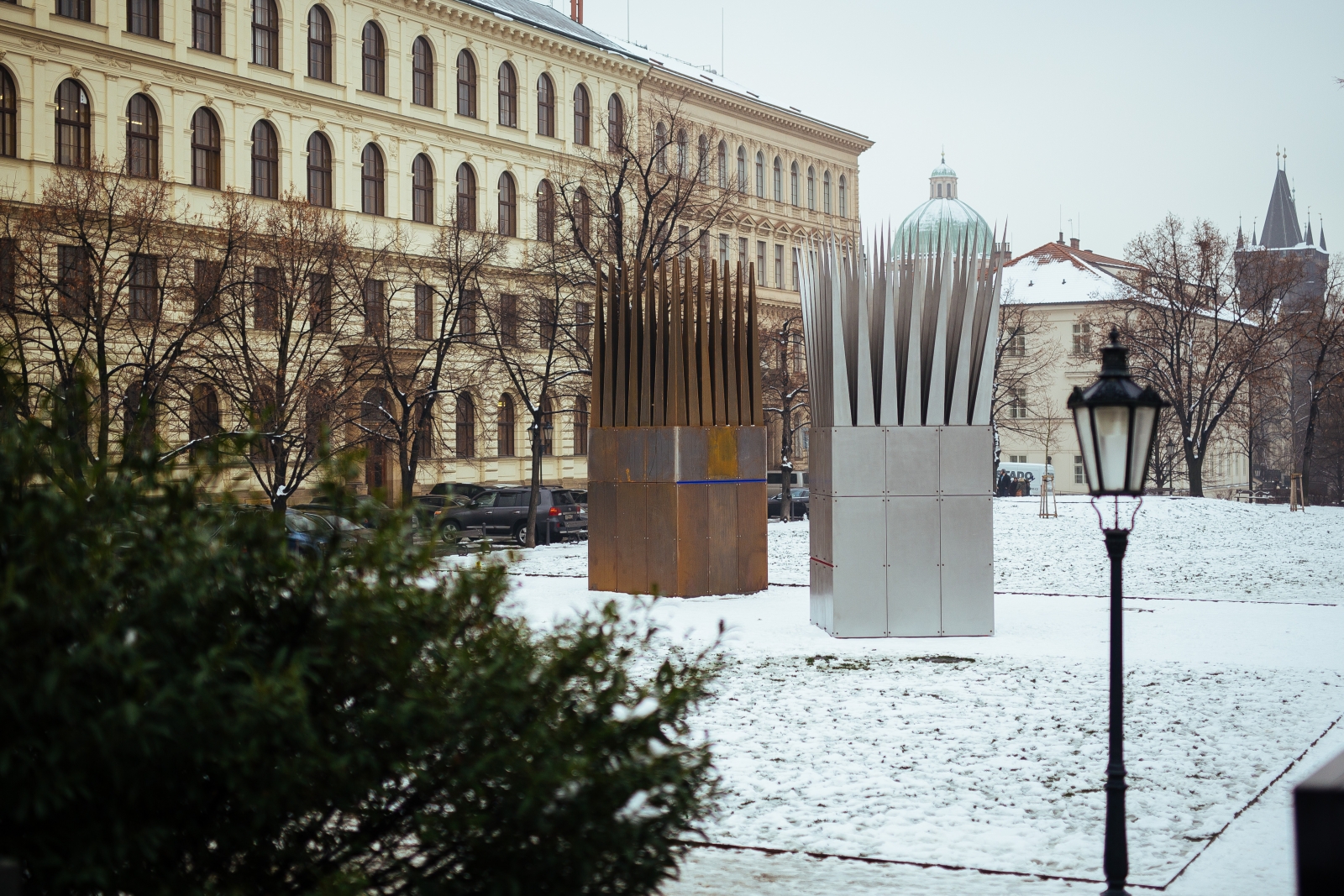 The structures were originally conceived by architect John Hejduk as character sketches and later translated into temporary installations. 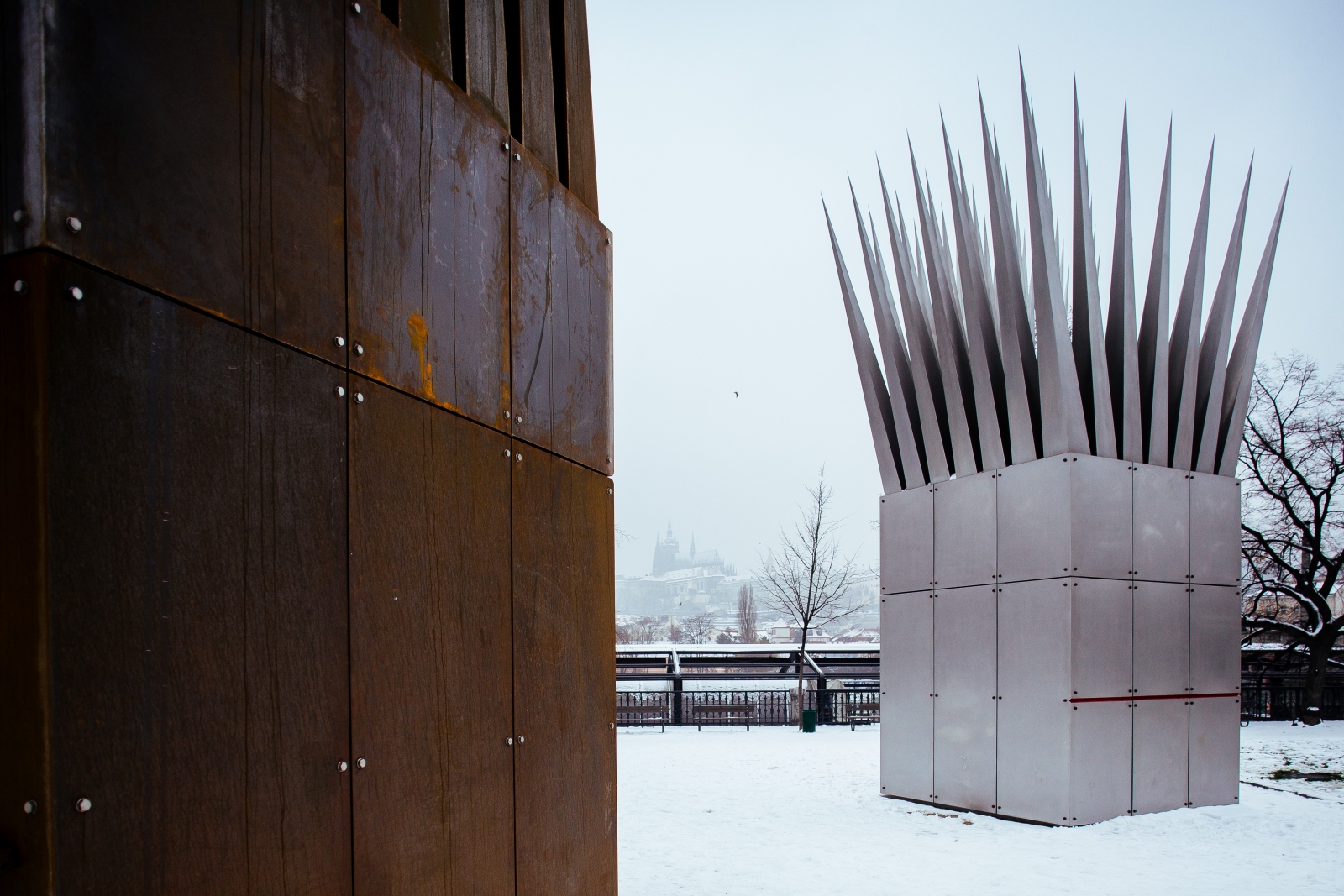 In January, they were permanently installed along the bank of Prague’s Vltava River. 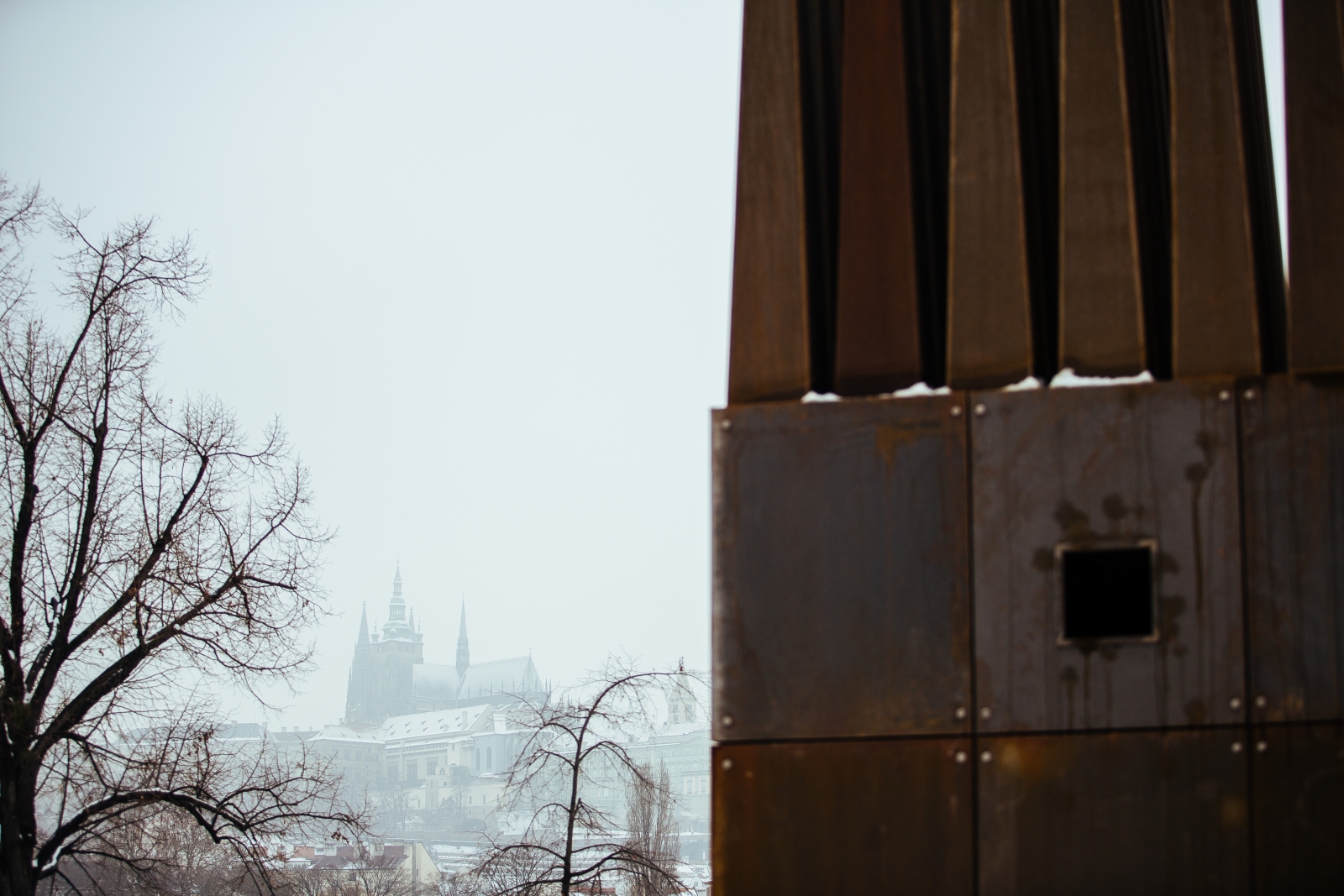 An earlier iteration of the project was previously installed on the grounds of the Prague Castle, seen here in the distance.