The Kalkbreite cooperative in Zurich suggests how co-ops will become viable for the 21st century.

Who knew that the idealistic dreams of 1980s Zurich squatters would prove amenable to urbanistic ideals of mixed use, transit-oriented development? The Kalkbreite cooperative is evidence of that unlikely union. The building, large as a city block, holds a movie theater, 97 apartment units housing about 250 people, 5,000 square meters (53,820 square feet) of commercial space, a simple bed-and-breakfast, and a public courtyard—all built at a human scale, over a tram depot. Rents are below market rates, despite Zurich’s blisteringly overheated housing market. A product of the city’s century-long tradition of co-op housing, Kalkbreite is also the result of more recent thinking: how to make co-ops viable for the 21st century.

Completed in 2014, Kalkbreite had its beginnings in the 1970s, when advocates called for an eponymous open-air tram depot to be developed as housing. Finally, in 2007, after a long unspooling subject to fits and starts, the city solicited proposals for such a complex. “We had to make them ask,” says Pasquale Talerico, a founding member of the Kalkbreite co-op organization, resident, and former project manager. The co-op subsequently won the tender for development, and through a city-run public competition, Zurich-based Müller Sigrist Architects were appointed to design the project.

The complexity of the mixed program is more similar to a tricky soufflé than a normal layer-cake approach. “We did not want to make a division between the tram and the building, or commerce and living,” says architect Pascal Müller, principal of Müller Sigrist. The apartment units surround a public park–cum–courtyard, built three stories above the tram depot, which is wrapped in commercial and cultural spaces. The building is set back from the street, allowing the tram stop, public café, and plazalike space to bleed into each other. The circulation inside is staggered, helping to break up the large building into distinct units of housing and working spaces. There’s plenty of room for movie screens at Kino Houdini, Bebek restaurant has 16-foot ceilings, and trams are parked in the belly of the building. A tiny florist shop halfway up the public stairway to the elevated courtyard decorates one banister with large, colorful pinwheels.

Kalkbreite occupants enjoy an unusual amount of urban convenience wrought from formerly undesirable space, and the process for getting into the co-op is fairly simple. First, prospective tenants pay a CHF 1,000 membership fee, gaining eligibility to rent apartments as they become vacant. Once a unit opens up, the occupants-to-be pay for shares in the co-op according to its size, as a refundable deposit. Rents are priced per square meter at the cost of construction amortized over 60 years, plus maintenance and building operations. A 100-square-meter (1,076-square-foot) unit costs around CHF 2,000 per month—about 2,000 US dollars for a three-bedroom. In tiny Zurich, where a remarkable 70 percent of the population rents, demand for co-ops at Kalkbreite or other complexes is incredibly high. “It is common for people to join multiple co-ops when they’re looking at living in one,” Talerico says.

Here, the Anglo-American anxiety about getting on the “property ladder” isn’t as pressing or relevant. Laws protect tenants, lease duration/occupancy is commonly at will, and rent rises are largely controlled and tied to major improvements for sitting tenants. However, rental and sale prices for homes rose steeply from 2000 until 2012. While increases have slowed more recently, 2015 saw the city reach a 15-year peak in Swiss financial institution UBS’s annual national “bubble risk” analysis and the highest in the country, along with the Geneva area. Co-ops house an estimated 26 percent of Zurich’s population, often well below market rates and insulated from market conditions, be they bubble, bull, or bear. 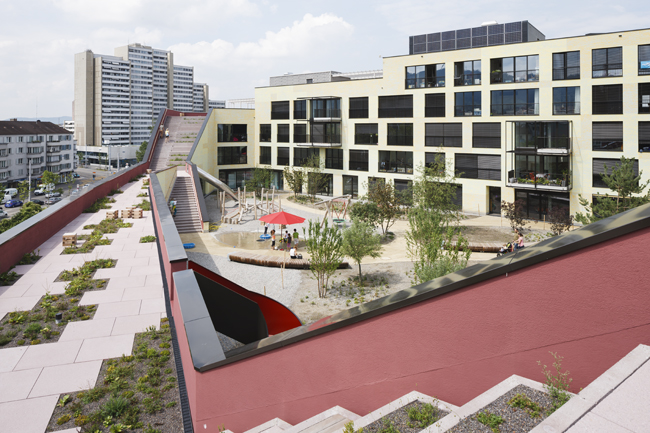 Co-ops and their residents in Zurich have enjoyed protection from the market for a century. Land is leased by the city under favorable conditions, enabling co-ops to build and operate affordable housing, with some operating multiple buildings throughout the city. Kalkbreite is part of an ongoing co-op renaissance in Zurich that gained momentum in the 1990s; the traditional co-ops had fallen into crisis in the 1970s and ’80s, owing to aging populations and building stock, along with societal and economic change sparked, in part, by a large squatters’ movement. The Kraftwerk 1 co-op, which similarly realized a programmatically rich complex over an old industrial site, was among the early crop of new co-ops, and for many years its co-creator Andreas Hofer has been helping to guide this citywide rise. Following the success of Kraftwerk 1, he was elected a member of the board of directors of the association of cooperatives in Zurich and served until 2007, stepping down to focus on founding a large co-op for living and working called Mehr als Wohnen in the north of the city.

The Wogeno co-op, which preceded Kraftwerk by several years, “was founded in 1981, mainly to buy existing houses threatened by speculation,” Hofer says. The economy in Zurich was good, but a real estate bubble had formed by the early ’90s. “1992 was a crucial year in Zurich,” says Hofer. “There was a huge open drug scene near the central station, the city was bankrupt— the tax base left—politics was at a deadlock, speculation was rampant, and then the bubble burst. Fifty billion Swiss francs were destroyed.” This crash left the ideals of the 1980s squatters room to roam, especially at the edges of the city. Many former squatters were involved in the new co-ops like Kalkbreite, which sought space left vacant in the aftermath of the bubble burst.

From squats to co-ops, alternative ways of living and building are gaining traction—or being revived—in many cities like Zurich. These run contrary to developer-as-usual construction. Like the Baugruppen (cohousing) of Berlin, the new Zurich co-ops address changing desires for living situations, using grassroots urban development. In contrast to Baugruppen, however, co-ops are (relatively) permanent. Every Baugruppe allows a group of people to cofinance the construction of a building, pooling money and mortgages. Yet the cooperation can stop as soon as the building is occupied, as units belong to inhabitants, who can then sell at any price to whomever they please. When residents of a co-op leave, they return their shares and other members are offered the vacant flat. It is a stable system.

In the end, the stability of the co-ops in Zurich is enviable. Because the city leases the land to the co-ops, and rents are based on construction costs, maintenance, and operations, they are incredibly secure for affordable housing. Technically, once the bank loan for construction is repaid, rents can even go down. The Kalkbreite co-op has now moved beyond its founding building, and is constructing a second project (under the lead of a new architect) near Zurich’s central station.

While co-ops operate in the United States, the model is similar only in name. New York City’s co-op buildings, for example, are synonymous with strict boards, rules, and financial selectivity. But in Zurich’s co-ops, and to a lesser degree in Berlin’s Baugruppen, communal ownership and the pooling of finances for a common interest form the basis for different ways of living together. These principles encompassing social and civic goals are supported by the city and taken up by citizens. They sound foreign to the American ear, but they may be more feasible than we think. 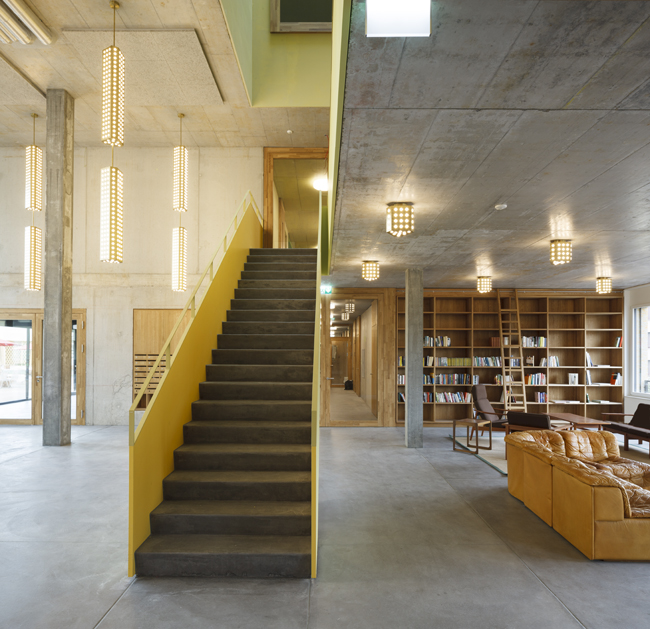 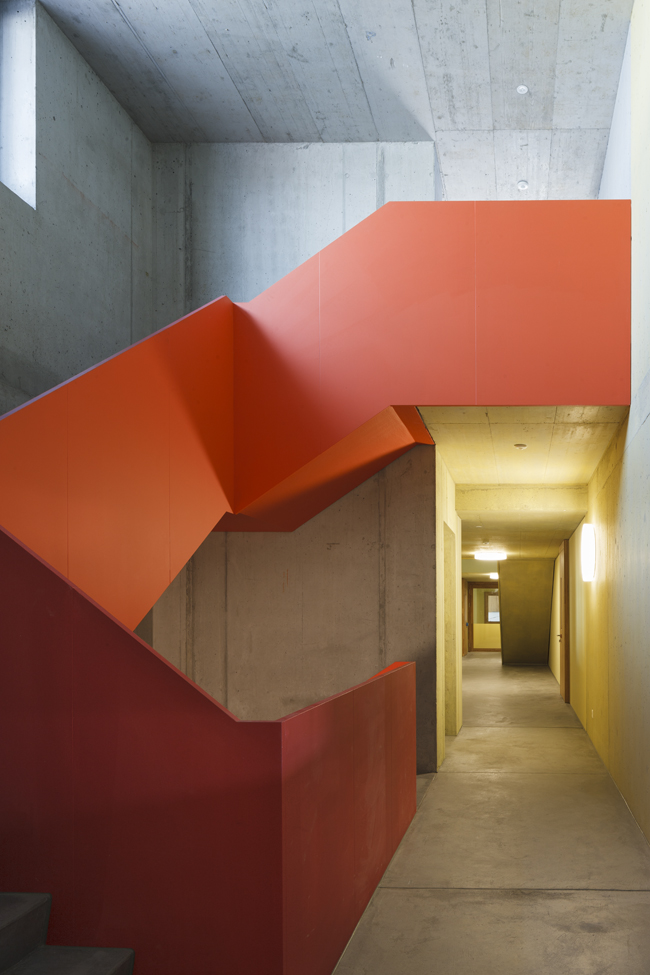 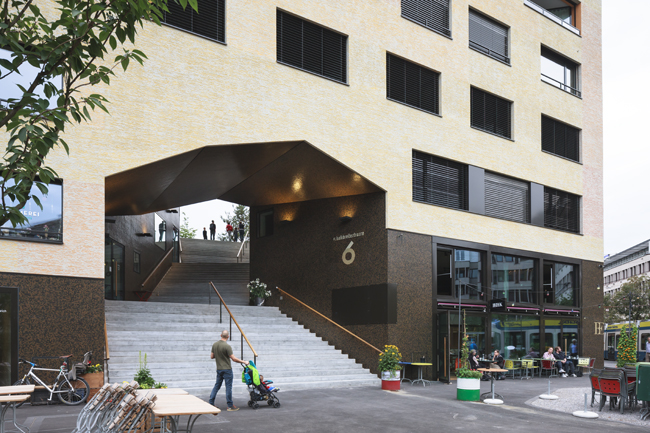