L.A. Gallery Bridges Innovative Design on Both Sides of Pacific

Based out of a Los Angeles landmark, Gallery ALL is a vital node in the city’s design network. 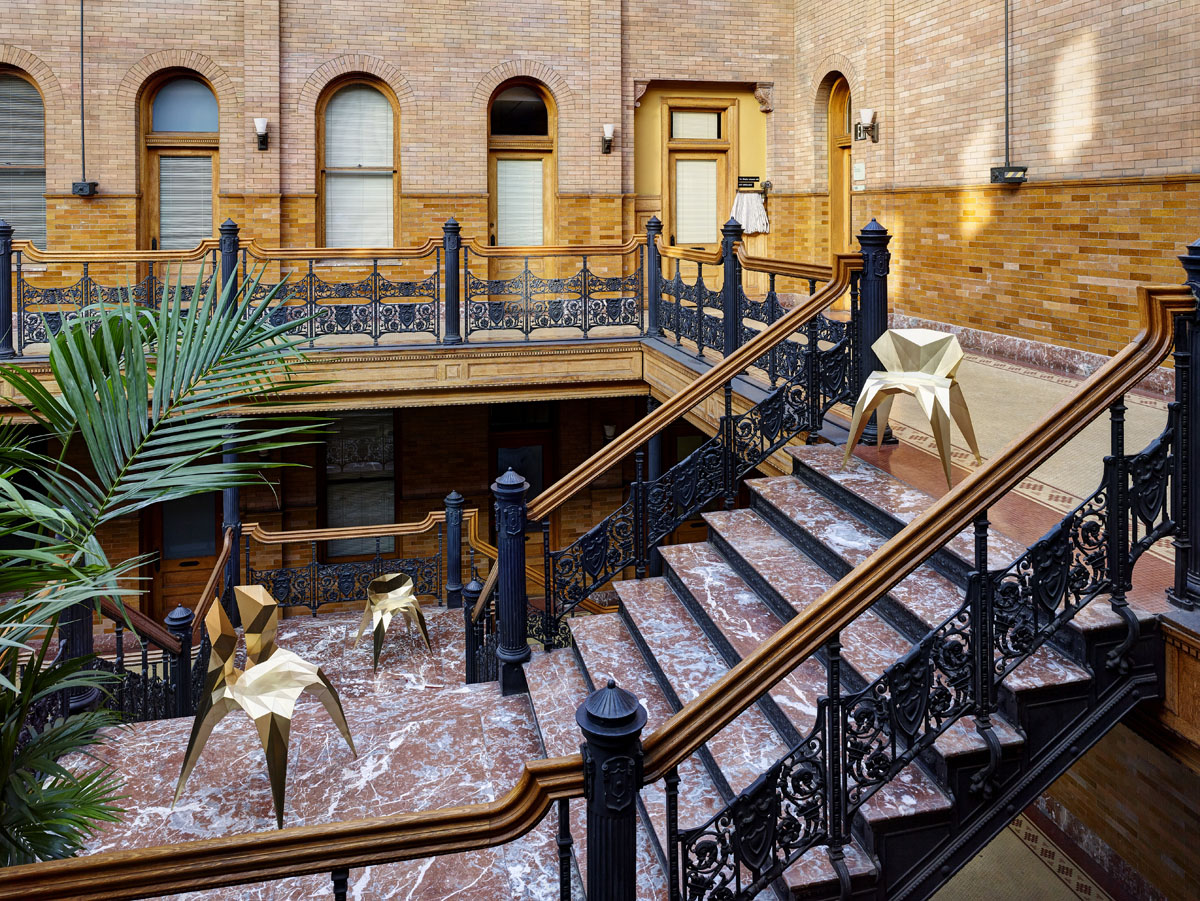 Zhang’s Spider, Split, and Heart chairs are posed on a staircase in the celebrated Bradbury Building, where the gallery has taken up residence on the ground floor. The chairs, made of brass worked in an origami-like fashion, are representative of the finely crafted, limited-edition designs Gallery ALL is bringing stateside.

Gallery ALL, cofounded in 2013 by architect Qinqyun Ma and designer Yu Wang, is the sum of many parts, perhaps more transnational design enterprise than discrete gallery. It is a network of designers, fabricators, and curators dedicated to bringing new, limited-edition designs to a global audience. This is reflected in the gallery’s design focus, which is rooted in a spirit of experimentation and new fabrication capabilities.

After getting their start in Beijing’s 751 Design Park, a repurposed factory compound full of galleries and design studios next to the now-famous 798 Art Zone, Ma and Wang expanded to Los Angeles. “It was Ma’s idea to open the Los Angeles branch and make it more about the idea of exchange between two design capitals,” says Xiao Lu, Gallery ALL’s L.A.-based managing partner.

The L.A. incarnation may just have the best gallery space in the city, on the ground floor of the iconic Beaux Arts– style Bradbury Building, known colloquially as the “Blade Runner building” for its starring role in the 1982 film. Ma, who is also dean of the University of Southern California School of Architecture, nabbed a space in the building for the American arm of his firm, MADA s.p.a.m., a few years ago. “Exhibiting design ideas through furniture and other useful objects has long been an interest of mine,” he says. Now, with the gallery in place, he can be more connected to designers doing experimental work at different scales. 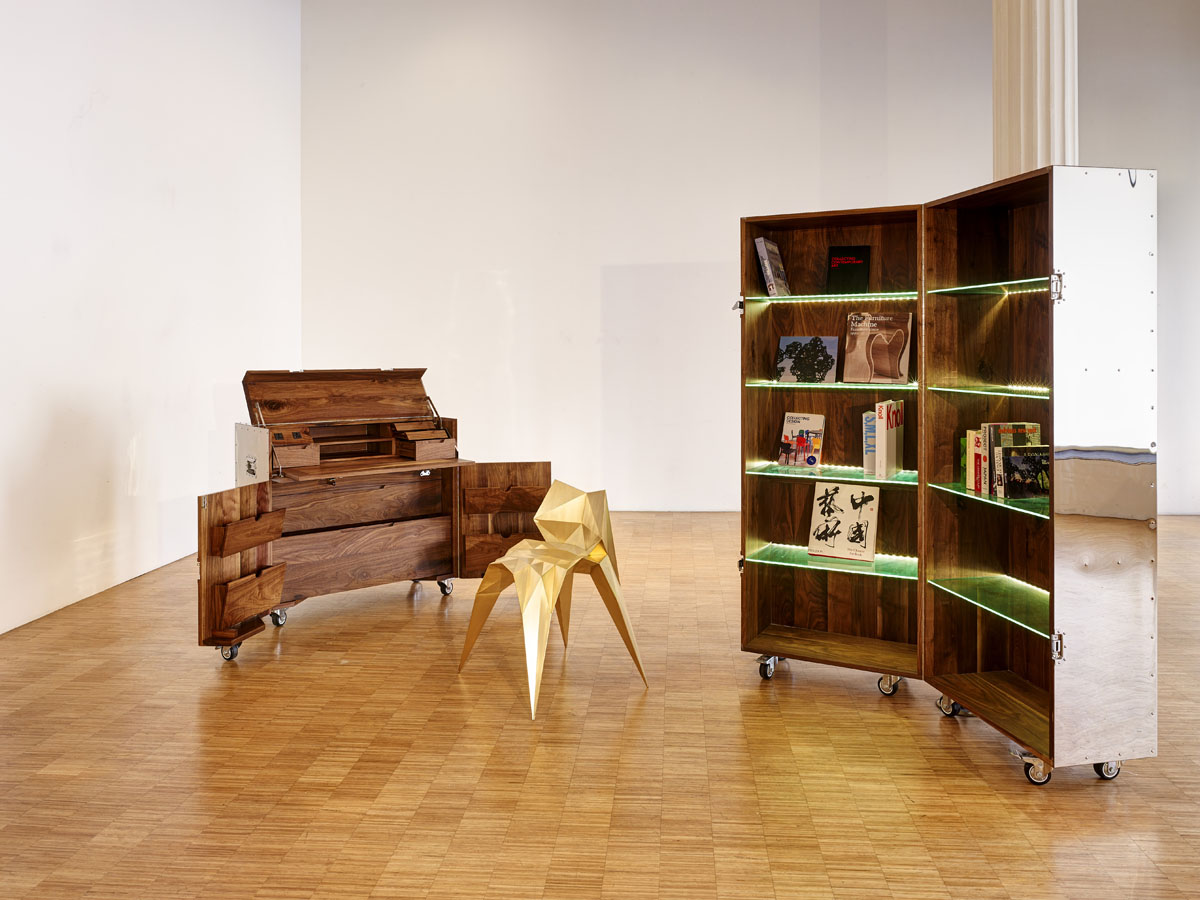 Designs by Zhoujie Zhang and Naihan Li are showcased in Gallery ALL’s Los Angeles showroom. It is the sister gallery to Gallery ALL Beijing, creating an “exchange between two design capitals.”

Currently, Gallery ALL represents three such designers. Beijing-based Naihan Li, a graduate of the Bartlett and former protégé of artist Ai Weiwei, produces whimsical, finely crafted pieces of rosewood furniture, like “I am a Monument —CCTV,” which playfully shrinks OMA’s CCTV tower into a bedroom cabinet. American design duo ArandaLasch, based in New York, Tucson, and Beijing, work at the scale of buildings and everyday objects, doing everything from installations for MoMA to structures for Design Miami. The third designer, Zhoujie Zhang, who was named the 2012 ELLE DECO Young Designer of the Year, crafts origami-like chairs in stainless steel and brass. 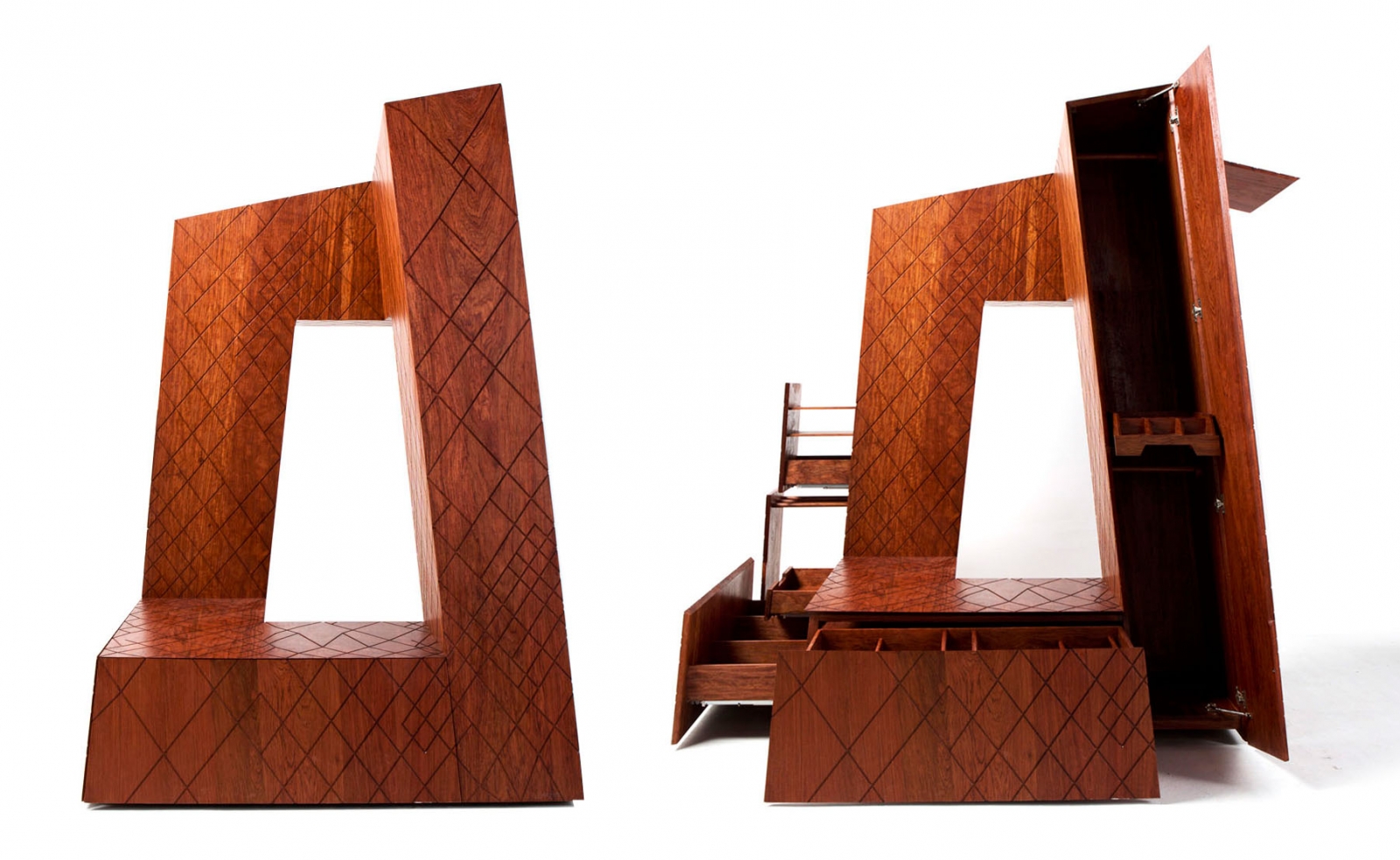 Naihan Li’s “I am a Monument —CCTV”

Pieces from these designers can be custom ordered through the gallery. “But the bigger picture,” says Ma, “is to transform prototypes into products.” Working with fabrication facilities in both Beijing and Tucson gives the gallery unique research and production capabilities and a holistic approach to design that may just make it more ubiquitous in the future.

Up ahead for the gallery are two shows at Design Days Dubai and Design Shanghai, both in March. A new show is also planned for the L.A. gallery in April. Then, in June, there is Design Miami/Art Basel. “The ultimate idea,” Lu says, “is a rotating program of exhibitions showing Chinese designers to a Western audience and Western designers to a Chinese audience.” 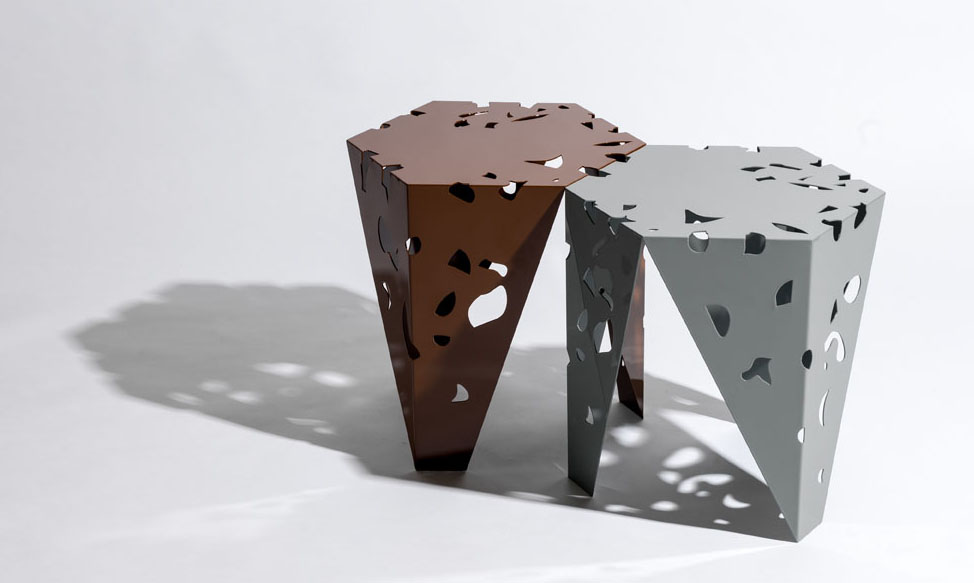 The FDA stool, designed by Aranda Lasch for Gallery ALL, is seen in copper and gray stainless-steel versions. The studio is working on experimental furniture based on new concepts in fabrication and assembly. 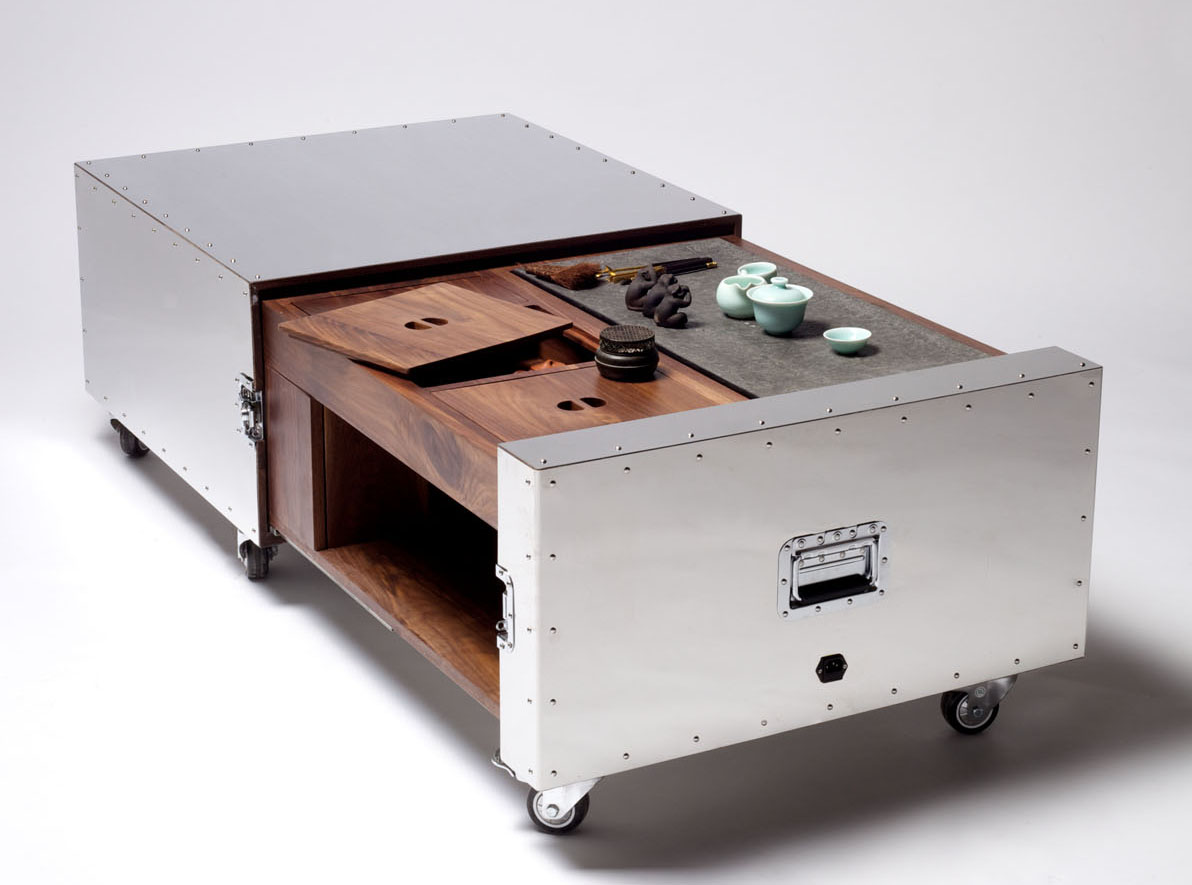 Li’s Tea Table is part of the Crates series for the gallery. Li’s work emphasizes adaptability, often hiding away multiple compartments and drawers in a sleek, monolithic form.