Letter from Baltimore: Design for Aging

In her monthly “Letter from Baltimore,” Elizabeth Evitts Dickinson writes about architecture, culture, and urbanism in a city more often associated with violent crime than with good design. Click here to read her previous posts. For more by Dickinson, visit her blog, Urban Palimpsest.Perkins Eastman’s Small House is one of several recent examples of better-designed […]

Perkins Eastman’s Small House is one of several recent examples of better-designed (and greener) retirement housing.

I remember when my grandparents had to leave their home. They were in their seventies. My grandmother could no longer navigate the stairs to the basement and my grandfather couldn’t maintain their large yard. They moved to a continued-care retirement community, or CCRC, outside of Baltimore. It was your classic CCRC design: a large campus in an isolated spot off of a suburban artery road, accessible only by car, with different levels of care stationed in a smattering of lifeless, mid-rise buildings. You checked into independent-living apartments and as your capacities decreased, you worked your way into assisted and full-time nursing care.

I never liked visiting my grandparents at the CCRC. At the time, I couldn’t quite put my finger on the reason, but now I understand it was the design. This CCRC, like many in the United States, was designed for dying; it was a hospital cloaked in residential cladding. Double-loaded corridors were wide enough for food delivery to the massive cafeteria, nursing stations peppered the hallways, and machines and radio calls made an awful racket throughout the night. Survivors of the Great Depression, my grandparents were adept at making the most of any situation, but I suspect they never felt fully engaged or happy there. It just didn’t feel like home.

Today, there is a revolt brewing against this type of senior living. With the world aging, with 76 million baby boomers entering their sixties, and with many of us living longer, there is a desire for a better way to age. Design matters, and the marketplace is asking for more diversity in residential design. 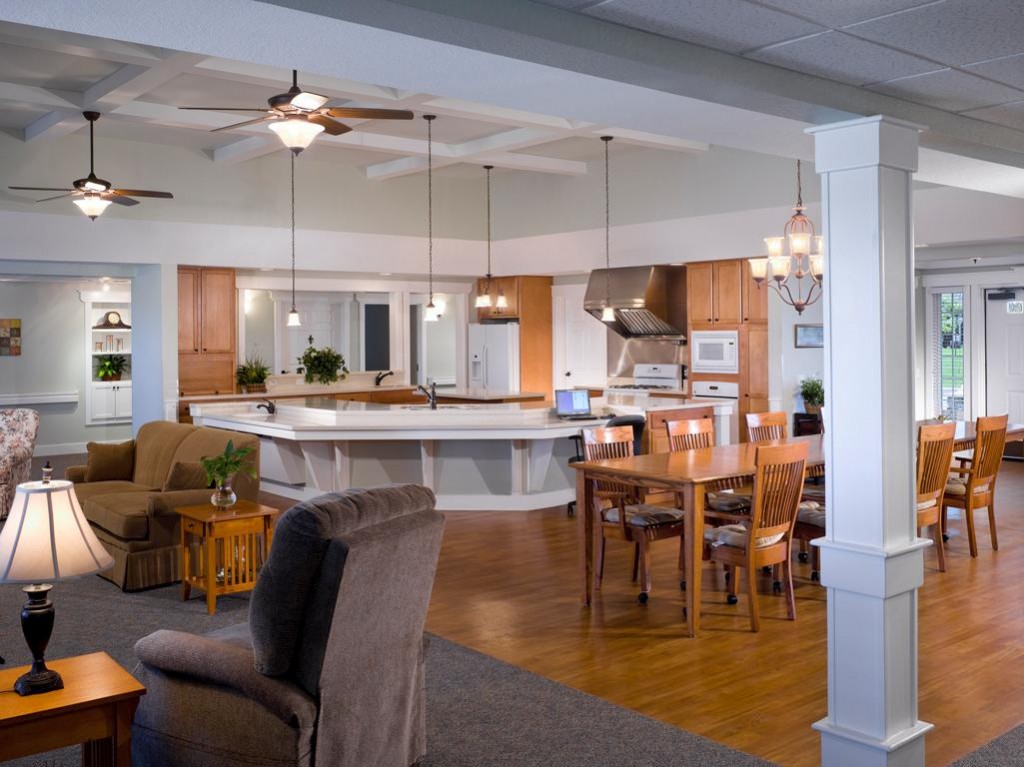 The interior of the Perkins Eastman–designed Small House

Last week I participated in a panel discussion at Build Boston called “New Models of Living for our Third Age.” The panel was organized by the Institute for Human Centered Design and was moderated by Metropolis’s editor in chief, Susan Szenasy. I presented a number of case studies from around the world that showcased new ideas for living as we age, and many of them embrace a smaller, integrated residential situation that allows people to age in community.

An example of this new type of housing, called the Green House model, can be found in Baltimore. The Green House was developed by the gerontologist and University of Maryland at Baltimore County professor Bill Thomas to provide small, thoughtful environments for people as they age. Each home provides room for ten individuals with private baths and a common hearth and living area with a community table for shared meals. They provide lots of light and access to the outdoors, and are sited in communities so that elders aren’t isolated from everyday life. Green Houses are popping up all over the country and the Senate Finance Committee recently named the Green House project a program that should be piloted. I can’t help but wonder what my grandparents would’ve thought of the place.