In her monthly “Letter from Baltimore,” Elizabeth Evitts Dickinson writes about architecture, culture, and urbanism in a city more often associated with violent crime than with good design. Click here to read her previous posts. For more by Dickinson, visit her blog, Urban Palimpsest.Baltimore, like most urban environments, is lousy with graffiti. The culture of […]

Baltimore, like most urban environments, is lousy with graffiti. The culture of tagging is well established here. Street art, though, is just starting to take off. In the last few years, wheat-pasted posters and hand-painted imagery have been popping up on abandoned buildings, sidewalks, and light poles. These works of art—and these are art—evoke the likes of Banksy and Swoon, with subject matter that arrests us in our daily travels and reminds us to again see and question the city we occupy.

Perhaps the most accomplished street art in Baltimore right now is coming from a young artist named Gaia. He is among a coterie of productive talents to be celebrated in the new book Beyond the Street: The 100 Leading Figures in Urban Art. (The North American release of the book takes place tomorrow at Deitch Projects, in New York.) 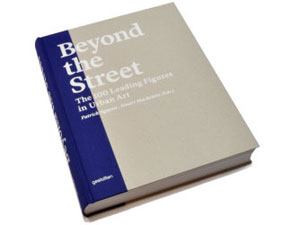 Three years ago, Gaia moved to Baltimore from his native Manhattan and quickly took to the streets. He creates paintings and posters that are either hand-painted on site or developed in his studio using a projector and acid-free sign-writers’ bond paper. He employs a combination of block printing, hand drawing, and painting to create the posters that go on the street. “My larger posters take about four hours, versus a week to make a hand-painted piece,” he says.

Animal imagery is prevalent in his art, like his intricate and beautifully rendered man-animal hybrids. The subject matter is partly a comment on man’s relationship with nature, and partly a way to express his own conflicting emotions about the natural and the urban. The work is “like a portrait of a romanticizing of nature,” he says. “Growing up in New York, I personally felt like I never had a connection to nature; it was so distant and idealistic. There’s is also the feeling that the trajectory we are on is not sustainable, yet I feel bound to this monstrous system.” 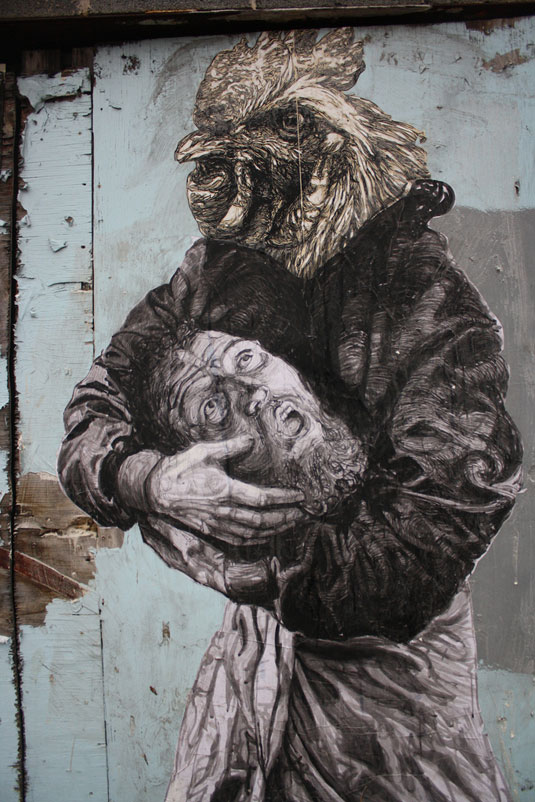 In St. John, a man’s body is topped by a Rooster as it gently cradles the severed head of a man (who strongly resembles the man in Caravaggio’s Judith Beheading Holofernes). “Saint John was Jesus’ messenger, proclaiming him to be the son of God, and he was killed for promulgating Jesus,” Gaia says. “He wasn’t listened to. [My piece] is this concept that we know that we are going on the wrong path and there are messengers telling us that our lives aren’t sustainable, but no one is listening.” (You can read more about this particular work from the art critic Hrag Vartanian.)

Like other street artists, Gaia straddles the line between indoor and outdoor, between the street and the gallery. His delicate posters become victims of the elements and city clean-up crews, but the work is immortalized in an extensive online gallery on his Flickr page. He recently had a show at Gallery Heist, in San Francisco, and this June he will have a solo exhibition at Irvine Contemporary, in Washington, D.C. 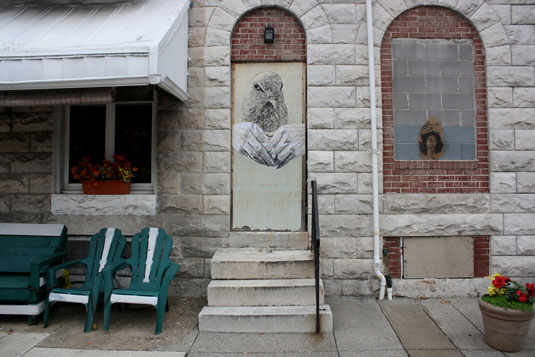 “I see the street as an extension of the studio. It’s just a different process of working,” Gaia says. “There is an urgency in producing the work. It demands working so quickly, it makes your process more efficient. You are constantly progressing. I feel every artist should practice street art.” 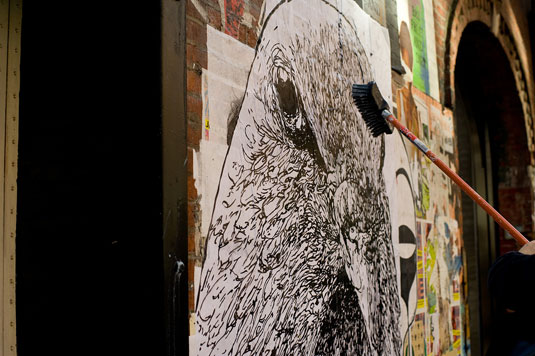 For a Google map of Gaia’s work in Baltimore, click here.