Make It Right Moves From New Orleans to Montana

The non-profit plans to set up 20 LEED-Platinum homes on Montana Indian Reservation.

Last month, Make It Right (MIR), the humanitarian, non-profit project founded by Brad Pitt in 2007, crossed a major milestone. The organization completed its 100th home in New Orleans’ Lower 9th ward, which was devastated in 2005 by Hurricane Katrina. Although the project had originally hoped to have built 150 homes in the same time, the neighborhood has already benefitted from the MIR’s involvement.

Yet, with only one house currently in construction in New Orleans, MIR is looking ahead. The group has made great strides towards establishing a sustainable master plan on the Fort Peck, Montana Indian reservation. The plans, announced in 2013, consist of 20 LEED Platinum, solar-powered homes for members of the Sioux and Assiniboine tribes that call Fort Peck home.

Unlike MIR’s New Orleans template, no star architects were called in for the new venture. The five participating firms, including Graft and Architecture for Humanity, spent four days consulting with tribal members before they had even begun designing. The dialog generated from these meetings had a real effect on the end designs, says Joseph Kunkel, of Sustainable Native Communities Collaborative. “As a tribal designer working in Indian Country, I feel we have an obligation to design and build housing that is tied to the culture, community and place of Fort Peck,” Kunkel said in a statement. “We’re excited about the potential impact this project may offer the Assiniboine and Sioux community, along with provide a national precedent for Indian Housing nation-wide.”

MIR believes that these planning measures can be deployed in similar tribal communities across the U.S. Whether you buy into MIR’s activist model or not, or reject the racialized politics of reservation planning, Fort Peck will be a development to watch. 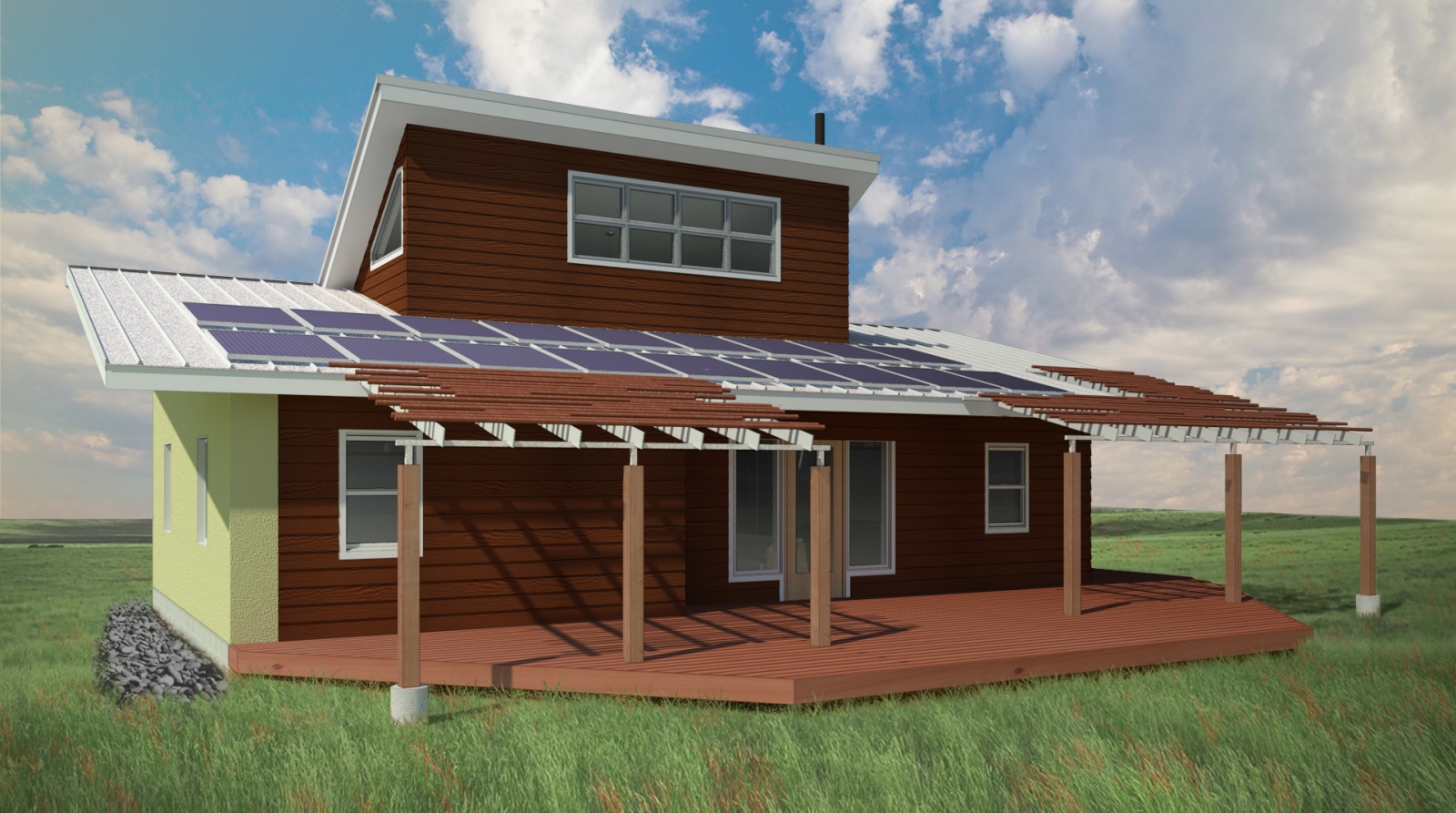 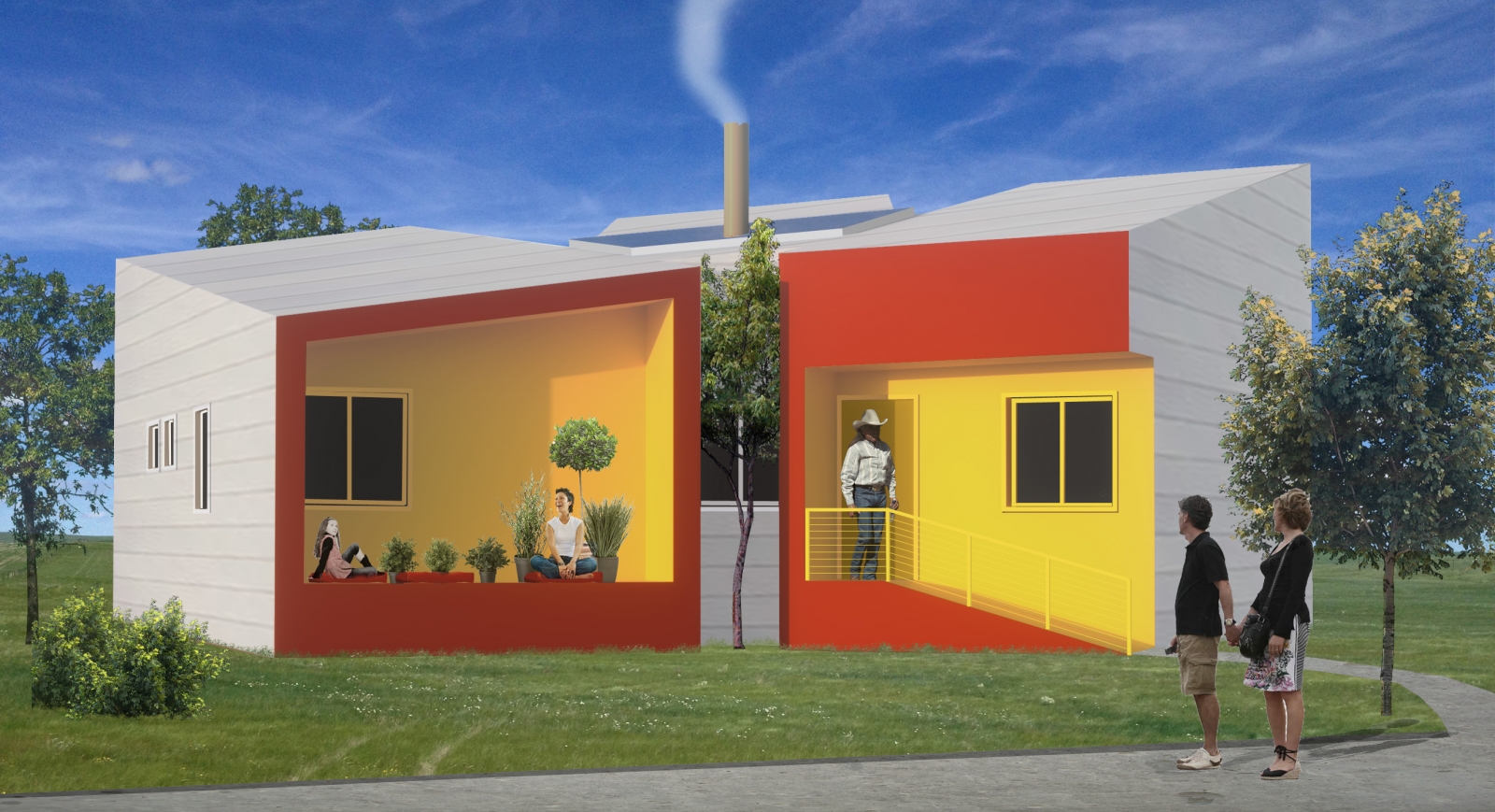 Graft, the Berlin-based firm that developed two housing types for MIR Lower 9th, have contributed a witty design—easily the quirkiest of the bunch. The house appears to have be cut in half, with the butt ends painted bright, sun-scorched colors.

The house developed by Architecture for Humanity