Manuel Estrada: A Journey Into The Design Process

The Spanish designer’s exhibition at the AIGA reveals the beauty of the design process.

There is something about the design process that continues to elude us. The more we try to rationalize it, the harder it is to pin down. The graphic design process can be chaotic, mysterious, even magical, as it sums up organizations into visual symbols, translates words into images and creates book covers that reveal as much as they obscure.

That’s precisely the idea behind the exhibition Manuel Estrada: Sailing Through Design—revealing some of the magic behind the curtain. Curated by Sonia Diaz and Gabriel Martinez, the exhibition was originally conceived for the Modern Art Atlantic Centre (CAAM) in the Spanish city Las Palmas de Gran Canaria, after which it made several stops in galleries around the world before landing at the New York AIGA National Design Center. 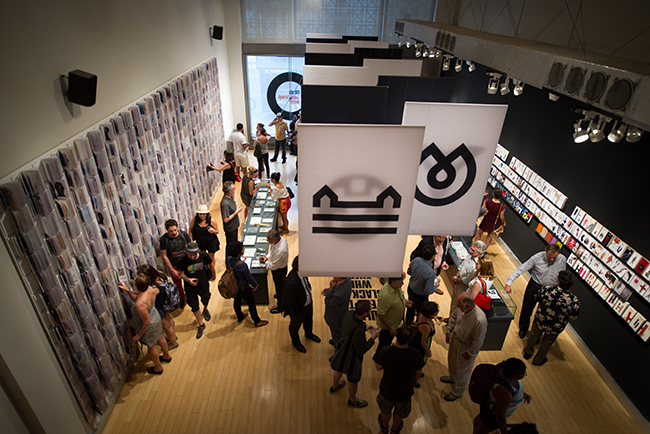 Manuel Estrada seems to be the perfect man to take on exposing the thoughts and processes that go into design. A maverick and a juggler, he works with the same enthusiasm on visual identity projects, product and packaging design, as well as book cover design, his work revealing both his passion for art as well as his background in architecture.

Since opening his design studio in 1989 Estrada has become one of the most prominent Spanish designers. His work can be seen as part of a graphic design renaissance that has swept up Spain in recent years. This surge shouldn’t be surprising. “Spanish design is progressing, but our visual culture has been at a very high level for a long time. Do not think it is a coincidence that in addition to graphic designers and illustrators, we have some great filmmakers and photographers,” says Estrada. This appreciation of tradition is strong in Estrada’s work, particularly the legacy of famed Spanish designer Daniel Gil, and his idea of condensing complex ideas into a single image—often odd and mysterious, but always visually powerful. 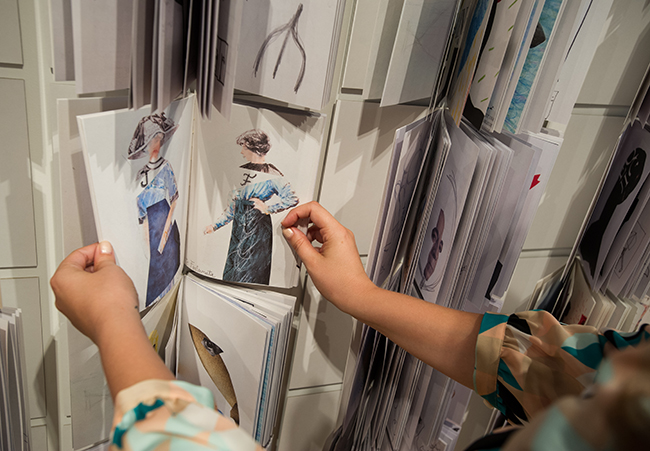 The most absorbing part of the exhibition is Estrada’s visual diaries, displayed in facsimile and spanning an entire wall. These thousands of pages burst with fantastical drawings, little conceptual exercises that unfold over pages, slowly transforming, distilling into clear and compelling design solutions. For Estrada, drawing allows the direct materialization of an idea and becomes “a genuine expression of creativity.”

While for Estrada, as with many other designers, designing begins as an exercise in individual creativity, a large part of the process remains highly dependent on the relationships and collaborations with others, from the input of the design team to the process of mediation with the client. “In my experience, a good relationship between the designer and the client is like fine wine, it improves gradually over time,” says Estrada. For him good clients are those who “know what they want and can explain what it is they want; who bring forth ideas but don’t impose them on the designer, acknowledging and respecting the designer’s work.” 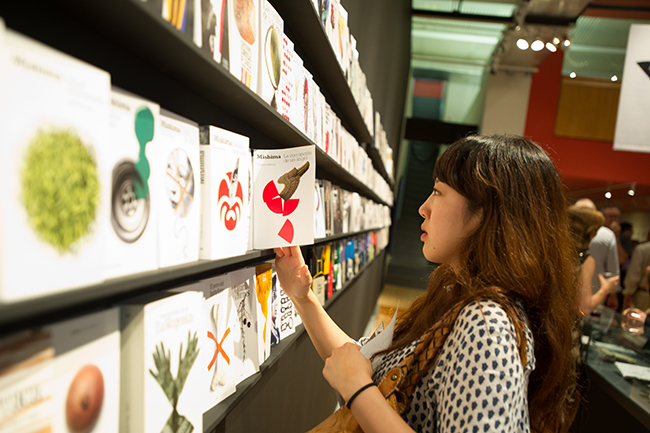 Estrada is perhaps most known for his compelling book cover designs that often present their content in unexpected ways. “In many cases writers—especially fiction writers—find it difficult to distance themselves from their work and their solutions are oftentimes too subjective or inappropriate.” says Estrada, “the case of the German Nobel Prize winner, Günter Grass, is very well known. He always wanted his drawings and paintings included in his book designs. I don’t think that’s the best idea, even in books written by graphic designers.” Estrada however found his match in the Nobel Prize winner José Saramago. He designed the book covers for Spanish editions of Saramago’s books, and collaborated with the author on a special edition of Elephant’s Journey. This, as all his other work, is an example of a book cover at its best—a marriage of form and content, language and image, that enchants the readers as well as visitors to the exhibition.

All images courtesy of Donnelly Marks.