A new organization of architects wants to change the way the profession is structured.

Architecture has a big problem, and its name is labor. Everyone in the profession knows it, and yet no one wants to talk about it. In a fierce industry where overwork and undervalued labor are elevated as virtues, those architects—particularly younger architects fresh out of school—who are moved to speak up are quickly dissuaded from doing so. The message is simple: forget your social life; make do with your meager wage; pay your dues. If you can’t handle all of that, then architecture isn’t for you.

But why do things have to be this way? Why should architects sacrifice proper compensation and a better quality of life, not to mention psychological stability, for the dangling carrots of fame and recognition? Why do architects persist in clinging to a romanticized ideal of the profession, a rose-colored view that, by definition, trumpets marginalization and exploitation?

What follows is a conversation with The Architecture Lobby , an organization of architectural workers and advocates that is seeking to restructure the profession from within. In an era where unions are demonized and harshly put down, where “labor” is social epithet, one wonders how much can actually be done to reverse the current state of things. The Architecture Lobby acknowledges these difficulties, but still holds out hope. Their first step is to empower architects to realize their own value and that of the work they produce. At the same time, architects must band together with architects if they expect to win any concessions, both in the short or long term.

Samuel Medina: What is the Architecture Lobby? What prompted its founding and subsequent activities?

The Architecture Lobby: The Architecture Lobby is a group of varied individuals—owners, workers, academics—active in the field of architecture. Its founding was prompted by varied, converging events. One was the “Who Builds Your Architecture?” conference in 2011/2 that questioned why architects building overseas aren’t active in resisting the use of indentured labor to build their buildings. A number of us thought that, given the indentured practices within our own discipline, our lack of consciousness of such labor violations in the construction industry isn’t surprising. Likewise, it drew attention to the pathetic lack of power architects have over construction labor contracts, as well as our lack of desire to fight for it.

At the same time, many of us had noticed a posting at an Ivy League university law school that listed the top 10 “family-friendly” law firms. Why would we never see such a posting in an architecture school? Not only do our architecture schools have no interest in this dimension, but they also produce graduates who have no sense of their value, such that they should expect to be wooed by the firms, not vice-versa.

Still, another motivation were theoretical examinations of the changing nature of architectural work as a result of parametrics and BIM. The touted potential these portend for reconfiguring practices—collaborative, information-driven, economically and environmentally informed, and CAD-CAM empowered—made a number of us think that new work/value paradigms could and should be supported.

And finally, the work of ArchiteXX, an organization for women in architecture pursuing equality and satisfaction in the work place, quickly identified that the frustrations they encountered in the profession were endemic to the profession, not just gender. Most of us in the Architecture Lobby were at the intersection of two or more of these functions. 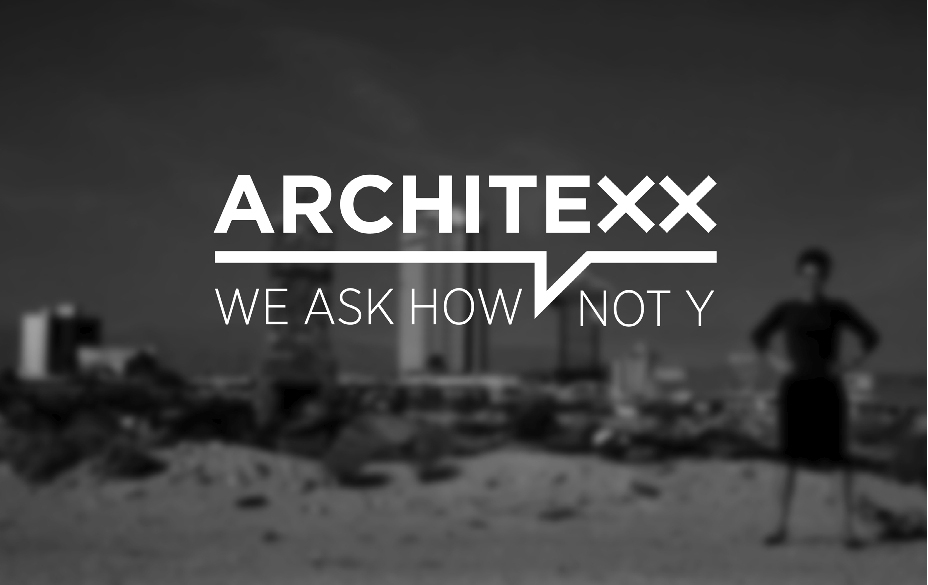 SM: What goals has The Architecture Lobby set before itself, both immediate and long-term?

AL: Our immediate goal is to collect information so that we can portray the state of architecture accurately. Hence, the survey. Other goals can be described as working simultaneously from the top down and the bottom up. From the bottom up, we are hoping to establish a generation of architectural workers who just say no. Say no to unpaid internships. No to working 24/7. No to undervaluing their education and expertise. From the top down, we want to create awareness in the public of both architecture’s value and its current lack of proper compensation. In between, of course, lies the hard work of changing the mindset of a profession that accepts itself as givers of aesthetic gifts with little expectation of reward beyond fame and recognition.

Additionally, we are working with the AIA to reach as many in the profession as we possibly can and in order to establish where we can go that they are institutionally bound not to.

SM: Why do you think architects—employers and interns/junior employees alike—have been resistant to the ideas of shorter work days and livable wages/salaries?

AL: We think, first, that architectural employers and employees alike have bought into the myth of the artiste working outside of the labor discourse. You almost never hear the terms “labor” and “architecture” together. Secondly, we have never resolved our compensation model. Unlike medicine and law, which have no problem understanding that they are service providers and developed a corresponding compensation model, we are resistant to such a characterization, preferring, instead, to be paid by the piece, by the objects we deliver. Where doctors and lawyers are paid for their expertise, we are paid for our objects. We are loath to give that object fetishization up. Thirdly, related to this last point, the professionalization of architecture was meant to insure our distinction from the building trades at the same time that it sought to limit our liability. The effects of this—the reinforcement of the idea that we provide aesthetics, not knowledge, and that we distain the risks of construction and finance—are clearly detrimental to our power and our status, but we are, again, loath to give up this central core of our professional identity. If we are willing to let go of these outmoded self-definitions, we can gain power, satisfaction, credibility, and proper compensation. 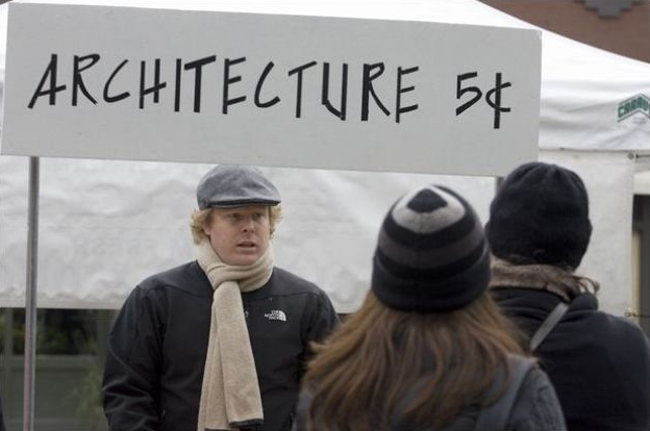 SM: How might architects begin to improve their working conditions? Does the onus fall on interns/employees or on employers, or both?

AL: It falls on both. Many of us who teach have heard our graduating students say, “I’m willing to work for little because I know the firm I’ll be working for is making very little.” That chain needs to be broken from both ends. The first step, for the Architecture Lobby, is putting a mirror up to the profession so we can see ourselves for what we are. The first step for the profession—both owners and staff—is to refuse unfair compensation. Acting collectively would dispel the fear that when we say no to a client for unfair fees, another firm will step right in; that if we say no to wages that, when calculated hourly barely yield the minimum wage, someone else will take that job. But that collective mentality will take time to develop, especially given the AIA’s disseminated fears of being caught price-fixing. Everyone needs to start with their own consciousness as workers, not just architects.

SM: Are there workable solutions from the profession’s past that can serve as lessons? Or are overwork, unreasonable compensation, and unpaid labor constituent features of architectural practice?

AL: It is clear that the larger, more corporate the firm, the greater the use of HR policies that pay overtime, give benefits, etc. There tends to be a direct relationship between size/boutiqueness/design aspiration and quantity of best practices. At the same time, we need to remember that it isn’t just a question of compensation, but of control, autonomy, and recognition. Likewise, firms that recognize that managing the process of design is as essential and as creative as the design of the object offer instructive models of success. One thinks of the current achievements of BIG.

You almost never hear the terms “labor” and “architecture” together.

What is more interesting, though (and we have just begun to coordinate our knowledge here), is identifying alternate forms of compensation for firms. Can we be supported by venture capitalists like tech start-ups? Can we be traded on the stock exchange? Caudill, Rowlett, Scott (CRS), at one point the largest architectural firm in the country, was the first architectural corporation to appear, in 1971, on the US stock exchange. While their move to public ownership has been criticized as the beginning of the firm’s decline—as it changed from “one ambitious but still service-oriented [and] imbued with humansitic ethos” to one that was merely profit oriented—the structure of public ownership itself may not be to blame, as many tech companies today demonstrate.

Equally noteworthy for contemporary practice is CRS’s “marketing through research,” which preceded the public offering and is linked to it by the desire to escape a merely client-driven reputation. Presenting the work of the firm as research and not merely as design solved the paradox of needing to impress both clients (marketing) and peers (research). [Current examples of firms that are publicly held corporations include AECOM and URS (formerly United Research Services).]

SM: So far, we’ve addressed the issue from within the industry itself. Pulling back, however, reveals how architectural work is repeatedly valued less than other, comparable work within the creative and knowledge industries. Why is this so, and how can architects collectively work to shift this bias?

AL: One answer is that architecture has fallen between the cracks of art and profession, getting the worst of both. We neither organize our compensation in the manner of other professions nor leverage our creativity like tech industries or artists selling at major galleries. Part of this is the perception the public has of architecture: on the one hand, everyone feels qualified to judge special distribution, there being no mystique about what we do; on the other, our expertise seems only to bring added expense and hubristic, aesthetic strutting. Another part is our own inability to quantify our value, either in terms of cultural gain or in terms of environmental sustainability. Collectively, we can start tracking how; over the long term, we save rather than spend our clients’ money and be willing to share this information with each other.

SM: You have said that the media is partly to blame for the current state of things. How, again, can architects shift the spotlight from flashy building form to the creative makers behind these projects?

AL: 1. We can refuse to do monographs, interviews, or profiles that talk solely about our buildings and not the R&D, intelligence and collaborations that led to them. We can make sure that the media profiles architecturally-trained people who work in government and/or non-profits. (One couldn’t help but notice that the majority of women who are leaving with Bloomberg for his new “Cities Initiative” have architectural backgrounds.)

2. We can pester those who write articles about community board workshops without mentioning the architects who are organizing those discussions and designing the outcome. (They generally mention the agency that sponsors the proposal but not the architects who take on the work.)

3. We can put better models of success before our students so that they are interested in more than formal virtuosity. We can encourage articles about how buildings have faired 10 years after their completion so that the public knows we care about things beyond the photo-op.